The books, films and trance rhythms that inspired Embrace of the Serpent

For his hallucinatory new jungle story, Colombian director Ciro Guerra put aside Herzog movies in favour of delving much deeper into the history and people of the Amazon. 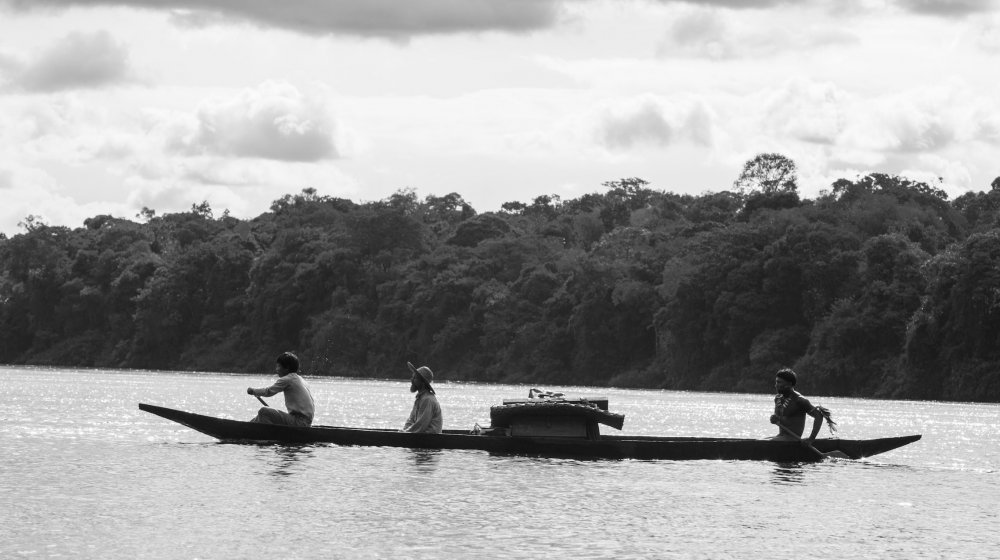 Embrace of the Serpent is in cinemas, including an extended run at BFI Southbank, from 10 June 2016

Its UK premiere was at the 59th BFI London Film Festival

Ever since Ciro Guerra’s Embrace of the Serpent screened in the Directors’ Fortnight at the 2015 Cannes Film Festival, it has been showered with accolades. It’s easy to see why. A stunning monochrome voyage into the Amazon, it’s at once a poetic meditation and a blistering indictment ranging from issues of ethnography to colonialism and the disappearance of indigenous cultures.

Amid all of the praise, there has been a recurrent trend to liken the film to famous silver-screen narratives about journeying into the heart of darkness. This was even the case when Guerra began preparing the film, but he soon discovered he needed to turn that narrative on its head. “I said that this is a film set in the jungle and I should go back to films made in the jungle, but then I realised that the film couldn’t drink from that well.” 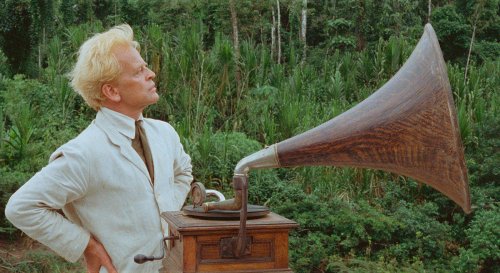 “For example, Fitzcarraldo (1982), when you find out what that real story was, you find out that he was a genocidal maniac and a bloodthirsty rubber baron and you realise that the story has only been told from one point of view.” As such, the cinematic influences that had served Guerra as his compass previously were no longer going to be useful. “I thought this was okay because recently I feel that films tend to be too much about cinema; it’s like a dog chasing its tale in many instances. I think cinema also needs to take its inspiration more and more from life. Even though film history is invaluable, it is sometimes also necessary to depart from it.”

Guerra kindly took the time to share some of these influences – and it seems cinema is not easy to entirely dismiss out of hand. 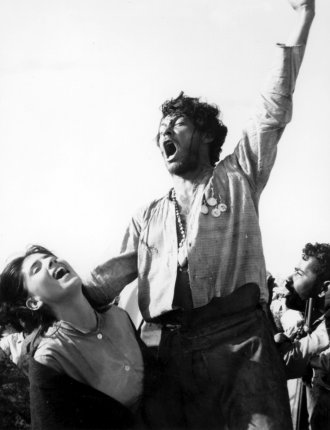 “Brazilian filmmaker Glauber Rocha’s films – especially Black God, White Devil – have been an important influence on me throughout my films and still are here. Also Cuban filmmaker Tomás Gutiérrez Alea and films like The Death of a Bureaucrat (1966) and Memories of Underdevelopment (1968). They are influential in all my work because they are films that really question what it is to be Latin American. They look at the world from South America, so they are films that are decolonising, in a way. They are looking for a form that is truly ours. I don’t see them as something that I would try to imitate, but a general feeling that I aspire to.

The photos of Theodor Koch-Grünberg and Richard Evans Schultes

The biggest influence for the visual part of the film is the photographs. They were the main resource that we used – they were essential. Theodor Koch-Grünberg took photographic plates and in those plates you see people where that’s the only record of their existence. Richard Evan Schultes took brilliant pictures with that famous camera, his Rolleiflex. These were the main influences for the film and how it looked. There were lots of reasons why it had to be in black and white – it just couldn’t be any other way – but these photographs were the beginning of why.

The sound is the work of sound designer Carlos García and the idea behind it was to create a trance-like experience. When you go into a trance, through repetition you are sort of released from your senses and elevated into a spiritual state. I think that cinema can do that; cinema has the power to do that. Carlos was listening to things and I’ve no idea what they were. He organised the sounds of the jungle in rhythms and frequencies that would put the audience into this trance state and it’s essential because, since the film doesn’t have colour, there’s a lot of information that the picture is missing. 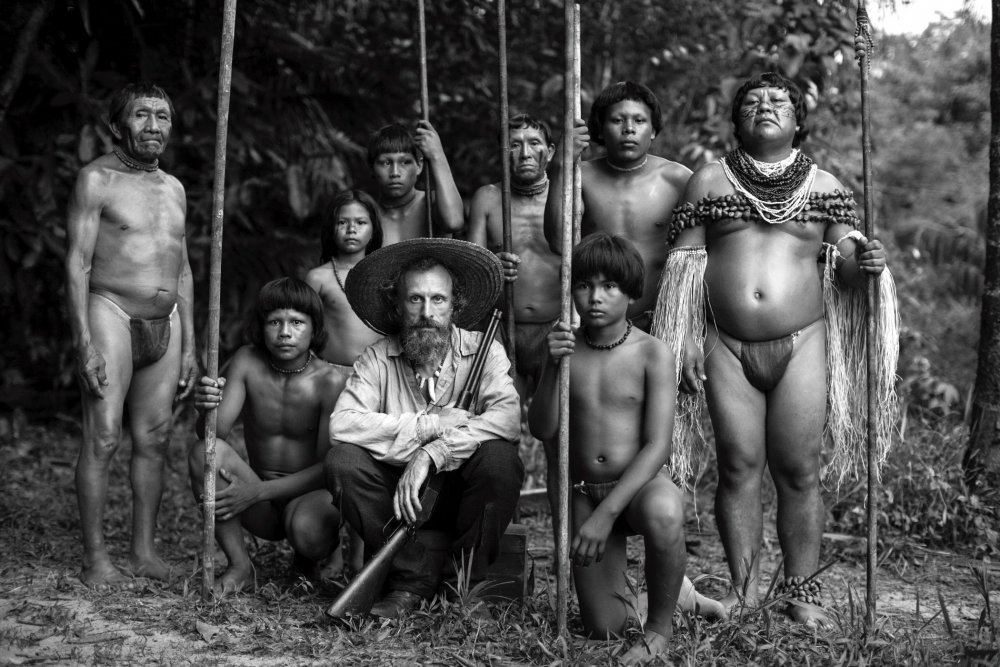 This information is completed by the sound, but this immersive experience – along with the film being in black and white – creates a feeling of detachment from reality and helps you go into this trance.

The journals provided me with all the materials for the stories. The funny thing is, the crazier something seems on screen, the closer it is to what really happened. For example the Messiah sequence really happened – I don’t have that much imagination! It’s all in the journals of Koch-Grünberg, the story of a Colombian rubber worker who arrived at the border of Colombia and Brazil in the 19th century and proclaimed himself to be the Messiah and he got to have thousands of followers. 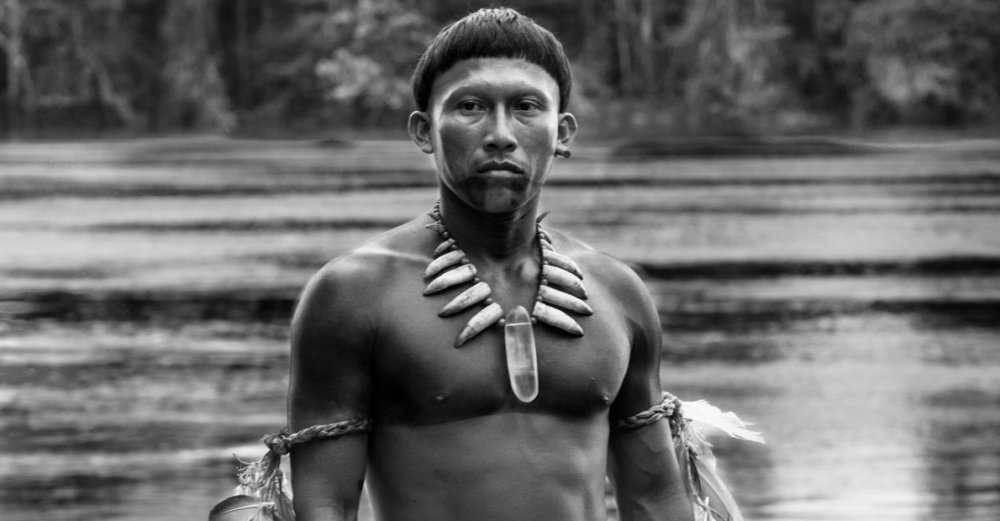 Amazonian stories are incomprehensible to us, but I think it’s a fascinating way of telling stories, so the narrative is heavily influenced by myths – for example in the structure of the two explorers. There was an anecdote in the second volume of Vom Roraima zum Orinoco about when he arrived with the Taulipang people and they kept talking about the myth of Surumbuku. He writes “I don’t understand why they keep referring to this myth over and over again” and after a while he realised that Surumbuku is [19th-century explorer Robert] Schomburgk. Not only that, they see him, Koch-Grünberg, as being the same person. So this idea of a single spirit travelling in the bodies of different men, is completely Amazonian, but it was something that we could understand. So for me it was a click because it was a way into Amazonian thinking, understanding time and storytelling. 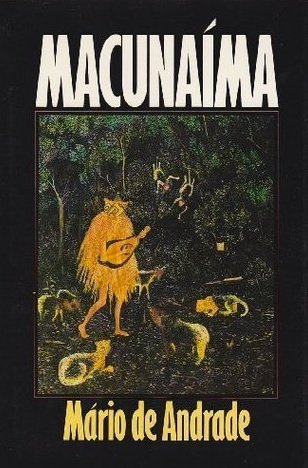 There was one book in particular which I might not call a source of inspiration, but it was definitely a dialogue I was in. Macunaíma is considered one of the greatest works of Brazilian literature. In the 19th century, Mário de Andrade collected the second volume of Koch-Grünberg, all those myths, and he made a novel based on that. It is also almost incomprehensible but it’s fascinating and it definitely gave me ideas. During the research I also read Amazonian literature. In Colombia we only have one book published 100 years ago called La vorágine by José Eustasio Rivera, and it’s the great Amazonian novel in Colombia. I was also reading Peruvian authors and Brazilian authors – in particular César Calvo – because they have a much more active and fertile Amazonian literature.

Related to The books, films and trance rhythms that inspired Embrace of the Serpent