Black Panther and a black Bond? Ryan Coogler on his favourite film and influences 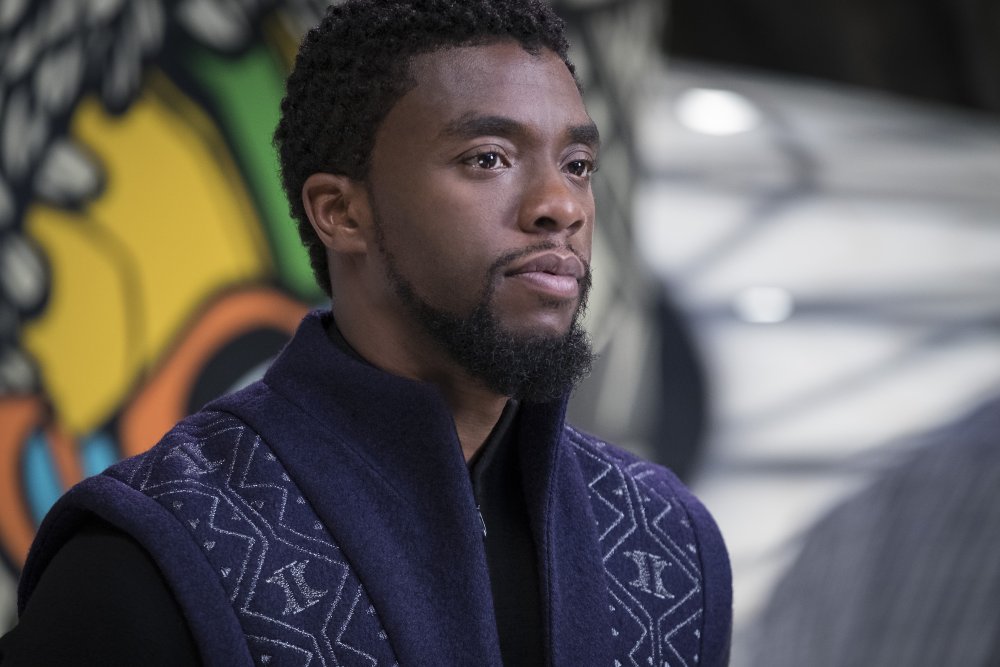 Black Panther is in cinemas from 13 February 2018

It’s a wet, grey winter afternoon in central London, but director Ryan Coogler is happy and enthusiastic. Having declined to answer if he’d like to direct a James Bond film of his own, he’s forthcoming about who he’d like to see as 007. He says: “I love [John] Boyega. I saw him last night. I think he’s brilliant, man. I’d love to work with him. There goes your black Bond, right there: Boyega.”

T’Challa soon finds his nation under threat when Wakandan exile-with-a-secret-past Erik Killmonger (a pumped up but low-down Michael B. Jordan) and arms dealer Ulysses Klaue (Andy Serkis) team up to end the Black Panther’s reign over the secretive, self-sufficient kingdom. 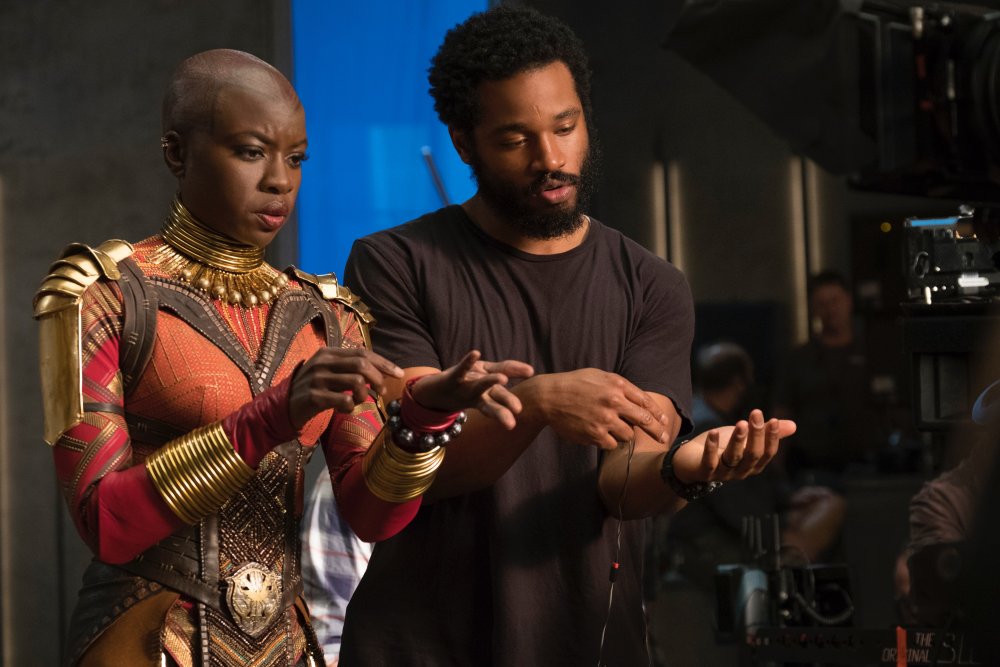 To avoid a catastrophe that would have ramifications for Wakanda and the world at large, T’Challa has to work with fierce members of the Dora Milaje – Wakanda’s all-female special forces led by General Okoye (Danai Gurira) – his wise-cracking scientist sister Shuri (a scene-stealing Letitia Wright) and sceptical CIA agent Everett K. Ross (Martin Freeman).

Fast, furious and funny, Black Panther boasts a stunning Afrofuturist look and sound, yet the inspirations behind the film came from far and wide, as we discovered when we asked Coogler about its cinematic influences.

Timbuktu was a big one. I loved that movie. We used a lot of architecture from Timbuktu in the ancient Mali empire, looking at it as a place of African excellence, pre-tyndallisation – pre-European colonisation for sure. Timbuktu took place around some old structures. The very interesting decorative scaffolding that you see on almost all the buildings, we took and put it in Wakanda for the Dogon tribe. The Mali empire was a big influence for the tribes in Wakanda. 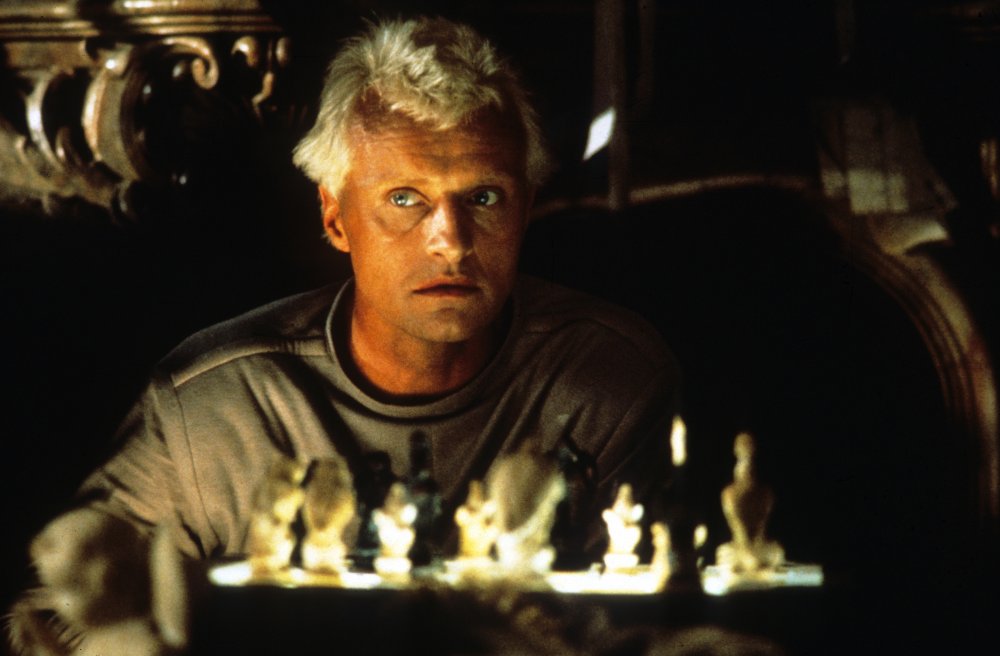 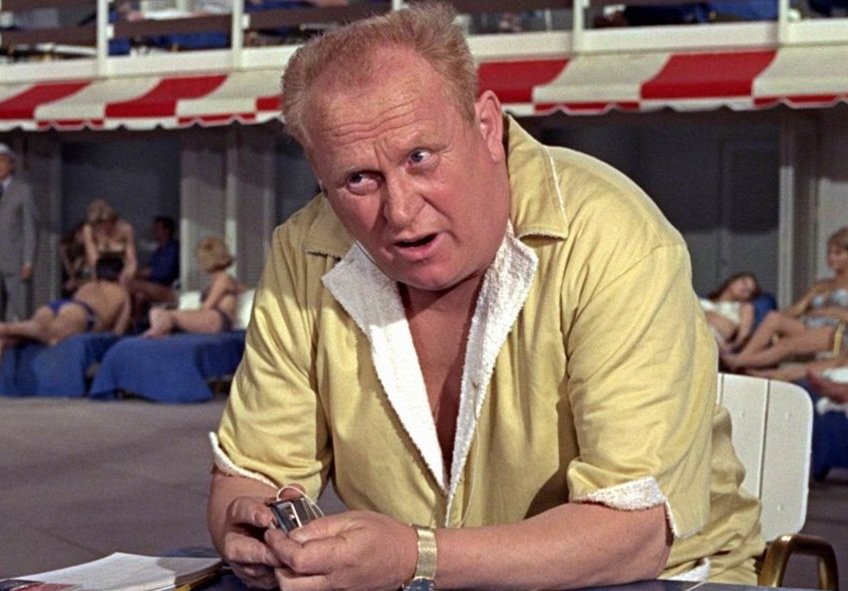 The character of Goldfinger is kind of unhinged and dangerous, but at the same time he had a quality to him that seemed like you would meet him around. He was a very grounded Bond villain. You say “Oh, I’ve met that dude,” as opposed to some of the other ones that are a bit far-fetched. We wanted our villains to feel like that. We want [Ulysses] Klaue and [Erik] Killmonger to feel like people you could meet.

He had a period where he couldn’t miss. He’s such a brilliant filmmaker. Probably one of the most amazing experiences I’ve had as a filmmaker was meeting him, watching the film and getting notes from him, and talking to him about his experience of making movies. He has a penchant for telling intimate stories that feel massive and mythical at the same time, that feel timeless. His films have a timelessness to them that’s just amazing. 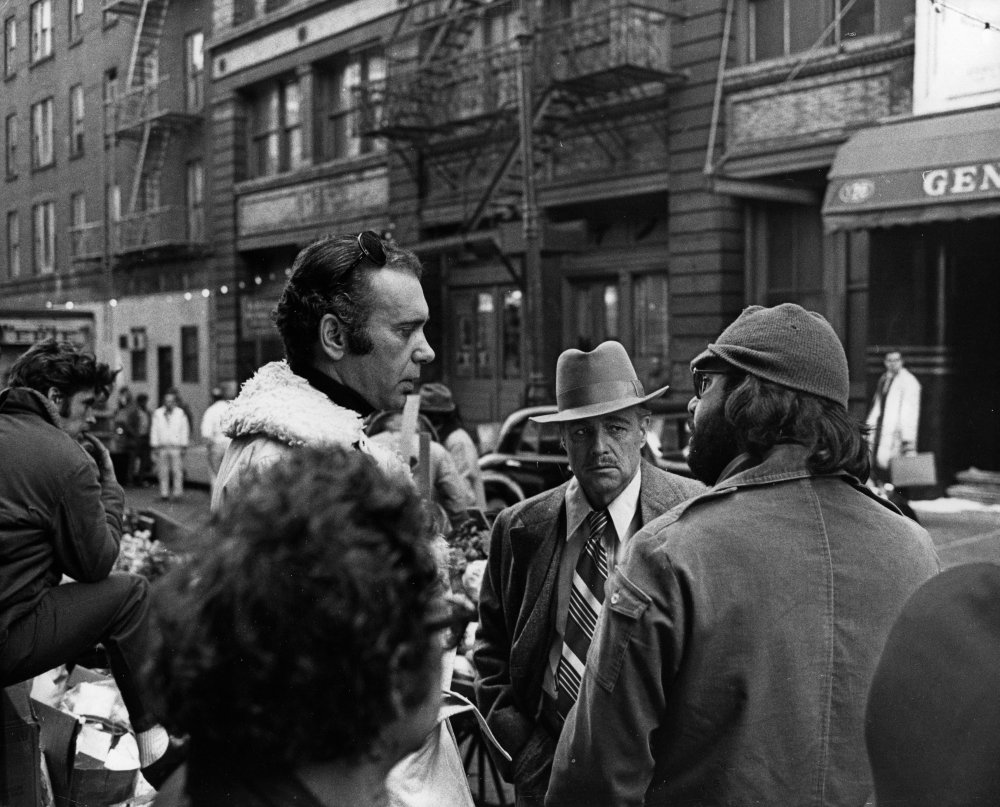 Did he give you any specific Black Panther advice?

He did. He gave great notes. He’s so sharp. One of the things he said that I’ll take with me forever is about the key information that’s imperative for the audience to understand the emotional power of the film.

You need to state it three or four times just in case someone in the theatre is looking down. He was saying how one time ain’t enough, particularly in a scene where someone is recounting something that happened before.

In the cut that he saw, we were using characters names. He was conscious that there was a name and there was an emotional name, so for instance if the character’s best friend’s name is Bob and you say “Bob did this”, it’s actually better to say “best friend did this” so people understand that relationship, which allows the audience to put themselves even closer in perspective. Because they don’t know Bob, but they have a best friend. It was that kind of advice. It was invaluable. 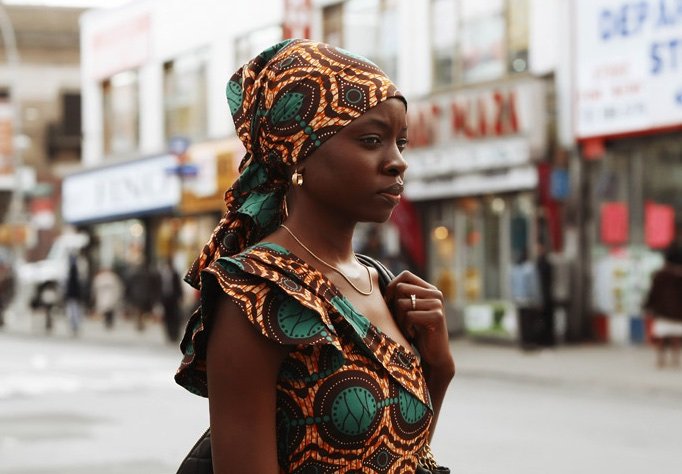 That was a film I saw Danai [Gurira] in. I love how the costumes felt, and the pride in the culture you felt in that movie. 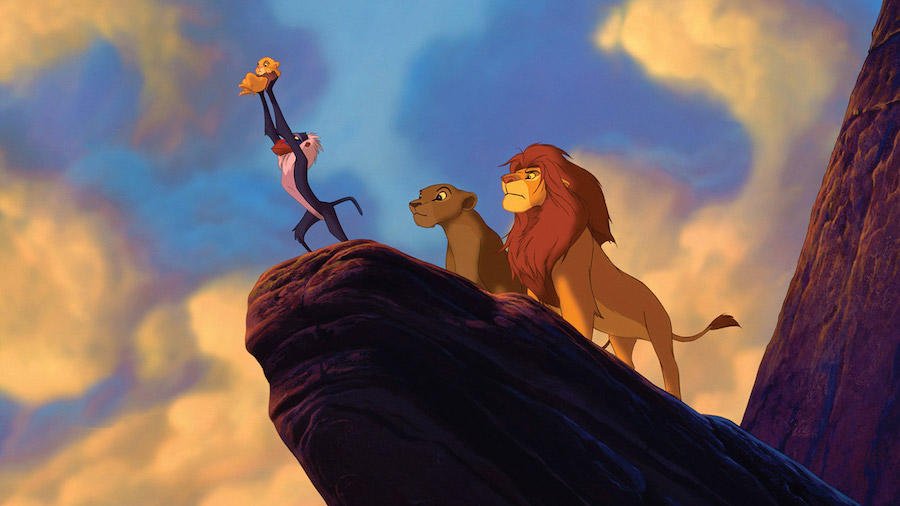 It was basically Hamlet in Africa, but with animals. Which is a bit of a bummer. 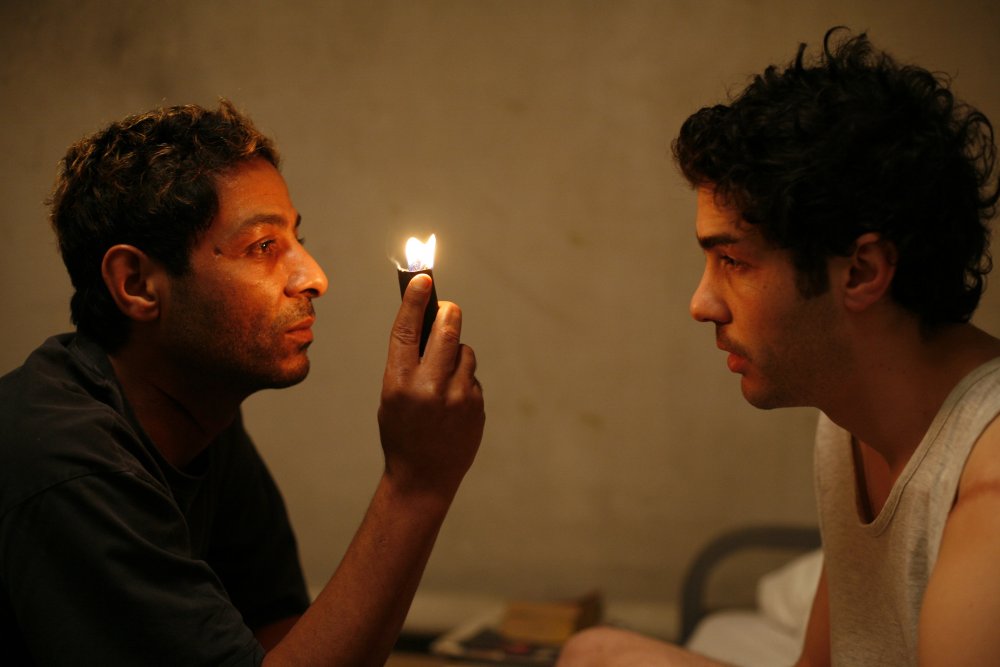 It’s my favourite film. To this day it’s the most important movie for me as a filmmaker.

I find everything in it is operating at a high level. It’s got some personal things that speak to me. Incarceration had a big effect on my life. For 30 years my dad worked in a jail. I’d go visit him, and I worked there from age 21 to 26, after I graduated and to the point I made Fruitvale.

I worked with my dad whenever I could to make money. When I was at film school I worked there, so I spent a lot of time around incarceration. The music’s fantastic – it’s [Alexandre] Desplat. The story and the symmetry of it. Every time I make a movie, A Prophet is probably the single biggest influence. I make sure everybody who is working on the film has seen it.

Was there anything in A Prophet that mirrored what you and your dad experienced in your prison work?

Yeah. The effect of an institution on a person is one of the themes in A Prophet. The idea that prison is supposedly a place where criminals become reformed, pay their debt and come back out to rejoin society, but so often people can go in there and come out even worse, even more efficient criminals.

A Prophet is very much a story about that, but it’s also a story about a character who goes into a place without an identity, which is like a death sentence, and comes out of it having used the fact to his advantage. He comes in with nothing and leaves with everything. It’s very interesting, and in the same way makes a cultural commentary on France. 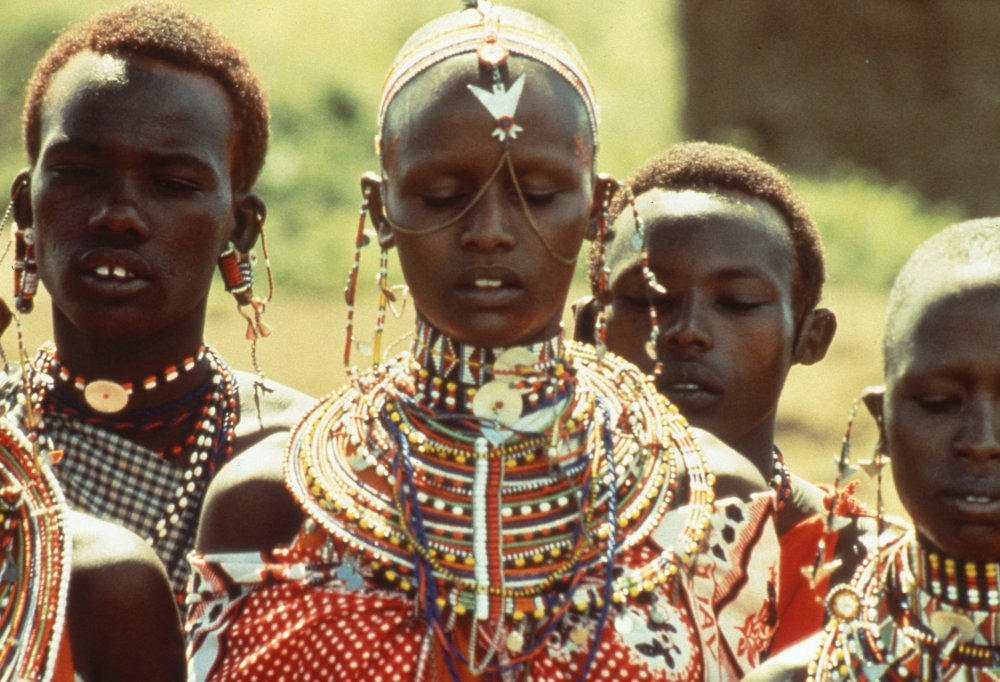 What we looked at a lot was [BBC nature documentary series] Planet Earth (2006), [Ron Fricke’s documentary films] Baraka (1992) [and] Samsara (2011). It was more non-fiction filmmaking, more than the science fiction stuff. For us the ancient nature of everything was actually more interesting than the futuristic element. We thought that would be more unique, if we could make it like an ancient African place that had built on itself for a long time – if that makes sense.

What was it specifically about these films that inspired you?