Ben Wheatley on High-Rise: ‘We were making a futuristic film about a projected past’ 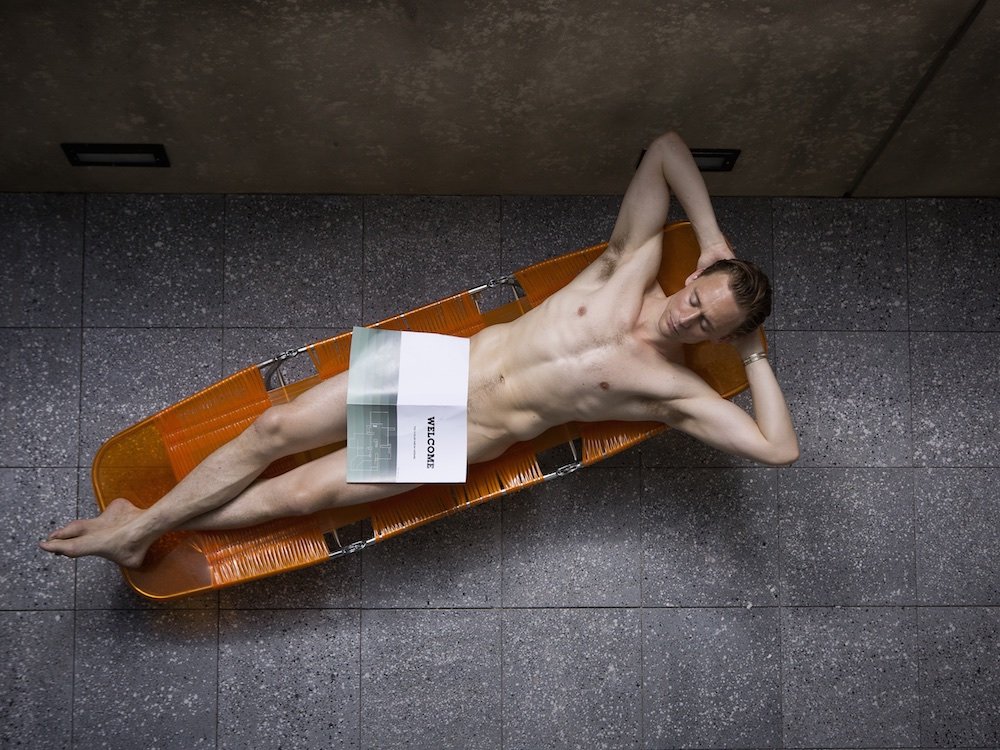 Opening with the line “Later, as he sat on his balcony eating the dog…”, J.G. Ballard’s justly celebrated 1975 novel was never going to be the easiest work to adapt for the screen. It’s the tale of a modern tower block with amenities enough to allow it to exist in relative isolation, with the block structured according to the bank balances of its inhabitants. The cocktail-party-loving wealthy frolic in the penthouse suites above; the less privileged look enviously up at the endless hedonism from the floors below. It’s a pressure cauldron situation and all too soon, as witnessed by young doctor Robert Laing, society slips into a violent reverse and an extreme survival-of-the-fittest mentality takes hold.

Arguably the ultimate dystopian tale from an author who regularly peered behind the façade of respectable social behaviour, High-Rise was once a project developed by producer Jeremy Thomas with Nicolas Roeg scheduled to direct. It never came to fruition, but Thomas kept the flame alive through numerous other incarnations, and now British director Ben Wheatley, whose previous work has explored themes of primal urges, secret sects and the sense of civilisation teetering precariously on collapse, delivers a startling and audacious take on fragmentation, tribalism and class injustice.

Adapted by Amy Jump and with a cast including Tom Hiddleston (as Dr Robert Laing), Jeremy Irons as the god-like architect Anthony Royal, Sienna Miller as Charlotte Melville, Luke Evans as Richard Wilder (a producer of television documentaries with a nose for uncovering uncomfortable truths) and Elisabeth Moss as Helen Wilder, Wheatley’s film captures the source material’s alarming psychological insights while also emphasising the profoundly disturbing connections between technology and the human condition. Beautifully evoking the 1970s, it features a minimalist electronic score by Clint Mansell as well as an astonishing take on ABBA’s ‘SOS’ by Portishead.

It had been a book I read as a teenager and I loved it; there were rites of passage of reading that included Naked Lunch and other books by Burroughs and Ballard. We’d been looking at licensing books to film and sat on the sofa and looked at my shelf of books and saw High-Rise and thought, well why has nobody done it? I didn’t know the back story of Roeg and Jeremy Thomas and so contacted my agent and asked who had it. I was told that Jeremy Thomas did. Within three days I was at The Recorded Picture Company and talking to Jeremy. Luckily, he’d had recently seen Sightseers (2012) and so it all came together quite well. 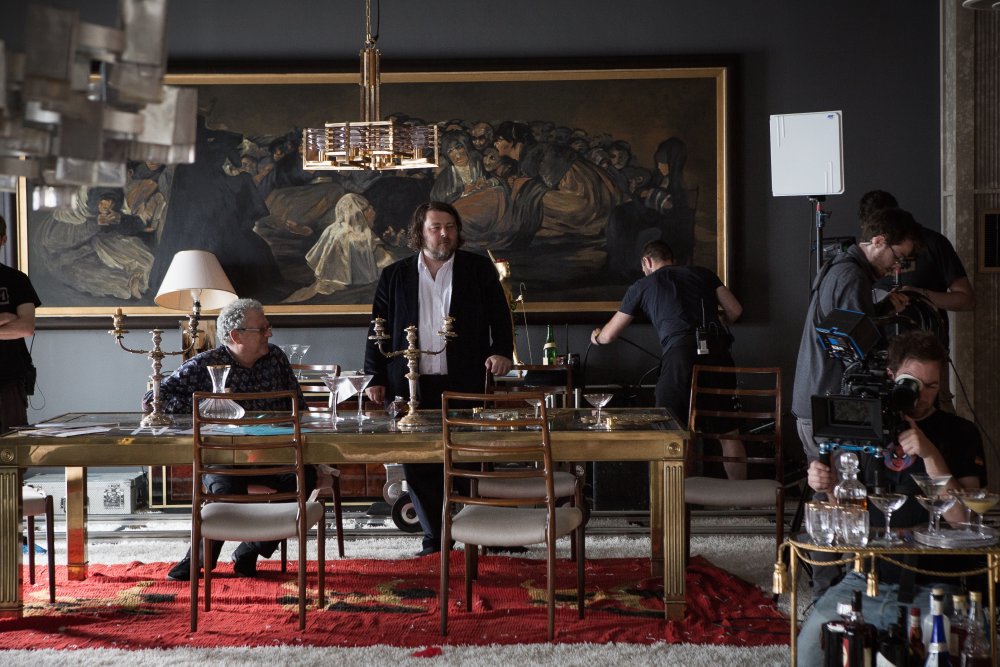 Jeremy Thomas and Ben Wheatley on set for High-Rise (2015)

The timing of the film is incredibly pertinent. It really feels like you are taking the pulse of the nation. Though the book was written in 1975, did you feel it was important that the film should have real social and political resonance in an era in which the divide between the rich and the poor is becoming increasingly clear?

I think that the issue that people had with the book in terms of adapting it was that they thought it was futuristic and that it was projecting into the future. But the future Ballard was projecting was forward of 1975 and we have lived into that future. We were making a futuristic film about a projected past. Because we have seen what happened, and Ballard also saw it coming down the pipe, we decided to have the end quote from Thatcher about state capitalism.

I was impressed by the balance between computer-generated effects and actual locations. It gives the film, and the high-rise especially, a much needed sense of authenticity. Were you keen that this sense of equilibrium be achieved? As a spectator, it is essential I feel that one can believe in the world and the society you depict.

It was really important that the building felt real. It was a little bit bigger than the flats that were built but not massively so. The flats in the film are not actually that big, except of course for Royal’s. We looked at a lot of brutalist buildings but we were also looking at an alternative 1970s. We didn’t want a greatest hits of the 1970s with circular televisions and kipper ties. We wanted to be a time out of time. 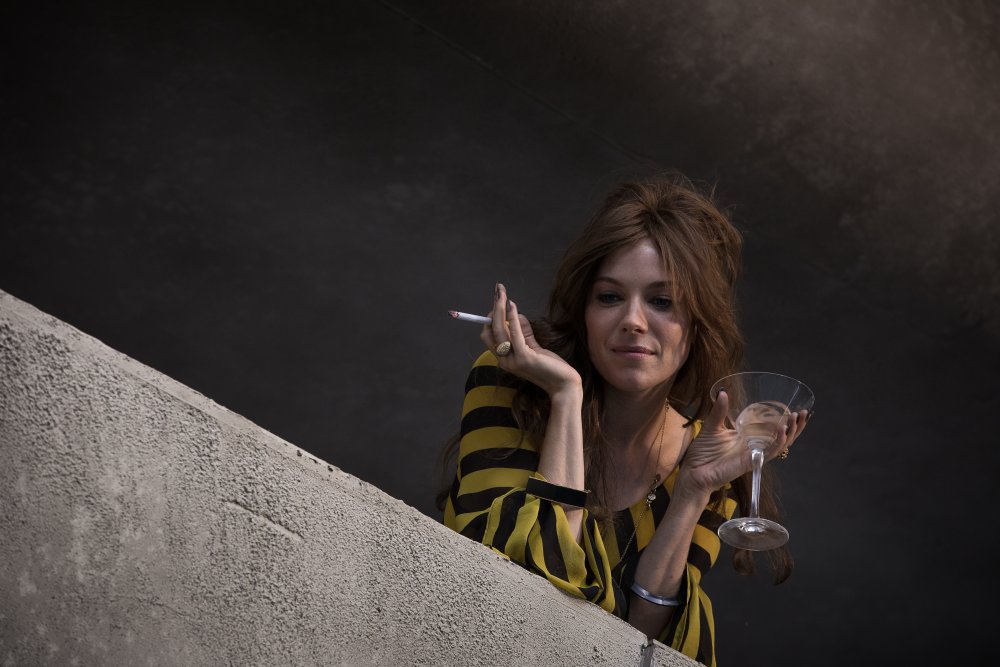 Your work has always had an interest in sects and tribalism and the idea of a society teetering on the brink of a return to primitive behaviour.

It’s essentially a contradiction of our time. We all drive cars but don’t really care where the petrol comes from. Countries that produce oil are bombed but we are removed in our empathy because we want to continue to be able to drive our cars around. That was one of the most heartbreaking things about New Labour. There were more wars under Blair than there were under Thatcher.

As people that live in a country with an army that is out in active service we are part of that. That’s the ugliness of our society and we can’t pretend that we are not responsible. This is certainly what Kill List (2011) is about. They bring the war home. People’s memories tend to be short. When we look back at the tribes that have lived in England, they have done all sorts of terrible things. And will continue to.

The combination of observation and humour is an overlooked facet of Ballard’s work I feel. Your work is perhaps more noted for its black humour.

Ballard’s work is very funny I think, but it is very hard to translate. Because the humour is in the turn of phrase. The humour in Ballard’s High-Rise revolves around how he describes people and what they do and it’s difficult to do that as a straight translation. I honestly think that Amy has done a fantastic job with it.

It’s incredibly visceral. I am thinking especially of Laing dissecting the severed head.

It’s a statement of intent. It’s a film that is very much about the stripping away of social masks and showing what is literally beneath the surface. For me that was a really interesting image,

It’s a risky role for Tom Hiddleston as young doctor with a faint whiff of conscience. He’s the most sympathetic character in the film but that really isn’t saying very much.

I’ve watched Hiddleston in the films of Joanna Hogg and the Marvel pictures he has made and enjoyed him in both. He’s a very smart guy and knows how to play complexity. As an actor he’s also incredibly committed.

He destroys Jeremy Irons on the squash court.

I have to say, Irons was pretty tough too… 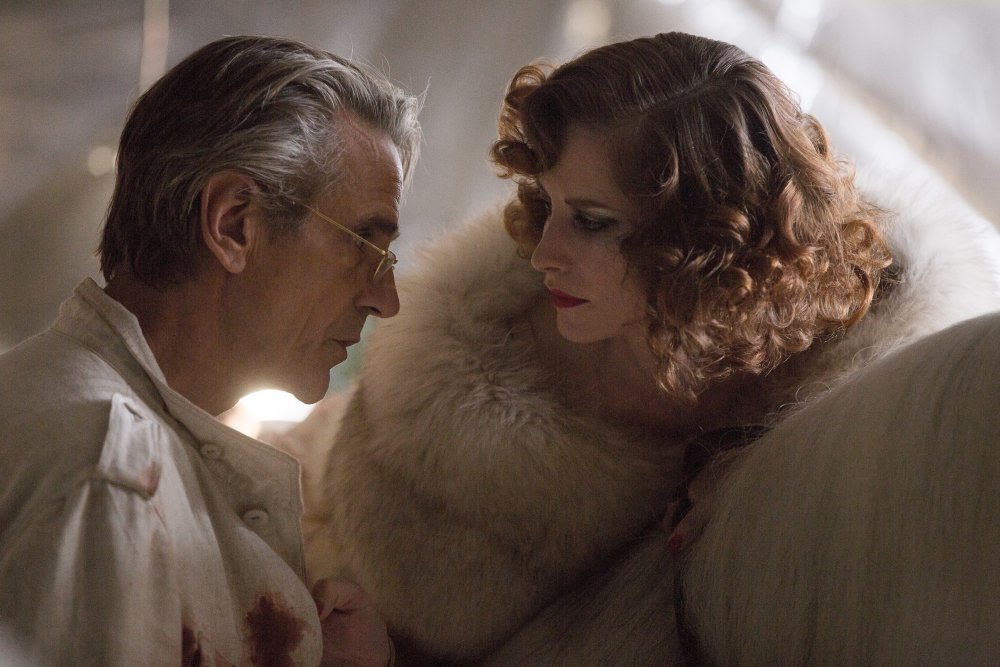 You work with a number of your regular cast (Reece Shearsmith, Julia Deakin, Peter Ferdinando) but also work for the first time with actors such as Keeley Hawes…

I wanted to work with James Purefoy for years. Keeley Hawes was terrific. There isn’t a weak cast member. It sounds gushy bit it was genuinely a treat to go on set.

There is also a continuation in terms of your work with writer Amy Jump and cinematographer Laurie Rose. Do you enjoy the fact that each of your films retains an aesthetic and thematic dialogue with your previous works?

It’s the team that we’ve had from the beginning. Rob Entwistle in the sound department and script supervisor Anita Christy are really important. I like that my films feel like supercharged versions of Down Terrace (2009).

The minimalist score is terrific. Can you just say something about working with Clint Mansell and having Portishead cover ABBA?

I was watching Portishead at Glastonbury and then I realised that Geoff Barrow was following me on Twitter and that he was a fan of A Field in England (2013). I followed him back and we eventually met. And I just said: “Are you interested in doing this?” I had to write a permission letter to Benny Andersson – thankfully he said yes. The process of working with Portishead is one of the treats of filmmaking, as is working with Clint Mansell. I had heard that Clint was keen to work on High-Rise and so I quite simply contacted him. The process was a little different on this film because the process was less montage-driven and more propelled by an underscore. This was much more of a suite of sounds. It presented a different challenge.

This is, to be fair, quite a high-risk film given the admiration for Ballard and for this book particularly. Are you wary or excited concerning its reception?

To be honest I haven’t thought about it. It’s about making the best film you can make and hoping that people like it. You really can’t spend time worrying about it. If you worried about it, you make it differently and then end up chasing a mystical audience that exists only in your head. I make films that I want to see and hope that I am in tune enough with an audience that other people are going to want to see it as well.

I don’t want my choices compromised. We wrestled with the book, which was difficult to adapt, and tried to be as true to the book as we could. The translation of a book to a film can’t please everyone. It just can’t. The ethos of Down Terrace was that a group of people got together to make a film and didn’t worry about asking permission. This comes from a very similar attitude.

Related to Ben Wheatley on High-Rise: ‘We were making a futuristic film about a projected past’