The creative team behind the Scottish drama chart the pills, spills and bellyaches of a bygone cultural scene. 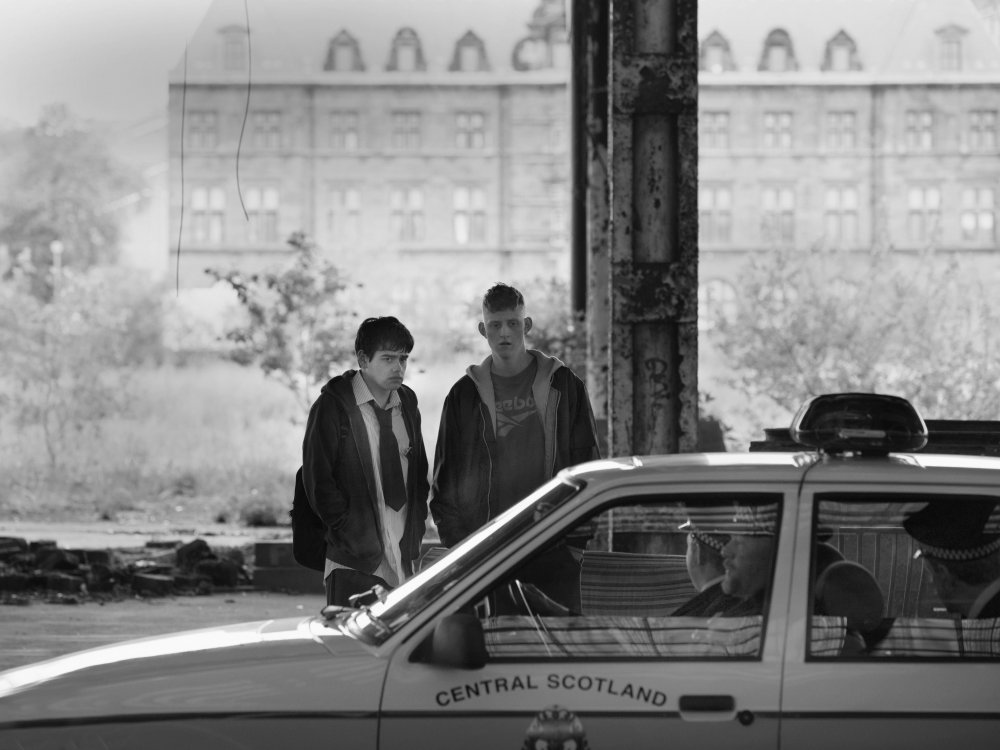 Buy tickets for Preview: Beats + Q&A at BFI Southbank on Monday 13 May

Beats is in UK cinemas from Friday 17 May

Set in Scotland in 1994, Beats follows two teenage best friends, Johnno (Cristian Ortega) and Spanner (Lorn Macdonald), heading out for one final night together at an illegal rave before life takes them in different directions. Johnno’s family, encouraged by his de facto stepfather Robert (Brian Ferguson), are due to move to a newly built house in the distant suburbs. Spanner’s prospects, meanwhile, look next to zero in the context of local poverty and his relationship with his abusive criminal brother, Fido (Neil Leiper).

Directed and co-written by Brian Welsh, Beats is adapted from Kieran Hurley’s acclaimed one-man stage show, which presented converging stories in the wake of the Criminal Justice and Public Order Act’s impact on rave culture. Section 63 of that act gave law enforcement the power to stop any gatherings of more than 20 people in open air settings when listening to music, “Wholly or predominantly characterised by the emission of a succession of repetitive beats.”

There’s an end of an era quality to the film’s portrayal of the 90s scene, and while raving didn’t disappear after 1994, the rest of the decade saw a form of it move into the more corporate club scene, heavy on brand image, where the experience, as influenced by those changes in the law, became more homogenised.

Welsh says of the show: “The biggest thing I was taken with was how Kieran had managed to elevate the story from not just being about two boys going to a party. It was about much bigger ideas of what was happening in post-industrial Scotland and how, almost subconsciously, the rave movement was some reaction to that.” 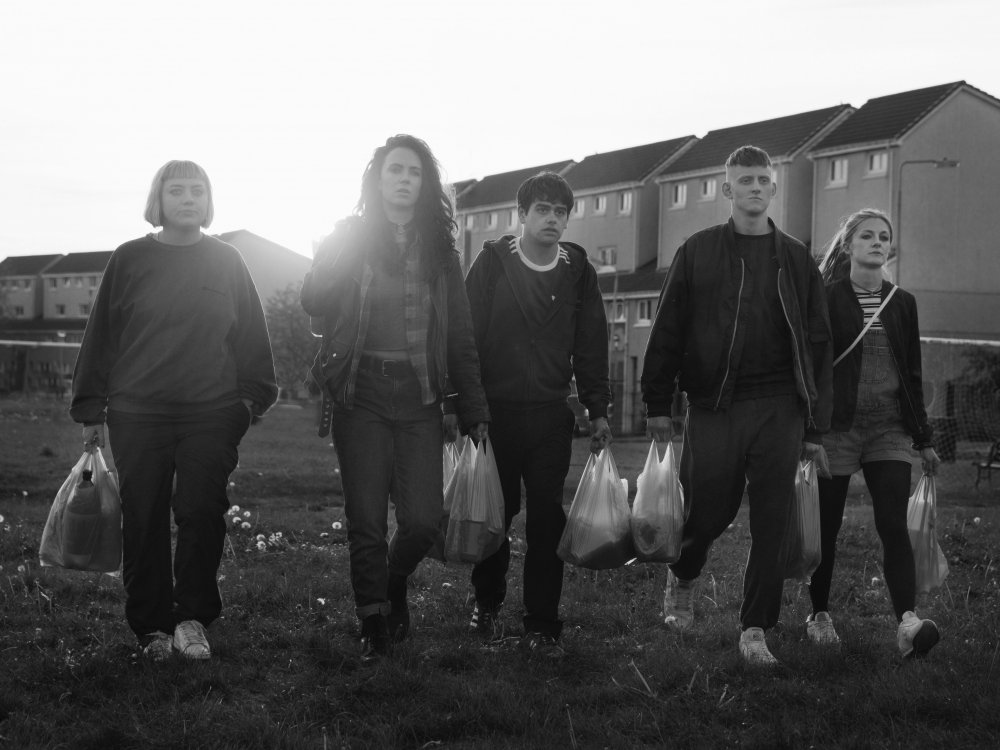 Hurley, who co-wrote the film, describes a big challenge of adapting the show to the screen being: “Certain ways of navigating ideas that the form of direct address storytelling can allow you to do just end up really on the nose on film. The scale of the world also had to grow. When you see a lot of stage to screen adaptations, there’s a filmed play thing going on. They’ve just transposed the same dialogue through various different locations to give a slightly more filmic journey through space, but ultimately the writing is the same. This is not that. This is a new piece of writing for a completely different medium. Although, I think the essence, energy and spirit of the original are still very much there in the film, which is really satisfying for me.”

The film’s closing credits thank various people for contributing stories that informed the script. “We met a huge number of free party collectives,” Welsh says. “Crucially, the Desert Storm Soundsystem guys were really the ones that we based the party in the film around. That was a collective in Glasgow who were operating outside of the commercial club sphere and used to go and find some fucking aircraft hangar out in Ingliston and take it over under the guise of making a music video. They’d collect everyone from The Arches [in Glasgow] at the end of the night in a lorry and drive them out there and have these joyful parties.” 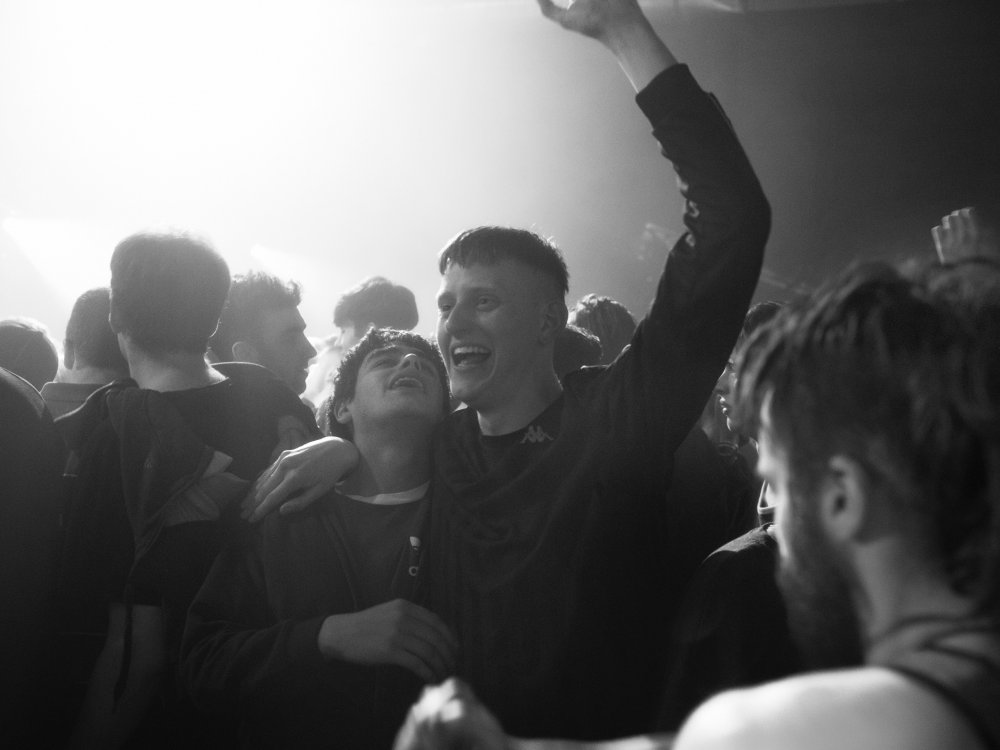 Some critics have pointed to other black and white films about either young people or music scenes as potential touchpoints for the look of Beats, such as TwentyFourSeven (1997) or Control (2007). “Rumble Fish (1983) is one that no one really mentions, but it’s one we talked about a lot,” says Welsh. “There’s some peppering of red flashes amongst the black and white and that was definitely a Rumble Fish nod.” Hurley adds that he thinks of La Haine (1995): “Just because of the subject matter. Boys in an urban environment and choosing to shoot lives like that in black and white. There’s similar intention even if it looks a bit different.”

While Rumble Fish and La Haine may have been reference points for the look of Beats, its stars suggest more recent fare influenced the pitch of their performances. “An interesting touchpoint Brian said to us was Superbad (2007),” says Cristian Ortega. “He wanted a kind of Scottish Superbad. Real characters but not shying away from those big comedy moments.”

Lorn Macdonald adds: “The challenge was not going too big, but still trying to hit the comedy. Spanner is quite a mental character, so I couldn’t necessarily shy away from that heightened quality, but it was good to realise that at the heart of it was a story about friendship, rather than us just being a bit wacky.” The main thing the actor would like viewers to take away from the film relates to that: “For me, it would be the positive vulnerability of young men. Showing affection and showing love for each other and that not seeming like it’s a negative trait of men, but actually a strength.” 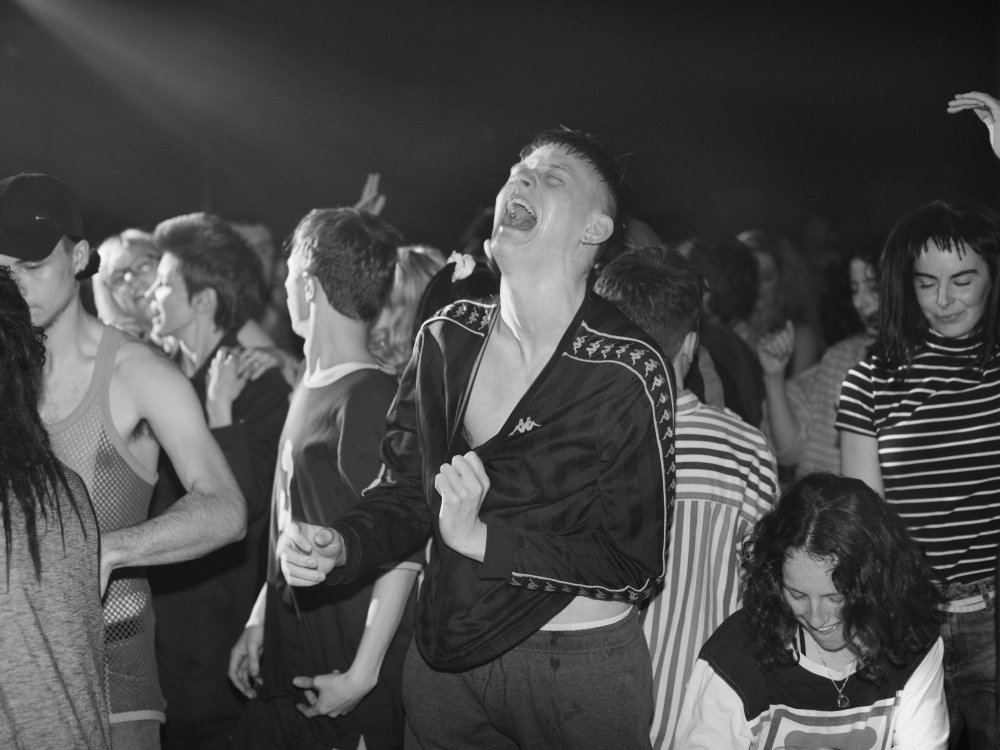 A bittersweet quality drives the film’s narrative beyond just the central friendship’s likely conclusion as a result of imminent upheaval. While for all its evocation of an era’s dying days, Beats is also not an entirely romanticised depiction of the scene, despite its writers’ passion for its positive effects.

“We spoke a lot,” says Hurley, “about how we wanted this film to be a celebration of a particular moment and of an energy behind that scene. We were also aware that for certain people that tasted that scene or what came slightly after it, they came out of that changed, their lives enriched in a brilliant way from that. But there’s also other folk, who we all know from our own lives, who we were drawing from when creating the character of Spanner, for whom that relationship with drugs and partying is tied into a bunch of other more complex debilitating factors in their lives. We wanted that to be part of the picture. The implication is that for Johnno, there’s an opportunity to make something of his life, where this whole experience of this night will be part of a period of growth. For Spanner, that’s less there, and you’re slightly more concerned about a relationship with things to do with addiction and whatnot, and it just felt false for that not to be part of the picture.”

“My experience of going out and sometimes taking drugs,” adds Welsh, “was that I did find a way of being able to communicate myself in a really emotionally honest, pure way that was just free of all barriers. And when two people can connect in that way, it’s a really beautiful thing. Some of this culture became like a religious experience for a lot of people, and they were really committed to it and it became their life. And on the one hand, it was this amazingly powerful good force, but also there were a lot of fucking casualties along the way. We’re hopeful that comes across in the film.”

“There’s the idea that rave culture can be put down as having been taken over by lad culture,” says Ortega, “which I think is maybe undeniable. But at its heart, rave culture was for everyone.”