Film education charity Into Film sent reporter Alexa, 17, to the Woman with a Movie Camera Summit at BFI Southbank to hear inspiring speakers from the world of film and media discuss gender representation on the screen. 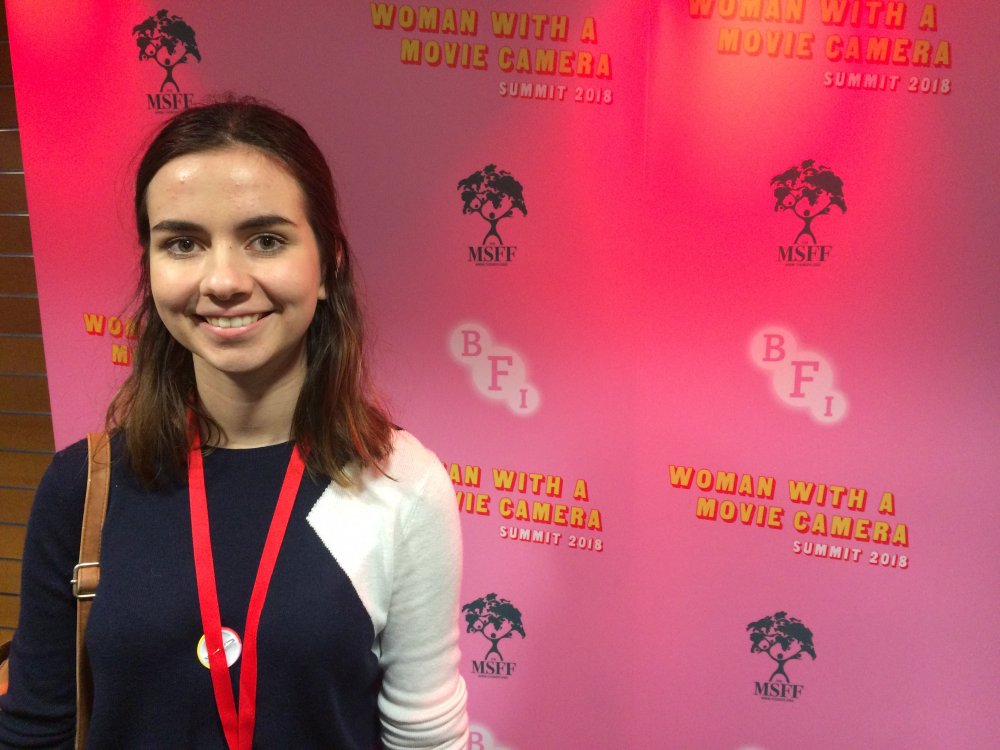 Alexa, 17, at the Woman with a Movie Camera summit in June 2018 at BFI Southbank
Credit: Into Film

I recently attended the Woman with a Movie Camera Summit, a day filled with talks, events and seminars all surrounding women, power and, of course, film. There was a huge variety of speakers all hailing from different sectors of the film and TV industry, each with their own insights and stories to tell. I found the knowledge they shared about their career progression invaluable and I hope to apply a lot of what they said to my own future career.

I attended four different seminars: Marketing Feminism, Who Runs the Set?, Blowing Up the Film Canon and A Critical Perspective. I was pleasantly surprised by the differences between the different talks and came away with a variety of new knowledge.

Hosted by Olivia Stancombe, Marketing Feminism centred around the differences between the techniques used in ‘feminist marketing’ and ‘marketing feminism’. ‘Marketing feminism’ was described as using marketing to try and make a film seem ‘feminist’. For example, when the all-female Ghostbusters reboot came out, despite centring on women and claiming to be ‘feminist’, the marketing strategies and plot were similar to that of the original film, with little reference to ‘meaningful feminism’ or making a difference for women.

Whereas in ‘feminist marketing’ the marketing that takes place is actually designed to help raise awareness of feminist ideas while simultaneously promoting the film or media. Orange Is the New Black is a good example of this. The marketing team for the show ran an article with the New York Times about issues with the prison system and how it doesn’t fit to many women’s needs. This article successfully promoted the show by talking about events that feature in it, but also addresses a nationwide issue in America. The contrast between these two types of marketing was something I’d previously never been aware of, but now that I know about it, I’ll never look at marketing in quite the same way. 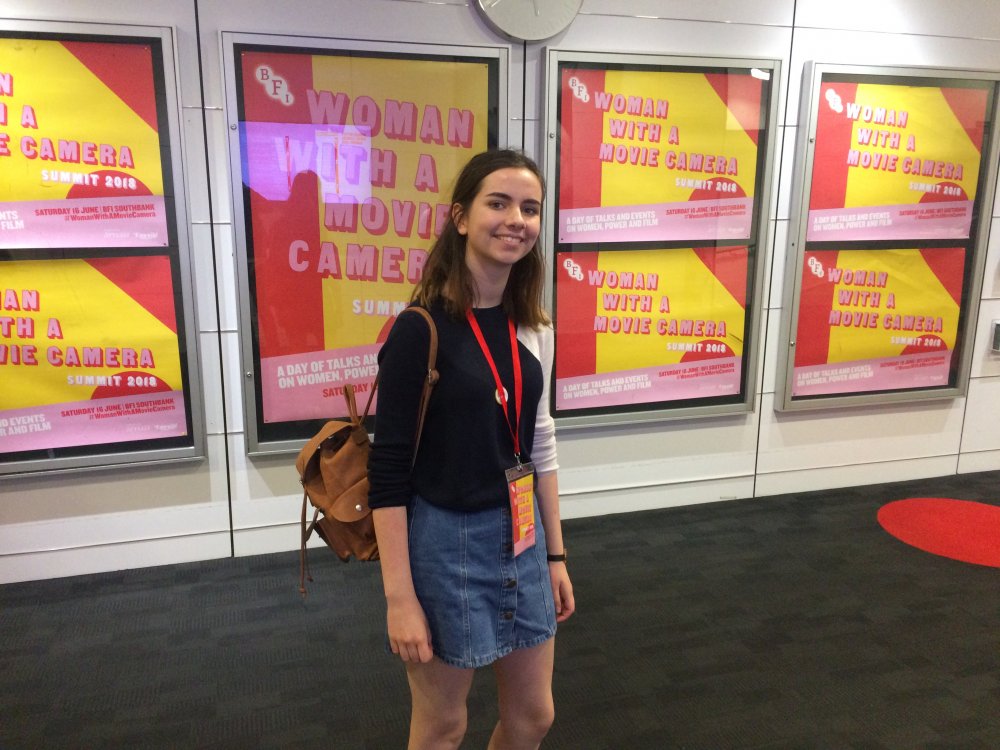 I then went on to attend the Who Runs the Set? and Blowing Up the Film Canon talks. Both discussed the ways in which the film industry is changing: Who Runs the Set? focused largely on how on set dynamics are changing, particularly in the wake of the #MeToo movement, whereas Blowing Up the Film Canon was more about how we change the films that are considered ‘classics’ and that are taught in film school to encourage more diversity.

Something I took away from both these talks is how a lot of women who entered the film industry initially entered into more admin-based roles, such as within film festival organisation. However, these women have now risen in the ranks and can give opportunities to female and minority filmmakers to have their films featured in places where they previously may not have been chosen.

The importance of this was really brought home to me when it was said that “because there’s no precedent for women in film, people believe there’s no market for it”. With more women now entering the industry, there are now more and more opportunities for young people like myself to work with those who’ve entered it before me, and subsequently to work together towards a fairer and more inclusive industry. 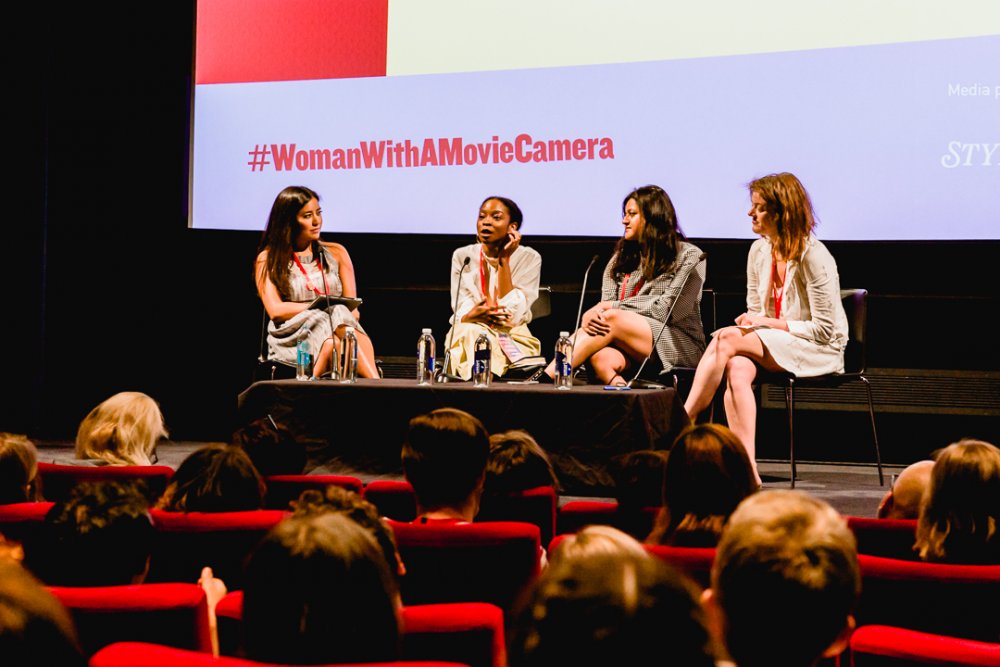 The final session I attended was A Critical Perspective. As someone interested in film reviewing, this was really useful to me. An interesting point from the seminar was a discussion on the expectations of female and ethnic minority film reviewers to be the ones to review (and more generally to be expected to like) films directed by or about women or minorities. However, they spoke of having to deal with the fact that often they may not like a film because they cannot relate to it in the way they’re expected to, which can ultimately harm their review of it. They emphasised the importance as a journalist of being objective about whatever film is being reviewed, to ensure that whoever watches it has the best chance of enjoying it and finding something to connect to, even if there is nothing in it that relates to their personal background.

So while it will take time to achieve the gender-balanced working ratio many desire, the activism and inspirational women that I saw during the summit gives me hope that we aren’t far off achieving this. The buoyant enthusiasm and hope surrounding the current changes is infectious and I, for one, am inspired to begin making my own films to share my experiences and contribute to this changing world of film.

Alexa is currently an A-level student studying maths, history and economics. She is particularly interested in the politics and history behind films and how this is displayed on the big screen. She enjoys watching and making films and produced a film as part of the BFI’s Film Academy. She hopes to study Politics, Philosophy and Economics at university next year.