Five pioneering women behind the camera during the Second World War

The story of how five determined women filmmakers broke down barriers to support the war effort.

For anyone intrigued by Their Finest (2016), with its depiction of a female scriptwriter at the Ministry of Information turning out propaganda films, the story of the real women making films in this era is just as potent. In Lone Scherfig’s film, Gemma Arterton plays Catrin, a novice scriptwriter who finds herself in an overwhelmingly male-dominated world – and while this reflects the reality of the film industry during the Second World War, there were also a number of determined women who succeeded in directing films. Their work is being celebrated as part of the BFI Southbank season Girls Like Us: British Women and WWII Cinema.

A special event, Women Behind the Camera in World War II Cinema, is being held in the BFI Reuben Library on 15 May to shed light on these women. To offer an advance taster, curators at the BFI National Archive take a look at some of the work of pioneering women documentary makers. 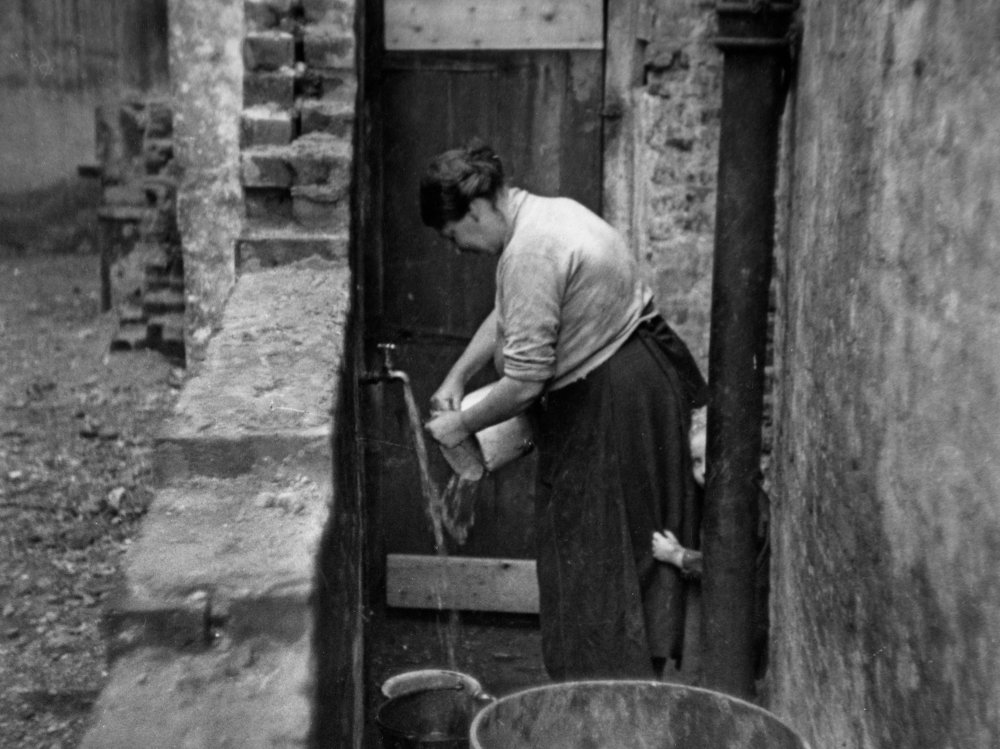 The Grierson name is synonymous with the British documentary story. Rarely, however, is Ruby Grierson the focal point of that attention. As sister to the renowned pioneer of British documentary, John Grierson, she played a pivotal role in the success of those early days.

Though uncredited, the success of the Stepney slum-dwellers putting their plight direct to camera in the groundbreaking social documentary Housing Problems (d. Arthur Elton/Edgar Anstey, 1935) should be attributed entirely to Ruby. Her ability to put participants at ease, and her warmth and concern for people, remain evident as hallmarks throughout the work that she produced.

Primarily involved with films of social concern, directing for Paul Rotha at Strand, Grierson made London Wakes Up (1936), a portrayal of life in London that honed her socially conscious eye, before taking on two films for the Social Service Council. Today We Live (1937) (d. Ralph Bond/Ruby Grierson) is perhaps the pinnacle of Ruby’s tragically short filmmaking career and stands today as one of the movement’s most convincing examples of social concern in a documentary film.

For the war effort she directed a successful series of films on food, rationing, health and well-being. In 1940, while Grierson was making a film about the evacuation of children to Canada on board the SS City of Benares, the liner was torpedoed and she was killed. Her passion for social concern and her belief in films for the benefit of humanity was missing in the post-war documentary boom, and her loss was felt throughout the documentary movement. 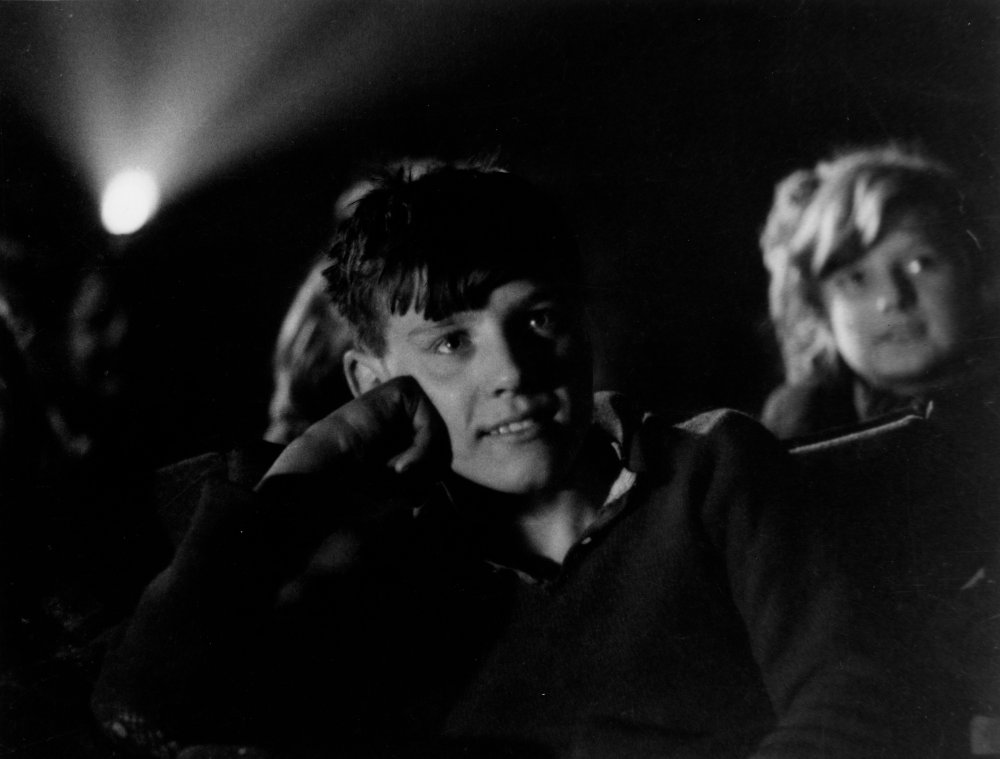 The ‘How To’ film is one of YouTube’s most popular contemporary genres – so it’s high time we gave due recognition to its analogue antecedents. The home-front instructional film was an important strand of MOI commissioning, and New Zealander Margaret Thomson was the definitive exponent. Thomson gave ‘How To’s with self-explanatory titles like Storing Vegetables Outdoors (1941) and Hedging (1942) an admirable directness, economy and clarity.

It was merely one facet of a lengthy career. Before the war she’d made educational natural history films; during it she also helmed highly technical ICI films about medicines, and then, after it, made many further contributions to medical cinema, pioneering mental health training films among them. Thomson’s other specialism was sensitive direction of children, even including a 1954 fiction feature, Child’s Play.

Two 1947 pieces commissioned for the post-war teacher recruitment campaign through the COI (the MOI’s peacetime replacement), Children Learning by Experience and Children Growing Up with Other People, are neglected minor milestones in film technique, eschewing scripting and directorial staging in favour of purely observational camerawork. This move away from the wartime model quietly foreshadowed later documentary modes, but, in the spirit of Thomson’s wartime instructionals, the purpose was strictly practical. 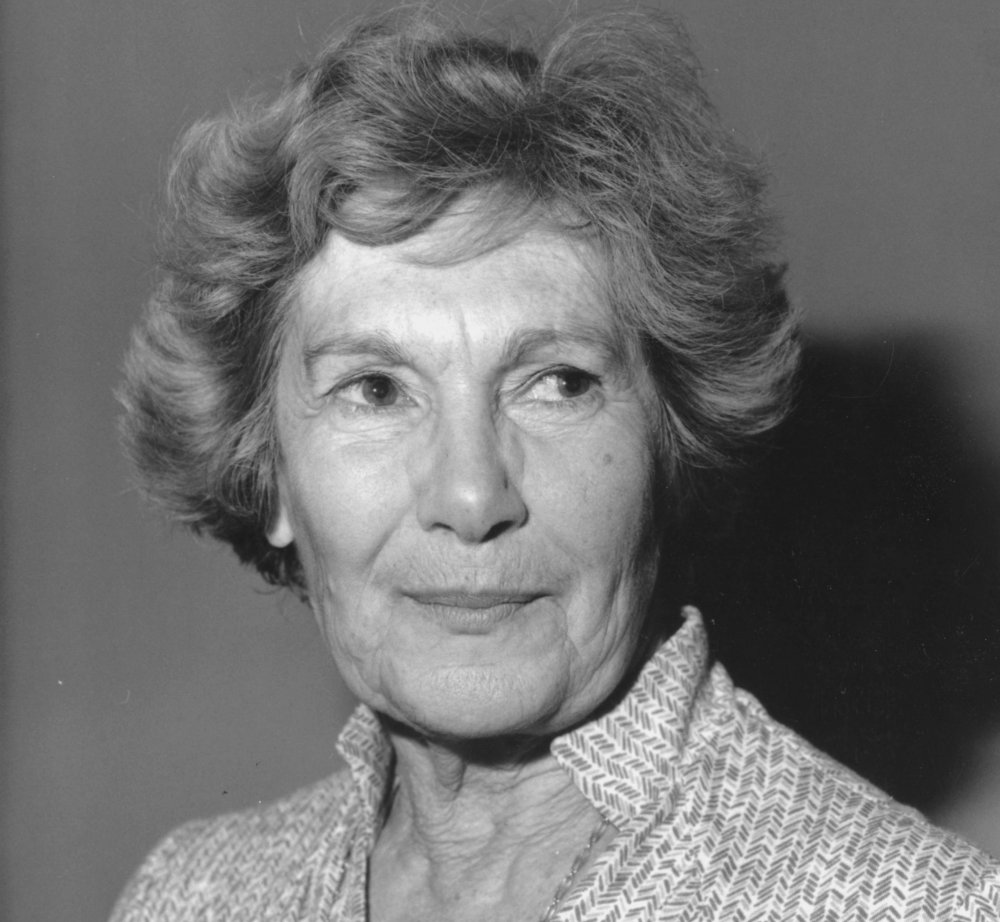 “I did what I could to get my own way.” Charming, determined and persuasive, Jill Craigie was the first British woman documentary director to achieve widespread recognition. After a short spell in journalism, she wrote scripts for documentary shorts for the British Council from 1940-42 before writing a feature film with her then husband, Jeffrey Dell, A Flemish Farm (1943). Her contacts in the industry and captivating manner combined with her writing experience emboldened her to secure funding to direct her first documentary, Out of Chaos (1944). Her film about wartime artists – chiefly male, including Stanley Spencer and Henry Moore – was the “first film about modern art,” Craigie claimed. It was admired by the critics but rarely screened.

Craigie was a committed socialist and feminist, and her next film, The Way We Live (1946), was about the visionary plans for the postwar future, focusing on the reconstruction of Plymouth. This stylish and ambitious film, featuring 3,000 locals, combines drama and documentary to show the cramped living conditions of one family as well as the opportunities for fun in the lyrical scene of crowds dancing on the Hoe.

Craigie directed several more films in the 1940 and 50s, including the feature Blue Scar (1949), before returning to writing, disheartened by the industry’s dismissive attitude to female directors. She made a brief comeback in her 80s, when she made Two Hours from London (1995) about the effects of the Yugoslavian war on Dubrovnik. 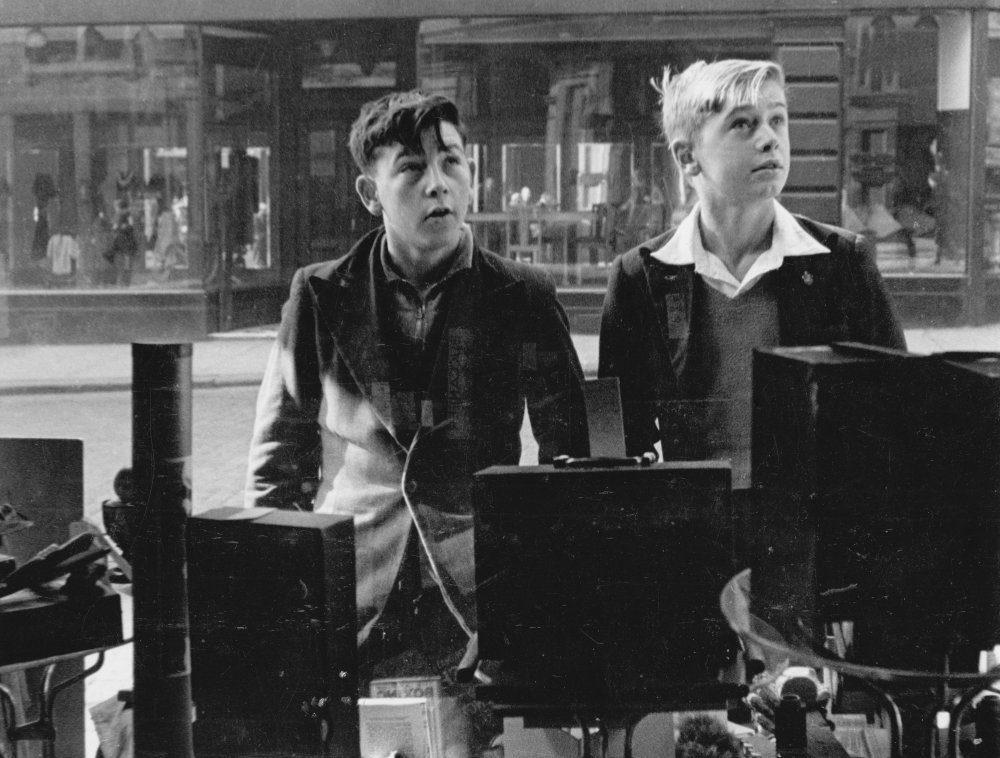 Principled, blunt-speaking and pragmatic, Brigid ‘Budge’ Cooper was temperamentally well qualified to negotiate the pitfalls, compromises and institutional barriers that the Brit film biz was never short of.

Initially a ‘continuity girl’ (such was the term of the time), she assisted several famed Crown Film Unit productions, including London Can Take It! (1940) and Target for Tonight (1941). Moving to Paul Rotha Productions, followed by breakaway company DATA, Cooper soon made the director’s chair. Her versatility encompassed several facets of the MOI, from the informative if unappetising Rat Destruction (1942) to the whimsically diverting The Magician (1942), which demonstrates the lo-fi experimentation possible when making the MOI’s short ‘fillers’.

Children of the City (1944) and Birthday (1945), by contrast, are substantial applications of the Documentary Movement’s social-democratic commitment to film as an aid in building an improved post-war society. In 1945, Cooper married fellow filmmaker Donald Alexander, later head of film for the National Coal Board, whose Mining Review series Cooper co-produced for several years. Before that, as director of its first aid training films, she battled the board’s ban on women working (in her case filming) underground. Budge took them to court – and won. 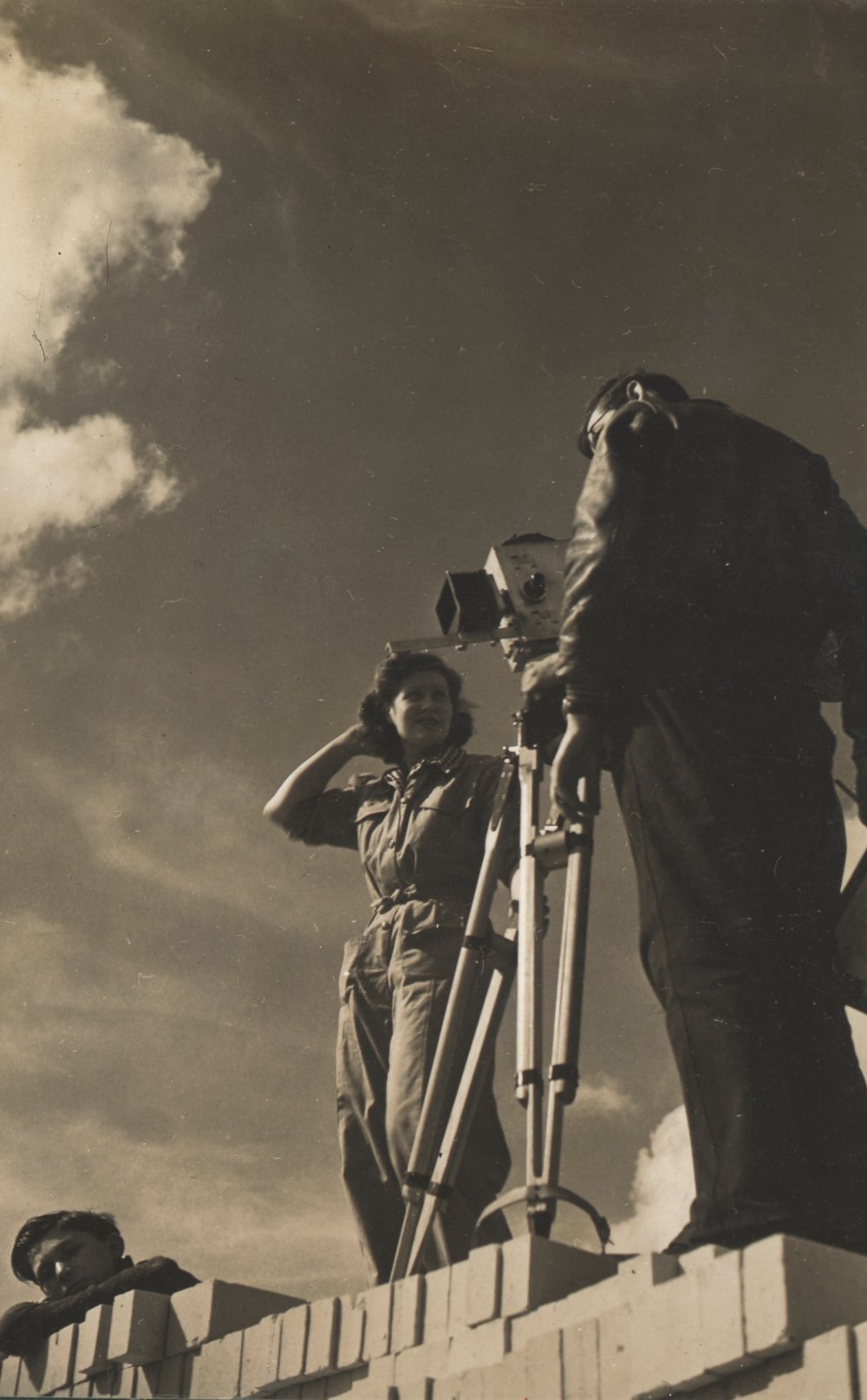 From continuity girl to director and back to continuity girl, Kay Mander’s career in the film industry took some unconventional turns. She spent her teenage years in Berlin in the 1930s, after her father was sent to work there, and her first job was as a receptionist for Goebbels’ International Film Congress. She used this opportunity to make contacts in the British film industry, and this resulted in a job in the publicity department at Alexander Korda’s London Films.

Her filmmaking education was furthered at the Highlander pub in Soho, a favourite haunt of documentary makers. Those Friday nights at the pub indirectly led to a job in documentary at the highly-regarded Shell Film Unit, where Mander was soon asked if she “would like to make a little training film, for myself – me directing”. The result was the technically innovative How to File (1941), a film for apprentice metalworkers, complete with tracking shots, which were then unknown in training films.

She went on to direct up to 50 instructional and promotional films. One of her most powerful is Homes for the People (1945) which used the bold yet simple technique of allowing working-class women to describe their living conditions, one of them vividly slating the design of her suburban house and summing up: “I call it a muck-up.” In the 1950s, Mander returned to continuity work, later saying that “I palpably had the skills” but couldn’t face “battling” to continue directing.