The Wild Bunch: blood, bullets and the death of the west

Held up by Kathryn Bigelow as a seismic influence on her own filmmaking, Sam Peckinpah’s 45-year-old epic about the decline of the American west remains a brutal benchmark in action cinema. 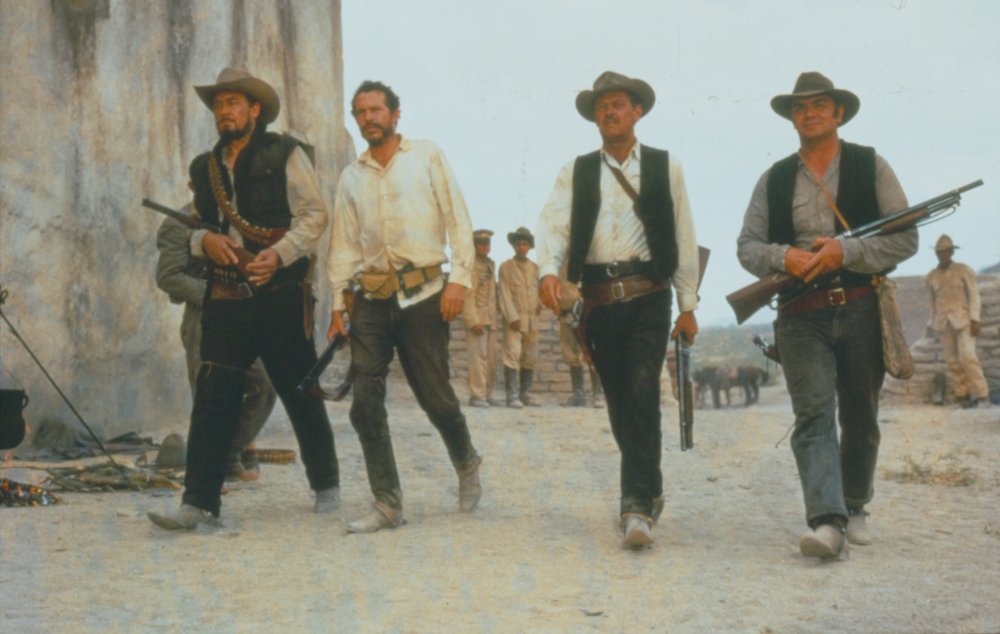 From its allegorical opening scene, in which children watch a swarm of fire ants consume a trio of scorpions, to its bullet-ravaged denouement, The Wild Bunch (1969) means business.

Pike Bishop (William Holden) leads a gang of ageing outlaws towards one final job: the robbery of a railroad store in 1913. Unfortunately, Deke Thornton (Robert Ryan), Bishop’s former partner coerced into tracking his old friend down for sleazy railroad boss Harrigan, is waiting in ambush with a posse of bounty hunters. The bunch gets wise to the ambush and all hell breaks loose. A deafening cacophony of bullets, breaking glass and whinnying horses soundtrack an almighty shootout that would be the centrepiece of a lesser western but here is mere foreplay for the rest of Sam Peckinpah’s brutal, elegiac tour de force.

On their ride out of town, the surviving members of the bunch pass the laughing children again, who are now burning the ants and scorpions alive.

Having set out his stall early by filling the screen with the inhumanity of cackling infants and slow-motion deaths, Peckinpah spends the following two hours continuing to thrill us. A gripping, stunningly shot train robbery, an exploding bridge and a climactic machine-gun massacre all feature in this tale of veteran criminals who get caught up trying to sell stolen guns to the dissolute General Mapache (Emilio Fernández) during the Mexican revolution. Repeated scenes of whisky-guzzling and mirth hammer home the film’s overarching feel of cheery acquiescence in the face of a savage end. Any viewer downing a shot each time the bunch drink will be slurring long before the end credits, while the grizzled felons’ collective laughter is almost as common as the sound of gunfire. 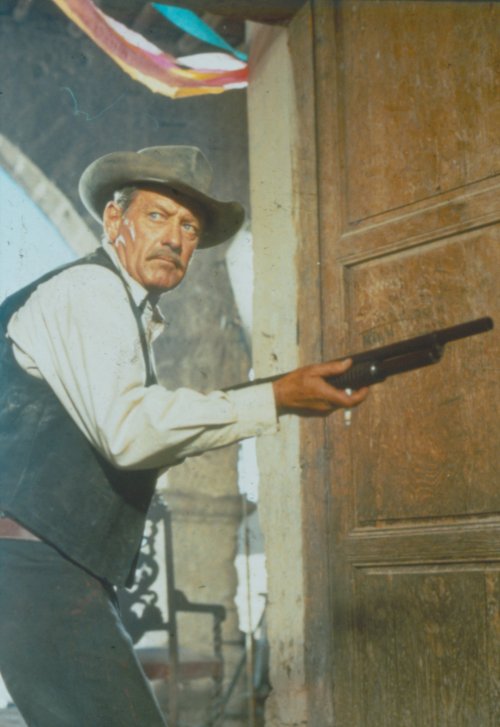 It’s not all death and drinking, though there is enough dramatic and comedic heft in both to sustain much of the film and the entire revisionist western canon. Honour, betrayal and friendship are examined throughout. Bishop is weighed down by the guilt of leaving Thornton to be caught; The compromised Thornton is burdened by having to chase down Bishop; Angel kills his lover Teresa when she leaves him to frolic with Mapache. The brevity of Teresa’s appearance and her fate is the film’s only real flaw: in common with many westerns, there is not one decent female role in the film.

Ernest Borgnine as Dutch Engstrom is perhaps the closest we have to a nominal on-screen (anti-)hero. He stands by Bishop when the Gorch brothers, Lyle and Tector (Warren Oates and Ben Johnson), suggest wasting time to bury a fallen comrade and is a resolute right-hand man throughout, whether he’s pointing a gun or facing one. Bishop may be the wearied brains of the outfit but Engstrom is its beating heart and its most expressive face. Lucien Ballard’s cinematography, so good at capturing panoramic vistas and the flow of the Rio Grande, is often at its best in the film when providing one of many close-ups of Borgnine. Each frame that stays on his tense countenance feels like a noose tightening.

Bishop meanwhile, looks and acts like a man who knows he should have given up years ago, probably when he forsook his partner. Peckinpah, who co-wrote the terse script with Walon Green, gave the peremptory Bishop all his best lines. The director’s daughter Sharon even admitted that Holden seemed to almost become her dad in the role. The first proper sentence Bishop says in the film is the oft-quoted “If they move, kill ’em,” while in flashback he utters statements of bravado he comes to regret (“Being sure is my business.”) He also intones matters of principle such as “When you side with a man, you stay with him” – words that resonate away from the cinema screen. 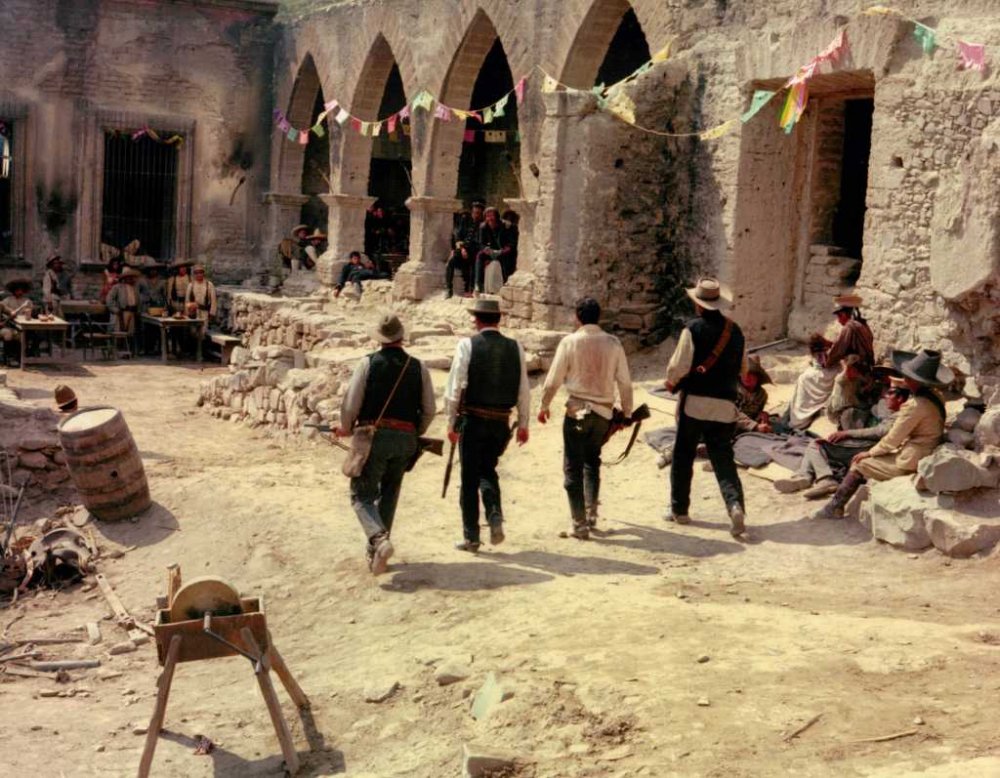 Perhaps the biggest unsung hero of The Wild Bunch is a man who neither called ‘action’ nor appeared on screen. Lou Lombardo edited the film with Peckinpah and broke a record on the way: some 3,643 shot to shot edits were used in the film’s final cut, more than any other colour film up to that point. The films of John Woo, Brian De Palma, Kathryn Bigelow, Quentin Tarantino and Edgar Wright among others have all been influenced by this razor-sharp editing and the sheer ferocity of The Wild Bunch’s action scenes. The scenes that bookend the film in particular are still fierce and uncompromising.

The Wild Bunch was not the last western ever made but there is something fitting that a film focusing on the end of a wild, violent era in American life and the men that it contained should feel like the last word in on-screen carnage and doomed masculinity more than 45 years after it was released.

Related to The Wild Bunch: blood, bullets and the death of the west