Why I love … X the Unknown

Curator Vic Pratt remembers the gothic chills and gloopy monster effects of Hammer sci-fi classic X the Unknown, in which an ancient horror emerges from the Scottish moorland with a hunger for radioactivity. 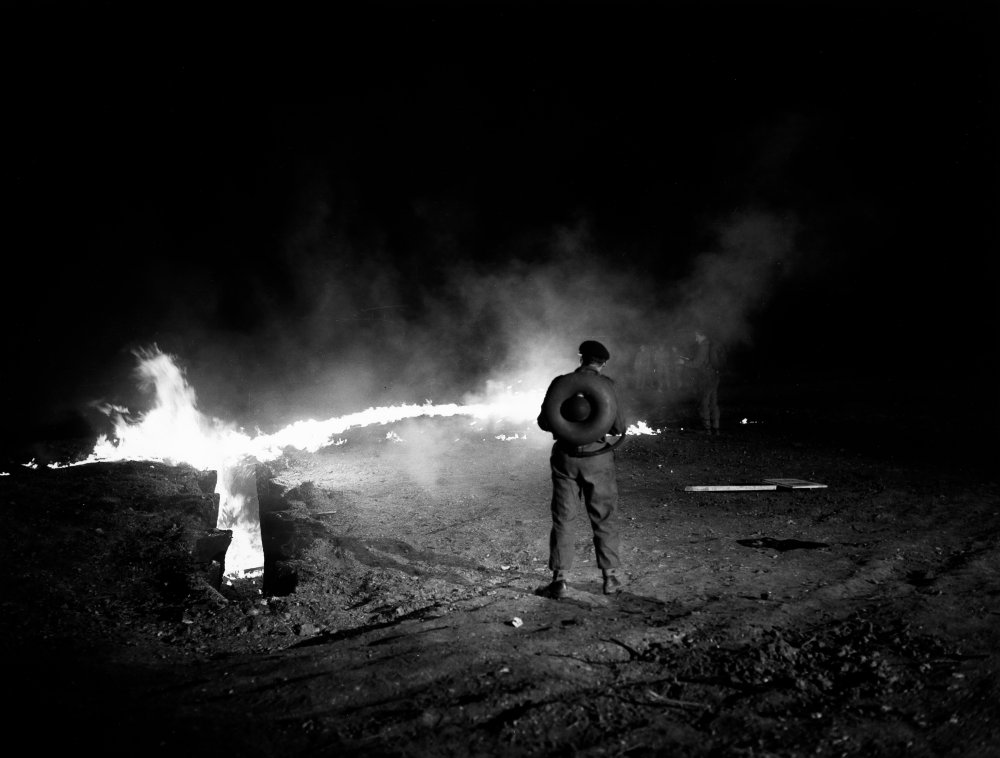 X the Unknown screens as part of Sci-Fi: Days of Fear and Wonder at BFI Southbank in December.

It’s almost a Quatermass film but not quite. X the Unknown (1956), a terrible tale of a monstrous molasses-like mass from deep within the earth, sits uneasily – or should that be oozes uneasily? – amid the bona fide entries in Hammer‘s series of films adapting Nigel Kneale’s television serials.

It may not be the real deal strictly speaking, but I think it’s great. What’s more, this was the one I saw first – back on TV in the 1980s – so it has a special place in my memory. Revisited today it retains its potency. Anxiously evocative of an ever-more-distant 1950s Britain, and still abundantly atmospheric, there remains something very spooky and special about this shadowy sci-fi drama.

It was rushed into production hot on the heels of The Quatermass Xperiment (1955), Hammer’s hugely successful X-rated tale of a mutant alien threat from outer space, and was supposed to be its sequel. However, this plan was dashed when writer Nigel Kneale temporarily denied the production company use of his character, everybody’s favourite curmudgeonly alien-thwarting scientist Professor Bernard Quatermass (Kneale would later relent for two more Hammer productions, Quatermass 2 (1957) and Quatermass and the Pit (1967)). 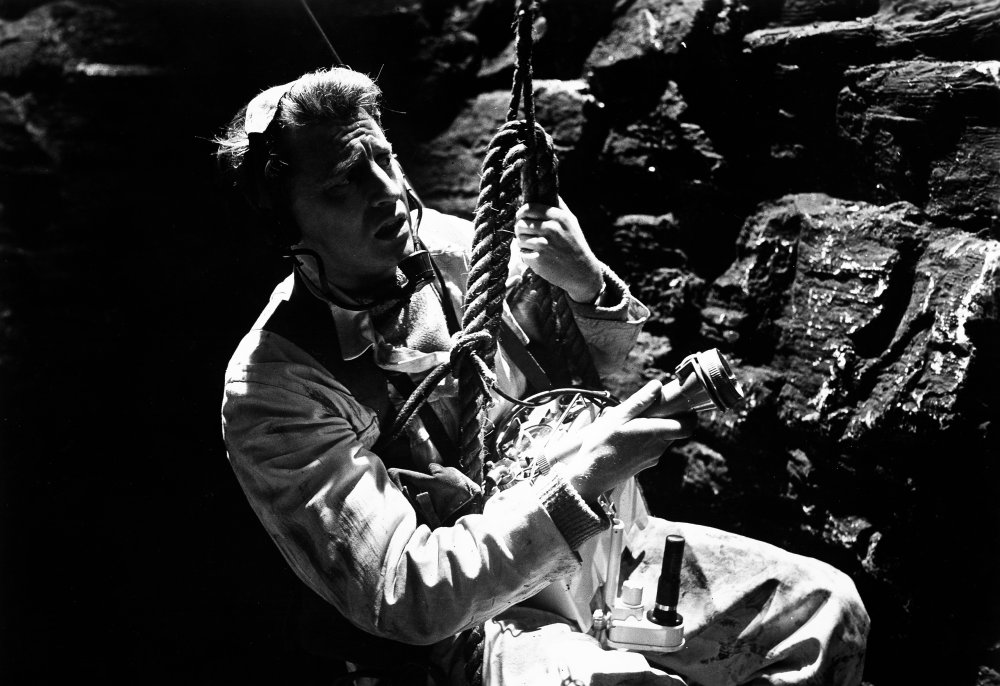 Undeterred, and armed with a script penned by enthusiastic up-and-coming Hammer leading-light Jimmy Sangster, the company replaced Quatermass with another irascible scientist, Dr Adam Royston, used a big ‘X’ in the title once again to signify grisly sci-fi horror thrills, and plunged ahead regardless.

American star Dean Jagger was signed up to star, and blacklisted Joseph Losey – who would go on to shoot The Damned (1961), another seriously spooky sci-fi film – was enlisted to direct, but there was further trouble ahead. Losey left the production somewhat abruptly – supposedly with pneumonia, but, according to Sangster, removed from the project owing to star Dean Jagger’s reluctance to work with a ‘red’ director.

Despite this off-screen intrigue, replacement director Leslie Norman, an Ealing Studios alumnus drafted in at the last moment to take over, proved himself a more than adequate stand-in. He turned in a splendid job, delivering an absorbing and grimly effective fusion of science fiction, ominous British post-war anxiety and grisly horror, imbued with eerie, almost gothic mood, and what one critic described as “bowel-loosening” special effects. 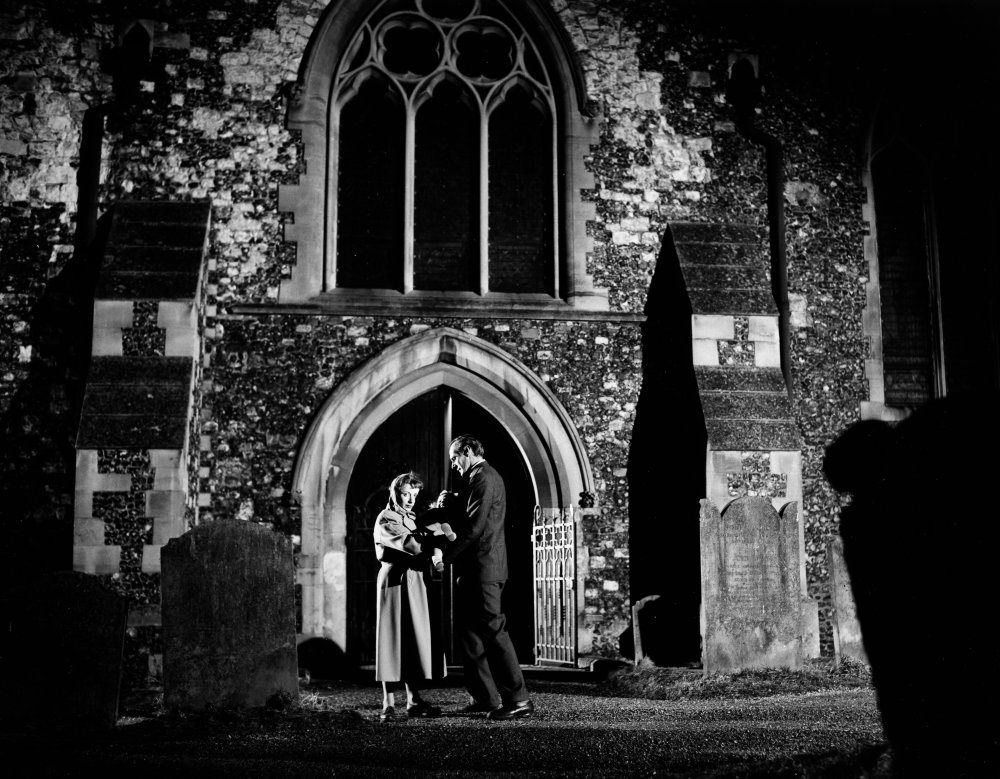 The nervy narrative grips from the outset, thanks to a creepy sequence set on a desolate Scottish moor, where army manoeuvres are disrupted by an explosion which leaves an apparently bottomless fissure exuding dangerous radiation. Eccentric scientist Dr Adam Royston (Dean Jagger), based at a nearby atomic energy research station, is sent to investigate, and he discovers a strange, growing force – the ‘unknown’ of the title – that feeds on radiation, and, becoming ever larger, terrorises the remote community.

Royston must seek a means of neutralising this strange force. Jagger brings an impressive air of eccentricity to his portrayal and, empowered by an always intelligent script, the fine supporting cast – including Edward Chapman, Leo McKern and the hugely underrated Anthony Newley – all add plausibility to the proceedings. 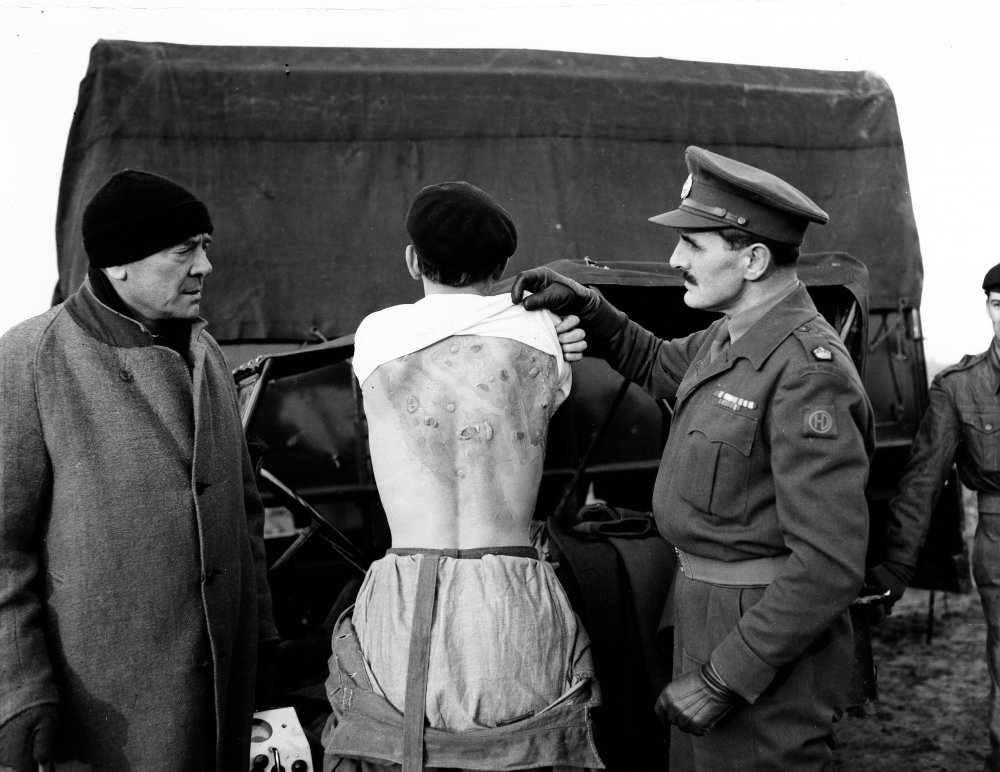 Surging stickily out of a fissure in the earth, the gloopy ‘unknown’ itself is perhaps a slight disappointment in comparison with the ghastly and poignantly once-human ‘thing’ of The Quatermass Xperiment; and various critics waxing poetical couldn’t wait to get stuck in, turning to kitchen cupboard and school canteen for inspiration as they sought to describe it. One reviewer summed it up as “black, bubbly, radio-active tapioca”, while another considered it a “an outsize dollop of black treacle”. But whether they liked it or not, there’s no denying it was an ingenious and influential creation. Created by Les Bowie and Vic Margutti, it predated the strange, gelatinous alien amoeba in The Blob (1958) by a couple of years.

And it’s not the ‘unknown’ itself, but seeing what it gets up to that’ll give you the creeps. That’s where those “bowel-loosening” special makeup effects by Phil Leakey come in – especially the sudden, shocking sight of an agonised scientist’s fingers swelling up like dreadful misshapen balloons, followed by a quick glimpse of the flesh peeling off his skull.

Captured in all its glum, grisly glory by Gerald Gibbs’ unflinching camera, it looks like some kind of awful excerpt from an impossibly ghastly scientific research documentary film. Its effectiveness undiminished by intervening decades of horror cinema, this sequence still has a peculiar potential to haunt the memory. It certainly haunted mine. 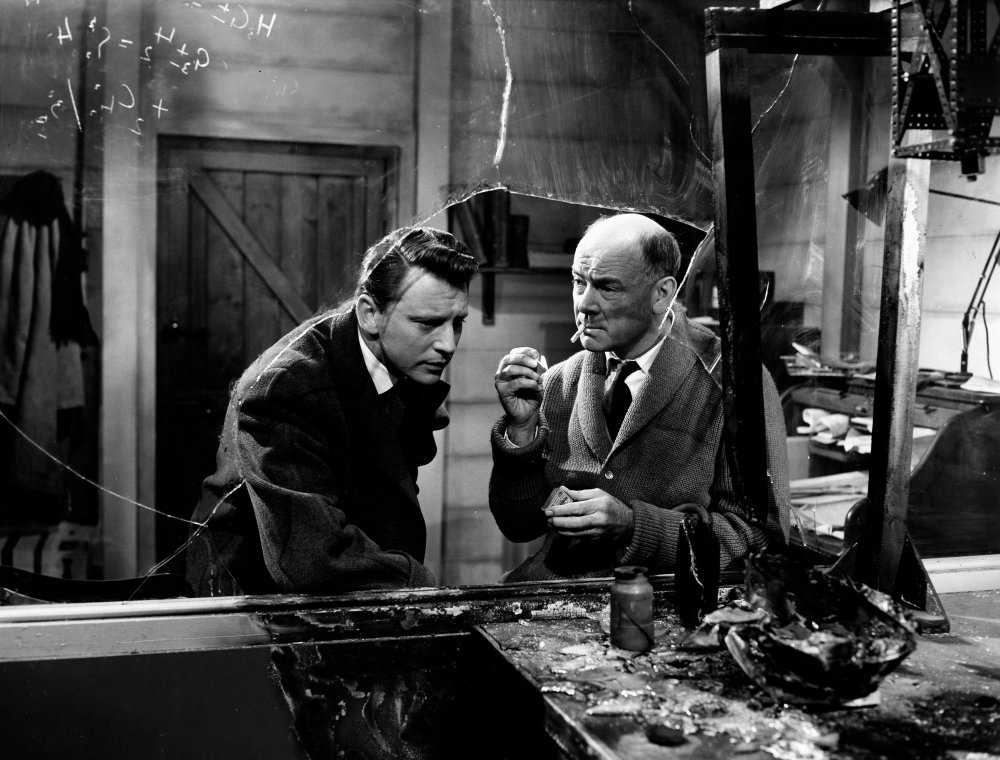 X the Unknown cemented Hammer’s reputation as Britain’s foremost producer of high-quality sci-fi and horror. Leaning more towards the latter, this was a film that foreshadowed the more specifically gothic chillers that were soon to become the company’s trademark.

Of course, when Hammer’s greatest, goriest hits erupted on to the screen – films like Dracula (1958) – they would be in blood-spattered Technicolor. But I’m glad that X the Unknown isn’t. There are some films that are all the better for being in black and white. Starkly stylish and sinister in moody monochrome, X the Unknown is definitely one of them.