Creepy 1962 witchcraft thriller Night of the Eagle anticipates Rosemary’s Baby and The Stepford Wives in its story of dark forces at work in middle-class suburbia. 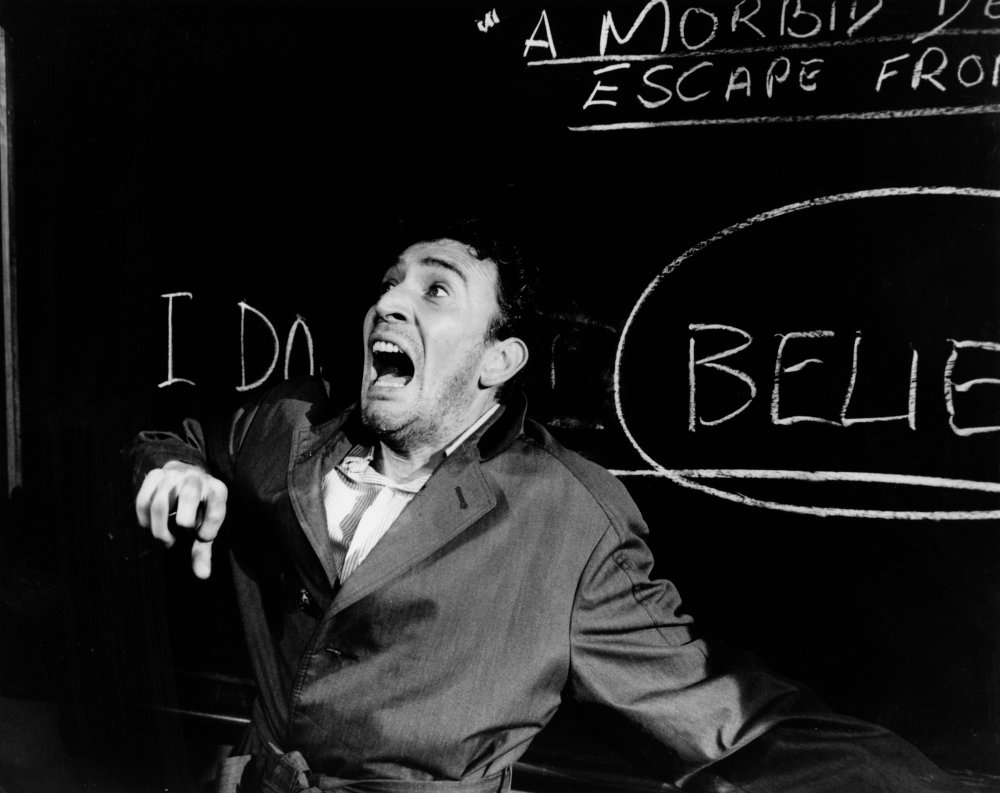 Growing up with a fascination for the macabre, I sat up alone watching every horror film that turned up on late night TV. My education included the Universal horrors of the 1930s and 40s and Jacques Tourneur’s haunting collaborations with producer Val Lewton. But it came as a revelation to discover that not all tales of horror are set in some vague eastern European locale or on a remote exotic island, and they could be even more frightening when they take place in your own backyard.

British films like Village of the Damned (1960), Quatermass and the Pit (1967) and the portmanteau offerings from Amicus had a special resonance, bringing the alien and supernatural closer to home, even into the home.

Freud developed the notion of the ‘unheimlich’ as a source of fear: something uncanny or ‘unhomely’ – the familiar made strange. What could be more ‘unhomely’ than a suburban British housewife who dismembers her obsessive husband (The Vault of Horror, 1973) or a spaceship full of giant insects uncovered in a disused underground station (Quatermass and the Pit). Or ambitious college wives practising voodoo to further their husbands’ careers, as in the 1962 British film Night of the Eagle. 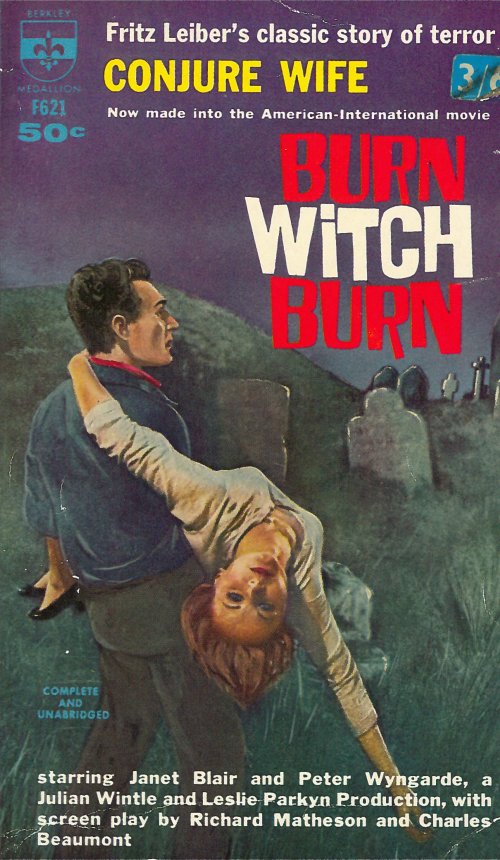 Perhaps we should call the film ‘suburban gothic‘ – the representation of middle-class neighbourhoods as a hotbed of frustration, rivalry and fear. Based on the American story ‘Conjure Wife’ by Fritz Leiber, Night of the Eagle relocates the narrative to Britain, although with several American actors thrown in, presumably to boost US sales.

As in Night of the Demon, Jacques Tourneur’s 1957 exploration of the dark arts, the film tells of a no-nonsense academic who resolutely denies the existence of witchcraft. Norman Taylor (Peter Wyngarde) is a very successful psychology professor at Hempwell Medical College who is first seen telling his class that superstition is nonsense. So he is furious when he discovers his wife Tansy’s ‘protections’ all over the house.

These black magic accoutrements – a dead spider, an animal skull, graveyard earth – were acquired from a witch-doctor while living in Jamaica. Norman, convinced that all such beliefs are a form of neurosis, forces Tansy to throw the tricks of her trade into the fire, where they sizzle suggestively as she looks on, petrified. From then on, his luck begins to turn.

The film is something of a slow burner until this moment but suddenly sinister occurrences come thick and fast. Yet even after a close shave with a van, an accusation of rape and an unearthly visitation, Norman refuses to abandon his rationality. It isn’t until the giant stone statue over the college entrance fulfils the title’s promise that he finally believes. 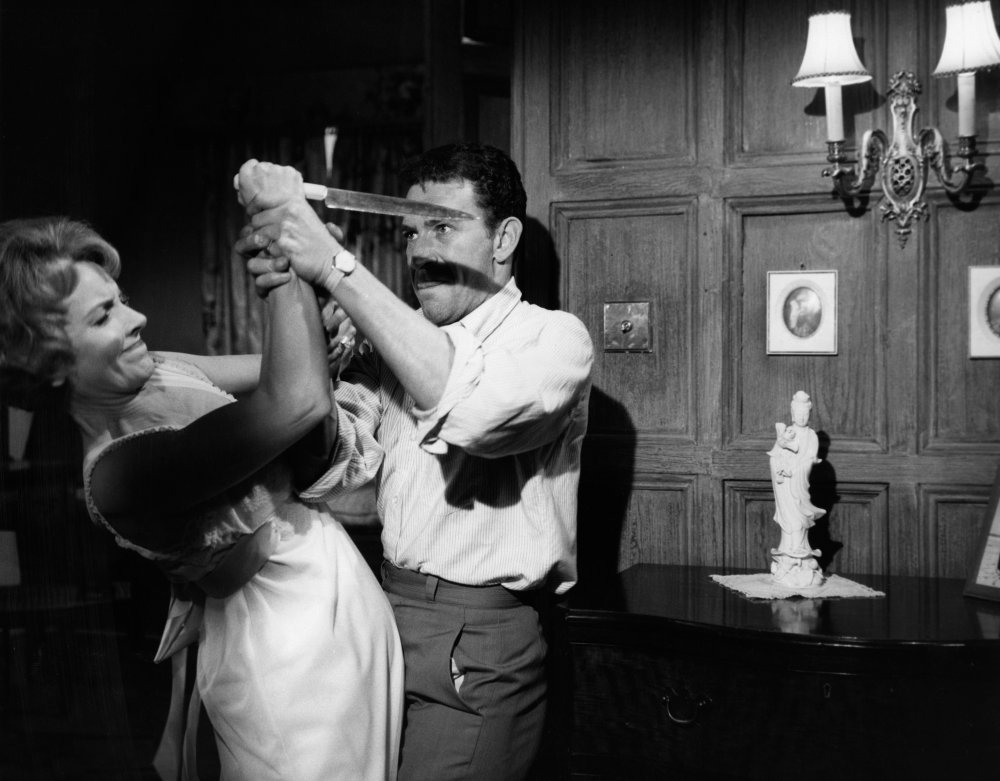 Peter Wyngarde’s performance in this sequence is spectacular, his whole body conveying sheer terror as he is pursued through the deserted corridors of the college. He ends up in his own classroom, where the phrase “I do not believe”, written by him at the film’s start, is still chalked mockingly on the blackboard.

Wyngarde was a well-established TV actor and already had horror credentials before appearing in this British classic, delivering more than a few shocks as the ghostly presence of Peter Quint in Jack Clayton’s The Innocents (1961). Here, in his first leading role on the big screen, his striking clean-cut looks and slender stature made him perfect casting as the high-flying academic who undergoes a psychological overhaul.

The screenplay couldn’t have been in better hands: credit goes to Richard Matheson and Charles Beaumont, two eminent sci-fi writers who contributed to TV series The Twilight Zone, and crime writer George Baxt (The City of the Dead, The Shadow of the Cat). The script is cleverly peppered with sly allusions to superstition and witchcraft: “Have you sold your soul to the Devil?” one of Norman’s colleagues asks jokingly, eliciting nervous glances from his wife; after Norman crashes his car, he regains consciousness to see the St Christopher’s medal of the other driver dangling tauntingly before his eyes. 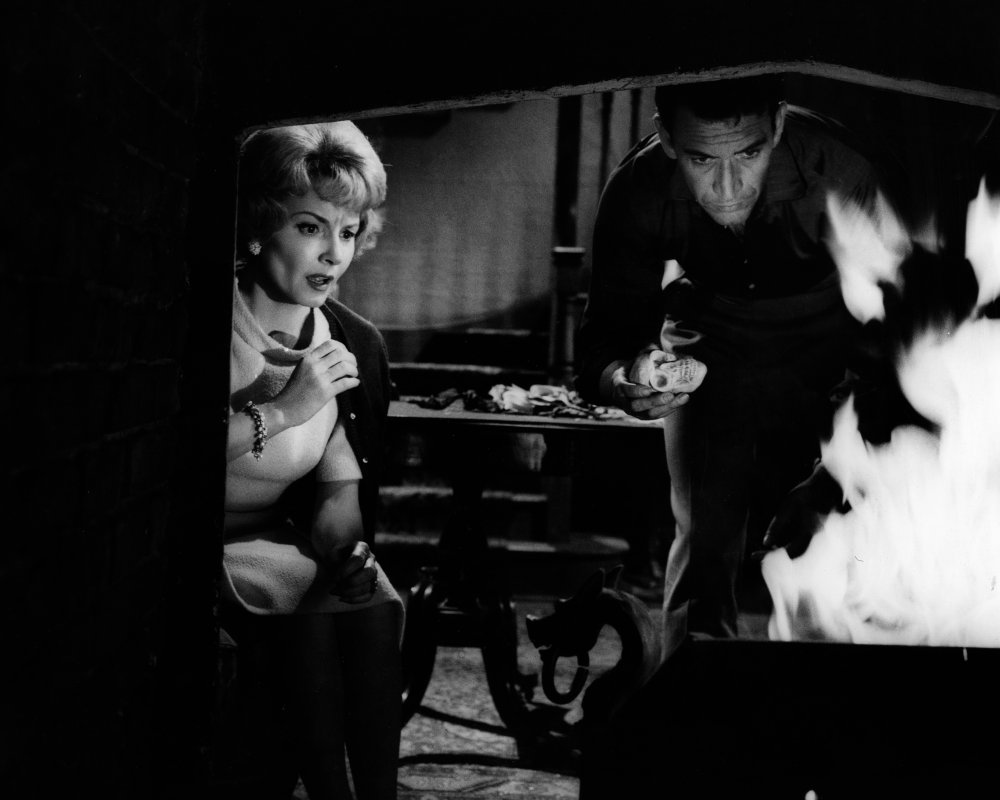 Director Sidney Hayers uses an array of techniques to enhance the chilling effect. The sound design is skilful, in particular the use of a reel-to-reel tape containing Norman’s speech on neurosis to conjure up evil – modern technology employed for ancient ends. Black-and-white cinematography is the purest way to portray the battle against dark forces, and much of the action takes place in Norman and Tansy’s house, amplifying their isolation and vulnerability.

In Night of the Eagle, middle-class homes and communities cease to be places of comfort and security; the film further paved the way for later domestic revelations such as Rosemary’s Baby (1968) and The Stepford Wives (1974). So beware – those twitching curtains can harbour more than just nosey neighbours.