Before Halloween and The Thing, John Carpenter flexed his genre muscles with spaced-out space-travel comedy Dark Star. It was the hippie, deadbeat answer to Star Trek and 2001, but in turn influenced everything from Alien to Sunshine. 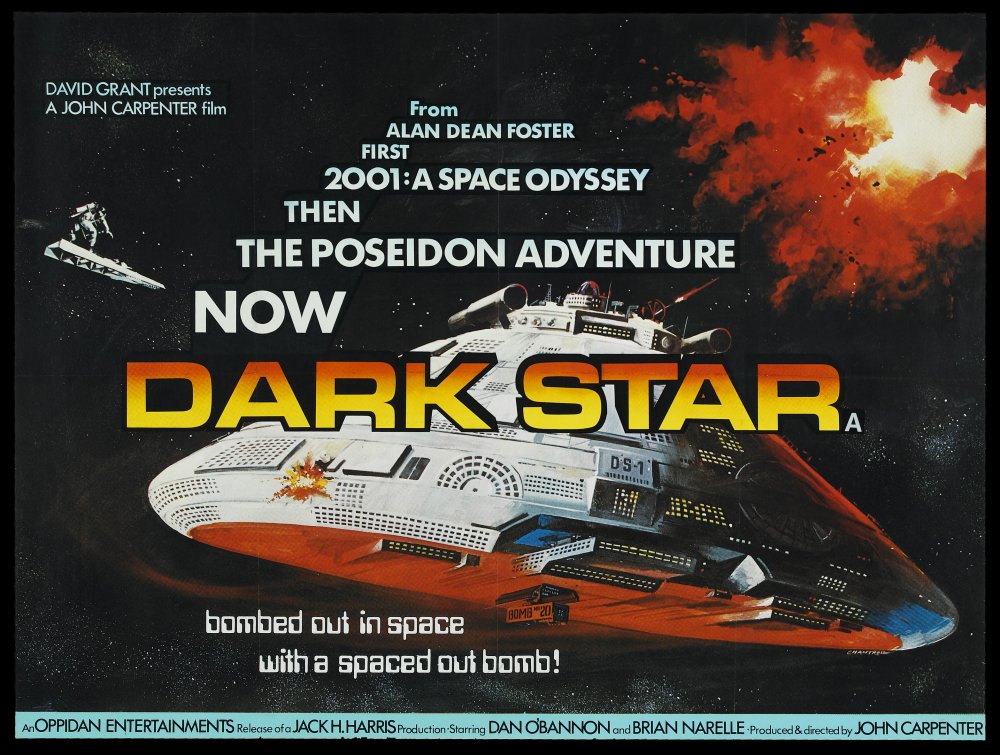 Space travel has rarely been as mundane, riotous or charmingly unspectacular as it is in John Carpenter’s debut film, Dark Star (1974). Begun in 1970 as a USC film school project with Dan O’Bannon starring, co-writing, editing and doing almost everything else, it was picked up by producer Jack H. Harris in 1973, who funded additional footage for a theatrical release the following year.

Somewhere in the future, the scout ship Dark Star is 20 years into its mission to track down and destroy “unstable planets” to pave the way for human expansion into the universe. But things aren’t going well.

As cabin fever takes hold aboard the cramped, deteriorating ship, the crew is starting to fall apart. Talby (Dre Pahich) spends his time isolated from the rest of the crew in an observation dome communing with the universe; Doolittle (Brian Narelle) has reluctantly taken control of the mission and pines for his days as a California surfer; Boiler (Cal Kuniholm) relieves the boredom with laser gun target practice; and Pinback (O’Bannon) – who isn’t who he appears to be – annoys the rest of the crew with his practical jokes and is rapidly coming apart at the seams. 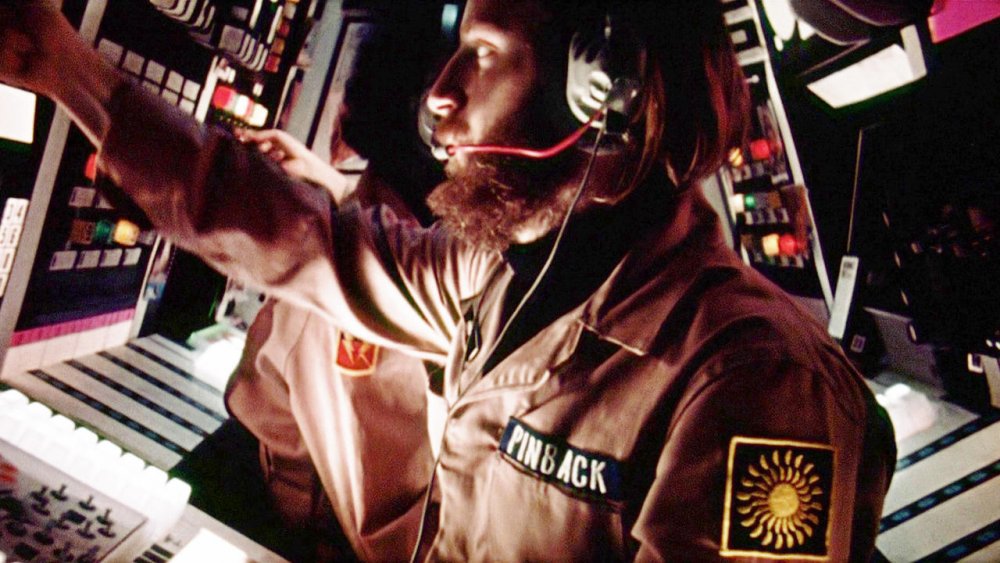 There’s a belligerent alien in the hold, an artificially intelligent weapon with delusions of grandeur in the bomb bay, and a dead captain (Joe Saunders) who is deep frozen but still able to communicate with his crew – much good his confused ramblings do them. The ship is falling apart and accidents have destroyed both the sleeping quarters and the crew’s entire supply of toilet paper.

Truth be told there’s very little story to Dark Star (Carpenter famously referred to it as “Waiting for Godot in space”). Instead, it’s a series of very funny, sometimes rather poignant sketches and vignettes capturing the monotony and loneliness of life for the crew aboard the eponymous ship.

Dark Star is frequently compared to 2001: A Space Odyssey (Carpenter has commented that he saw his film as the antithesis of the future envisioned by Kubrick and the poster sold the film with the strapline “The Spaced Out Odyssey”) but surprisingly less so to Star Trek (1966-69), which can be seen as Dark Star’s more respectable older sibling. 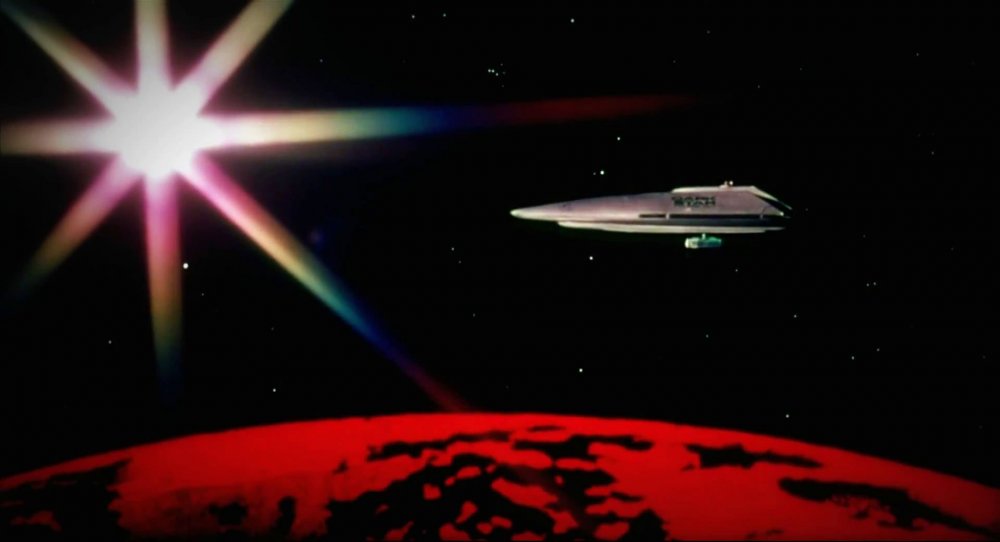 Whereas Gene Roddenberry’s vision of the future is one of gleaming technology deployed by a motivated crew for the betterment of mankind, Carpenter and O’Bannon’s vision is much more jaundiced and a lot more fun. The future they saw was one of unreliable machines maintained by a shambolic, uncaring crew whose lackadaisical attitudes would horrify Captain Kirk. Where Kirk’s mission statement was “to seek out new life and new civilisations”, Doolittle’s is rather less noble. “Don’t give me any of that intelligent life crap”, he quips, “just give me something I can blow up.”

Dark Star is very much the counterculture Star Trek, its dilapidated ship crewed by hippies, surfers and neurotics rather than the dedicated men and women of Starfleet.

The best-loved sequence in the film is Pinback’s increasingly uproarious battle of wills with the alien he’s insisted on bringing aboard as a mascot. Operating on a tiny student film budget, Carpenter and O’Bannon were unable to afford a realistic alien so attached plastic feet to an inflatable beach ball that was doing double duty standing in for the various planets seen in the film.

It’s an absurd image but one that is undeniably very funny (the creature tries to kill Pinback by tickling him as he hangs precariously from a narrow ledge in a lift shaft). It also gave Dark Star one of its most enduring ‘stars’, the other being the philosophically inclined ‘Thermostellar Device’ Bomb 20 whose religious awakening provides the film with its memorable climax. 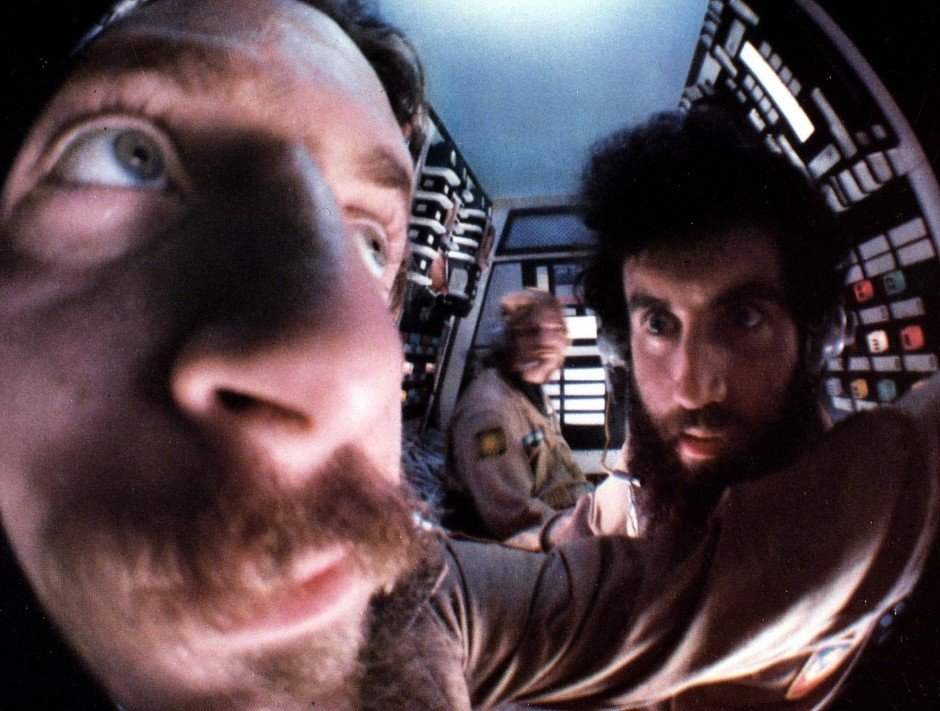 Doolittle’s increasingly desperate pleadings with the bomb not to detonate itself while still attached to the ship are the film’s comic highlight. Having spent much of the film not caring about anything but his long-lost surfboard or making music with his homemade bottle organ (a scene missing from the more recent director’s cut), Doolittle is suddenly forced to make an impassioned plea for his very life and finds himself outsmarted by a talking explosive.

In the four decades since the feature-length version was released, Dark Star’s influence has been evident in places both obvious – Alien (1979) (for which O’Bannon reworked the idea of a belligerent extraterrestrial stalking the cramped corridors of a grubby spaceship), Aliens (1986), Sunshine (2007) – and less so: TV’s Red Dwarf and Douglas Adams’ The Hitchhikers Guide to the Galaxy both owe Dark Star a huge debt.

Given its technical and financial limitations, it’s nothing short of remarkable and a great testament to Carpenter’s already considerable talents that Dark Star not only looked as professional as it does but that it has more than stood the test of time. It remains as funny, affecting and ridiculous now as it was in 1974.