Why I love ... Attack the Block

Mixing wit, social conscience and action thrills, Attack the Block is a bracingly original alien invasion film that keeps its feet firmly on the streets of ‘Broken Britain’ even as it warns us to watch the skies. 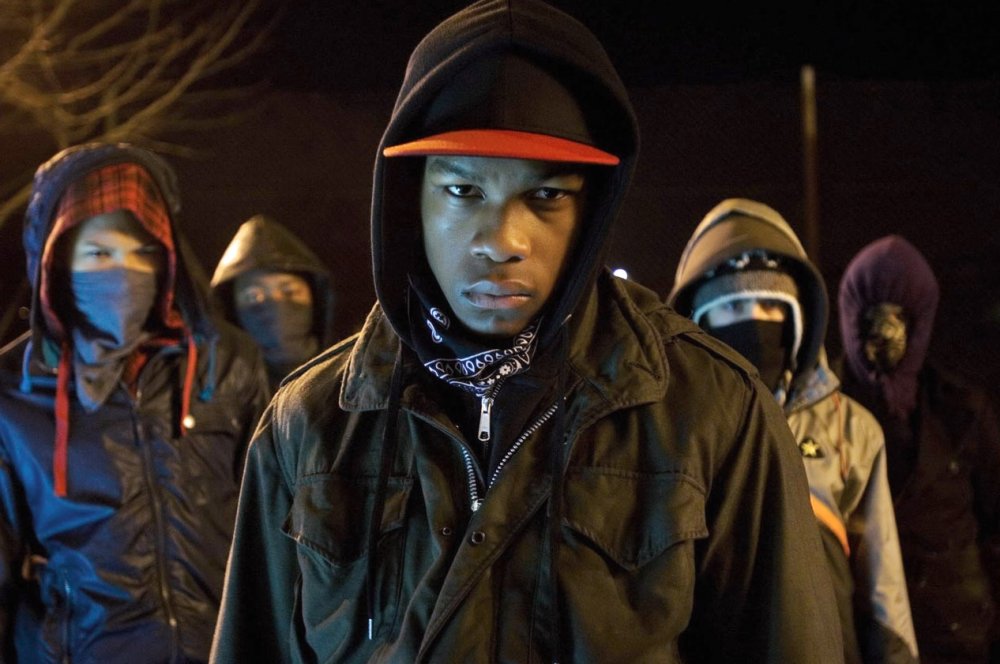 Recent years have seen a spate of tower block movies. British filmmakers in particular have been drawn to the dramatic potential of the high rise as the setting of their science fiction and action movies. Pete Travis’s Dredd (2012) used a 200-storey slum block to stand for the hellish Mega-City One, while Gareth Evans’ The Raid (2011) built floor-by-floor tension into its story of a police ambush on an underworld tenement.

Both films borrowed liberally from J.G. Ballard’s novel High Rise and its perception of a high-rise social order as one that reflects the tower block’s structural hierarchy; the top floor of each film housing criminal overlords who operate far beyond the reach of society and the law.  But it was another movie – Joe Cornish’s Brixton-set Attack the Block (2011) – that used the multi-dwelling unit most uniquely, focusing on those further down the criminal pecking order to tell its tale of alien invasion. 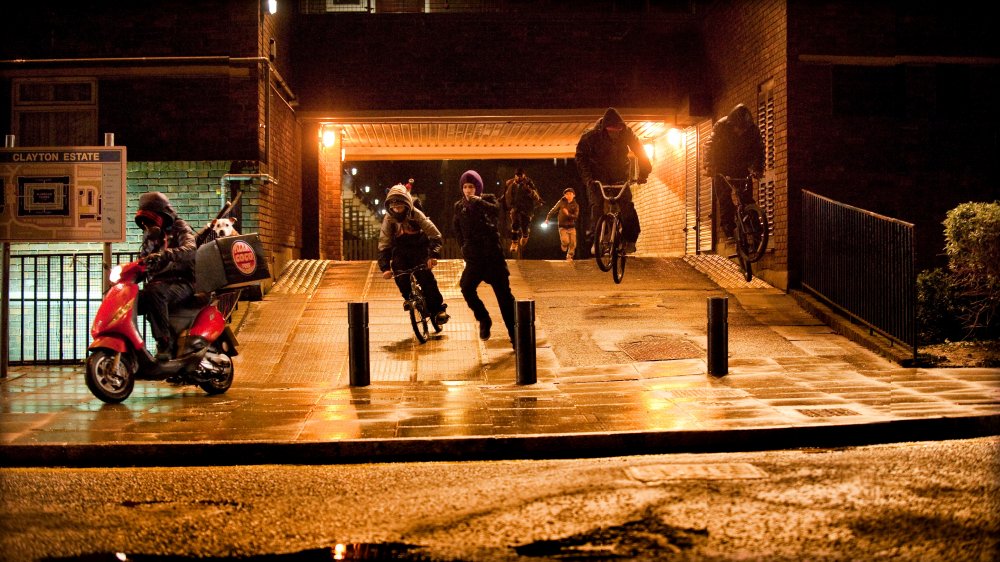 The extraterrestrial attack of the title comes on bonfire night, when an alien crash lands and disrupts the moment Sam (Jodie Whittaker) is being mugged by Moses (John Boyega) and his teenage street gang. Sam manages to escape but Moses and the gang kill the vicious beast and parade the carcass around their estate, unaware that they are leaving a scent for bigger and deadlier creatures to follow.

There are many reasons to love Cornish’s action-packed comedy thriller. Produced by Big Talk – makers of Shaun of the Dead (2004) and Hot Fuzz (2007) – Attack the Block shares executive producer Edgar Wright’s enthusiasm for genre shocks and knowing gags: “It’s raining Gollums” cries one kid as the alien invasion begins. But Cornish’s film has more grit.

Taking the best elements from 1950s B-movies, Attack the Block places ordinary people in extraordinary events and manages to add some social commentary without alienating its audience. It hit cinemas at a time when an intense cycle of ‘Broken Britain’ social problem films were exploring crime among groups of disenfranchised youth. Although some of those films are compelling – Bullet Boy (2004), say, or kidulthood (2006) – Attack the Block must be credited with injecting some much needed wit into the often bleak cycle. 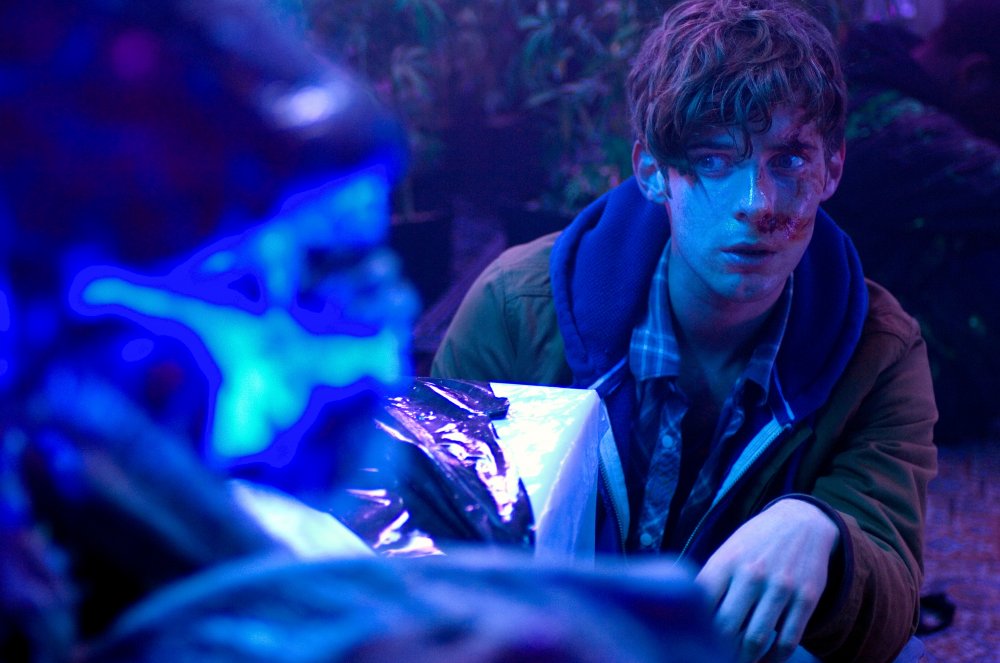 This emerges in the neat but never laboured homages spotted in the early parts of the film: a shot of gang member names sprayed in graffiti as shotgun-like effects explode on the soundtrack evokes early 90s ‘new black cinema’ like Boyz n the Hood (1991) or Juice (1992); J.G. Ballard and John Wyndham (author of The Day of the Triffids) are name checked in the film’s locations; the uneasy mixture of bonfire night and riotous behaviour even calls to mind Roy Ward Baker’s Flame in the Streets (1961).

Most entertainingly, the kids with their bikes and the backlit playground shed that houses the first alien, must surely be a nod to E.T the Extra-terrestrial (1982). But Moses doesn’t feed his bald, awkward alien M&Ms. Instead, he murks it. Attack the Block’s film’s heroes are not beguiled children but uncouth and misguided teenage petty thieves.

It’s from this central conceit – hoodies v aliens, if you like – that Attack the Block gets its humour and its social conscience. The extent of the bad boys’ vulnerability can be seen in brief moments of domesticity: when they rush home to gather fireworks and other weapons to chase off the aliens, their mums and grandmas insist they be home by 10. Gang leader Moses, the silent, brutal mugger still has a spiderman duvet cover. Yet, despite these childish trappings, it’s clear that Moses and his crew are living lives that have been ransacked well before the alien onslaught begins. “Walking the streets waiting to get jumped,” says gang member Pest (Alex Esmail), “just like any other day in the ends.” 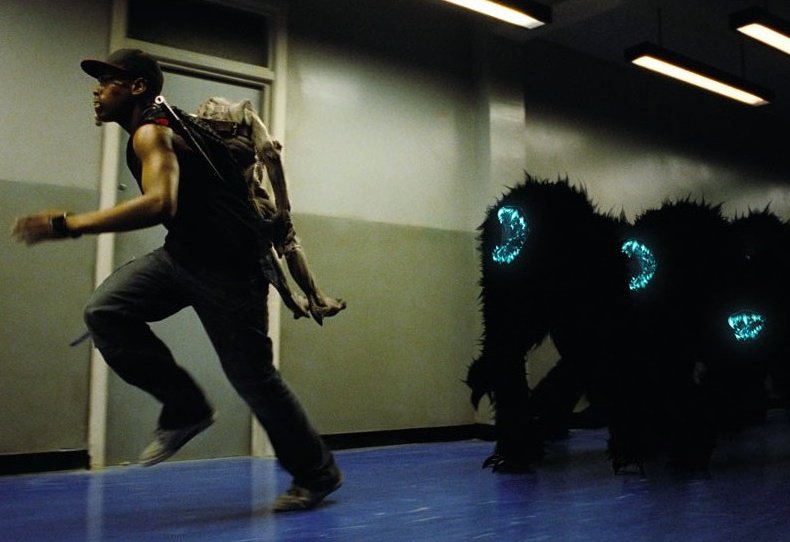 In a wonderful conceit, it emerges that the Attack the Block’s aliens are only out to get those who have come into contact with the alien killed at the start. This prompts the film’s morality – that actions have consequences – which doesn’t entirely convince, but the wider message, that these boys are part of an already ignored underclass, is much richer. As Moses says, “There are too many things out there to get me. Get me?” The strife and struggles of the film’s events are only experienced by an unfortunate few. The entire adventure, including the alien attack, goes largely unnoticed by the rest of society. They only see the damage left behind and subsequently arrest Moses – the teen who has saved them.

As part of the BFI’s Sci-Fi: Days of Fear and Wonder season, BFI Southbank hosted an Afrofuturism weekender where, among others, Afrika Bambaataa waxed lyrical about the hope and liberation that science fiction can offer those ignored by society. Afrofuturist writers, musicians and artists see space and the universe as culturally unchartered territories which humanity, with all its problems and prejudices, has not yet contaminated. In the words of musician Sun Ra, ‘Space is the Place’. But there’s a flipside to the merits of Afrofuturism, a cautionary reality check to the optimism of a cosmic utopia: while we’re gazing at the stars and contemplating the future, how do we address our problems in the here and now?

The reason I love Attack the Block is because it attempts to engage with this problem. In Attack the Block the dispossessed youth encounter another world which broadens their minds, but it also gets them into a heap of trouble.