Where to begin with Stanley Kubrick

Martin Scorsese once commented that watching Stanley Kubrick’s films was akin to “gazing up at a mountain top. You look up and wonder: ‘How could anyone have climbed that high?’” The works of Kubrick are such landmarks of their respective genres, it’s hard to say where those unfamiliar with the director should begin: it’s often argued that Kubrick in his time delivered the great war movie (Paths of Glory), historical epic (Spartacus), costume drama (Barry Lyndon), comedy (Dr. Strangelove), horror (The Shining) and, in the case of the newly restored 2001: A Space Odyssey, science fiction. 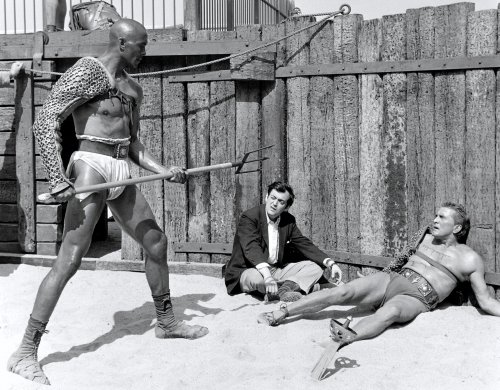 Like the monolith that appears in 2001, Kubrick’s films are awesome to behold, but they can also appear totally imposing to the uninitiated; he has the reputation of a master admired by masters, from Scorsese to Steven Spielberg to Orson Welles to Christopher Nolan. That Kubrick’s movies, including Dr. Strangelove (1964), his one true comedy (though most of his work is fortified with a lethal deadpan humour), are so hefty both thematically and compositionally makes them yet more intimidating.

Kubrick’s work grapples with only the most enormous subjects. He tells tales of men on the brink – of sanity, of the law, and of their own destruction in an amazing if indifferent universe. Heavy stuff, though the director’s painstaking approach – Kubrick would sometimes demand upwards of 100 takes for every set-up, on marathon shoots wherein he would obsess over every little detail – ensured that the viewing experience would never be less than hypnotising.

The best place to start – The Shining

The Killing (1956), a brisk heist movie, and Spartacus (1960), a starry swords-and-sandals epic, are two of the more accessible Kubrick efforts for their respective brevity and crowd-pleasing spectacle, though neither is entirely representative of the director’s work as a whole. Fast and cheap, the 85-minute The Killing has a B-movie economy that’s at odds with the studied grandeur of Kubrick’s subsequent works, while the filmmaker was forced to make so many artistic compromises on Spartacus that he later disowned it. 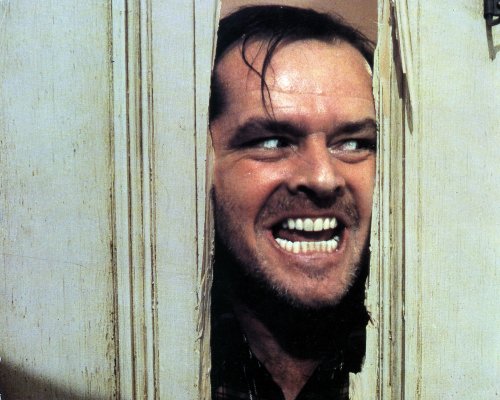 For a film that Kubrick had complete control over, and which intoxicatingly marries Kubrick’s artistic and commercial interests, see his 1980 chiller The Shining. The story of an author (Jack Nicholson) turning homicidal on his family during their winter stewardship of an apparently haunted hotel, this phantasmagorical Stephen King adaptation represents the perfect midway point between Kubrick’s highbrow inclinations and his penchant for lavish entertainment.

There are nightmarish apparitions, elevators of blood and deliciously oversized performances from Nicholson as well as Kubrick regulars Joe Turkel and Philip Stone, but the film is endlessly watchable for its noodling ambiguity as much as its pulp scares.

Is this really a tale of the supernatural, or of isolation-induced madness in a man undergoing midlife crisis? Could the Overlook Hotel’s apparent lack of architectural consistency from scene to scene be a mere geographical goof by the famously fastidious Kubrick? And what significance, if any, does Danny’s jumper depicting the 1969 moon landing hold? Room 237 (2012), the Rodney Ascher documentary that examines the countless fan theories The Shining has inspired, is a testament to how thoroughly Kubrick’s 11th feature can take imaginations hostage.

Once The Shining has given you a taste for Kubrick’s macabre sense of humour, the next port of call ought to be Dr. Strangelove (1964), a grain-alcohol-dry comedy about Cold War-era nuclear panic featuring a career-defining trio of performances from Peter Sellers. Sellers also appears in Kubrick’s mischievous drama Lolita (1962), a more minor Kubrick entry based on Vladimir Nabokov’s classic novel about an academic’s (James Mason) infatuation with an underage girl. Kubrick himself felt that his adaptation was hampered by contemporary censorship laws, but it still reveals flashes of his genius for dark comedy. 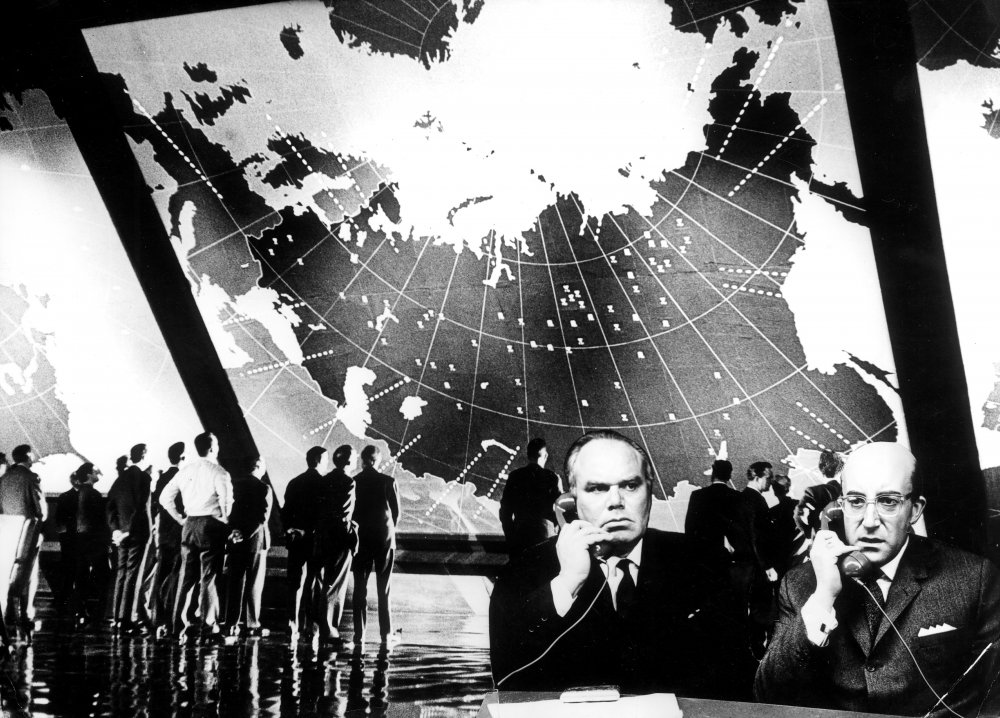 More dependable ground for Kubrick, due to their larger scale and potential for high drama involving desperate men, are his anti-war movies Paths of Glory (1957) and Full Metal Jacket (1987), which find the director in two different mindsets 30 years apart. Where the former is the work of an impassioned young filmmaker disturbed by the senseless slaughter of the Great War, the latter sees an older, more detached Kubrick finding savage humour in America’s hellish intervention in Vietnam. Both are devastatingly magnificent visions of 20th-century conflict.

So massive in scope are Kubrick’s movies that even a single-location effort like The Shining feels like an epic, but the biggest (and arguably very best) of Kubrick is a space exploration saga that takes us from Earth to the end of our known universe, from the dawn of man to infinity and beyond. 2001: A Space Odyssey (1968), a film concerned with metaphysics, human potential, artificial intelligence, evolution, life, death and rebirth, might be the quintessential Kubrick in that – over 149 minutes – it addresses Kubrick’s fundamental interest as a man: everything. 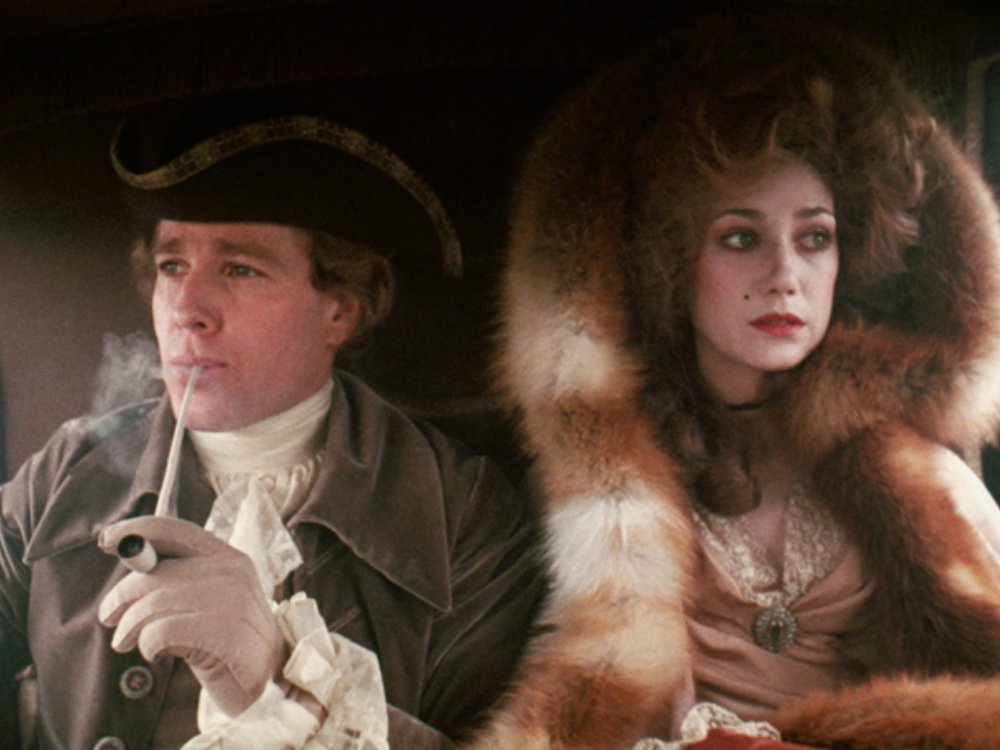 Eyes Wide Shut and Barry Lyndon are musts once you’ve got your Kubrick bearings though. They may be tougher to tackle, but they’re wry, ravishing commentaries on the human condition. Barry Lyndon in particular is a treasure, a tragic period piece framed in the style of great 18th-century art, and a riposte to anyone who ever accused Kubrick of emotional coldness.

Another to leave until later for an altogether different reason, dystopian sci-fi A Clockwork Orange (1971) is crucially Kubrickian in its awesome craft, black humour and thought-provoking storytelling, but the film still poses a challenge decades on from its release for the queasiness of its violence and bleak view of contemporary society. The antithesis of his hopeful Space Odyssey, A Clockwork Orange finds Kubrick three years on from that film at his most pessimistic, ruminating as he often did on man’s inhumanity only this time concluding that he’s already well beyond saving. A uniquely fascinating trip inside a moral vacuum, A Clockwork Orange’s scenes of giggling youths raping and torturing in a squalid near-future Britain can be a punishing watch even now.