Where to begin with Sergei Parajanov

Your next obsession: the surreal alchemy of Sergei Parajanov 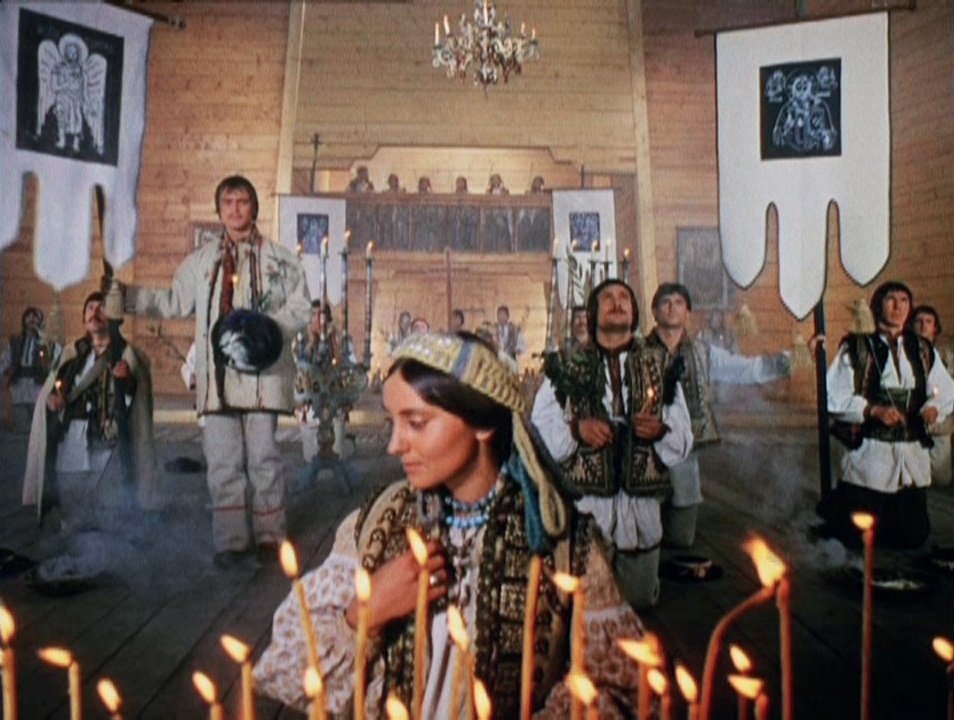 Sergei Parajanov is remembered as one of the Soviet Union’s most unique visionaries, though during his lifetime he was hounded as a dangerous subversive under the state’s iron insistence on conformity. Born in Georgia of Armenian descent, he studied film in Moscow but is above all a voice of the Caucasus satellite states, transforming their folklore into visual poetry as inscrutable as it is oneiric.

Not only was his cinema a grand departure from the didactic socialist realism the authorities demanded, its focus on national heroes and martyrs aroused their suspicions, as if it might ignite such pride locals would make an independence break from the wider communist colossus.

Troubling the state most of all – or offering its simplest excuse for silencing him – was Parajanov’s bisexuality. When he was arrested in 1973 on a homosexual rape charge, widely considered a politically motivated fabrication, there was international outcry, but it took four years in a Siberian labour camp before he was freed. He still struggled to make films, until censors loosened their scrutiny in the mid-80s.

Gone are the days his work had to be smuggled out in bootleg prints. It’s no longer hard to see, but time hasn’t made the strange symbolism of his breathtaking tapestries of minimal dialogue and exposition any less confounding.

The best place to start – The Colour of Pomegranates

Parajanov’s best-known masterpiece, and the crowning achievement of his signature approach of mysterious, surreal tableaux is The Colour of Pomegranates (1969) – a fine entry point into a world to be luxuriated in rather than rationally understood. He arrived at this vision mid-career, inspired to abandon socalist realism after seeing Russian auteur Andrei Tarkovsky’s Ivan’s Childhood (1962), which draws on dreams and memories. 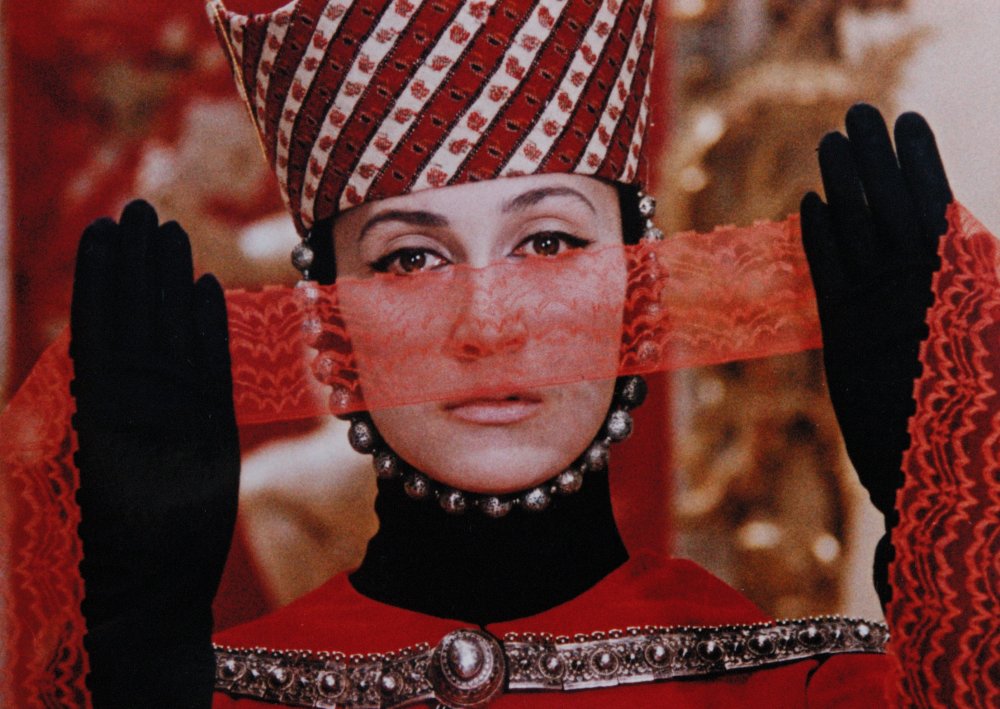 The Colour of Pomegranates is based on the life of Sayat-Nova, an 18th-century Armenian poet, singer and lute player who was born in Georgia and got kicked out of the royal court when he fell in love with the king’s sister. He became a priest, and was executed in Armenia’s Haghpat Monastery by invading Iranians for refusing to renounce Christianity.

From men with their vestments hiked, chiselling crosses into stone, to bathhouse clientele receiving massages, there is a charge to these formal configurations as homoerotic and gender-fluid (actress Sofiko Chiaureli plays five parts, including the poet as a young man) as it is arcane.

American director Martin Scorsese put it well when he said: “I didn’t know any more about Sayat-Nova at the end of the picture than I knew at the beginning, but instead what Parajanov did was he opened a door into a timeless cinematic experience.”

While Parajanov’s Shadows of Forgotten Ancestors (1964) draws on legends from Ukraine, where he began his filmmaking career, and The Color of Pomegranates is about an Armenian martyr, The Legend of Suram Fortress (1985) is steeped in the folklore of Georgia and set amid its brown, snow-smattered hills, where the singing is so inseparable from the nation’s daily life. 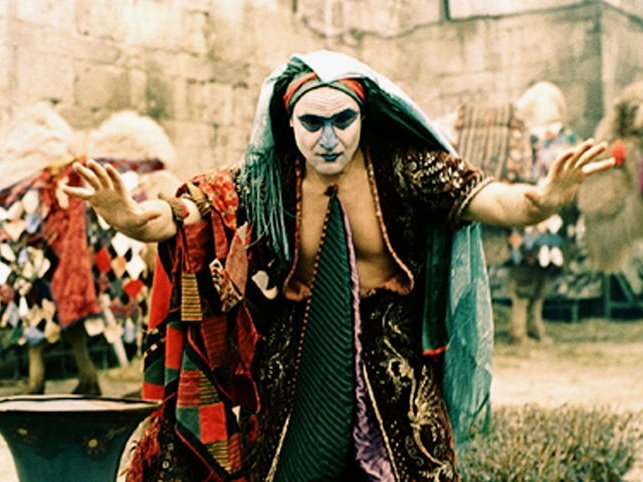 The Legend of the Surami Fortress (1985)

Based on a well-known tale that 19th-century writer Daniel Chonqadze brought into literature as a novella, it’s another story of martyrdom to preserve the Christian faith against Islamic incursions (it’s surely no coincidence that Parajanov’s own first wife was murdered by her relatives because of converting from Islam to Orthodoxy to marry him).

Durmishkhan (Zurab Kipshidze) is a former serf freed by his master. As Georgia comes under threat of Muslim invasion, his son willingly bricks himself up alive in the wall of Suram Fortress – the only way Durmishkhan’s jilted lover Vardo (played by Leila Alibigashvili in her younger incarnation and Sofiko Chiaureli as an older woman), a fortune-teller, foresees to stop it crumbling. Even the horses look shocked at the extremity of this act, but it’s said that any people with a man who could do such a thing are unconquerable. The film could only be made nearly 16 years after The Colour of Pomegranates, but its vivid tableaux encoding superstition, devotion and death make it very much allied in vision.

The final feature Parajanov finished, Ashik-Kerib (1988), with Georgian co-director Dodo Abashidze, is based on a story by Russia’s “poet of the Caucasus” Mikhail Lermontov. It depicts the wanderings of an impoverished minstrel trying to gain the money to wed his beloved within the thousand nights she promises to wait, and is another step on your Caucasian tour, channeling the folklore of Azerbaijan.

Parajanov disowned all the films he made before 1965 as “garbage”. That’s unduly harsh – but their conventionality, more in line with state dictates (1961’s Ukrainian Rhapsody, for instance, is a war melodrama, while Flower on the Stone (1962) is about love rivalries in a Donetsk mining town) means they are not the best starting point for getting a taste of Parajanov’s authentic essence as an artist. 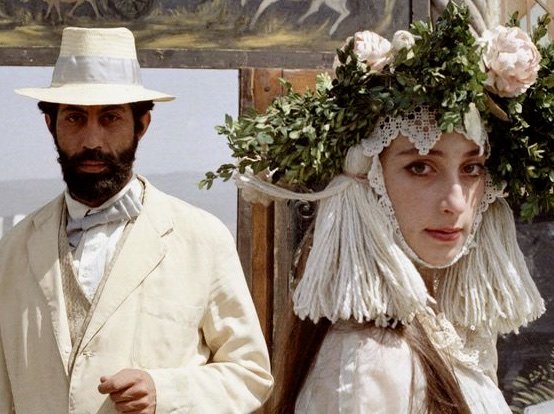 Arabesques on the Pirosmani Theme (1986)

Arabesques on the Pirosmani Theme (1986) is considered more of a minor film in his oeuvre due to its short length and the fact that another Georgian auteur, Giorgi Shengelaia, had already made the definitive masterpiece on primitivist painter Niko Pirosmani back in 1969 (simply called Pirosmani). Still, it’s a visually opulent, idiosyncratic tribute that’s not just about Pirosmani’s life but seems to inhabit or embody his paintings. It hones in on their details, just as the eye does when confronted with their teeming incident – be it a banquet table of toasting revellers at a feast or the giraffe that died because it couldn’t stand Tbilisi’s climate; an outsider like the painter himself, who died of starvation before his posthumous fame.

A door into a barren landscape, a white lamb, wind-blown lace on a twirling, red-lipped woman and a cantering horseman riding up from a white city like a hallucination: it’s Parajanov’s language, again, of oblique and esoteric symbols, sacrifices and offerings – art as magical alchemy.