Where to begin with Sergei Eisenstein 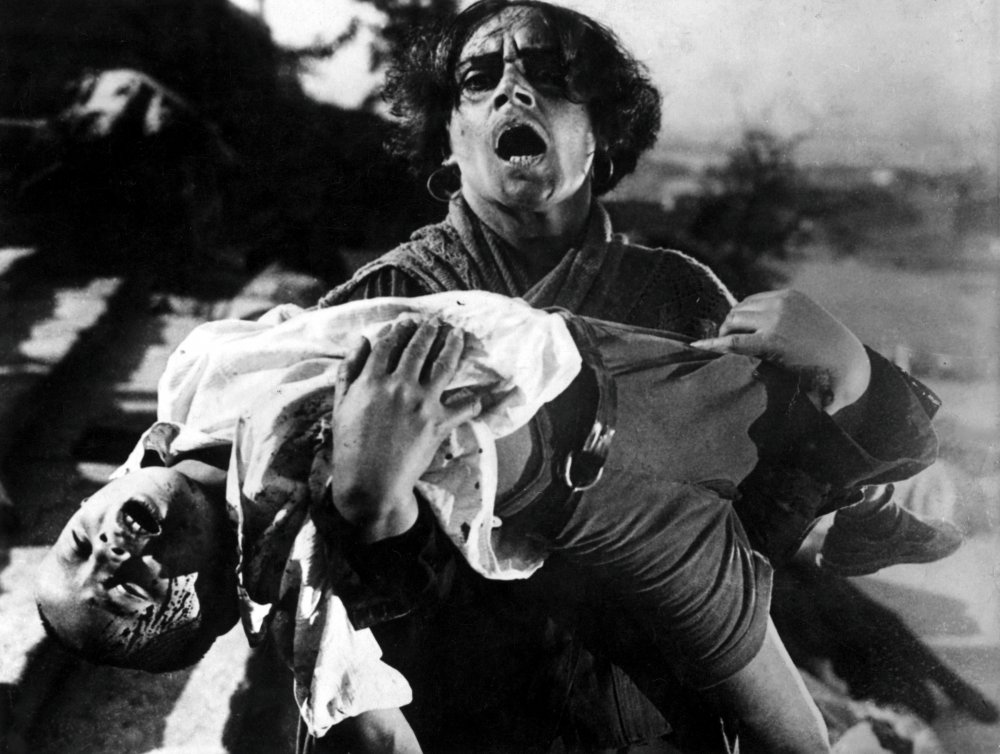 He may only have a relatively lean filmography, but Sergei M. Eisenstein is regarded as one of the most important pioneers of early cinema, a filmmaker and theorist whose legacy can still be felt today. 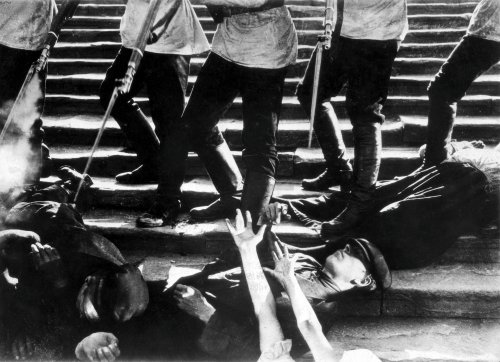 The world of silent Soviet cinema may be daunting enough without the added weight of Eisenstein’s exalted reputation as the ‘father of montage’. His ideas about how film editing techniques could be used to convey far more than narrative helped to shape the future of the medium. One of his most famous essays revolved around the five ‘methods of montage’, which described the different ways that shots could be compiled to achieve various outcomes (‘metric’, ‘rhythmic’, ‘tonal’, ‘overtonal’, ‘intellectual’). The effect of these ideas can be seen in the rapid cutting of modern action sequences, or the rhythmic edits of music videos.

The period in which Eisenstein was operating can be another potential barrier, both in terms of getting to grips with early cinema, and with regards to the overtly propagandist nature of his work, given that he was, despite international acclaim, producing films within the Soviet state system.

It may be the obvious choice, but it is the obvious choice for a reason. It’s one of the most renowned films in the history of the medium. It featured in the top 10 of Sight & Sound’s best films poll each decade until 2012, when it came in at number 11. It contains one of the most widely recognised and painstakingly analysed sequences of all time. The best – or perhaps, the only – place to start with Sergei Eisenstein is 1925’s Battleship Potemkin.

Originally banned in the UK due to the perceived power of its message, Eisenstein’s second feature film is a revolutionary epic in more ways than one. Following a theatrical five-act dramatic structure, its story follows the mutiny of the sailors of the eponymous vessel in 1905 and the subsequent, brutal response by Tsarist soldiers. That sequence, the massacre of civilians on the steps of Odessa, is the film’s landmark achievement, combining many of the director’s innovative editing techniques to craft a kinetic, tense, violent and deeply allegorical set piece.

For Eisenstein, and many of his contemporaries, the power of the edit allowed shots to be cut together to create brand new meaning that was not present in the original shots. Among the most famous examples of this are three successive shots of lion statues in different states of repose that appear to suggest the lion waking from its slumber – and, symbolically, the waking of the Soviet people to their oppression.

Unlike in Hollywood films, then and now, Eisenstein avoids focusing on a single, central protagonist in favour of creating a sense of a wider, cohesive populace. The use of new tools and ideas, still in their infancy, make Battleship Potemkin exciting to engage with as a historical text, particularly as it allows for just the kind of close analysis that Eisenstein himself was conducting on western cinema of the period.

However, it is not purely the mechanics of the method that make it such a wonderful film to revisit, but also their effect. Both the filmmaker, and the political actors behind the funding of his work, were hoping to inspire a visceral and emotional reaction in their audience, and as a result Battleship Potemkin remains as rousing and febrile now as it was almost 100 years ago.

If the stirring rebellion was what piqued your interest while watching Potemkin then you might be best advised to seek out the films he made before and after it – which make up a kind of loose trilogy surrounding the mythologies of the revolution of 1917.

Strike (1925) is a boldly experimental portrayal of the 1903 strikes at Rostov-on-the-Don and was conceived of as part of a never finished seven-film series entitled Toward the Dictatorship of the Proletariat. Much like in Potemkin, Strike aggressively employs montage for meaning – most famously in the likening of murdered strikers with slaughtered cattle via a juxtaposition of images. 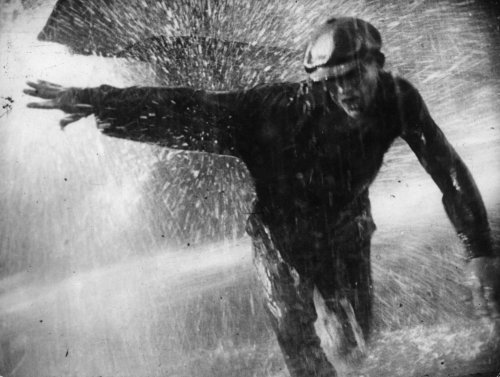 After Potemkin came Eisenstein’s film about the revolution itself, October: Ten Days That Shook the World (1928), a feverish, Stalin-produced whirlwind of symbolism. Eisenstein spoke about how the revolution brought him to art from his engineering background, and how art, conversely, brought him to revolution. These are the films, along with Potemkin, that bear out that relationship.

After a fallow period that saw him go a decade without a completed project, Eisenstein’s first sound film was the historical drama Alexander Nevsky (1938). This one was made in the state-mandated socialist realist style, with safeguards (in the form of watchful colleagues) put in place to stop Eisenstein straying into formalism. The result was a more straightforward narrative about the titular hero leading a force to repel invading Teutonic knights, culminating in a stunning battle on a frozen lake.

Despite the less inventive style, Nevsky still allowed for Eisenstein to theorise and experiment. Famously the score was by Sergei Prokofiev, and while some of it was composed to the film’s images, some sections were edited to the pre-written music, making it an innovative two-way collaboration.

The music also gave Eisenstein the basis for a new theory about how sound, and the composition of individual images, could guide the viewer’s eye. He planned various sections of the film around this theory, drawing diagrams of where the audience’s focus should be during each shot. It helps that Alexander Nevsky, like his later two-part epic Ivan the Terrible (1944/58), is also visually magnificent. 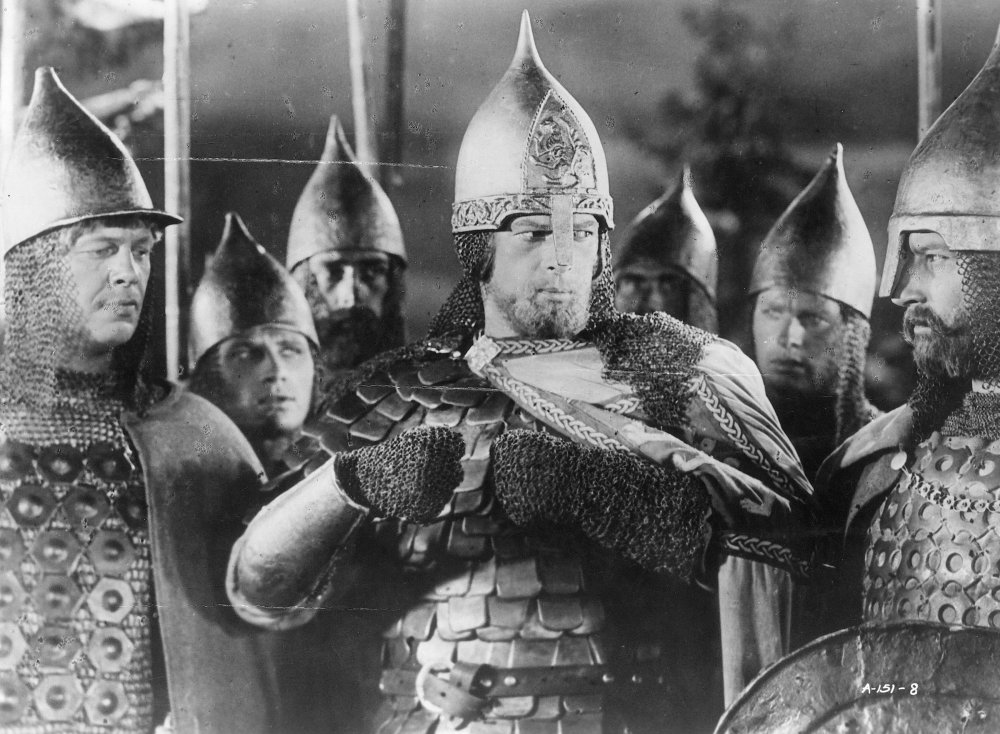 Arguably one of the most consistently great directors of all time, there’s nowhere that it would be disastrous to start with Eisenstein, but The General Line (aka Old and New) (1929) is probably one best saved – and savoured. A beautiful and hypnotic spin on familiar Soviet ‘labour’ films, it’s a document of agricultural policies filled with undercurrents of homoeroticism and sadomasochism, and perhaps most famous for the dizzying sexual overtones of its cream-separator sequence.

Related to Where to begin with Sergei Eisenstein