Where to begin with Robert Florey 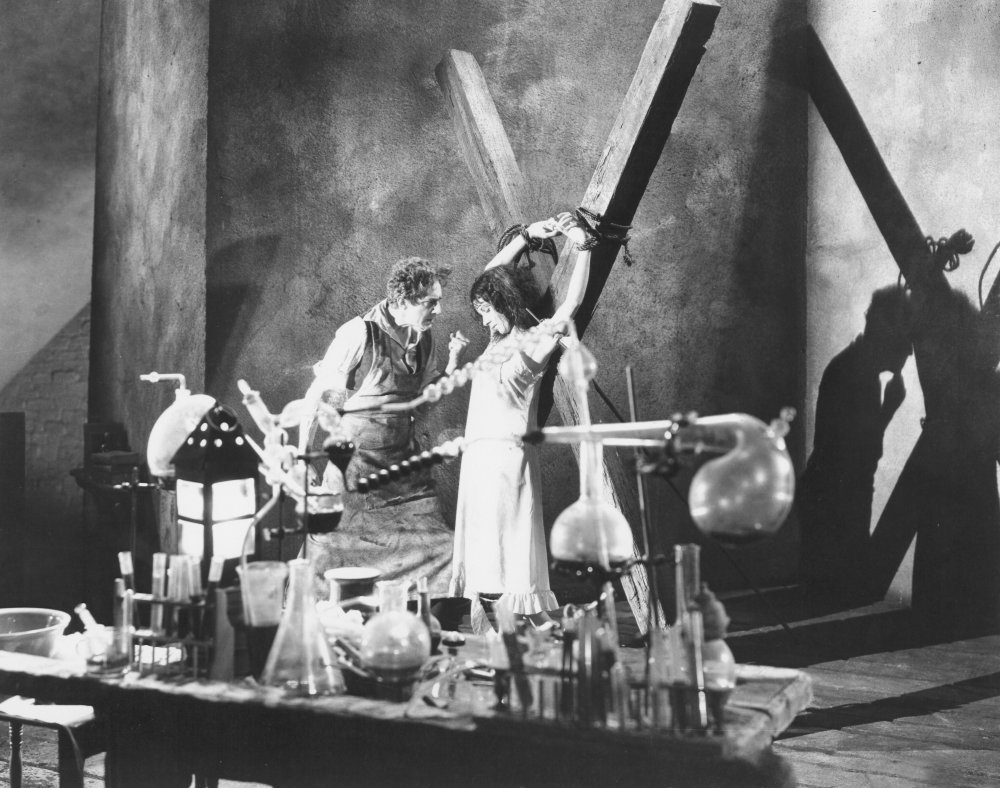 Getting a handle on the films of Parisian-born, American-naturalised Robert Florey (né Robert Fuchs) poses similar challenges to those of many a Hollywood director whose main spate of activity was in the prewar period. He was incredibly prolific, directing 65 features and numerous short films, many of which are not easily available for viewing.

Florey’s manifold achievements far exceed his reputation. Orphaned at a young age, he was raised in Geneva where, while still in his teens, he wrote, acted as cinematographer and appeared in a small role in what, according to his biographer Brian Taves, may be the first feature-length Swiss film, Une heureuse intervention (1919). Returning to France, he worked as an assistant to Louis Feuillade before his obsession with the new motion picture medium saw him leaving for Hollywood in 1921.

Here he handled foreign publicity for Douglas Fairbanks, Mary Pickford and Rudolph Valentino, and he’d already authored a couple of French-language movie books and made a few short films independently before serving as an assistant to Josef von Sternberg on The Masked Bride (1925) – at least until Sternberg was removed from the project. The first proper studio feature Florey directed was One Hour of Love (1927).

It was his extracurricular activities that initially most impressed, and not just his ongoing passion for film journalism. He had already published a book on Charlie Chaplin in France a year before his idol became a vocal champion of his self-financed short The Life and Death of 9413, a Hollywood Extra (1928). Co-directed with Slavko Vorkapich, it’s seen as marking the birth of the cinematic avant garde in America and led to further experimental works, including Skyscraper Symphony (1929) and The Love of Zero (1928). It also led to more prestigious projects, both in Hollywood and Europe, where he returned to make one of the first French talkies, La Route est belle (1930).

We might say Florey was the victim of this early success. His work was overshadowed by the stars and material he worked with on his bigger assignments: the Marx brothers in The Cocoanuts (1929); the final Johnny Weissmuller Tarzan film, Tarzan and the Mermaids (1948); and Chaplin on Monsieur Verdoux (1947), in which Florey’s unacknowledged direction acrimoniously ended his two decade friendship with the star.

A reputation for efficiency ultimately saw Florey largely confined to low-budget B-movies, although this field offered ample opportunities for under-the-radar experimentation. At his peak years, he averaged half a dozen titles a year in fields such as horror, mystery, crime and gangster movies, including King of Gamblers (1937) and one of the more sympathetic late-1930s outings for Chinese-American actor Anna May Wong, Daughter of Shanghai (1937). There were war and spy films like God Is My Co-Pilot (1945) and Rogues’ Regiment (1948), and many examples that blurred genre boundaries. He moved into TV in the 1950s, going on to direct episodes of The Untouchables, Alfred Hitchcock Presents, The Twilight Zone, The Outer Limits and much more.

It’s no surprise that he was able to develop such a distinctive style while turning out more than a few gems along the way. 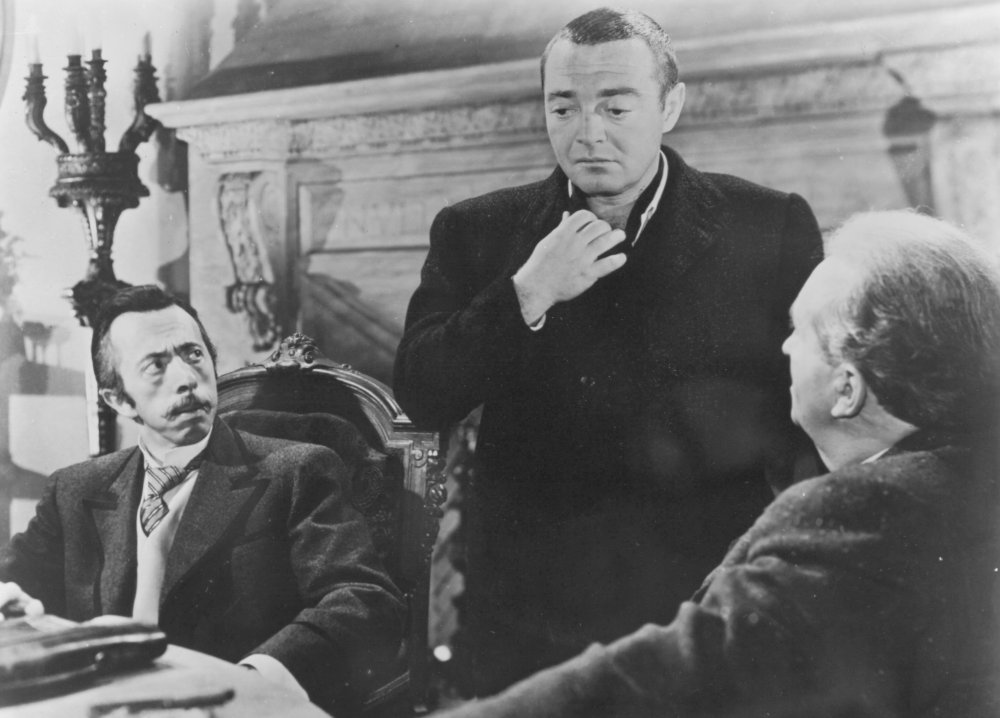 The best place to start – The Beast with Five Fingers (1946)

Studio problems hampered The Beast with Five Fingers (1946), with its jokey ending the result of a compromise with the producers to forestall potential censorship problems. Yet in terms of tone and terror, what precedes is near pitch perfect in this tale of a physically debilitated pianist, holed up in an isolated mansion with his nurse, nephew and a creepy personal secretary-come-amateur astrologist (played by Peter Lorre), awaiting his imminent death and their potential share of his inheritance. Pass away he does, but the horrors really begin when it’s discovered his left hand has been severed from his corpse lying in the family mausoleum.

Innovative sound design, prowling atmospheric camerawork and some grotesquely surreal sequences involving the titular beast as it threatens to upstage even the ever-reliable Lorre have led many to see this as not only among Florey’s finest, but also among the best horrors of the 1940s, although the director himself reputedly disavowed it. 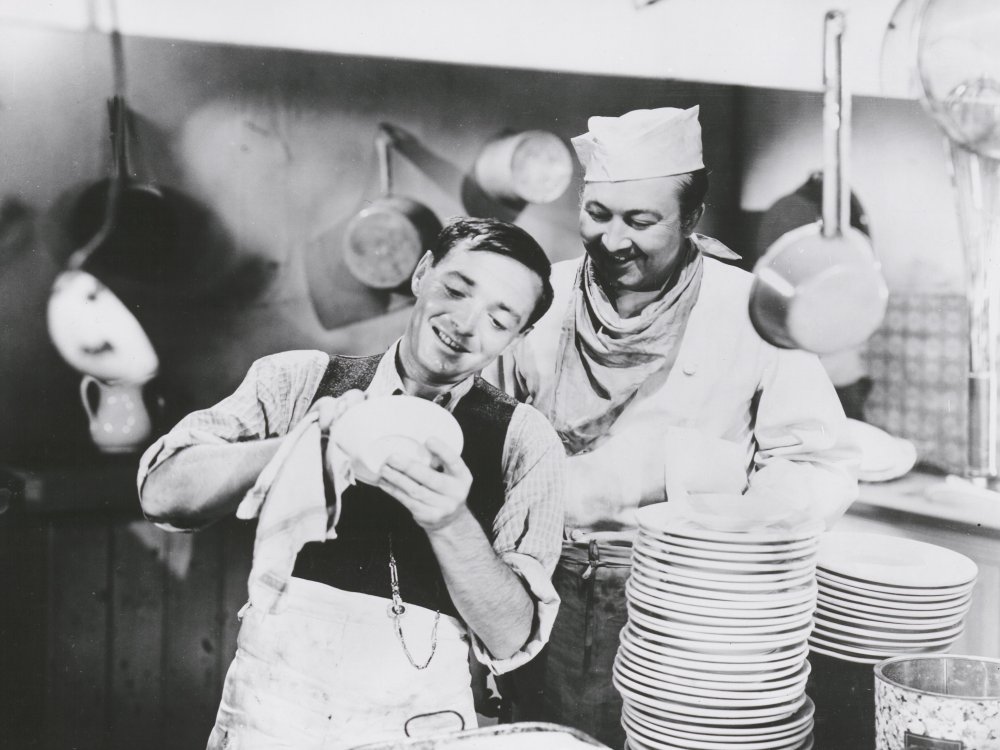 There’s an irony to Florey’s association with horror, not only because it comprises so little of his filmography. One of his other best-known titles, Murders in the Rue Morgue (1932), only came about after he was unceremoniously replaced by James Whale on the most famous of the projects he originated, Frankenstein (1931). Florey’s lost test reel featuring Bela Lugosi as the monster has entered the realms of Hollywood legend, but although his script survives to show just how close to his vision Whale adhered, Florey received no credit.

Unsurprisingly Murders in the Rue Morgue feels slight in comparison. Breaking almost completely with its ostensible source of the 1841 Poe short story of the same name, it has more than a hint of The Cabinet of Dr. Caligari (1920) about it. A bushy-eyebrowed Lugosi appears as Dr Mirakle, whose arrival in town with his carnival sideshow attraction, a large caged ape named Erik, coincides with the disappearance of several local beauties. It’s classic Universal horror, with its cloaked antihero prowling the smog-filled sets of an expressionistically realised mid-19th century Paris and a climax featuring the mad scientist succumbing to the forces he has unleashed. 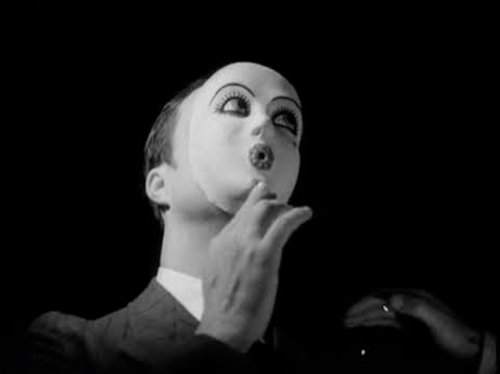 If The Beast with Five Fingers is a seminal work in the ‘hand horror’ subgenre, The Face Behind the Mask (1941) anticipates the surgical nightmares of Georges Franju, Jess Franco and Hiroshi Teshigahara. Once more Lorre stars, projecting a masterful balance of pathos and menace as the expressionless immigrant lured into the criminal underworld to fund the reconstruction of his features, destroyed in a freak hotel fire. A sublime example of what can be achieved within the B-movie format, it’s regarded by many as Florey’s masterpiece.

We might see Lorre’s role as echoing that of the wide-eyed would-be star lured by the bright lights then chewed up by the machinery of Hollywood in his 1928 short film The Life and Death of 9413: a Hollywood Extra – an earlier but essential stop-off as you get into Florey. This is the experimental short that brought Florey to the attention of the industry powers and perhaps foreshadowed his own career. Demonstrating a keen wit, a striking graphic sensibility and an ability to turn out highly impressive results on a shoestring budget, it represents the vision of a talent unfettered by studio control.

Florey’s employment on the Marx brothers’ first feature, The Cocoanuts, came through his experience on Paramount’s earliest sound films. The production was chaotic, with Florey struggling to keep the hectic performers within the frame of the heavily blimped and immobile camera, not to mention on the set, as the shooting schedule had to be arranged around their ongoing nightly Broadway performances of Animal Crackers. The film was critically and commercially successful, and certainly the most widely seen of all his releases. However, it is indisputably a Marx brothers film, not a Florey one, with the further ignominy that he wound up sharing his director’s credit with Joseph Santley, a figure from the world of theatre whose role was assisting with the musical interludes.