Where to begin with Robert Bresson

Your next obsession: the sublime minimalism of Robert Bresson. 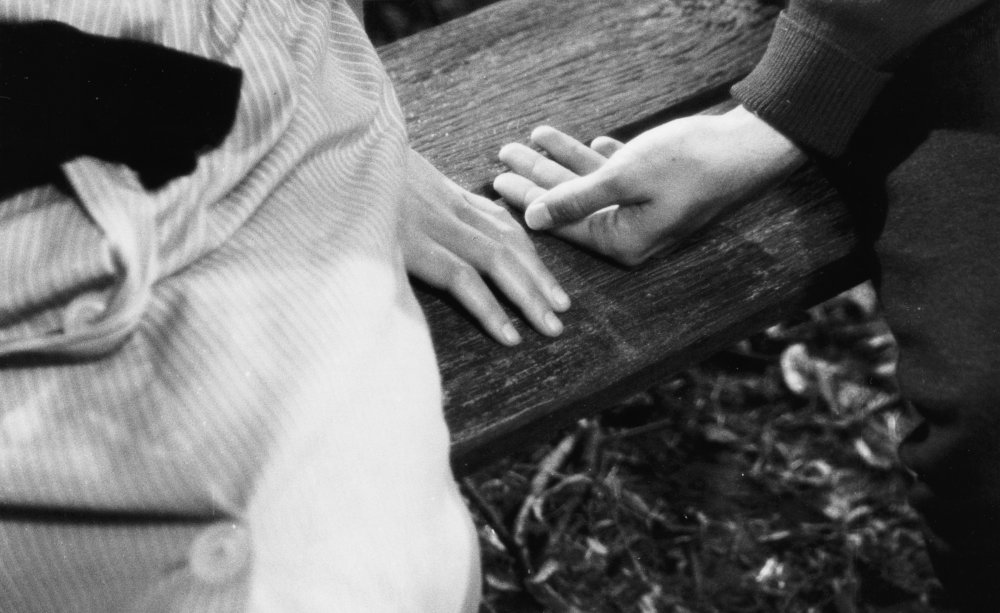 “Build your film on white, on silence and on stillness”, wrote French director Robert Bresson in his influential collection of memos, Notes on the Cinematographer. It’s a powerful statement, but if it seems to confirm Bresson’s reputation as an ascetically ponderous filmmaker, then it’s rather misleading.

Indeed, while Bresson made increasingly sparing use of music, he believed that sounds were more expressive than images. Bresson utilised selective and heightened soundtracks built from natural noises, which interact with his visuals to enhance and transform them. Combined with his idiosyncratic approach to montage, this unique aural world imbues his films with an exceptional sense of rhythm. 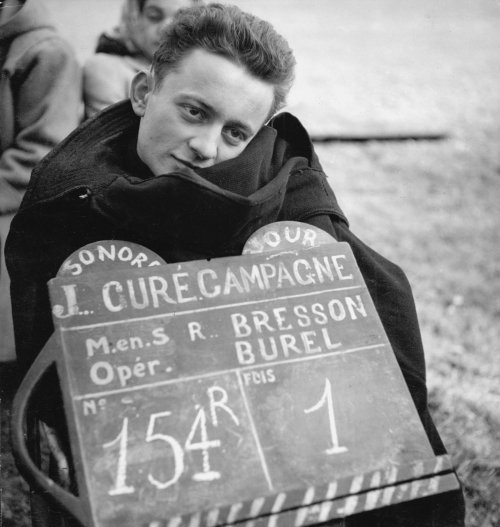 Bresson stripped away all excess, rendering his narratives with a brisk economy. Actions are jumped over in sharp ellipses that obscure causality, while close-ups reduce wholes to parts – Bresson shows the doorknob, not the door – thereby forcing the viewer to piece things together for themselves. Bresson wished to avoid ‘filmed theatre’ and embrace cinema’s unique potential.

To this end, he also eschewed character psychology and insisted that his nonprofessional actors – his ‘models’ – eliminate interpretation from their performances. In life, Bresson claimed, people do not analyse what they say, unlike actors. But by micromanaging the movements of his models and forcing them through endless repetition (often as many as 50 takes), Bresson hoped to circumnavigate thought and reveal something closer to ‘truth’.

In a sense, what Bresson was interested in showing was ‘the soul’. His work is infused with a serious spirituality, inflected by Jansenist ideas of sin, grace and predestination. Yet, more often than not, he avoided directly religious subjects and focused instead on criminals, rebels, the downtrodden and the abused.

For Bresson, God appears most strongly when not mentioned by name, and the transcendent is revealed through the natural: by looking at the surface of life close up, we can see the mystery that lies beyond it.

The best place to start – A Man Escaped

If Bresson’s films frequently feature characters battling with the social circumstances in which they find themselves, the conflict is expressed literally in A Man Escaped (1956). Based on the true story of French resistance fighter André Devigny breaking out from a German-occupied prison during the Second World War, the film explores the minutiae of escape in painstaking detail. Bresson, too, had been imprisoned during the war, but his aim was spiritual rather than autobiographical: the film’s focus on the physical work and the concrete objects involved is a prime example of Bresson revealing the transcendent through the natural. 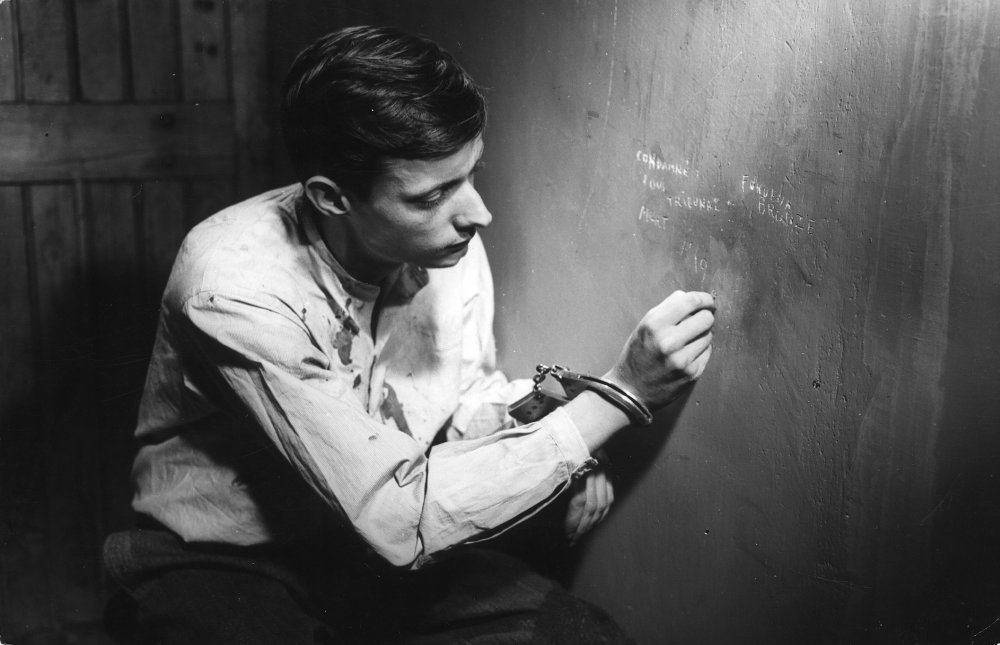 The past tense of the title tells us how things will end, heightening the film’s sense of predestination. Grace, too, seems to be present in the hope felt by the escaping prisoner, Fontaine, and the good luck that often befalls him. But Fontaine must work hard, for God helps those who help themselves, and – without a great effort of his own – Fontaine would not walk free.

The film’s images are luminous, but it’s the sound that makes the biggest impression (here as elsewhere, Bresson avoids pictorialism, despite a background as a painter). Indeed, the climactic escape is driven by the sound of crunching footsteps and the chugging of a passing train. It’s gripping, nail-biting stuff, as enthralling as any Hollywood thriller. Bresson’s elliptical style may make viewers work to keep up, but the result is an increased engagement and a heightened sense of emotional impact. 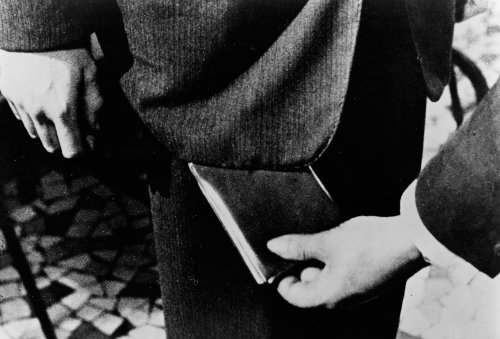 While A Man Escaped might play like something of a minimalist thriller, Bresson’s next film, Pickpocket (1959), would distance itself by opening with a caption declaring ‘This film is not a thriller’. The story of the rise, fall and redemption of a small-time pickpocket, the film nevertheless concerns itself, like its predecessor, with minutiae (in this case, of the techniques of pickpocketing).

The film was inspired by Dostoyevsky’s Crime and Punishment, and though Bresson consistently eschews the Russian writer’s psychological probing, Dostoyevsky’s influence permeates much of Bresson’s work (not least his two direct adaptations, Une femme douce (1969) and Four Nights of a Dreamer (1972) – the latter of which may well be Bresson’s most tender and emotionally involving film).

If Pickpocket’s fast pace and brisk, 75-minute runtime exemplifies Bresson’s elliptical storytelling and lack of excess, his next film takes things even further: clocking in at just over an hour, The Trial of Joan of Arc (1962) condenses the saint’s trial with startling, breathless efficiency. Despite the ostensibly religious subject matter, the film’s focus on Joan’s trial allows Bresson to examine her as another downtrodden captive, closer to Fontaine than a pious relic. 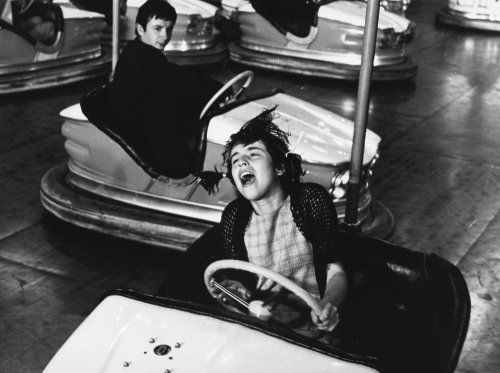 Bresson would continue to develop and refine his style throughout his career, and there are certainly benefits of experiencing his work chronologically. Indeed, his next two films rank among his best-loved works. For Au hasard Balthazar (1966), Bresson drew on both his own childhood and on Dostoyevsky’s The Idiot to explore the joys and vices of man and society through the eyes of a donkey.

For Mouchette (1967), about a young girl consistently faced with misfortune, Bresson returned to the fiction of Georges Bernanos, whose novel Diary of a Country Priest had provided the source material for Bresson’s third feature. His first true masterpiece, Diary of a Country Priest (1951) shows Bresson’s mature style in its embryonic form, and should not be missed. His first two features – Les Anges du péché (1943) and Les Dames du Bois de Boulogne (1945) – are often overlooked (or dismissed) as apprentice works filmed in a more conventional style. The truth, of course, is more complex, and the films are masterful.

Some have argued that Bresson’s colour films (from Une femme douce on) are marked by an increasing pessimism towards society and a lack of divine grace. If the latter point can be refuted through Bresson’s belief that God appears most when not pronounced, the former is harder to deny, especially with regard to his last three films: Lancelot du Lac (1974), The Devil, Probably (1977) and L’Argent (1983). By the time of these films, Bresson’s style had become so refined as to seem almost acerbic and abrasive. Exciting as this may be for acolytes, it can be dangerously off-putting for newcomers. 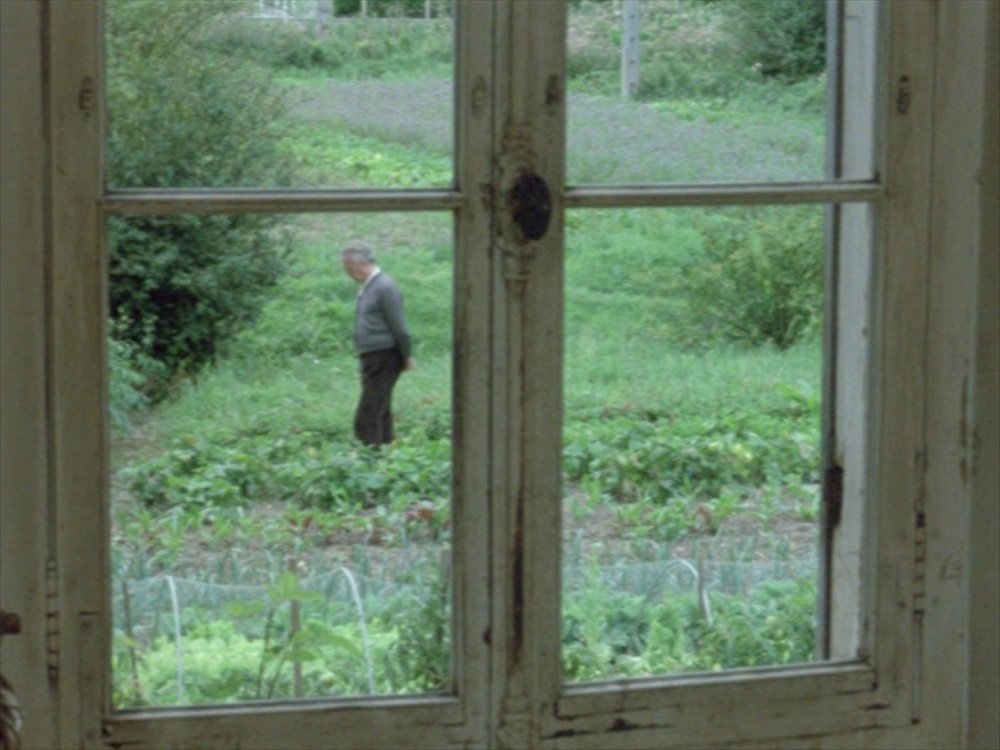 Bresson is rightly considered to be among the greatest of filmmakers, but he is also one of the most serious and most challenging. If these same challenges make the work all the richer for those willing to face them, then perhaps his last three films – as the most extreme examples of his style – are also his most rewarding, even if they are not the most outwardly welcoming.