Where to begin with Richard Linklater

Your next obsession: the easygoing, talkative indies of Richard Linklater 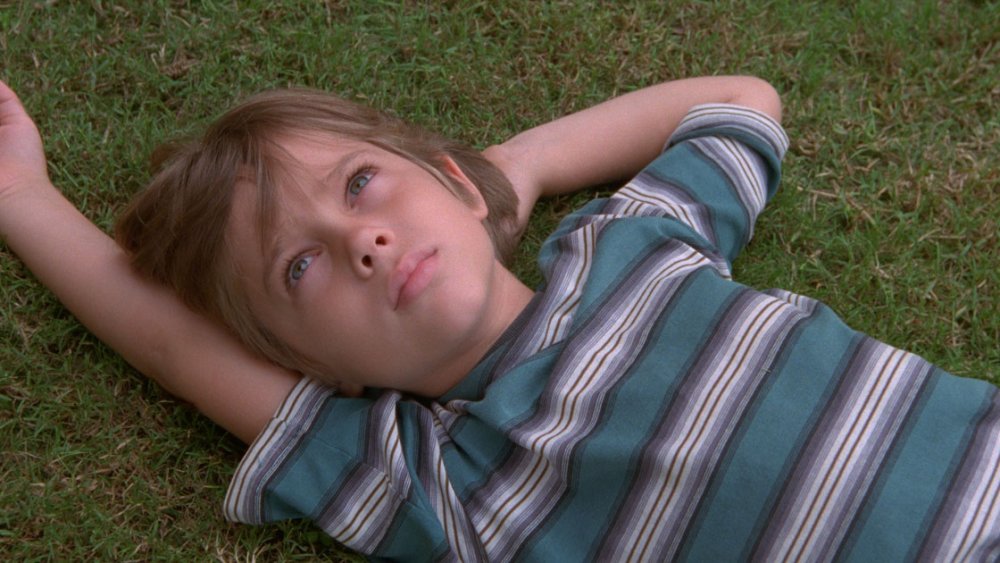 In 1990, Richard Linklater self-released his second feature, Slacker, in Austin, Texas. A year later, the film was acquired by distributor Orion Classics and released across the US, coinciding with a newly established cultural zeitgeist spearheaded by the publication of Douglas Coupland’s landmark novel Generation X: Tales for an Accelerated Culture. Suddenly, and unwittingly, Linklater found himself catapulted to fame as one of the leading spokesmen for an entire generation. 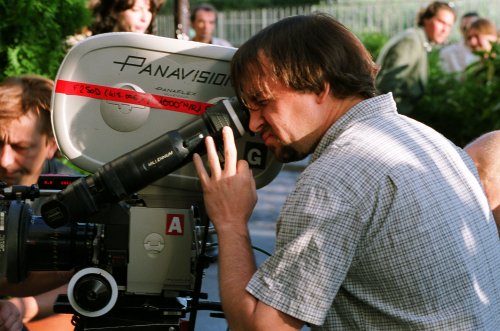 But, for Linklater, the conversation was only interesting when it related to the work itself, and he was quick to downplay his role as a cultural commentator. Nevertheless, his subsequent films have often continued Slacker’s chronicling of the practices of youth, and ‘spokesman’ seems like an appropriate term for someone whose films are drenched in dialogue.

Influenced by literature and philosophy, Linklater’s movies display an intense infatuation with verbiage, and the director has confessed to deliberately rejecting the famous filmmaking dictum of “show, don’t tell”. Adding to the sense that Linklater’s work is ‘uncinematic’ is his preference for building films around the thinnest of plots, placing the emphasis on nuanced characterisation over conventional storytelling.

In short, Linklater’s cinema is the kind that viewers of a certain disposition will find infuriating – even if those more inclined to go with the flow are liable to find themselves falling in love with the characters he creates.

The best place to start – Before Sunrise 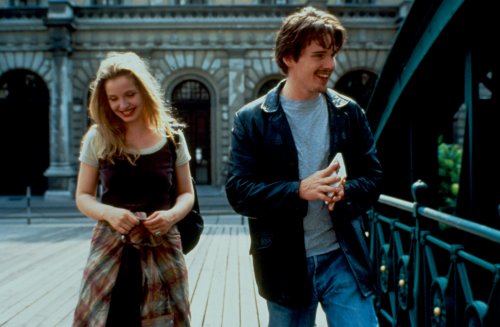 Near the start of Before Sunrise (1995), one of Linklater’s most endearing and enduring films, Jesse (Ethan Hawke) tells Céline (Julie Delpy) about an idea he’s had for a new TV show: people are filmed for 24 hours, the cameras capturing, in real time, their life as it’s lived – the mundane poetry of day to day life. Given the (lack of) action that follows, Jesse’s words almost play as Linklater’s own statement of intent.

Jesse and Céline have just met on a train travelling through Europe (travel is a recurring theme in Linklater’s work), striking up a conversation after witnessing a nearby couple breaking into an argument. Céline is bound for Paris, but Jesse persuades her to get off the train at Vienna: he has a flight back to America booked for the following morning and can’t afford a room for the night, so he suggests they spend it walking around town.

And so begins one of the smartest and sharpest romcoms in cinema history. The charming chatter flows free and easy as the would-be couple walk and talk, the narrative action centring upon little more than us getting to know the characters just as they, too, get to know one another – and themselves. 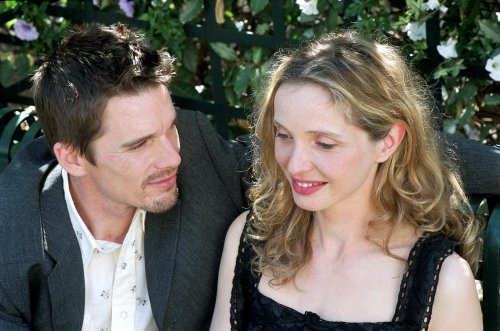 Nine years after Before Sunrise, Linklater, Hawke and Delpy reunited to continue the story of Jesse and Céline in Before Sunset (2004). The film unfolds in real time (a technique also used by Linklater in his 2001 chamber drama Tape), a fact that, when added to the gap between instalments (a third part, Before Midnight, was released in 2013), results in the emergence of two of Linklater’s primary concerns: time and memory, and how the two interconnect.

Linklater notably also explored these ideas in his coming-of-age drama Boyhood (2014), which was filmed over 12 years. In following the life of Mason Evans Jr (Ellar Coltrane) from the age of six to 18, the film was built to resemble a memory, as if someone was looking back on their life as a series of moments.

But if time and memory preoccupy Linklater, so does dreaming, and Jesse and Céline also feature as dreamed fragments in his rotoscoped animation, Waking Life (2001). A wide-ranging philosophical discourse, the film sees an unnamed protagonist (Wiley Wiggins) drift through a lucid dream, observing (and sometimes participating in) a series of erudite, existential conversations. The animation lends the film a suitably dream-like quality, perfectly encapsulating the film’s questioning of reality. Linklater re-used the technique for his paranoid, drug-fuelled sci-fi tale A Scanner Darkly (2006), adapted from a Philip K. Dick novel. 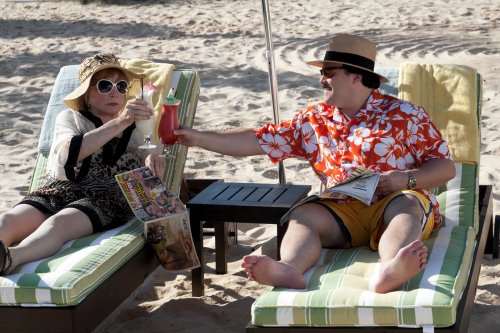 With Bernie (2011), Linklater explored the nature of reality in a different way, incorporating documentary-style talking heads into a blackly comic fictional retelling of a true-life murder and trial in the small east Texas town of Carthage. To complicate matters further, some of the interviewees are genuine townspeople, while some are actors, resulting in a unique blend of fact and fiction that makes us question the veracity of what we’re seeing on screen. It’s a fascinating response to the strangest of situations: the murderer, Bernie Tiede (Jack Black), was so well liked in Carthage that people wanted to overlook the fact that he had shot an 81-year-old woman in the back (four times), and let him go free.

But Bernie wasn’t the first film in which Linklater asked his audience to identify with a criminal – in 1998, he made The Newton Boys, based on “the true story of the most successful bank robbers in the history of the United States”. Underrated and overlooked, this relatively early work was Linklater’s first real step towards a more narrative-driven cinema of a kind he never fully embraced. Still, in telling the tale of four brothers who justify their bank robbing due to the fact that “all the banks is insured now” and the insurance companies are “the biggest crooks of ‘em all”, Linklater retained his anti-conformist, rebellious streak.

In fact, this streak even found its way into his most commercial film to date: 2003’s excellent comedy The School of Rock, about a failed musician (Jack Black) who subterfuges his way into a teaching role at a prep school and ends up showing the children how to ‘stick it to the man’ through the power of rock. Commercial though it may be, it’s a commercial film as only Linklater could envision it. 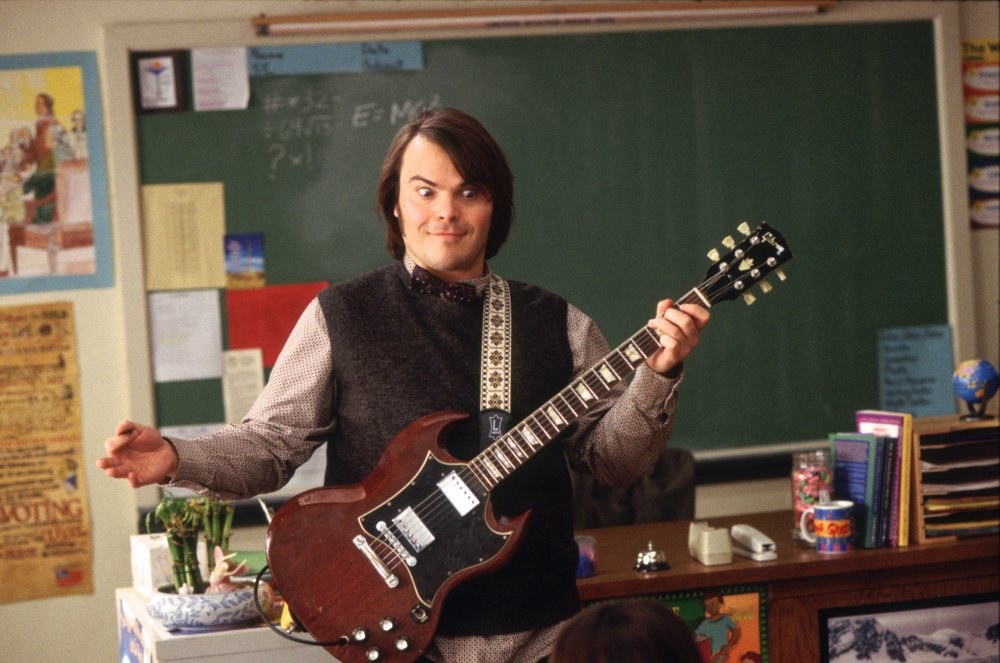 Newcomers to Linklater’s filmography should also be sure not to miss the perennially popular 70s-set coming-of-age comedy Dazed and Confused (1993), about the exploits of several groups of students on the last day of school, or the lesser-known SubUrbia (1996), about one night in the life of a group of disaffected teenagers. The latter ranks among Linklater’s very best work.

In 2005, fresh from the success of Before Sunset, Linklater returned to the more mainstream formula of The School of Rock, teaming up with Billy Bob Thornton to tell another tale of inappropriate tutelage. A remake of a 1976 Michael Ritchie sports comedy, the resulting film – Bad News Bears – features Thornton as a sleazy, crotchety, former baseball player who is hired to coach a ragtag Little League team of untalented players. It’s perhaps possible to see it as another attempt to make the audience identify with a character living outside of the norms of conventional, polite society, but the film never quite springs to life. It’s far from a total disaster, but it’s a disappointingly mediocre effort from a director capable of real genius. Best saved for completists only.