Where to begin with Rainer Werner Fassbinder 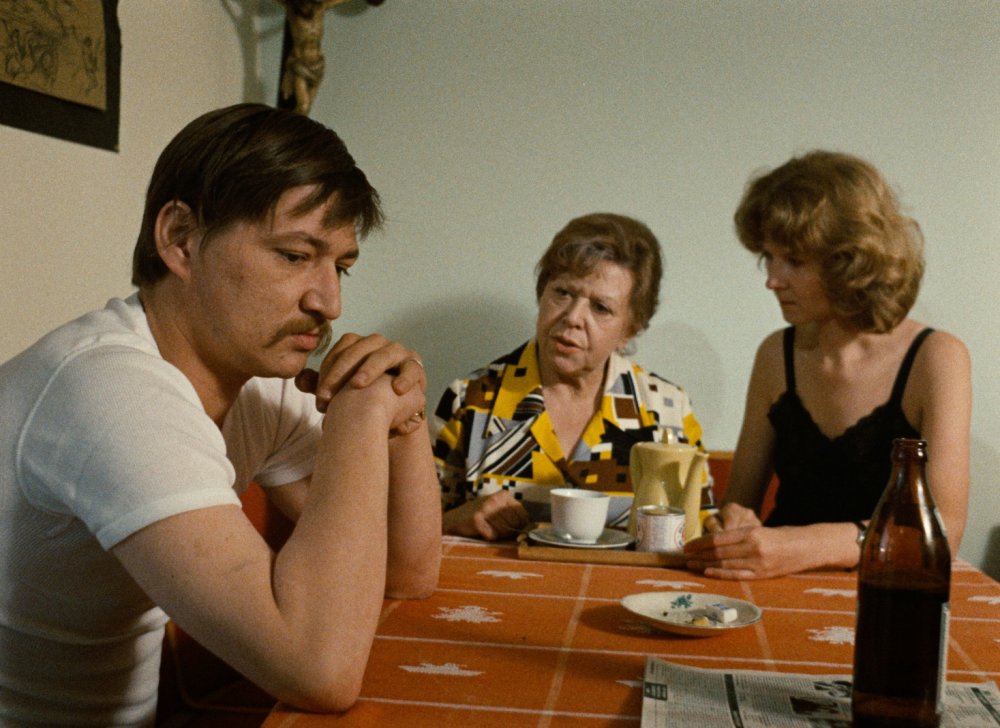 “Seeing a Fassbinder retrospective is better than drugs, liquor and sex put together” – John Waters

Rainer Werner Fassbinder started strong. A film school reject, he flourished in Munich’s avant-garde theatre scene before diving into cinema with fearless bravado. The trio of gangster flicks made from 1969-70 – Love Is Colder than Death (1969), Gods of the Plague (1970) and The American Soldier (1970) – show early signs of his love of deconstructing a beloved genre (in this case film noir) and a cunning exploration of homoeroticism. These and his other early works are political, experimental (the slo-mo finale of Love Is Colder than Death is jaw-dropping) and, though influenced by Hollywood, defiantly subversive. 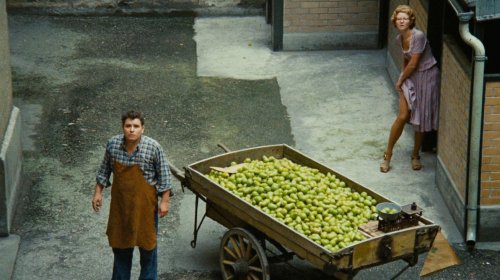 The Merchant of Four Seasons (1971), about a fruit seller driven to self-destruction by an uncaring society, and The Bitter Tears of Petra von Kant (1972), featuring flawless performances by an all-female cast, drew international acclaim and, after a break from cinema to focus on television, including satirical sci-fi TV drama World on a Wire (1973), the next stage of Fassbinder’s filmography began with a marvellous array of tough melodramas, many influenced by Douglas Sirk, including Fear Eats the Soul (1974), Effi Briest (1974) and Fox and His Friends (1975).

Towards the end of his career, Fassbinder explored the complex history of postwar Germany through the stories of three fascinating women in the BRD trilogy, consisting of The Marriage of Maria Braun (1979), one of his best known films and the biggest box office success of his career, Lola (1981) and Veronika Voss (1982). His last film, Querelle (1982), is a frenzied take on Jean Genet’s queer classic and unlike anything else in Fassbinder’s career except, perhaps, the epilogue of his epic TV series Berlin Alexanderplatz (1980).

Fassbinder was an incredibly prolific director, making 41 features over 14 years (his first 10 of these were made in under two years). The sheer diversity of his films makes deciding where to begin a daunting task, and while there are worse ways to approach the task than by starting at the earliest film and working through to the last, a more curated path could yield a greater appreciation of his stunning legacy.

The best place to start – Fear Eats the Soul

Made around the midpoint of his career, Fear Eats the Soul is a powerful and accessible introduction to Fassbinder’s work. It’s one of his very best films. It stars Brigitte Mira as Emmi, an elderly cleaner who falls in love with Ali (El Hedi ben Salem, Fassbinder’s lover), a much younger Moroccan immigrant. The couple face prejudice from their neighbours, and the strain threatens their relationship. Racism and xenophobia were fiercely damned by Fassbinder previously in Katzelmacher (1969) and Whity (1971), but the use of melodrama to tell this very moving love story adds a painfully human dimension to the tale. 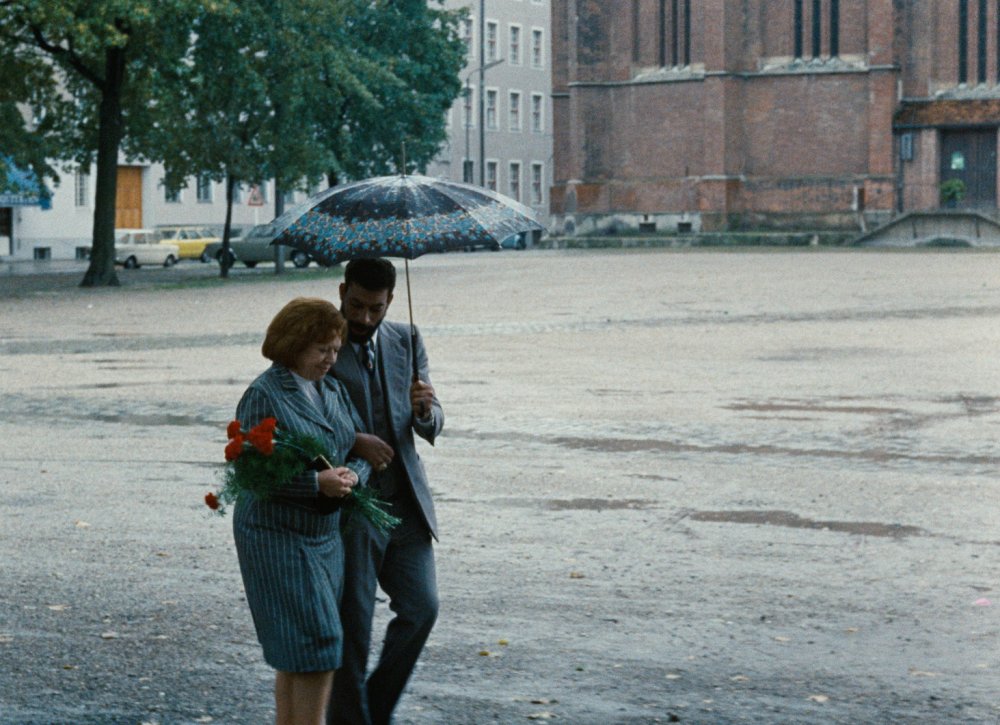 Many Fassbinder films are influenced by the melodramas of the great filmmaker Douglas Sirk, and here the homage is made explicit – the story is inspired by Sirk’s All That Heaven Allows (1955), starring Jane Wyman as a woman who falls in love with her younger gardener (Rock Hudson) to the horror of her snobby children and her so-called friends. A key scene in Fear Eats the Soul, where Emmi’s son kicks in her television, is a direct reference to Sirk. As anti-foreigner sentiment, particularly during the migrant crisis, continues to plague Germany and the rest of Europe, Fear Eats the Soul has never seemed more relevant. 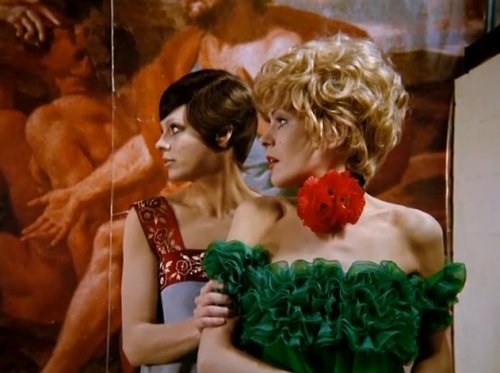 Fassbinder once remarked: “Every decent director has only one subject, and finally only makes the same film over and over again. My subject is the exploitability of feelings, whoever might be the one exploiting them. It never ends. It’s a permanent theme. Whether the state exploits patriotism, or whether in a couple’s relationship one partner destroys the other.” Fassbinder isn’t for wimps, and Fear Eats the Soul will brace you for the director’s most scathing features.

Three of the best focus on LGBT characters. The Bitter Tears of Petra von Kant is a stylish and stylised study in obsession, lust and cruelty, with a mighty performance from Margit Carstensen in the title role. Fassbinder himself stars in the ironically titled Fox and His Friends, about a man who wins the lottery but is ruined by the parasitic clique of gay men who circle around him. Volker Spengler is heartbreaking as a trans woman, in In a Year of 13 Moons (1978), who is spurned after having sex reassignment surgery to win the love of a man. All are bleak; all are brilliant. 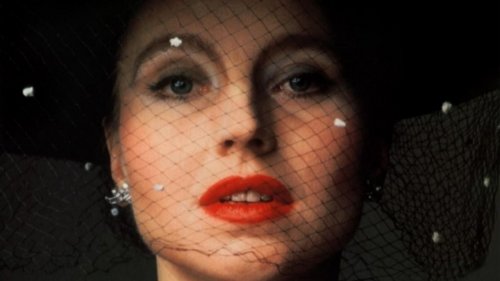 Strong female characters dominate many of his greatest works. Hanna Schygulla gives one of the best performances in Fassbinder’s filmography in The Marriage of Maria Braun as a woman who flourishes through ruthless ambition during Germany’s “economic miracle” of the 1950s (she facetiously describes herself as the “Mata Hari des Wirtschaftswunders”). She also excels in Effi Briest, as the sympathetic heroine of Theodor Fontane’s 1896 novel, who has an affair with an army major. It’s an unusually dreamlike drama from the director. The vicious Chinese Roulette (1976), a chamber piece that deserves far more recognition, features one of his most unexpected monsters – a young disabled girl. And Barbara Sukowa is excellent as a sex worker in Lola, in which prostitution acts a symbol for corruption in a shrewd update of Josef von Sternberg’s The Blue Angel (1930).

Then there are few better ways to devote 15 hours of your life than to take a trip to Berlin Alexanderplatz, his series based on Alfred Döblin’s novel, about an ex-con trying to rebuild his life in the interwar years. The last episode, which explodes into a disturbing queer fantasy, is astonishing. 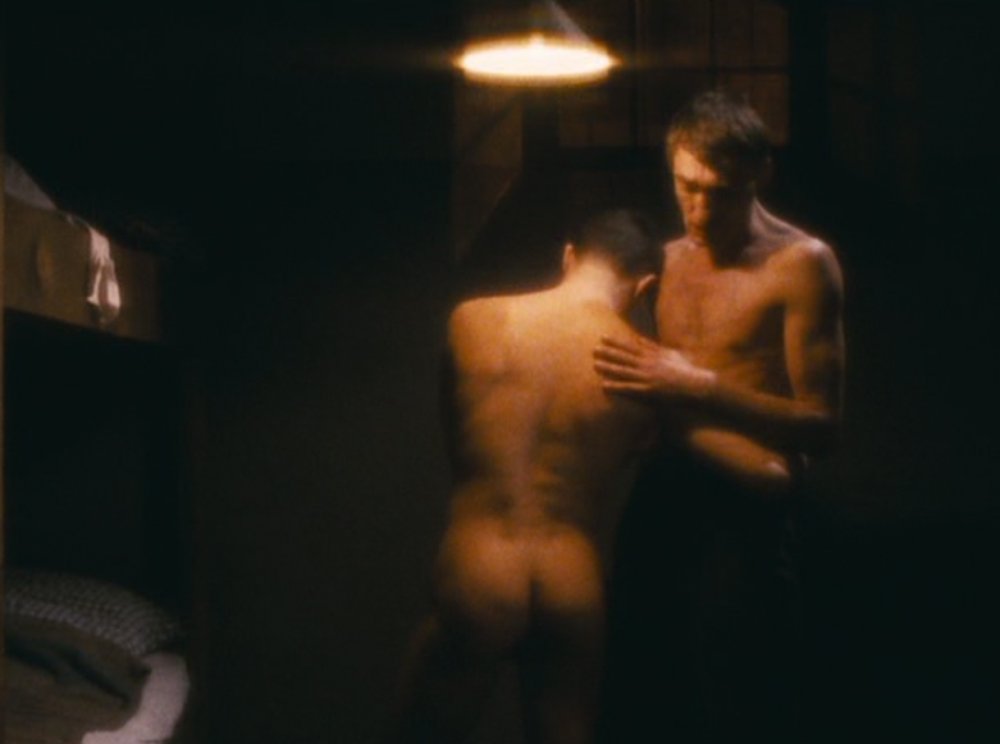 For a long time in the UK, Querelle was his most easily accessible work on home video, but while its gorgeous visuals and charged erotic atmosphere, revelling in the queerness of Jean Genet’s tail of lusty, murderous sailors, is a feast for the senses, it’s tonally a world away from his best work and is not a great gateway film. The English-language Despair (1978), about a chocolate magnate who conjures up a daft plan to escape Nazi Germany, has much to enjoy, not least a fine script from Tom Stoppard and a tour-de-force turn from Dirk Bogarde, but it’s best to have seen his earlier melodramas first, as one of Despair’s chief delights is the surprising dash of absurdist humour, an unusual ingredient for a Fassbinder film.