Where to begin with Peter Bogdanovich

Your next obsession: The highs and lows of filmmaker, historian, raconteur and Hollywood polymath, Peter Bogdanovich. 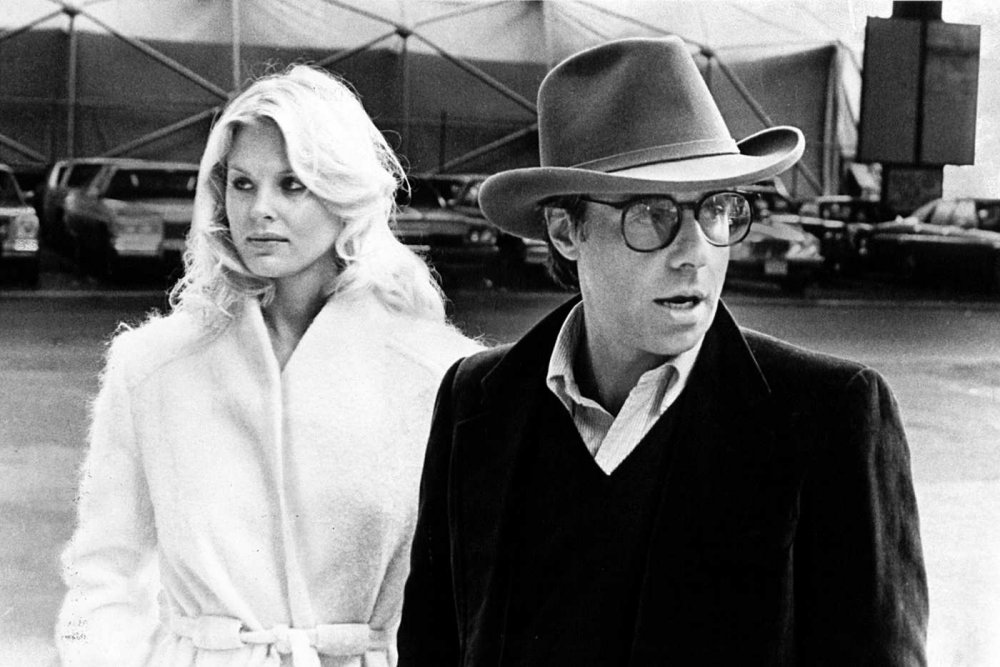 Peter Bogdanovich has been across the entertainment industry for so long, wearing so many different hats, that his name is mentioned in familiar tones that seem more like they’re referencing a perennial party guest than a particular body of work.

While today’s audiences would most likely recognise Bogdanovich’s face from when he played the role of Dr Elliot Kupferberg on The Sopranos (2000-2007), this barely hints at his whirlwind career: as a teenager in the 1950s, he studied acting under Stella Adler; in the early 60s, he was a film programmer at New York’s Museum of Modern Art, while also writing film reviews for publications such as Esquire; he then went to Roger Corman’s American International Pictures, where he got a filmmaking bootcamp in the school of hard schlock; and before long, he was a Hollywood wunderkind, not only directing a string of hits but becoming a tabloid sensation thanks to his picture-perfect romance with Cybill Shepherd.

The fall is as famous as the rise: after three major hits he had three big-budget flops, not to mention divorces, infidelities and a life touched by various tragedies. Famously, Bogdanovich had a tumultuous, often co-dependent friendship with Orson Welles in the master’s declining years. He’s also seen a number of his collaborators pass on at untimely ages, including River Phoenix, whose final film, The Thing Called Love (1993), was directed by Bogdanovich; John Ritter, who died of heart-related problems at 54; and Dorothy Stratten, the Playmate and actress with whom Bogdanovich was in a relationship when she was murdered by her estranged husband at the age of 20. (Bogdanovich recounts the saga of Stratten in an extraordinary memoir, The Killing of the Unicorn.)

For the newcomer, it could be overwhelming to locate an entry point into this raconteur, historian, author, performer, subject of gossip and film director of multitudinous phases. And knowing how much Bogdanovich worships masters like John Ford, Howard Hawks and Allan Dwan, one may well ask is there a way in if you’re not armed with a working knowledge of such reference points? 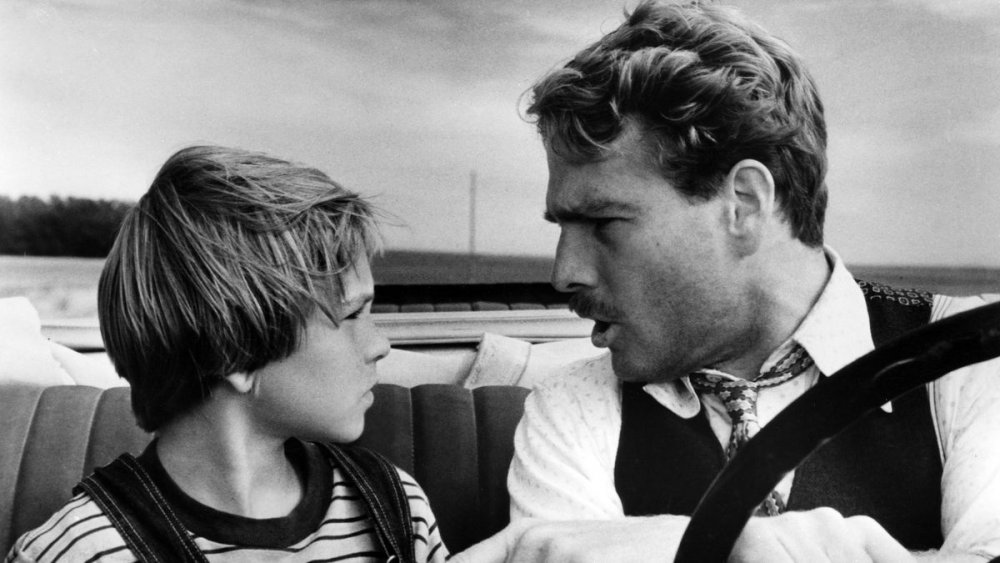 Paper Moon remains the most effortlessly magical and accessible of Bogzy’s directorial efforts, a bittersweet black-and-white Depression-era comedy in which real-life father and daughter Ryan O’Neal and Tatum O’Neal bootstrap their way across America selling Bibles to grieving families, aided by lying their butts off. Nine-year-old Tatum’s Oscar-winning performance is one of the most captivating yet unsentimental roles to make a child star, and the whole film is serenely confident in its storytelling, armed with the roguish charm of on-screen con artistry.

Of course, you could just as easily begin with two other titles from Boganovich’s early-70s period of mega-hits: The Last Picture Show (1971), starring Jeff Bridges, Cybill Shepherd and others in an elegiac monochrome chronicle addressing coming of age in a dead-end Texas dirt town, was the director’s breakthrough blockbuster; What’s Up, Doc? (1972), his follow-up, starred Ryan O’Neal and Barbra Streisand in a candy-coloured screwball that pushed the boundaries of live action to Bugs Bunny breaking point. The former film is so patient and downbeat that today’s audiences may struggle to understand why it was such a popular phenomenon, and the latter is a litmus test as to how well you’ll respond to the director’s goofy sense of humour. Both are terrific, but we recommend Paper Moon as a starting point as it blends the energies of both these works into an even more perfect, timeless and approachable distillation. 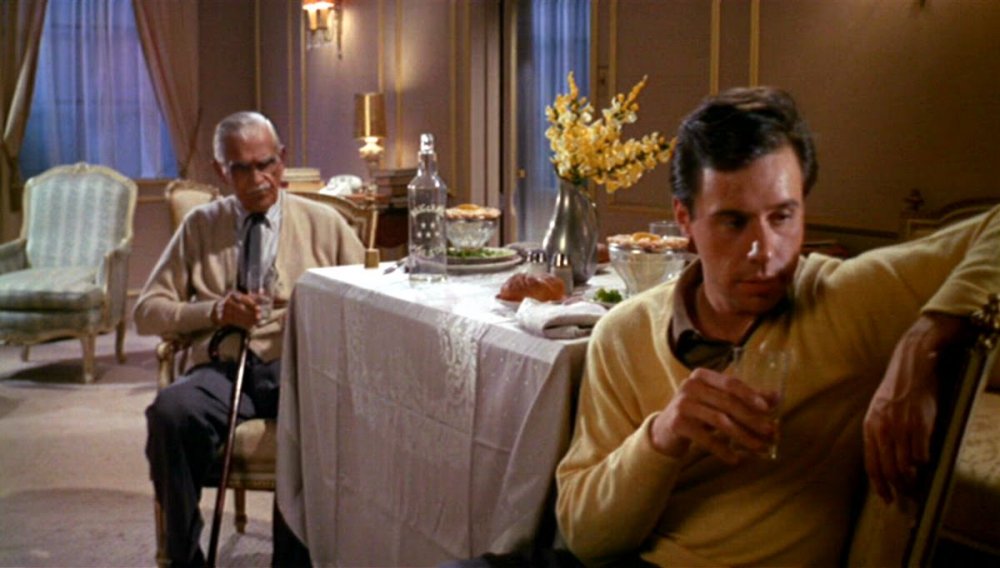 Targets (1968) was Bogdanovich’s first feature directorial credit, made while still at AIP. Depicting seemingly unrelated stories of Boris Karloff as an outdated horror movie star and Tim O’Kelly as an all-American serial killer sniping his way through Los Angeles, it hits upon one of Bogdanovich’s hallmarks, which is trying to deal with the realities of the modern world but finding safety and sanity only in the rhythms of old Hollywood. Karloff’s role, not to mention Bogdanovich’s own performance in the film as a young director who wearily proclaims “All the good movies have been made,” also shows an embryonic predictive fascination with the inevitability of a downslide in a Hollywood career.

Amid the long periods of Bogzy flops have been several terrific comebacks. Mask (1985) starred Cher and Eric Stoltz in a cracking classical melodrama about a teenage boy with a rare cranial disfigurement. Saint Jack (1979), a return to working with Corman after lavish studio projects, is a true original, starring Ben Gazzara in a lived-in, wry character study of an American pimp who knows every angle of the streets in his adoptive homeland of Singapore. Texasville (1990) is a lovely low-key companion piece to The Last Picture Show, revisiting the same characters decades later with a touch of added farce, and introducing a firecracker new addition to the cast in Annie Potts.

To get a feel for Bogdanovich as a film historian, you can see his wonderful, revealing documentary Directed by John Ford, first released in 1971 then revised with new interviews in 2006. Or Nickelodeon (1976), his tribute to the silent era, which will in turn give you a flavour of whether you’ll respond to Bogdanovich’s more mannered comedies. You can discover his books, not least Who the Devil Made It?, his series of conversations with great directors, or indeed you can see the recently unearthed Orson Welles masterpiece The Other Side of the Wind (2018), which Bogdanovich had a major hand in rescuing from unfinished-film obscurity.

While he’s only made two dramatic features since the turn of the millennium, The Cat’s Meow (2001) and She’s Funny That Way (2014), both are revealing of how Bogdanovich tries to tackle painful personal themes with light humour, and how he works with today’s stars – the likes of Eddie Izzard and Kirsten Dunst in the former, Imogen Poots and Owen Wilson in the latter. 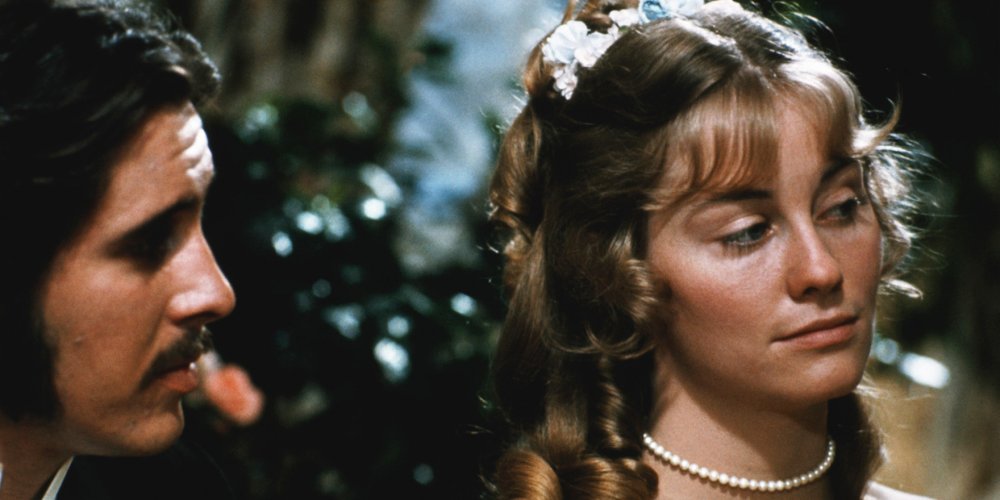 Daisy Miller (1974), starring Cybill Shepherd in an adaptation of Henry James’s novella about a “little American flirt”, was the film that started Bogdanovich’s run of box-office flops – and while it would be romantic to believe that there’s a lost classic waiting to be unearthed, it’s a flimsy, stiff and uncertain attempt to visualise the dry humour in James’s text.

When it comes to Bogdanovich’s attempts at screwball comedy, they’re all to one degree or another admirably experimental and possessing of certain charms, but while they frequently threaten to take off with high-spirited farcical energy, they just as often stall at so much gooning. Neither his star-studded Cole Porter musical At Long Last Love (1975), nor his romantic murder-mystery Illegally Yours (1988), nor his adaptation of the stage classic Noises Off… (1992), would be the easiest first exposure to Bogdanovich’s broader funnies.

They All Laughed (1981) is Bogdanovich’s personal favourite of his films, and the only film he made with Dorothy Stratten, giving it a particularly poignant biographical significance. It’s a considerable film, with an ensemble cast that also includes Audrey Hepburn and has curiously oblique plotting giving way to an almost abstract explosion of cinematic gestures – kisses, falls, shifty walks, longing glances and the like. But it’s also an acquired taste, which benefits from some familiarity with previous Bogdanovich movies as well as his life story.

Related to Where to begin with Peter Bogdanovich