Where to begin with Pedro Almodóvar

Your next obsession: the outrageous, brightly coloured films of Spanish master Pedro Almodóvar. 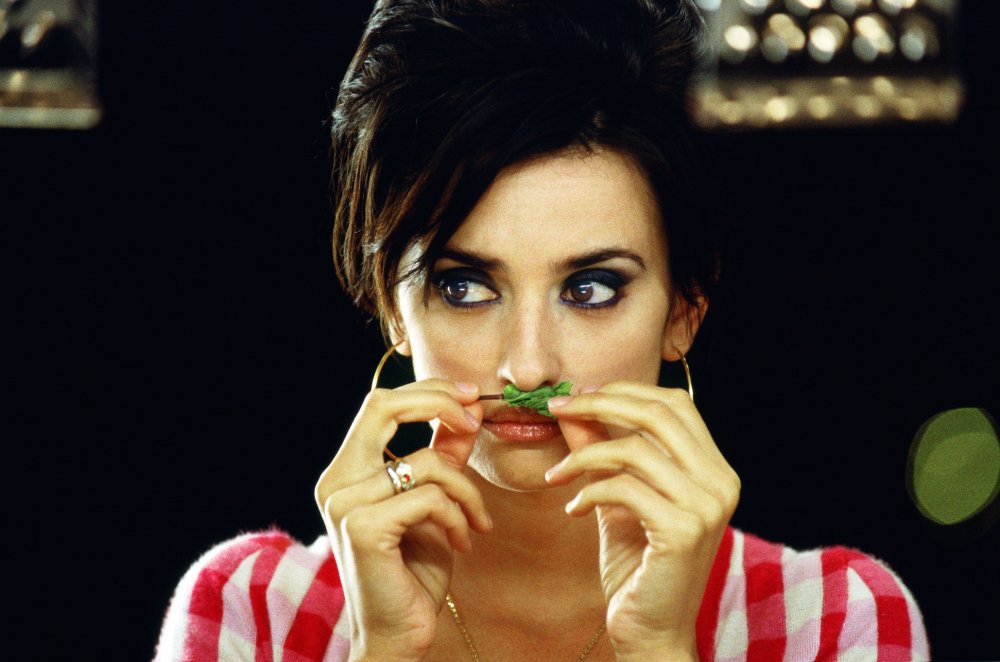 The Pedro Almodóvar season runs at BFI Southbank from August-October 2016.

Although there are familiar tropes in Pedro Almodóvar’s films – striking visuals, larger-than-life characters, women at the end of their tether, gender and sexuality issues, a celebration of LGBT lives – it’s tricky to guide a novice through his work, as there are so many potential entry points. Almodóvar burst onto the film scene as part of La Movida Madrileña, a cultural explosion that took place in Spain following the death of Franco, when artists took advantage of the new freedom of expression to create vibrant, uncensored works across film, music, art and literature.

Almodóvar is by far the most famous of the filmmakers to emerge from this period. One of his greatest achievements is making comedies (the hardest type of film to market to foreign audiences) that make people laugh around the world. With the possible exception of Jacques Tati, whose comedies are low on dialogue, there is no more successful director of foreign-language comedies in the English-speaking world.

By Law of Desire (1987), he had perfected his screenwriting, and all the main characters – an outré bunch consisting of a young gay murderer, a lovelorn porn director and his caring trans sister (Carmen Maura is brilliant here), who would be supporting roles in films by a more conservative director – are fully drawn and sympathetic. At last his films began to be taken seriously on the world stage. From the late 1990s to the mid-2000s, when All about My Mother (1999), Talk to Her (2002) and Volver (2006) were released, Almodóvar was on a critical winning streak, winning multiple awards. From 2009, his films have been trickier to pigeon-hole, including Hitchcockian tale Broken Embraces (2009), outrageous sex thriller The Skin I Live In (2011), daft farce I’m So Excited! (2013) and chamber drama Julieta (2016). 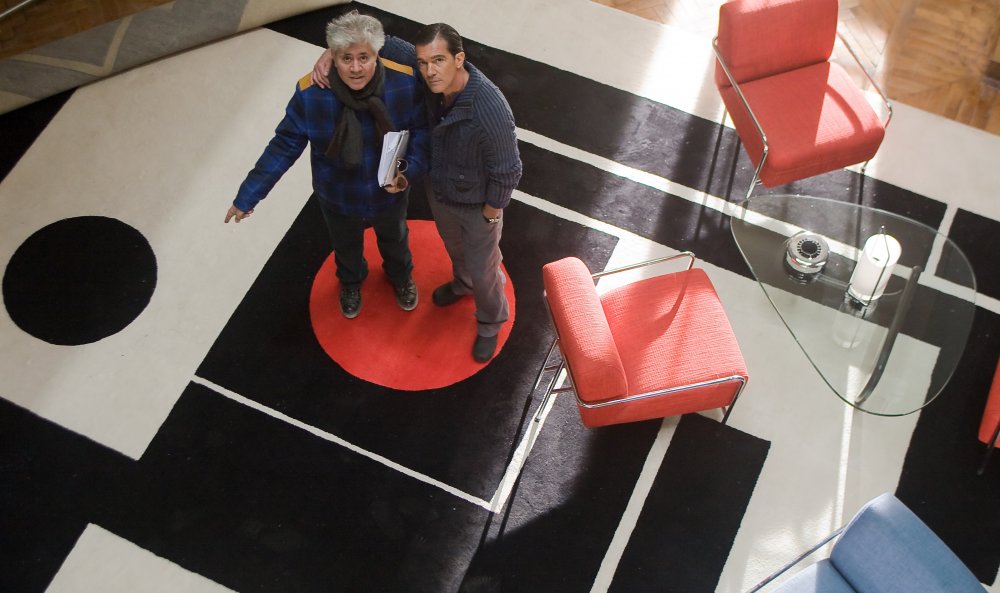 Pedro Almodóvar and Antonio Banderas on the set of The Skin I Live In (2011)
Credit: Jose Haro

Despite a well-earned reputation for being a great director of actresses (although his male-dominated Law of Desire, Bad Education and, especially, Talk to Her are often brilliant), his rejection of political correctness, sometimes at the expense of women, isn’t for everyone. The rapes-played-for-laughs in Matador (1986) and Kika (1993), in which the male attacker, rather than the female victim, are the butt of the joke, are an acquired taste. Ironically, despite his success with actresses, Antonio Banderas is the biggest star to have started their careers in an Almodóvar film (Penélope Cruz was already an established actor by the time she starred in Live Flesh).

While some of his films may be too provocative for some palates, one of the many joys of Almodóvar – who is nothing if not a brilliant storyteller – is his accessibility. Unlike other world cinema greats such as, say, Michael Haneke, Jean-Luc Godard or Béla Tarr, there aren’t really difficult or overly challenging works that viewers need to work their way up to. But there are certainly some films in his canon where familiarity with his other films will add to the enjoyment. 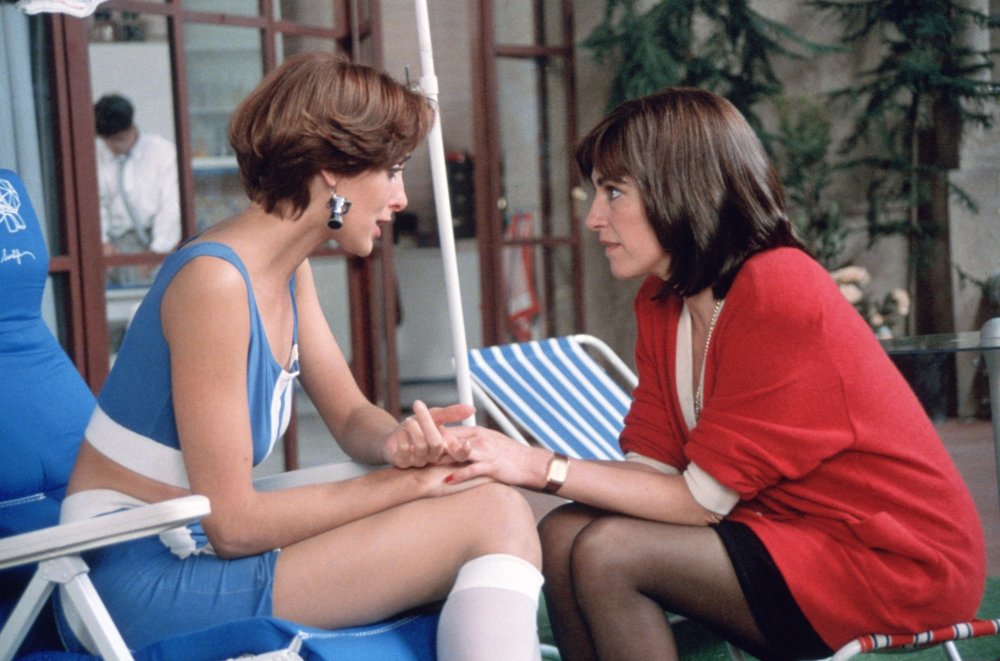 You could do a lot worse than kick-start your journey into Almodóvar territory than by joining the Women on the Verge of a Nervous Breakdown (1988). It’s a wild, hysterical tale of women scorned, incompetent terrorists and drugged gazpacho. It was a breakthrough for the director, earning an Oscar nomination for best foreign language film, and was one of his earliest female ensemble films. It stars many of his favourite actresses, including Carmen Maura, Julieta Serrano, Rossy de Palma and my favourite of all his stars, Chus Lampreave. If you’re new to Almodóvar, this is a good litmus test – if you don’t like this film, then Almodóvar may not be for you. For many novices, though, this will be love at first sight.

All about My Mother, recently voted one of the 10 best LGBT films of all time, is one of Almodóvar’s most accessible films, with a strong story, touching performances and a return to some of his favourite themes. Winning an Oscar, a BAFTA and a Golden Globe, it is one of the most moving melodramas of the last few decades and a beautiful tribute to mother-son relationships. It gives Cecilia Roth the role of a lifetime, and there’s excellent support from Antonia San Juan as a defiant trans woman. 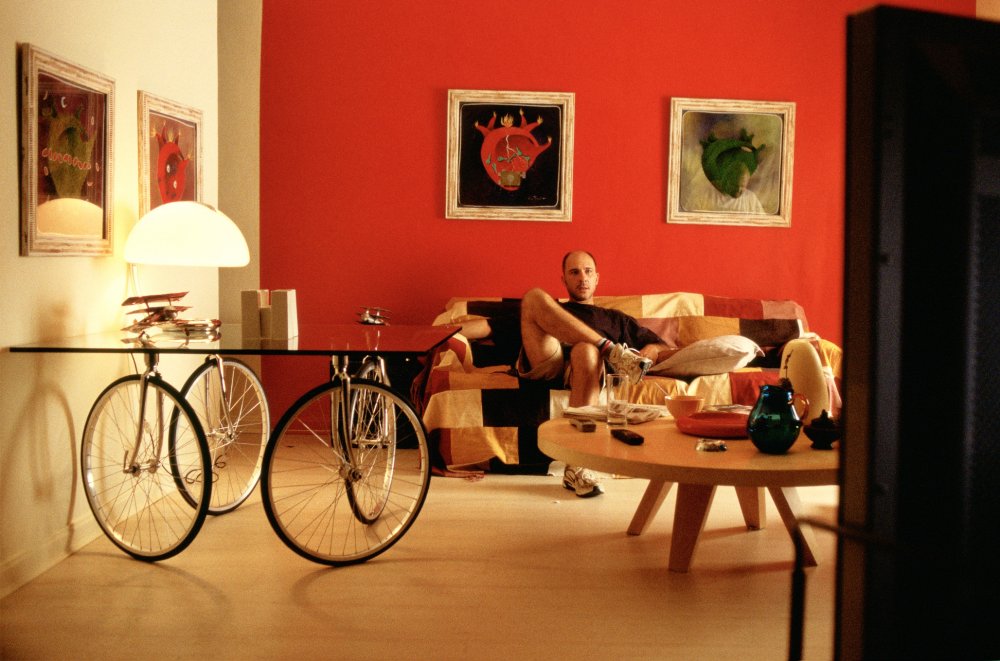 Then you can leap forward into the darker terrain of his male melodramas – Talk to Her, which won an Oscar for best screenplay, and the underrated Bad Education (2004), boasting a career-best performance from Gael García Bernal. Or proceed back into his career, and see how his films get increasingly outrageous as you travel back through the moving, Douglas Sirk-influenced The Flower of My Secret (1995), the highly provocative Tie Me Up! Tie Me Down! (1989) and the mighty, slightly mad Law of Desire (1987), the first ever winner of the Berlin Teddy award, honouring LGBT films. 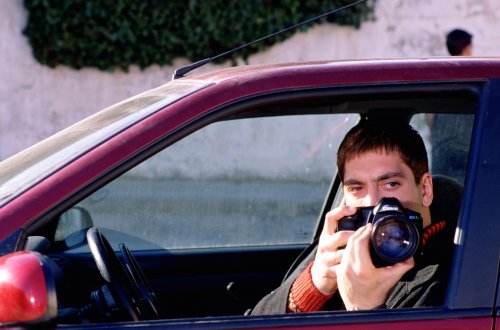 More recently, Volver is one of Almodóvar’s most rapturously received films. You can dip into this film as an Almodóvar novice or as an expert, but the more you’ve seen of his films, the more in-tune you’ll be too its warm, woman-loving sensibility.

If you like crazed comedies, then starting at the very beginning of his career may sound like a great gateway. But early 1980s comedies such as Pepi, Luci, Bom (1980), which revel in the post-Franco euphoria of 1980s Madrid, though fun, don’t give his actors enough screen time to develop their characters (the 1982 screwball comedy Labyrinth of Passion has more than 50 characters, many of them played by leading figures in the Movida movement). It’s a bit like easing into the work of John Waters by plunging into Pink Flamingos (1972) – a wild rollercoaster, but not representative of his best work. 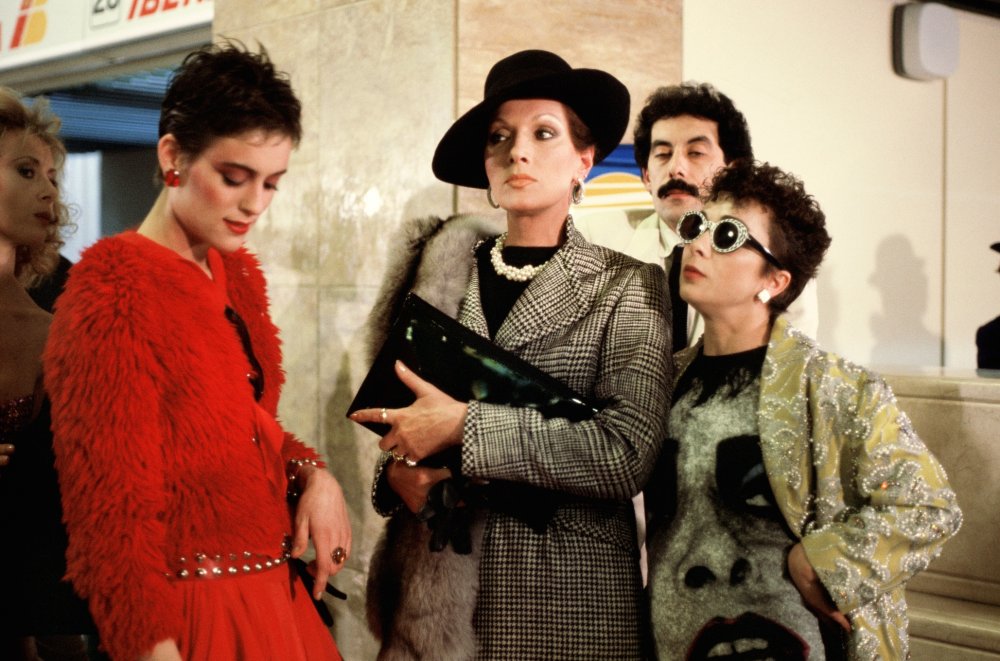 I’m So Excited! (2013), an attempt to capture the delirious mood of his earliest features, is his weakest film: it relies too heavily on lazy camp, and the satire falls flat. That said, the immaculately choreographed lip-synch to the title song, with air stewards shimmying around an in-flight aeroplane, is a lot of fun. The messed up gender politics of The Skin I Live In, though fascinating to analyse, are probably best saved until you have a few more Almodóvar films under your belt.

Watch the trailer for Julieta, in cinemas from 26 August 2016

The Almodóvar Collection DVD/Blu-ray boxset will be released by Studiocanal on 19 September.

Related to Where to begin with Pedro Almodóvar