Where to begin with Nuri Bilge Ceylan

Your next obsession: the poetic, free-flowing films of Nuri Bilge Ceylan. 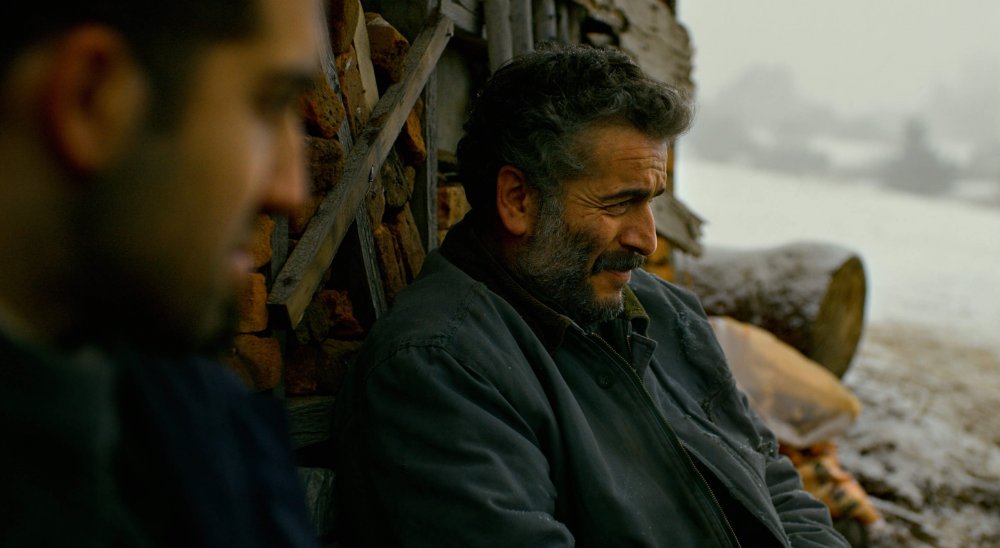 Once upon a Time in Anatolia, Winter Sleep and The Wild Pear Tree are all now available to stream on BFI Player

2018’s The Wild Pear Tree was only Nuri Bilge Ceylan’s eighth feature, yet already he has been honoured with retrospectives at the Sarajevo Film Festival, BFI and MoMA.

Showing an interest in photography from a young age, Ceylan was cinematographer as well as writer-director on his first three feature films. It wasn’t until Climates (2006) that Ceylan’s budget and crew grew in size, marking his ongoing collaboration with cinematographer Gökhan Tiryaki. Transitioning from a more intimate and realist visual style to one of greater scope and observation, both Ceylan and Tiryaki capture Istanbul and its surrounding Anatolian landscapes with sublime contemplation. Such impressive cinematography is made all the more poetic when matched with Ceylan’s screenplays, each of which is teeming with philosophical dialogue. 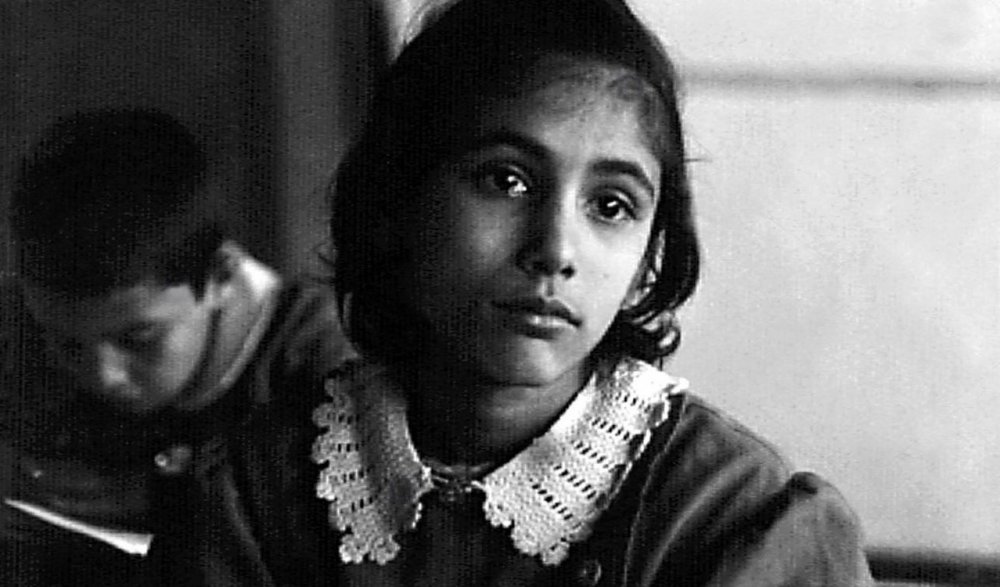 Often compared with Anton Chekhov and even Henrik Ibsen, Ceylan’s films focus on disillusionment and existential angst. With a recurring group of actors (often including his parents and wife, writing-partner and professional actress Ebru Ceylan) playing characters whose dreams are fruitless, or whose realities face social breakdown or class injustice, he is fascinated by the sacrifice or betrayal of the individual. Tolstoy is also cited as a reference, as his films offer a sobering look at family life and the irrationality of ordinary situations.

As such, his work slips between drama and cinéma vérité, each with a social conscience, even if some of his characters are without. His early films, in particular, reveal a debt to neorealist cinema, and, though scripted, Ceylan has spoken publicly about his need for creativeness on set. He never works with storyboards, so he can be “free to change” if need be.

Invited by Sight & Sound in 2012 to participate in their Greatest Films of All Time poll, Ceylan’s top 10 revealed five filmmakers whose works have clearly had an influence on his considered aesthetic and lo-fi dramatic narratives: Andrei Tarkovsky, Yasujiro Ozu, Robert Bresson, Ingmar Bergman and Michelangelo Antonioni. Drawing from both literary and cinematic stimuli, then, Ceylan’s films bear the hallmarks of slow cinema yet titter with a theatrical tongue.

The best place to start – Once upon a Time in Anatolia

Though it’s not immediately obvious, Ceylan’s films are all mysteries of one kind or another. They play out across existential planes, which is why his gripping crime drama, Once upon a Time in Anatolia (2011), is both his most generic film and the best place to begin.

Once upon a Time in Anatolia’s vistas are as impressive as anything you might expect from Sergio Leone, only captured in car headlights at night; the film owes more than just scope to the film its title references. But …Anatolia, with all of its narrative red herrings, witnesses fewer bloodied bodies and more bruised egos, less action-packed crescendos and more seething quietude. 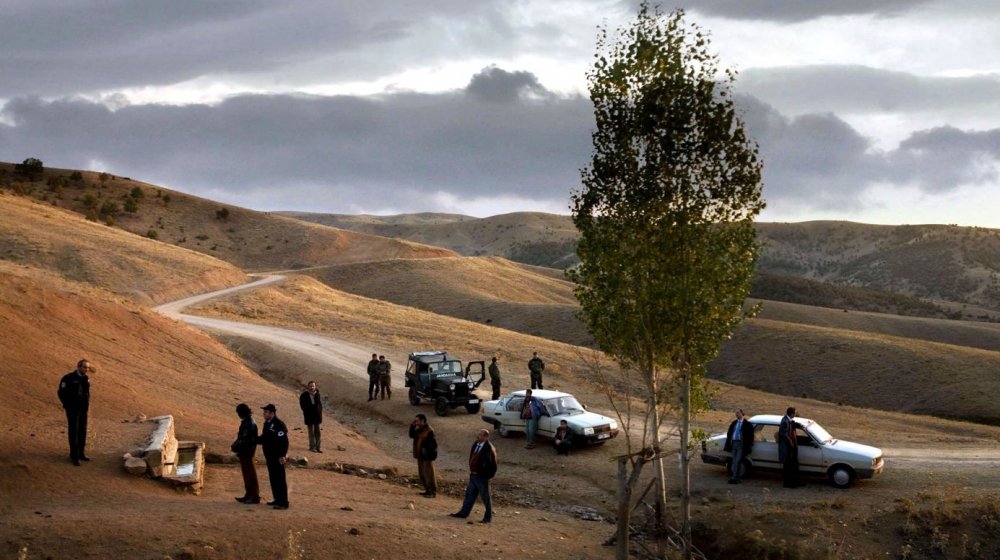 The crime itself is, as Ceylan has described it, a ‘skeleton’ that provides him with the bones on which to hang a meaty, complex band of characters. Though the minor power struggles and petty conflicts of small town bureaucrats and public officials might not sound thrilling at the outset, Ceylan’s ability to make even a conversation about yoghurt enthralling is where both his skill and this film’s brilliance lie.

The most dialogue-heavy of his films, Once upon a Time in Anatolia is also his most wry; Ceylan has a convoy of authority figures drag a pair of criminals around the Anatolian Steppes all night in search of a body — only the slightly drunk duo can’t quite recall where it is they buried him. Playing with rather than adhering to the conventions of either a western or a crime drama, Ceylan’s take on genre cinema is utterly compelling as he employs tropes and stereotypes to chilling effect: bravado reveals human frailty and, somewhere within the provincial ethics that the film explores, there beats the dark, pained heart of humanity.

With an almost biblical insight into Ceylan’s contemplation of Anatolian ethics and having seen them play out on an epic scale, you’re now perfectly poised for Three Monkeys (2008), which is a tonally similar, yet more sombre story of how self-serving public officials impact on family dynamics.

Once again set in the middle of the night, we see a car driving along a dark road, and its driver, Servet (Ercan Kesal), just barely staying awake. Hitting and killing a pedestrian, but too afraid of its implications on his political campaign, Servet bribes Eyüp (Yavuz Bingöl), his driver who had the night off, to take the fall. Imprisoned for just nine months, Eyüp is released to find that his absence has threatened his patriarchal standing in the eyes of both his wife and son. 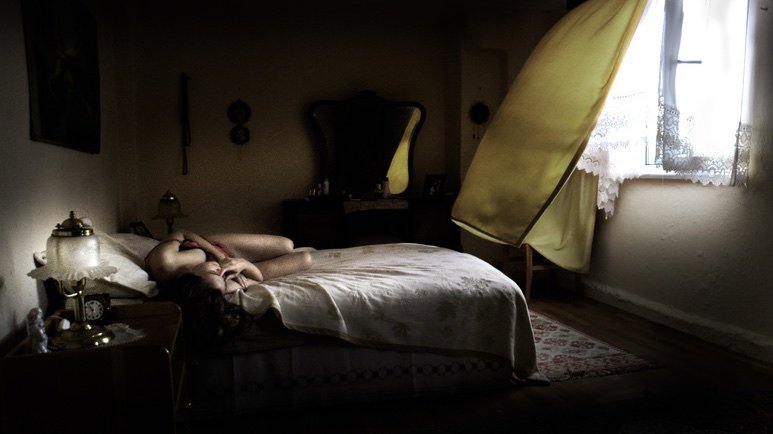 By now, you’ll have a sense for Ceylan’s pacing and the significance of extreme or changing weather to his central characters’ arcs, making Kasaba (The Small Town, 1997) the next best place to visit. Ceylan’s first feature film, Kasaba uses the passing seasons to tell the quiet story of a family at odds with the social structures around them, as seen through the eyes of two children. Perhaps his most explicit indictment of the power dynamics belonging to nationalism and petty authority, Kasaba also explores how a family might function as a microcosm of society.

Here you’ll see the visual storytelling that, later perfected in Winter Sleep (2014), will help win him the Palm d’Or at Cannes, from the softly violent way that snow flurries against a window to the dramatic flickering of light from a fire that catches the unwitting expression of its storytellers. 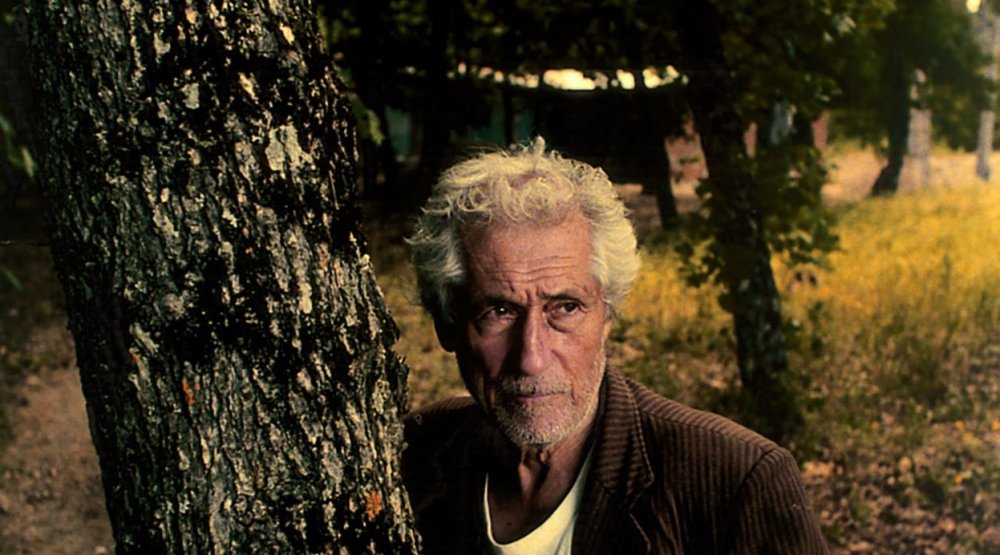 Though it is an unarguably important entry in Ceylan’s overall filmography, Clouds of May, Ceylan’s second feature, is best appreciated as a building block between Kasaba and Uzak (Distant, 2002). A sort of working out of ideas on screen, Clouds of May is a reflexive exercise, where his film within a film is his own – Kasaba. There is even one very memorable scene being recreated starring his real-life father. Following on almost directly from here, and with the same lead actors (Muzaffer Özdemir and Emin Toprak), Uzak is also better enjoyed as the third in his collection of early films. 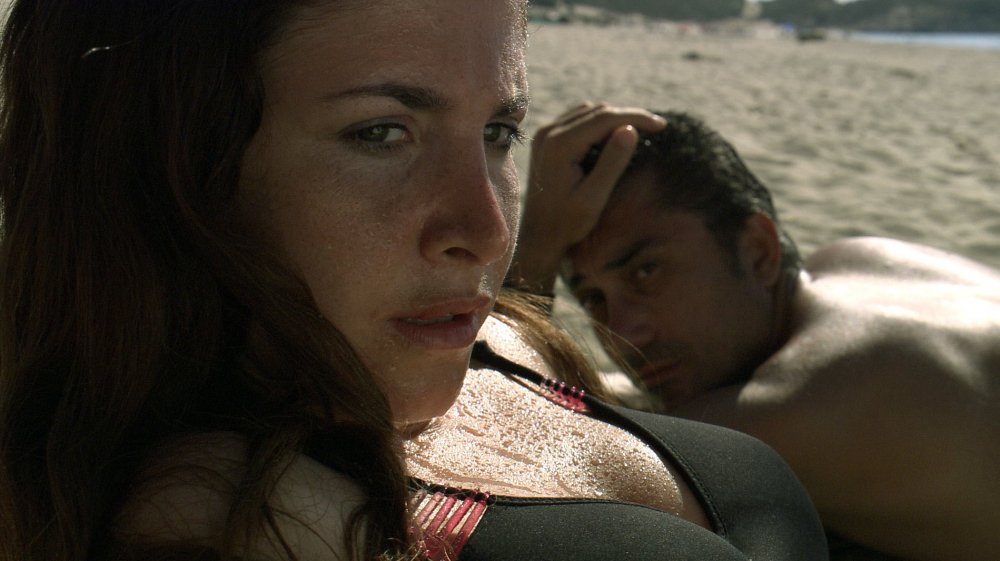 While Climates is undoubtedly easier to approach, it too benefits from viewing later down the line, as the only film Ceylan stars in. Performing opposite his wife, the fragile relationship dynamic is the most intimate and theatrical in his oeuvre. Perhaps not quite as tragic as Anna Karenina, but certainly as emotionally charged, it is no surprise that Ceylan’s most private story is the only one in which he and his wife appear on screen together. The dynamic is palpable, and Ceylan’s assertion that he owes more of a debt to literature than cinema is most piercingly present here.