Where to begin with MGM musicals

Your next obsession: the Technicolor exuberance of the classic MGM musicals 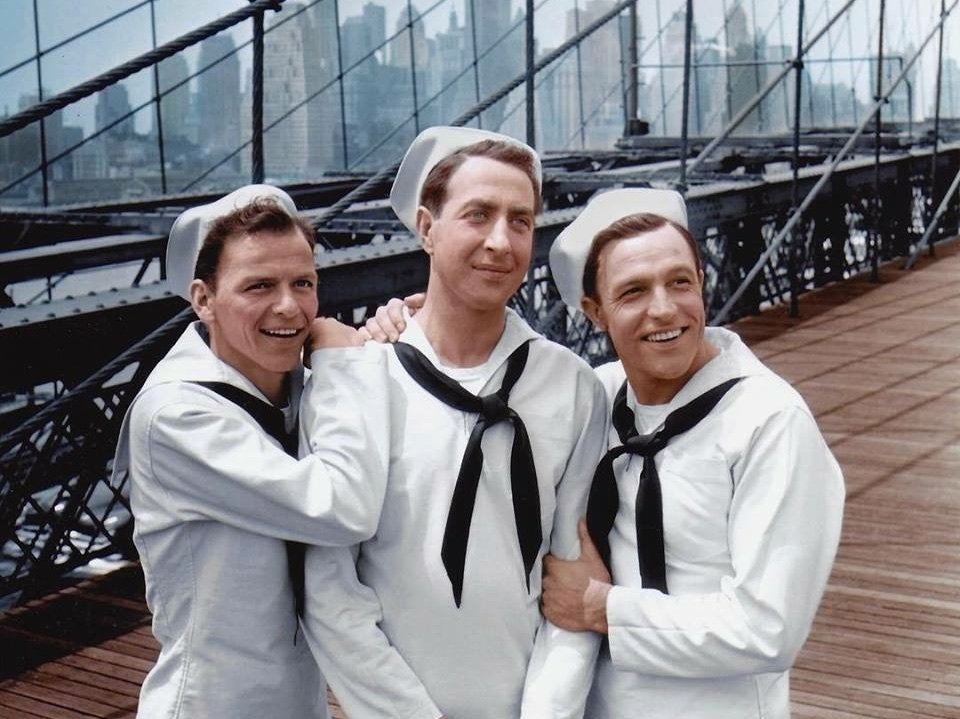 Mere mention of the MGM musical conjures up the nostalgic glow cast by this unique brand of vibrant but sophisticated Technicolor entertainment. The studio used to boast it had “more stars than there are in heaven”. But its Freed Unit, which was responsible for the majority of MGM’s musical masterpieces, demonstrated that the backroom staff wasn’t bad, either.

Arthur Freed had written lyrics for some of MGM’s earliest talkies, but he established himself as a producer during the war years and gathered around him performers of the calibre of Gene Kelly, Judy Garland and Fred Astaire, and directors like Busby Berkeley, Stanley Donen and Vincente Minnelli, as well as the best writers, craft technicians and musicians on the Culver City lot. He made a conscious bid to transform the genre with unashamedly artistic combinations of music and movement, colour and chic, star performance and emotional authenticity.

Despite winning the first best picture Oscar for a talkie with The Broadway Melody (1929), MGM was the poor musical relation for much of the 1930s. While Warners had Busby Berkeley putting dozens of regimented chorines through their paces, Fox could call on the contrasting services of Shirley Temple, Alice Faye and Betty Grable, Universal could thank its lucky stars for Deanna Durbin, and RKO could luxuriate in the magnificence of Fred Astaire and Ginger Rogers, MGM had to subsist on the romantic operettas of Nelson Eddy and Jeanette MacDonald, the dance vehicles of Eleanor Powell and the latest in what became a Broadway Melody franchise. 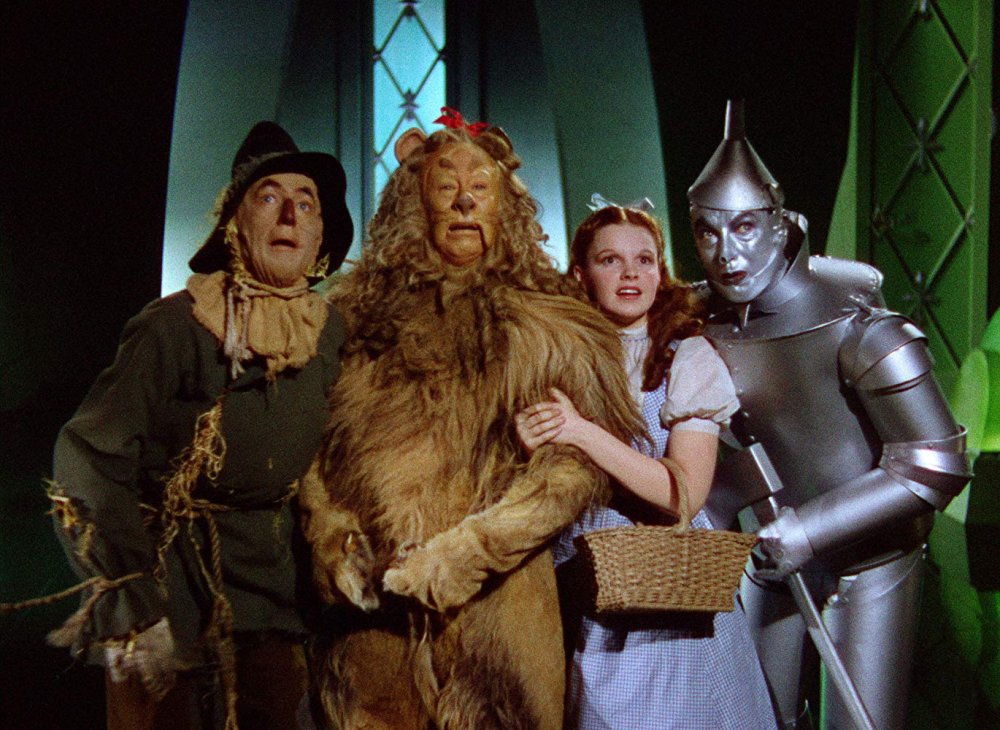 But everything changed when Freed earned his (uncredited) associate producer’s stripes on The Wizard of Oz (1939). This enchanting fantasy made a star of Judy Garland, who was promptly whisked into a series of ‘barnyard’ musicals in which she put on a show with similarly peppy teenager, Mickey Rooney. She came of age opposite Gene Kelly in For Me and My Gal (1942) and achieved a new maturity under the tutelage of husband-to-be Vincente Minnelli, who would also help the sports-mad Kelly realise his ambition to demonstrate that dancing was a man’s game. 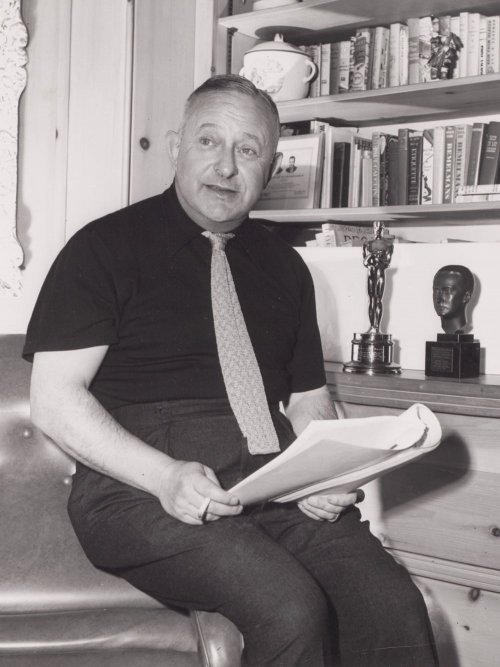 Producer Arthur Freed, with his Oscar for An American in Paris in the background

Freed and his musical maestro Roger Edens weren’t the only song-and-dance men at MGM, however. Joe Pasternak and Louis B. Mayer’s nephew, Jack Cummings, also headed their own musical companies, which churned out all-singing, all-dancing escapism that differed greatly from Freed’s more polished pictures. Kelly refined his brash style in Pasternak gems like Anchors Aweigh (1945), which co-starred Frank Sinatra and Kathryn Grayson – two more MGM-contracted talents whose differing singing styles had to be accommodated alongside those of Jane Powell, Howard Keel, Mario Lanza and, eventually, Elvis Presley.

Then there were comedians like Red Skelton, rising starlets like June Allyson and Debbie Reynolds, and such unique talents as aquatic icon Esther Williams. These were all part of the MGM musical family and their pictures made the studio much more money than its more revered stars.

Yet it’s the Freed films that have proved most enduring, and which any newcomer should tackle first. Look for an Arthur Freed credit: it’s the badge of quality of a producer whose genius lay in giving innovative artists the optimum conditions in which to work and then leaving them to it.

The best place to start – An American in Paris

Having taken the musical on to the streets of New York in On the Town (1949), Gene Kelly was keen to repeat the experience when Freed teamed him with Vincente Minnelli on An American in Paris, which boasted a Gershwin songbook. Logistics prevented a location shoot, but this meld of music, performance and design helped establish the idea of American film as an art form, winning the Academy Award for best picture because Hollywood had simply never seen anything like it before. 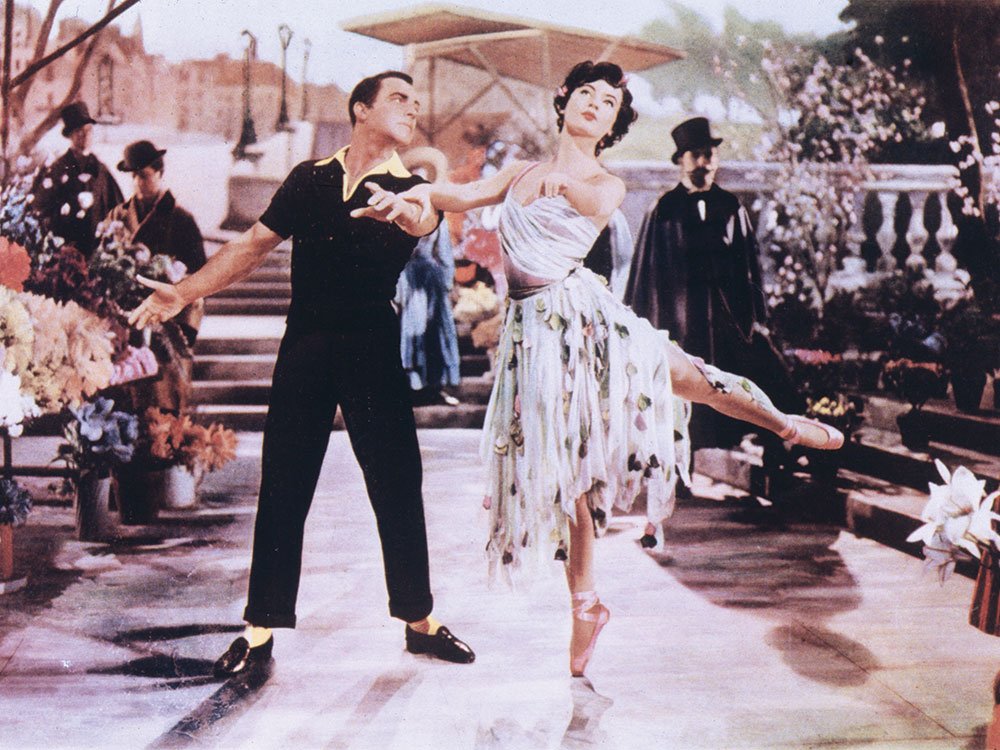 Designer Preston Ames created a soundstage City of Light that allowed Minnelli to control every aspect of the picture, whether Kelly’s aspiring artist was joyously duetting with some street kids on ‘I Got Rhythm’ or Georges Guetary’s vaudevillian was reliving the heyday of the Folies-Bergère in ‘I’ll Build a Stairway to Paradise’. The climactic ‘American in Paris’ ballet runs for an unprecedented 16 minutes and 37 seconds, as Kelly dances through dazzling backdrops reflecting the paintings of Dufy, Renoir, Utrillo, Rousseau, Van Gogh and Toulouse-Lautrec.

Kelly would receive an honorary Oscar for his efforts, while the picture converted six of its eight nominations. He would insert another ballet into Singin’ in the Rain (1952), a hilarious tribute to the early sound era that’s often considered the greatest of all movie musicals and drew on songs that Freed had written at the start of his career. 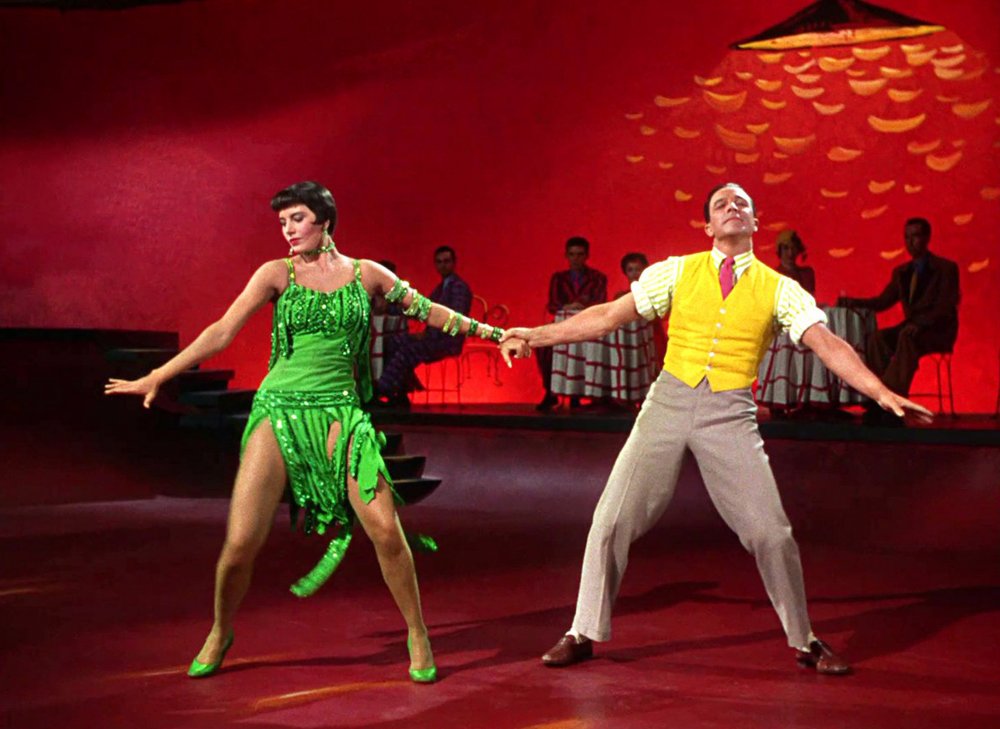 Moreover, it enabled Kelly to dance with Cyd Charisse, who would partner Fred Astaire in Minnelli’s The Band Wagon (1953). Another key stop off on your journey through the MGM back catalogue, this was a wry homage to the Broadway musical comedy, which brought a new psychological depth to the genre in exploring the travails of the showbiz lifestyle.

Despite taking screen dance to new levels, Freed remained a tunesmith who appreciated a well-sold song. Consequently, he did everything he could to keep the troubled Judy Garland on an even keel so she could headline exquisite confections like Minnelli’s Meet Me in St. Louis (1944). Echoing The Wizard of Oz’s message that “there’s no place like home”, this adaptation of Sally Benson’s ‘Kensington’ stories follows the Smith children in bidding farewell to their friends around the time of the 1904 World’s Fair before relocating to New York for their father’s business. 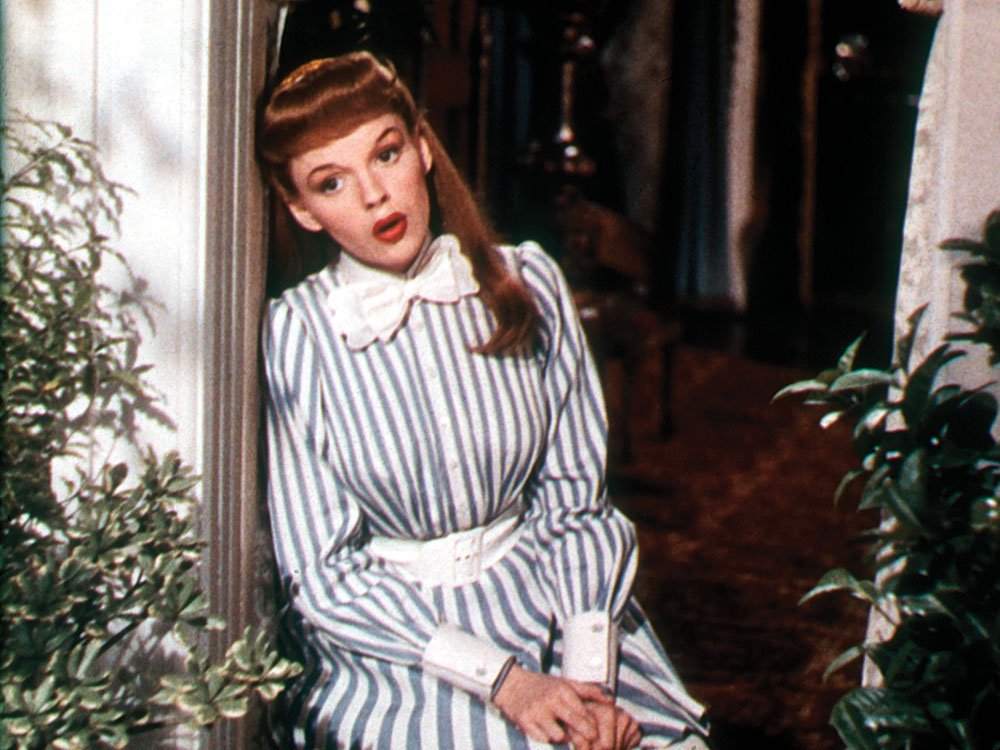 Even willing to experiment in a wholesome slice of Americana, Freed dispensed with a traditional linear narrative and used song and dance to explore Esther Smith’s shifting emotions between the exuberance of ‘The Trolley Song’, the romantic yearning of ‘The Boy Next Door’ and the melancholic optimism of ‘Have Yourself a Merry Little Christmas’.

A similar combination of modernity and the past can be found in the Jack Cummings-produced Kiss Me Kate (1953), which – with Cole Porter songs – artfully contrasts gender attitudes as a Broadway stage company tackles Shakespeare’s The Taming of the Shrew; and in Stanley  Donen’s Seven Brides for Seven Brothers (1954), which relocates the Roman myth of the Sabine women to 1850s Oregon and sees choreographer Michael Kidd bring muscularity to mundanity in a string of thrilling dance routines. 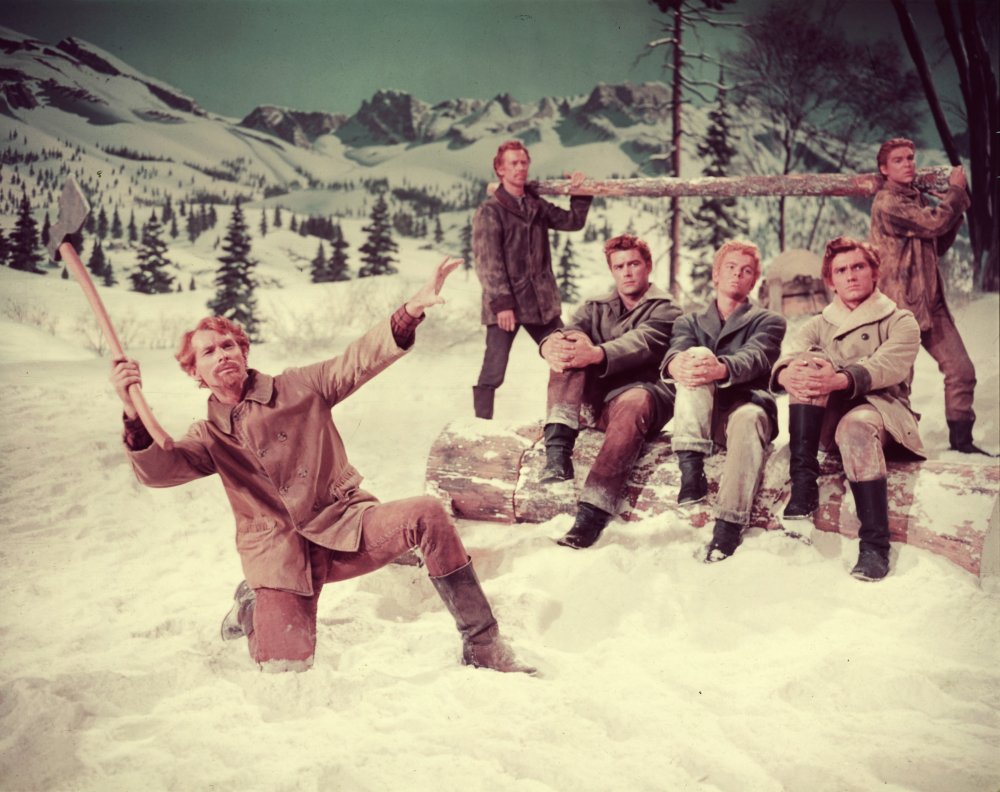 While Freed was happy to let Astaire and Kelly push creative boundaries in underrated items like Yolanda and the Thief (1945) and Invitation to the Dance (1956), he seemed more at home with the period intimacy that epitomised The Harvey Girls (1946), Easter Parade (1948) and his last masterpiece, Gigi (1958). Adapted from a Colette novel, this delicately risqué period tale rejoiced in its lavish production values and Lerner-Loewe songs. It earned the MGM musical its last Oscar for best picture.

A clutch of MGM’s earliest musicals sound a touch tinny today, with none being more peculiar than Cecil B. DeMille’s Madame Satan (1930). Meanwhile, certain releases towards the tail end of MGM’s musical heyday should also be approached with caution. For this writer, these include the 1969 musicalisation of the Oscar-winning Goodbye Mr. Chips (1939). It might just have worked with Julie Andrews and Rex Harrison reteaming after their stage triumph in My Fair Lady – as was first announced. But, in 1969, the valiant Petula Clark and Peter O’Toole struggled with the Leslie Bricusse song score.