Where to begin with Martin Scorsese 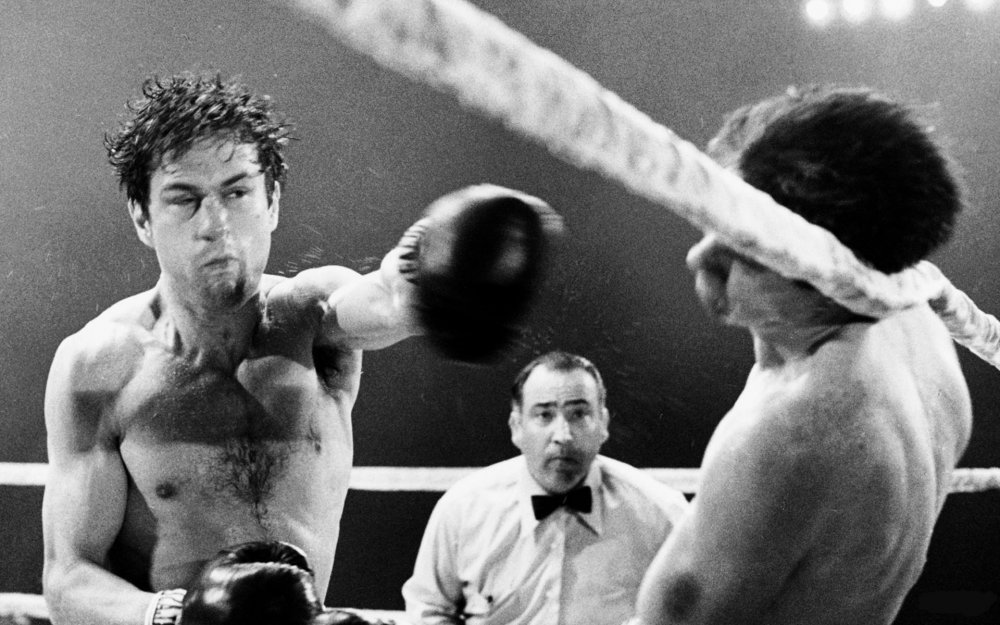 As a filmmaker, Martin Scorsese came of age in the heyday of New Hollywood – a time in which directors ruled the roost, fuelled by the rise of the auteur theory and the collapse of the studio system. Along with his fellow movie brats – Francis Ford Coppola, George Lucas, Brian De Palma and Steven Spielberg – Scorsese would help to reinvent American cinema by creating intensely personal films that were deeply indebted to the history of cinema. 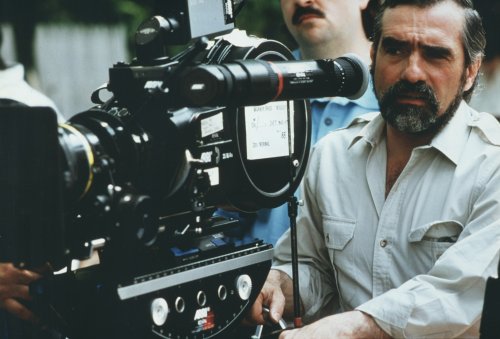 Nowadays, Scorsese is well known as a film historian and preservationist. His love of cinema began as a child in a cramped apartment in the heart of New York’s Little Italy – but it was not only the films he saw there that would leave an indelible impression on his life and work. For it was on the Lower East Side that Scorsese first found a sense of respite in the church, and it was there that, out on the streets, he would come to know the local hoodlums not as crooks but as people.

Indeed, Scorsese has often been called to task for the moral ambiguity of his work. Many of his films ask us to identify with white, heterosexual, male antiheroes who commit deplorable, often intensely violent actions while espousing dubious attitudes. Critics and viewers have argued at length about whether these films seek to condemn or glorify such people, while the complexity and ambiguity of Scorsese’s work seems to suggest something in between.

Such an ambiguity seems only fitting for a body of work built on contrasts, lying somewhere between realism and expressionism, purity and excess, the personal and commercial, violence and humour, and the spirit and the flesh. If such contrasts occasionally threaten to tear apart the cohesiveness of Scorsese’s work, they also suggest that what interests him most is the struggle itself: the question of what it is to be (a) man.

Given his adolescent experiences in Little Italy, it’s perhaps not surprising that Scorsese’s work is filtered through the lens of Italian American Catholicism and, specifically, its ideas of guilt, responsibility, grace and redemption – ideas that coalesce in his third feature, Mean Streets (1973). The streets in question are, of course, those of Little Italy itself. 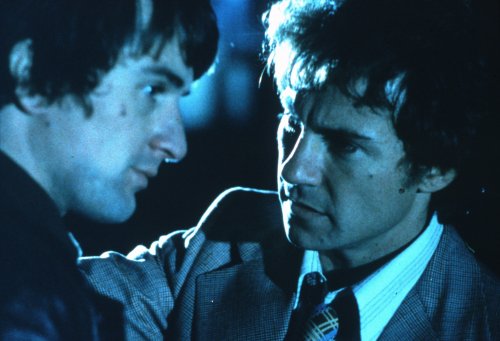 The story centres on a small-time mobster, Charlie (Harvey Keitel), who takes a reckless and volatile young hoodlum under his wing, doing his best to guide and protect him. For Charlie, the act is a kind of personal penance, as the film’s opening lines make clear:

“You don’t make up for your sins in church. You do it in the streets. You do it at home. The rest is bullshit and you know it.”

It is perhaps significant that these words, seemingly delivered by Charlie in voiceover, were actually delivered by Scorsese himself. Charlie is the archetypal Scorsesean (anti)hero, a complex man trying to fulfil his duties to others while staying true to himself. He bemoans the fact that nobody tries to help people anymore, unlike St Francis of Assisi who “had it all down”. Charlie may be a mobster trying to rise through the ranks, but he’s also a man trying to do good in a savage world. 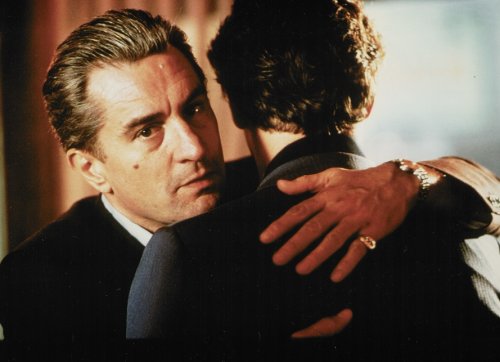 Mean Streets is also significant for being the first of Scorsese’s nine collaborations with actor Robert De Niro. In GoodFellas (1990) and Casino (1995), they returned directly to the mobster milieu of Mean Streets, while Taxi Driver (1976) saw them developing the theme of a man rallying against the evils of society: in attempting to save a young prostitute, De Niro’s ex-marine becomes the physical embodiment of the biblical “rain” that he promises will “wash all the scum off the streets”.

In Raging Bull (1980) they explored the real-life rise and fall of Italian American middleweight boxer Jake LaMotta. Consumed by a burning desire to succeed at all costs, LaMotta struggles to contain his self-destructive rage, his anger eventually boiling over in ruinous confrontations with his wife and brother. Such character traits can also be found in Jimmy Doyle, De Niro’s saxophonist in New York, New York (1977), an underrated highlight in Scorsese’s career, featuring arguably a career-best performance from De Niro.

Torn between his love for music and his love for his wife, Doyle’s dilemma can be seen as a secular echo of the battle undertaken by Willem Dafoe’s Christ in The Last Temptation of Christ (1988), in which Jesus is forced to choose between following his ‘calling’ and his desire for family life.

If the comparison between Doyle and Christ appears banal, let’s not forget that The Last Temptation of Christ aims to humanise its subject and to remind us that, as Scorsese has put it: “Jesus lived in the world… On the street.” A long-cherished passion project for Scorsese, The Last Temptation of Christ contains perhaps the clearest expression of the ‘spirit vs flesh’ dichotomy that runs throughout his work.

Scorsese also dealt directly with religion in his scrumptious and haunting Dalai Lama biopic, Kundun (1997), which, along with his Edith Wharton adaption, The Age of Innocence (1993), is surely his most beautiful film. 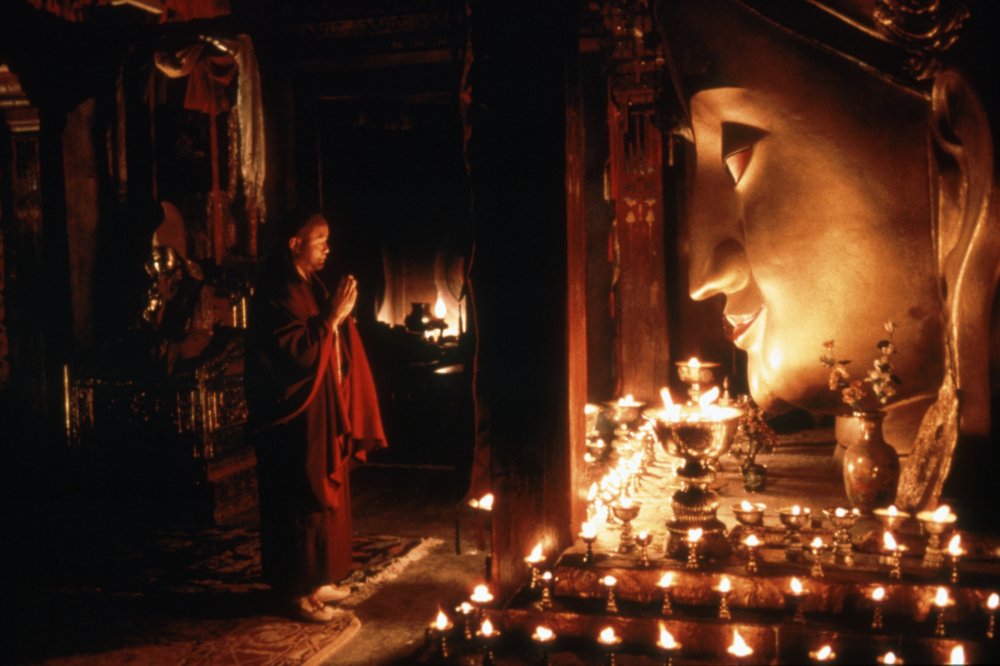 In 2002, the unfairly maligned masterpiece, Gangs of New York, about the history of the Five Points, seemed to kickstart a new phase of Scorsese’s career, marked by frequent collaborations with actor Leonardo DiCaprio. Full of exuberance and vitality, many of these collaborations rank among Scorsese’s best work – be sure not to miss the biopics of stockbroker Jordan Belfort (The Wolf of Wall Street, 2013) or filmmaker and aviation pioneer Howard Hughes (The Aviator, 2004), or Scorsese’s return to the crime genre with 2006’s The Departed. 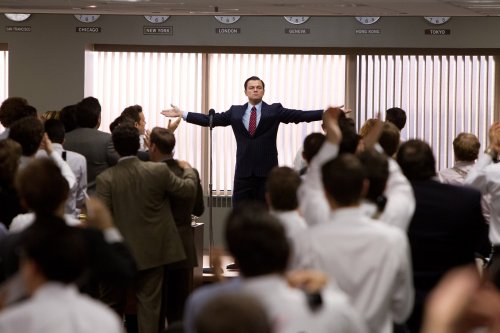 Alongside his fiction work, Scorsese has also built up a formidable body of documentaries, often focused around his passions for music and film. Highlights include epic looks at two national cinemas – A Personal Journey with Martin Scorsese through American Movies (1995) and My Voyage to Italy (2001) – and his early Italianamerican (1974), in which his parents reminisce about their families, their lives and their experiences as second-generation Italian immigrants in New York.

At the start of his career, after making his low-budget, experimental debut Who’s That Knocking at My Door (1967), Scorsese was hired by producer Roger Corman to make Boxcar Bertha (1972). Inspired by the success of Arthur Penn’s Bonnie and Clyde (1967) and Corman’s own Bloody Mama (1970), Boxcar Bertha centres on the exploits of two fugitives in Depression-era Arkansas, but the film is pure exploitation, concerned less with story and more with keeping the sex and violence flowing. Seen today, it’s most interesting for a crucifixion scene at its climax, which foreshadows Jesus’s in The Last Temptation of Christ – Scorsese even filmed it using the same camera angles.

Watch the first new trailer for GoodFellas in 25 years

Related to Where to begin with Martin Scorsese