Where to begin with Mario Bava

Your next obsession: the horrifying, stylised worlds of Mario Bava. 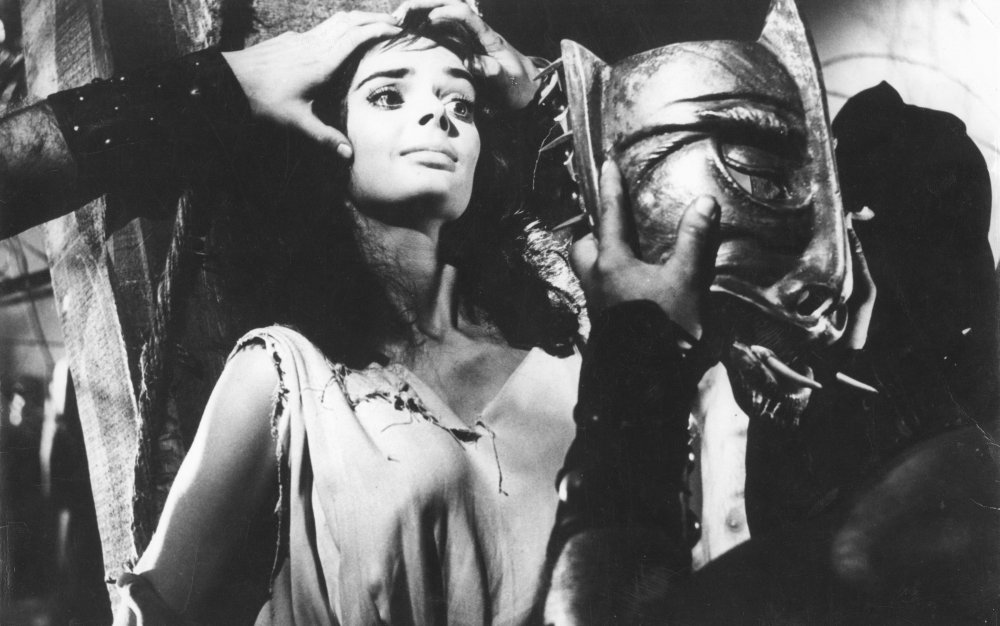 Mario Bava took a vital role in the creation of the modern horror film. If there was to be a Mount Rushmore-style monument dedicated to four directors whose work pioneered a new form of big screen chills and thrills, those giant faces etched in granite on the mountainside would be: Bava, Alfred Hitchcock, Georges Franju and Michael Powell. 1960 is to horror what 1939 is to classical Hollywood – a year of exquisite vintage. Along with Bava’s officially credited directorial debut, The Mask of Satan (La maschera del demonio), Hitchcock’s Psycho, Franju’s Eyes without a Face and Powell’s Peeping Tom were released. 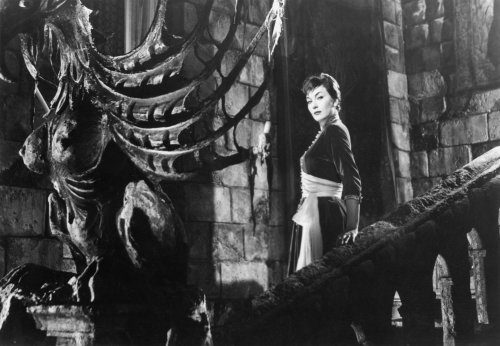 Not that Bava was exclusively a horror guy. He made all sorts of pictures: comedies, Viking sagas, comic-book adaptations, sword-and-sandal epics and spaghetti westerns. Before and just after the Second World War, when Italy was rebuilding not only the film industry but its very society, he was employed as a cameraman on a range of features, shorts and short documentaries. Some he directed, too. His career encompassed gritty neorealism, the days of Hollywood on the Tiber and a period where Italian genre product proved hugely popular with international audiences.

By the late 1950s, Bava had completed (without receiving credit) several early stabs at Italian horror, including the Riccardo Freda productions I vampiri (1957) and Caltiki, the Immortal Monster (Caltiki, Il mostro immortale, 1959). He also had a major creative hand in Pietro Francisci’s Hercules (Le fatiche di Ercole, 1958) – yet another key work in Italian genre cinema.

But it was the films he made under his own name from 1960 onwards that captured the imagination of the public, critics and generations of filmmakers. Modestly budgeted and hugely inventive, these tales of terror sit as some of the most ingenious genre pictures ever made.

The best place to start – The Mask of Satan 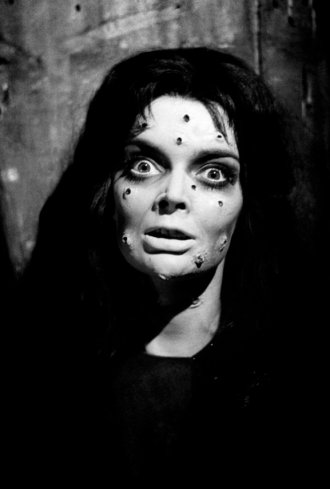 “Violence is Italian art”, Lucio Fulci (1927-96) once quipped. Bava’s official debut, The Mask of Satan (aka Black Sunday), runs with the theme as if it were a manifesto promise for a new age of screen terror. For if much of horror cinema is artists dreaming up horrible ways to die, Bava excelled at it. Not only is The Mask of Satan extraordinarily violent, and imaginatively so, its grotesque visions and debasements of the flesh reconfigured what constituted as a screen fright.

The BBFC banned it for seven years in the UK due to problematic content (five unacceptable instances of gore) and admitted a general distaste for the film in their correspondence with American International Pictures (AIP), who tried their hardest to get it a release. But the BBFC were seemingly oblivious to – or untroubled by – the overt eroticism and sexually suggestive moments. AIP definitely were, because they undertook to re-edit and redub the Bava’s original, and removed anything they didn’t like (such as an eyeball pierced with a wooden stick – a surrealist action if ever there was one). But they also excised things such as Barbara Steele’s heavy bosom and a screen kiss smacking of necrophilia.

The Mask of Satan, by virtue of baroque camerawork, a dreamlike atmosphere and poetic grace notes, offered monochromatic elegance interrupted by shocking acts. Its opening scene, for example, is unforgettable. A beautiful young woman, Princess Asa (Barbara Steele), has been condemned to death by fire for consorting with Satan. As an extra bit of torture, a bronze mask with inward-facing spikes is fixed onto her face. A burly executioner clutching a giant mallet pounds it into place. There’s a guttural scream, and blood explodes from the eye sockets in the mask, running down the cheeks like tears. 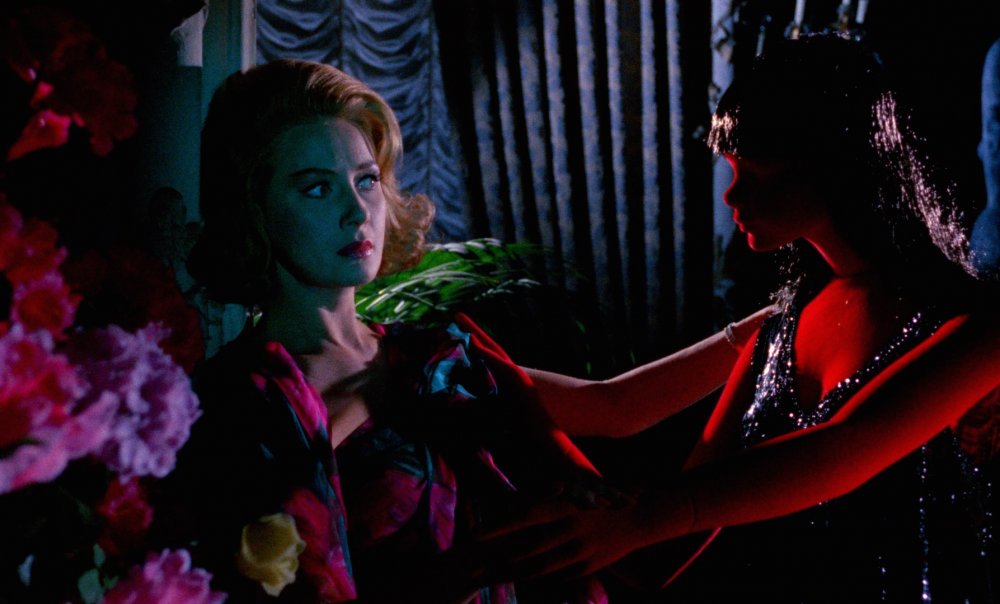 Blood and Black Lace is set predominantly within the walls of a Roman fashion house, where a faceless psycho killer sporting a trench coat, black gloves and fedora mounts a campaign against a group of models, rubbing them out one by one in a series of extravagantly staged deaths. The murder of Nicole (Ariana Gorini) in an antiques shop at night-time – the film’s second set-piece/death sequence – is a masterclass in stylised mood and thriller dynamics worthy of Hitchcock or Lang.

With Ubaldo Terzano, Bava’s chief camera operator and sometime cinematographer (Bava was the unofficial cinematographer on all his films), the pair opted for trompe l’oeil compositions and expressive, unreal lighting – greens, reds and purples – co-mingling with void-like shadows. The lighting is vibrant, quite unusual for its time and subsequently became trend-setting. So too its costume design, which established an iconographic look for a masked killer in the way Halloween (1978) would do for slasher movies.

Planet of the Vampires (Terrore nello spazio, 1965), Kill Baby, Kill! (Operazione paura, 1966) and A Bay of Blood (Reazione a catena, 1971) are also all classics that left a mark. Planet of the Vampires shaped sci-fi horror for decades to come, and was a massive influence on Ridley Scott’s Alien (1979). Meanwhile, A Bay of Blood was another key stepping stone to the American slasher.

If your first experience of a Mario Bava film is Rabid Dogs (Cani arrabbiati, 1974), you’d get the wrong end of the stick entirely. It’s the outlier in what is a varied filmography. A foul-mouthed, grubby, nihilistic crime caper filmed and set around the dusty outskirts of Rome, Rabid Dogs is clearly indebted to the savage cinema of Sam Peckinpah. It is elevated above carbon copy rip-off, thanks to its riveting socio-political context and Bava’s masterful, unusual direction. Made and informed by what later became dubbed the ‘Years of Lead’ – a volatile period of violent Marxist gangs, political assassinations and kidnappings – it’s really unlike anything else he’d tried before. 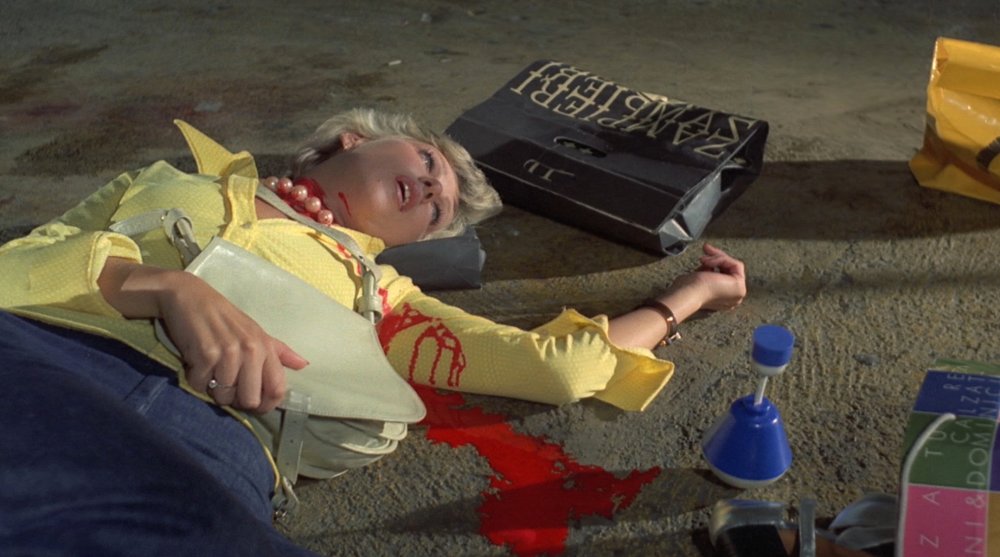 Aesthetically, Rabid Dogs is equivalent to a rock star famed for epic guitar solos and stage bombast going acoustic. It’s Mario Bava: Unplugged, if you will. As it unfolds for long stretches within the confines of an overcrowded car hijacked by fleeing crooks involved in a heist and shootout with the coppers, the absence of Bava’s trademark style provides a tantalising glimpse at what may have been the director’s attempt at self-reinvention at a time when his type of movie was deemed a bit old-fashioned. Rabid Dogs is a sort of anti-road movie, too. Its ragtag band of characters are brought together like in some existentialist play, destined to go round and round in circles. They’re less rabid dogs, more like flies trapped in a glass jar, desperately moving but doomed never to get anywhere at all.

Related to Where to begin with Mario Bava