Where to begin with Kon Ichikawa

• Buy the new dual format edition of An Actor’s Revenge 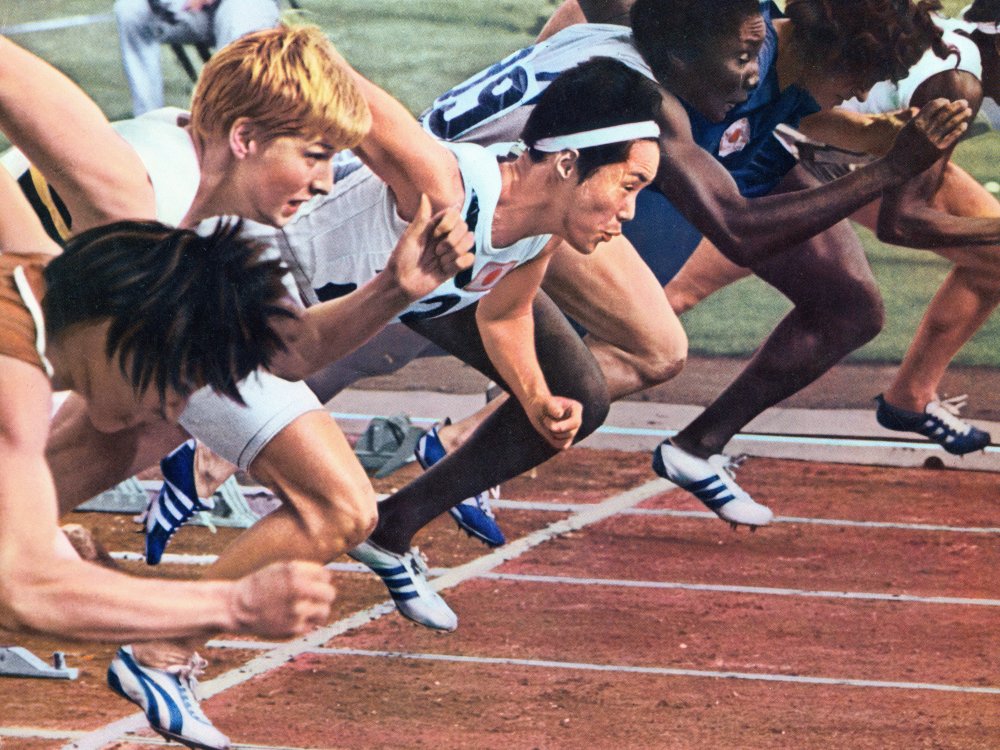 Kon Ichikawa (1915-2008) is one of those names that pops up frequently in discussions of Japanese cinema, but his filmography is so vast that it’s difficult to know where to jump in. The Japanese Movie Database lists him as directing just shy of a hundred titles over the course of seven decades, and he tackled a huge array of genres along the way. 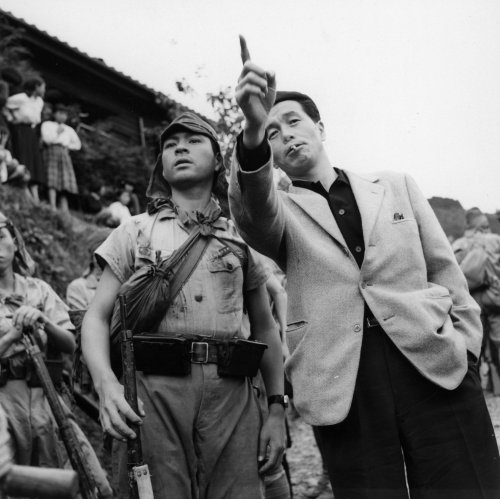 Ichikawa is often seen as a key modernist figure, bridging the gap from the classical golden age of the 1950s to the more formally experimental 60s. Alongside literary adaptations (notably 1955’s Kokoro and 1958’s Conflagration) and contemporary satires, he made abrasive youth movies (Punishment Room, 1956), period gangster movies (The Wanderers, 1973) and commercial thrillers (The Noh Mask Murders, 1991). He was also appointed to such prestigious commissions as the official chronicle of the 1964 Tokyo Olympics, Tokyo Olympiad (1965), and the multiscreen work Japan and Japanese for the 1970 Osaka Expo.

Some of these were hugely successful at the box office, but the lack of distinctive visual tropes or recurrent themes in his work has led to him being considered a solid helmsman rather than an auteur. There’s no overt political comment or agenda that compares to contemporaries like Shohei Imamura or Nagisa Oshima.

And yet, looking more closely, you’ll be sure to notice his painterly eye for a strong image (he’d started his career as an illustrator). There’s also the frequent dramatic focus on the psychology of the solitary individual who, by choice or by accident, is set apart from Japanese society.

Newcomers to his work also face the perennial issue of accessibility. A mere fraction of his films have been released in subtitled versions, and even in Japan much of his work is currently unavailable for viewing. Luckily, the films we can see should be enough to win you over. They rank among the very best of Japanese cinema.

The best place to start – An Actor’s Revenge

Ichikawa’s most visually distinctive film is 1963’s An Actor’s Revenge. A remake of a 1930s Teinosuke Kinugasa serial of the same name, this was produced to celebrate the 300th film appearance by star Kazuo Hasegawa, who reprises his role as the ‘oyama’ female impersonator and toast of the kabuki theatre world who takes revenge against those responsible for his parents’ death.

For his version, Ichikawa goes all out with a startling representational approach that both celebrates and parodies Japan’s artistic and theatrical conventions. He fills the ’scope screen with bold colours, simple geometric abstractions and de-centred compositions, teasingly leaving vast areas plunged into pitch darkness and nudging our attention to the action that might be unfolding outside of the frame. Even so, it’s Hasegawa’s gleefully exaggerated, effete performance that steals the show.

For a completely different side to the director, you could try the same year’s Alone across the Pacific. This was the first production from the new independent company established by Nikkatsu studio’s biggest star, Yujiro Ishihara. It reconstructs the voyage (made just the previous year) by a man named Kenichi Horie, who snuck out of Japan illegally without a passport in a yacht of his own construction to fulfil his personal ambition of making the seaborne journey from Osaka to San Francisco.

Again, Ichikawa’s use of colour and widescreen is impressive, considering that, for the most part, the focus remains on one solitary figure in a tiny one-man boat. Ishihara’s roguish charm certainly adds to the compelling drama as he battles against the elements and his own loneliness. 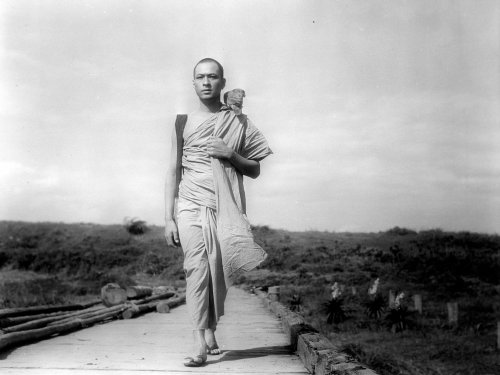 Many of Ichikawa’s most powerful works were scripted by his wife, Natto Wada, up until her death in 1983. The Burmese Harp, their 1956 adaptation of a novel by Michio Takeyama, makes an unlikely companion piece to Alone across the Pacific, similarly devoting much of its runtime to the trials and tribulations of a single figure going it alone in a forbidding environment. This time it’s a soldier during the period following the Japanese surrender to the British forces in Burma in 1945. Separated from his unit, he adopts first the robes of a Buddhist monk as a means of disguise, and then the spirituality: he roams the land, burying the corpses of fallen soldiers while his comrades, believing him to be dead, await their repatriation.

It was originally released in two parts, with the shorter international version (the only one currently in existence) being a massive domestic success and Ichikawa’s first critical hit. Despite occasionally straying into sentimentality, it’s among Ichikawa’s most powerful works.

Again featuring a lone figure far from home in a hostile environment, but to altogether more harrowing effect, is Ishikawa’s other anti-war classic, Fires on the Plain (1959). This one portrays the scattered stragglers from an infantry unit on Leyte island during Japan’s campaign in the Philippines – shellshocked, debilitated by disease, constantly under threat from a (largely) unseen enemy, starved and eventually reduced to cannibalism.

While less visceral than Shinya Tsukamoto’s more recent HD-shot adaptation of Shohei Ooka’s 1951 novel, Ichikawa’s black-and-white version still emphasises the grotesqueness and absurdity of war. While Tsukamoto shot on location, Ichikawa does a remarkable job of recreating the hellish, battle-ravaged landscapes of the Philippines, despite the production never leaving Japan. 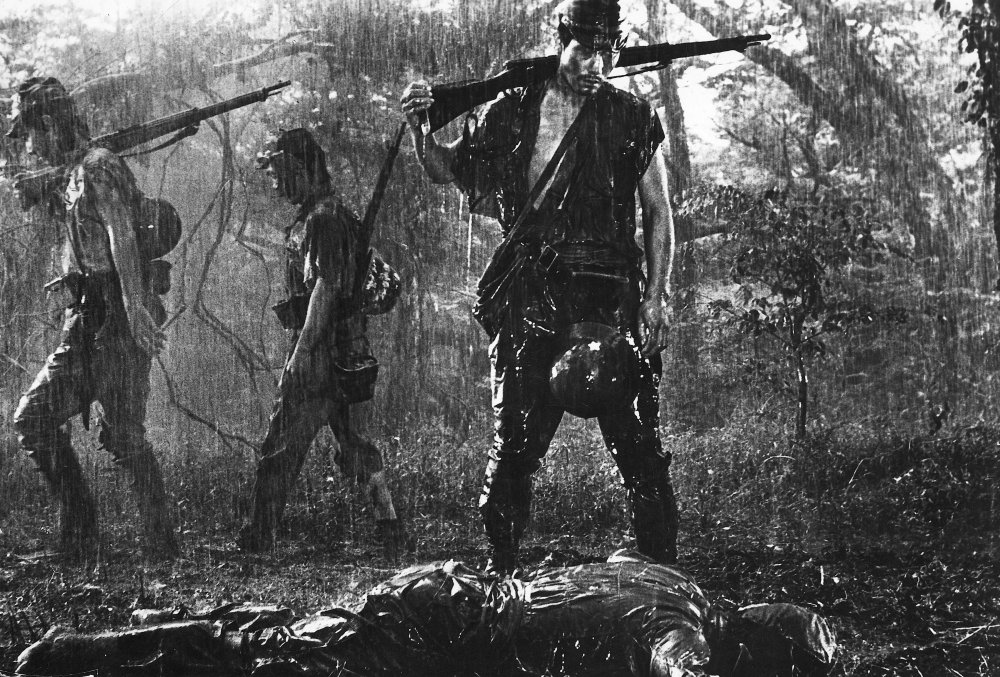 Although often huge hits in their homeland, precious few of Ichikawa’s later films have been distributed outside Japan, and arguably with good reason.

His big-screen version of Tanizaki’s epic novel The Makioka Sisters (1983) is a fairly bloated, turgid affair, while he also took to remaking his own works for new generations. His 1985 remake of The Burmese Harp, shot in colour and blessed with a budget that allowed the whole film to be shot on location (only certain scenes in the original were shot in Burma), lacked the restraint of the original, although it was the second top-grossing domestic production of the 1980s.

His final feature, The Inugami Family (2006), realised at the age of 90, was also a lower-budgeted reprisal of his film of the same title made 30 years earlier.

Perhaps even less satisfactory to modern audiences (if interesting in light of Ichikawa’s original ambitions to become an animator) are Topo Gigio and the Missile War (1967), an Italian co-production with an anti-nuclear message featuring a talking mouse, and the fairly static pseudo-animation Shinsengumi (2000), which recreates the complex political machinations of the 1860s using flat, cardboard cutouts on sticks.