Where to begin with King Hu

Your next obsession: the breathtaking wuxia epics of King Hu

Introductions to King Hu’s celebrated martial arts films often come via the contemporary global successes they have inspired. Indeed, anyone who was swept up by the wuxia boom of the 2000s will be familiar with the tropes that pepper Hu’s oeuvre (sword-wielding heroines, mistaken identities, secret allegiances, rooftop chases, showdowns in taverns and bamboo forests). However, Hu is not simply the progenitor of the wuxia blockbuster as he goes beyond the escapist pleasures of the genre to take the audience on spiritual journeys that confound expectations.

Hu’s balletic fight sequences have certainly influenced the modern wuxia – Ang Lee’s Crouching Tiger, Hidden Dragon (2000) and Zhang Yimou’s House of Flying Daggers (2004) are unabashed tributes – but his action grammar is unique. David Bordwell coined the term “the glimpse” to summarise how a series of quick cuts conveys movements that the audience only just registers, although spatial continuity is maintained. Yet there are also measured breaks as opponents stare at one another, considering their next move. 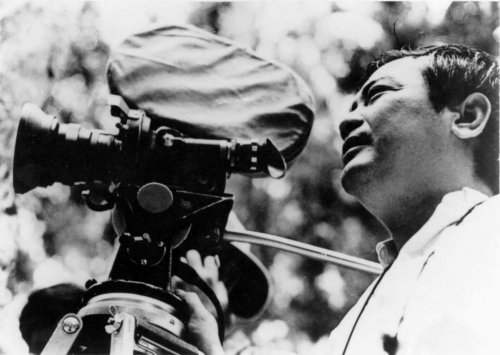 Hu’s wuxia exists between the grounded and the fantastical: magic is minimised while dynamic camerawork flows in tandem with the fleet movements of the characters. Such set pieces are but one part of Hu’s meticulously designed cinematic tapestries wherein context is as important as action. As the conflict in Hu’s films is often between political power and spiritual values, furious spectacle may be delayed to instill deeper significance. For instance, A Touch of Zen (1971) does not feature any action for almost one hour so the audience can lapse into a contemplative state and appreciate the fight sequences as visualisations of the film’s philosophy.

It should also be noted that Hu’s career straddles production systems and eras. He started in Hong Kong, serving as first assistant director to Li Han-hsiang on The Love Eterne (1963), then hit his stride with his second feature Come Drink with Me (1966). However, his time-consuming perfectionism caused friction with producer Run Run Shaw. Seeking creative freedom, Hu relocated to Taiwan and joined Union Film where he found success with Dragon Inn (1967), but the box office failure of A Touch of Zen caused financial travails for the company.

With contemporary social drama in vogue in the late-1980s, he returned to Hong Kong to mount a comeback with The Swordsman (1990). Prior to his death in 1997, he was planning his first English-language feature, The Battle of Ono, which would have chronicled the founding of townships in the California desert by 19th century Chinese railway labourers.

The scope of Hu’s work is illustrated by the range of his disciples, from action auteurs Tsui Hark and John Woo to such arthouse luminaries as Wong Kar-wai and Tsai Ming-liang, whose Goodbye, Dragon Inn (2003) occurs in a dilapidated Taipei cinema showing Dragon Inn before closing its doors forever.

Where to start – Come Drink with Me

Come Drink with Me is a seminal wuxia. Influenced by Peking Opera and Japanese samurai movies, it establishes many of Hu’s hallmarks from the Ming dynasty setting to a big scene occurring at an inn. It’s also the first major martial arts movie with a female lead. The iconic Cheng Pei-pei plays Golden Swallow, a fearless warrior sent by her general father to rescue her brother who has been abducted by bandits. 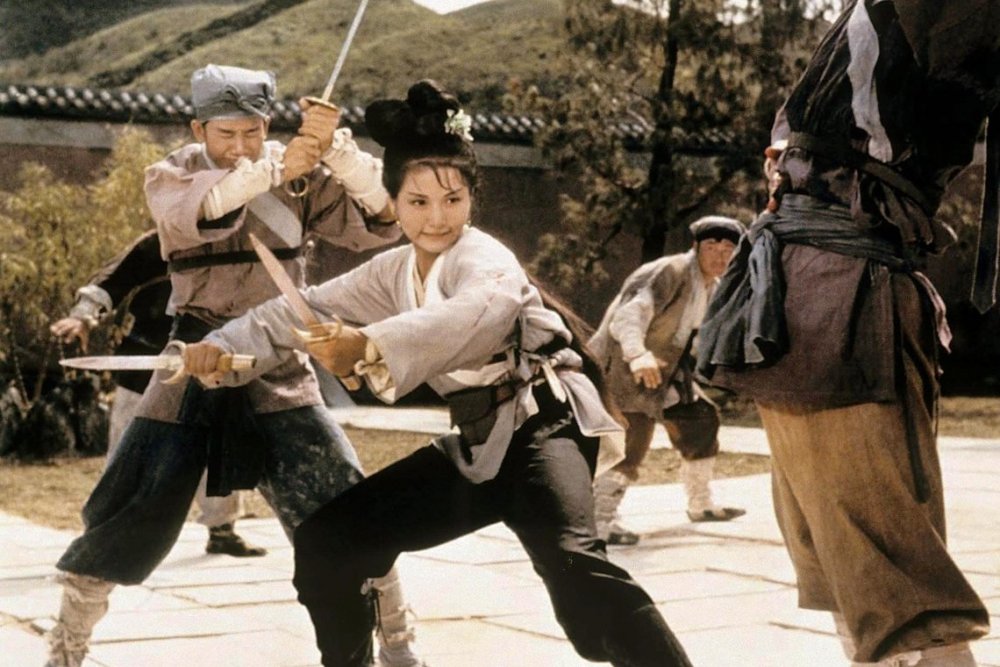 As such, it makes for a fascinating comparison with the hyper-masculinity of Chang Cheh’s similarly trendsetting The One-Armed Swordsman (1967), which featured abundant bloodletting. In contrast, Hu used Cheng’s background in dance to imbue his film with a graceful kineticism and musical quality – the proceedings even burst into song with a joyous performance from a group of orphans.

Dragon Inn distils elements of Come Drink with Me to tell the tale of wandering heroes protecting the children of an executed minister at the titular secluded location. Hu creates constant motion within a confined space, which somehow expands to represent an entire world comprised of rival factions. In another of his trademark touches, the essence of each character is immediately apparent as everyone makes a theatrical entrance. Breaking free of Shaw Brothers enabled Hu to shoot on location, and the desert landscape in Dragon Inn has been compared to Sergio Leone’s widescreen vistas.

However, Hu’s compositions of the natural world reach new heights in his next feature – A Touch of Zen. This three-hour epic is arguably the ultimate wuxia experience. It can be divided into three distinct parts (the personal, the political and enlightenment), which chart the spiritual trajectory of lackadaisical scholar Gu (Shi Jun). The legendary centrepiece battle in the bamboo forest took 25 days to shoot and is often cited as the forerunner of wire-fu, although the gravity-defying stunts were actually achieved by using hidden trampolines. Perhaps even more amazing is the metaphysical climax, which boldly sidelines the ostensible hero to focus on a band of bouncing Buddhist monks who harness the forces of nature to cosmic effect.

Complete your induction with Raining in the Mountain (1979), which was shot back-to-back in Korea with Legend of the Mountain (1979). Both have religious themes, with Raining in the Mountain blending heist movie and spiritual parable. Set in a remote Buddhist monastery, it finds four thieves competing to steal a valuable handwritten scroll while the abbot is preoccupied with selecting his successor. Hu contrasts the serene surrounding landscape with the labyrinthine monastery where the dubious efforts of the thieves play out. On the surface, this is one of Hu’s lighter undertakings, but it’s also brimming with his ruminations on man’s capacity for corruption and redemption.

Licking his wounds from the commercial failure of A Touch of Zen, Hu made relatively straight forward fare under a deal with Golden Harvest. The Fate of Lee Khan (1973) and The Valiant Ones (1975) are supremely entertaining kung fu romps boasting early choreography from Sammo Hung but represent the director accepting expressive limitations.

It’s also best not to start with Hu’s late career curiosities. Accounts vary on whether he left production of The Swordsman after a mere 10 days or halfway through the shoot, but either way, this is more producer Tsui Hark’s film. As with A Touch of Zen, Hu’s swansong Painted Skin (1993) was adapted from a story by Pu Songling. Sadly, it’s a patchy fantasy that seems more intent on replicating the box office success of Ching Siu-tung’s A Chinese Ghost Story (1987) than recapturing the brilliance of his transcendental triumph.