Where to begin with Kenneth Anger

Your next obsession: the occult, underground brilliance of Kenneth Anger 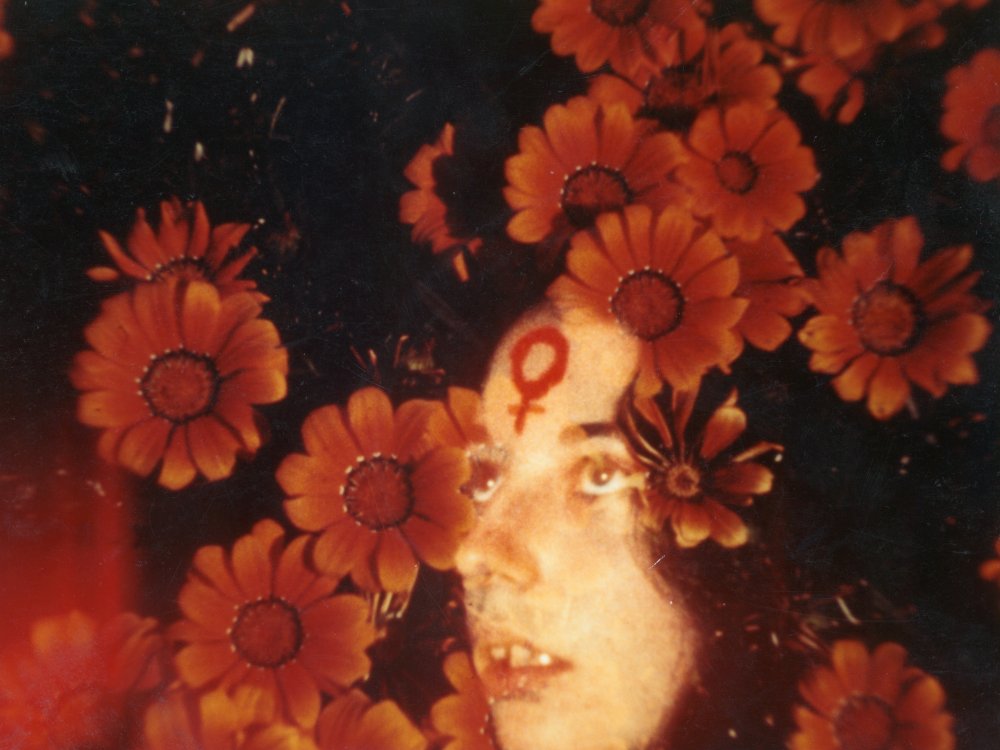 Invocation of My Demon Brother (1969)

The outer fringes of cinema, home to the avant-gardists and experimentalists, can be a daunting place. No plot? No dialogue?!! Even the words alone – avant-garde, experimental – can conjure the image of beard-stroking cinephiles gawping at split-screen installations.

To watch these movies is to feel as though you’ve stumbled upon the secret recordings of an underground cult. They’re daring, dangerous, and you can’t tear your eyes away from them.

Anger – also famed for his notorious Hollywood Babylon books, in which he laid bare the sordid scandals of Hollywood – dabbled with the occult frequently (although he now insists he’s not a Satanist). He famously had ‘Lucifer’ branded across his chest, and littered his films with references to paganism and Nazism. All of which adds to the sense of danger and mystery that surrounds his movies. 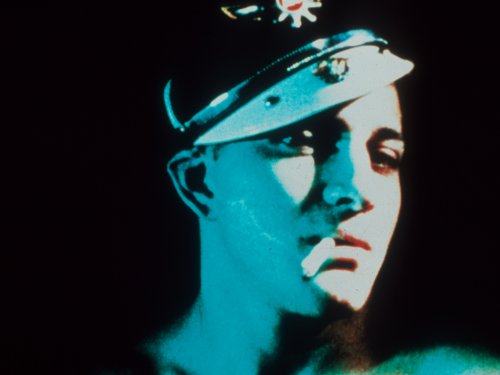 This 1963 homoerotic short about a James Dean obsessive in a motorcycle gang is only 28 minutes long. Though it contains zero dialogue, it’s his most celebrated and arguably most accessible work. In it, a leather-clad greaser cleans his bike, oily parts strewn across the floor, cigarette hanging from his lips. Then skull ornaments and skull rings appear among his shrine to Dean. Then flashes of swastikas, scorpions and – most ominously – a noose. Have we entered the lair of a serial killer?

Scorpio Rising also serves as the perfect intro to themes that run throughout his work: sadomasochism, the occult, male beauty, violence. 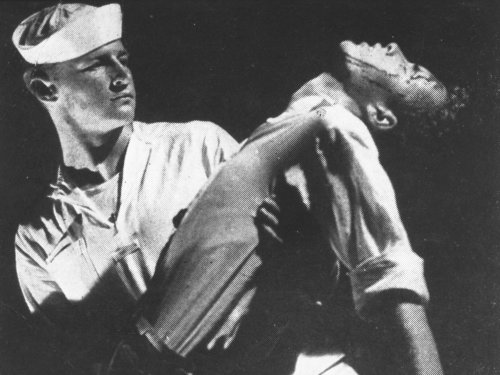 Anger had already cemented his reputation as a cinematic outlaw 16 years before Scorpio Rising. Way back in 1947 he made Fireworks, a short filmed at his parents’ house in Beverly Hills (while they were away one weekend, of course). It’s a daring “dream of a dream”, according to Anger. ‘Daring’ because it featured a gay gang-rape fantasy, a Roman candle exploding from a guy’s crotch, and Anger himself being brutally beaten by a group of sailors with chains.

Again there are sadomasochistic elements, close-ups of the naked male torso, and a strong whiff of the occult. He sums it up as: “All I have to say about being 17, the United States Navy, American Christmas, and the Fourth of July.”

Anger’s visual flare in Fireworks – not worlds apart from Salvador Dalí and Luis Buñuel’s collaborations Un chien andalou (1929) and L’Age d’or (1930) – didn’t go unnoticed by Jean Cocteau, with whom he became friends. Unfortunately, it was also spotted by the powers that be, and Anger was arrested on obscenity charges following the film’s release.

Two other early works to squeeze into this starter pack are 1949’s Puce Moment – Anger’s six-minute first foray into colour – and 1950’s Rabbit’s Moon, a blue-tinted throwback to the silent era. The former is a plotless love letter to the great goddesses of the studio system, in which vintage sequined dresses are shaken in front of the lens like curtains to unveil a starlet whom we see holding a bunch of greyhounds (as you do). The latter short – filmed using borrowed sets from Jean-Pierre Melville – features another doo-wop-heavy soundtrack and centres on a clown called Pierrot who longs for the moon.

Against the grim backdrop of 1969 – specifically the Manson murders and the Rolling Stones’ infamous Altamont concert – Anger delivered the suitably dark head-scratcher that is Invocation of My Demon Brother. Partly filmed on Haight Street in San Francisco – ground zero for countercultural experimentation – it features appearances from Anger, Mick Jagger and Bobby Beausoleil (who would later join the Manson family and become a convicted murderer). 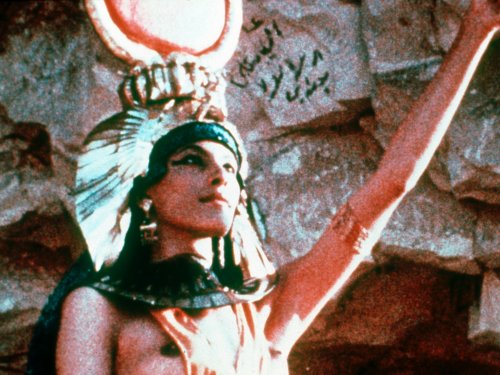 Over the film’s 10 minutes, a naked man appears holding a knife against his skin; we see flashes of Hell’s Angels and swastikas (again); and we see Beausoleil take a hit from a skull bong. Floating atop these images is Jagger’s synth score, a dissonant and repetitive whirr with an overwhelming narcotic effect. Oh, and it also features a Satanic funeral ceremony for a pet cat.

Completed in 1972 after 10 years in the making, Lucifer Rising is perhaps Anger’s most ambitious effort to date. Like a Cecil B. DeMille biblical epic put through the blender with a pinch of paganism, it touches on the story of Lucifer, the fallen angel who rebelled against God. It was inspired by Aleister Crowley’s poem ‘Hymn to Lucifer’ and, as with all Anger films, it’s not so straightforward. Suffice to say, it ends with a flying saucer hovering over ancient Egypt.

The filmmaker – who shot this mini epic in Egypt, Germany and at Stonehenge – again enlisted famous friends. Along for the ride were Marianne Faithfull, filmmaker Donald Cammell, Jimmy Page (who also scored the movie, though it was scrapped by Anger after the pair fell out) and Beausoleil. In the end it was Beausoleil’s score, written and recorded from prison, that tied the final film together.

The most interesting tale tied to the movie? Early on, Beausoleil and Anger had a falling out and Beausoleil split with footage from the film. He gave it to his friend Charles Manson, who’s rumored to have buried it in the desert and demanded $10,000 for its return. Anger didn’t pay up. 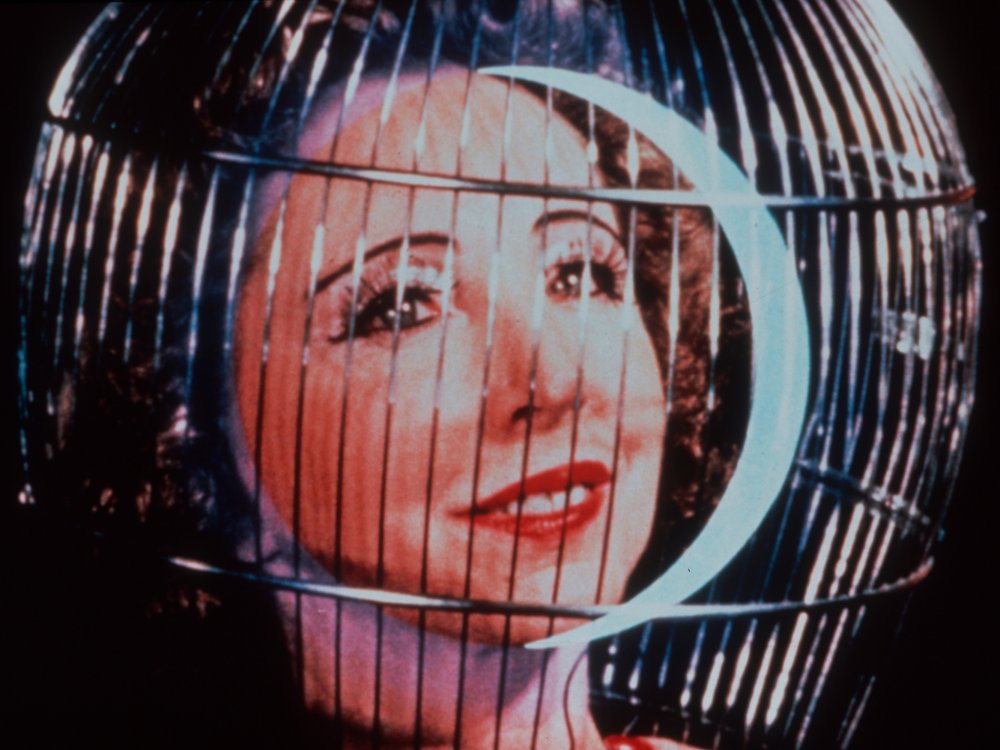 Inauguration of the Pleasure Dome (1954)

If you’re not one to dive in at the deep end, then maybe don’t start with 1954’s Inauguration of the Pleasure Dome. It’s 40 minutes of layered images, in which footage of the hell sequence from the 1911 Italian silent film L’inferno is intercut with characters with giant eyelashes, who appear as if plucked from a classical painting. It builds and builds. Suddenly there’s a volcanic explosion of distorted images accompanied by a thunderously operatic soundtrack. It’s beautiful, mind-melting stuff, and probably Anger’s most demanding work.

In his own words: “The film is derived from one of Aleister Crowley’s dramatic rituals where people in the cult assume the identity of a god or a goddess. I wanted to create a feeling of being carried into a world of wonder.” Naturally the film was a huge hit with 60s acidheads.