Where to begin with Kelly Reichardt

Your next obsession: the beautiful minimalism of Kelly Reichardt 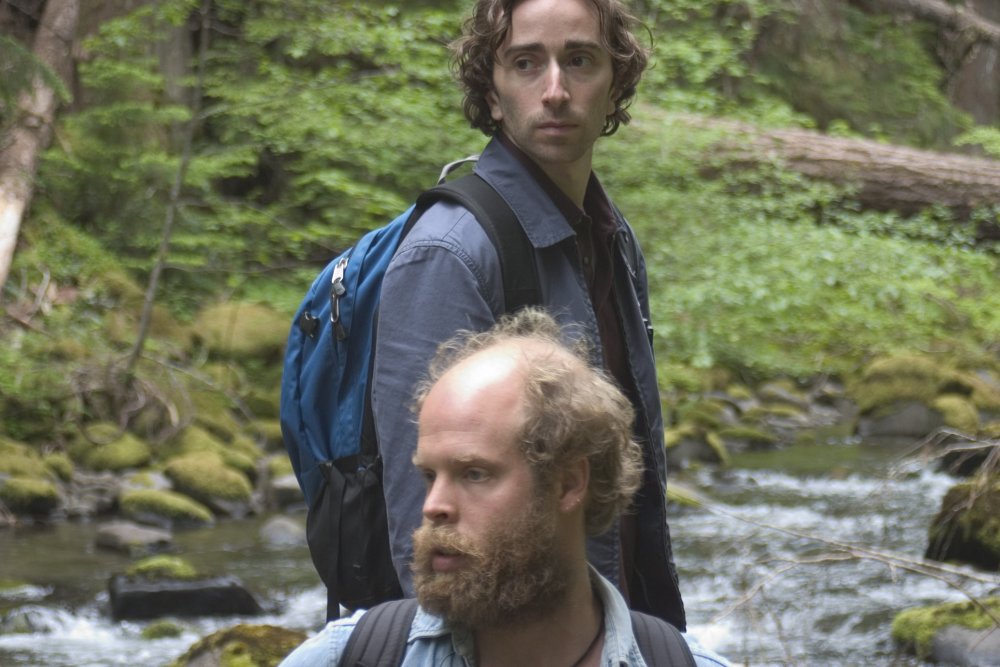 Edge of America: The Films of Kelly Reichardt runs at BFI Southbank in March 2017

Over her six features to date, Kelly Reichardt has earned a place at the forefront of modern American indie filmmakers, yet her films have an unconventional, slow pace that can take some adjusting to. From her 1994 debut, the Florida-set crime drama River of Grass, to her new triptych of Montana womanhood, Certain Women, her films revel in the minutiae and rhythms of daily existence. Rather than rushing to their destination, they capture the reality of a journey’s duration and the uncontrollable factors that can derail you in an instant. 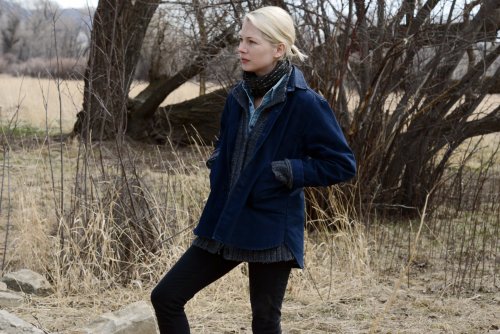 Her characters, too, are not your usual movie material. Reichardt cares for the people who live outside of the system (and its expectations) – those who take risks and don’t necessarily have a backup plan. Reichardt’s films are stories of determination and radical acts, yet her characters don’t conform to society’s narratives of success.

The films are political – both overtly, as in the environmental activism of Night Moves (2013), or implicitly, as in the snippets of a debate on the car radio in Old Joy (2006) that trickle into the mood of the film. Or else a sense of politics is there in a simple sentiment, such as when the security guard in Wendy and Lucy (2008) shows his sympathy for the situation of Michelle Williams’ drifting heroine: “You can’t get an address without an address; you can’t get a job without a job.”

Reichardt’s characters make leaps of faith, or hope, and, as in real life, these don’t always work out. But these courageous moves, enacted by resilient women and often incompetent, flailing men, are explored with profound compassion.

The best place to start – Wendy and Lucy 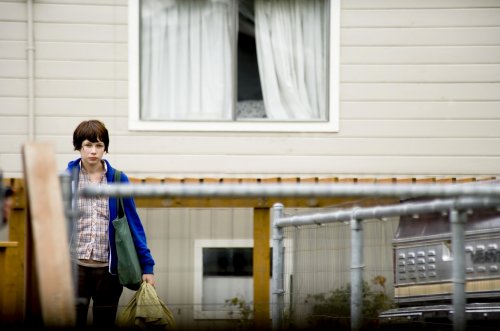 Reichardt’s beloved dog Lucy has made more than one appearance in her films, coming along for the road trip in Old Joy – head out of the car window, ears gloriously flapping in the wind – and accompanying Wendy’s cross-state migration in Wendy and Lucy. This latter film may be the ideal place to acclimatise to Reichardt’s world, also featuring, as it does, another of the director’s closest collaborators: actor Michelle Williams.

In the first of her three films for the director, followed by Meek’s Cutoff (2010) and now Certain Women, Williams plays the migrating protagonist whose knackered car breaks down in Oregon on her northward journey in search of work. With no support network and her strict budget beginning to drain away on factors beyond her control, things become desperate after her dog Lucy goes missing. The freight trains shake and rattle in the background with their steady inevitability, and Reichardt shows how swiftly problems can snowball.

Beginning one of the most rewarding director-star partnerships of recent times, Williams offers a heartbreaking performance, engaging with her character with great wisdom, depth and tenderness. 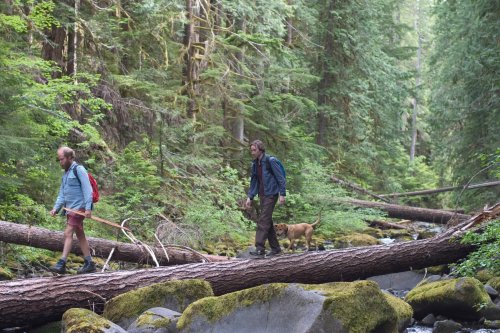 The north-western American landscape is a strong motif throughout Reichardt’s filmmaking, from the 19th-century Oregon trail in Meek’s Cutoff to the backwoods camping expedition of Old Joy. Her collaborations with the Portland-based writer Jonathan Raymond have been the foundations for a large portion of her work: Raymond’s short stories were the seeds for Wendy and Lucy and Old Joy, and – also including Meek’s Cutoff and Night Moves – they’ve co-written four screenplays together.

Made 12 years after her debut, the director’s second feature, Old Joy, is a warm yet melancholy exploration of a friendship that has elusively shifted. Indie music icon Will Oldham is brilliant and endearing as the free-spirited Kurt, who calls up his old friend Mark (Daniel London) to go on a camping trip to a nearby hot spring. Mark has a heavily pregnant partner, and his life has forked in a very different direction to Kurt’s, who still marches to his own beat. Yet, while a rolling stone gathers no moss, Kurt’s emotional perception is strong and he yearns to bridge the gap. 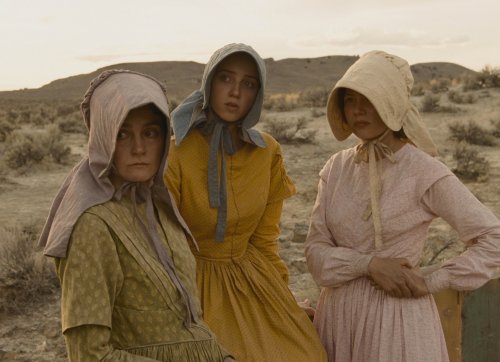 Reichardt’s exploration of a lost intimacy and the way the men experience each other’s presence is vivid and sensitive, and Yo La Tengo’s beautiful soundtrack is full of dreamy hopefulness and solitude.

In Meek’s Cutoff, Reichardt takes Michelle Williams back to Oregon for another challenging expedition, loosely based on historical events. It’s 1865 and a group of settlers are placing their trust in the knowledge of pioneer Stephen Meek as they cross the barren rocky landscape in the hunt for a better future. Williams is Emily Tetherow, wife of Solomon Tetherow, and is part of one of three families making the leap into the unknown. Emily is perceptive and smart, but a woman, so doesn’t get to make the decisions. Meek captures a Native American man and they debate whether to kill him or keep him in the hope that he’ll lead them to water. With no way to gauge their progress, and supplies depleting, tensions rise among the families as desperation takes hold.

Reichardt’s painterly eye captures the overwhelming immensity of the dusty golden trail, with its pale blue skies and white-peaked mountains. Clouds roll over the moon like smoke in the coal-black night. Out in the big, expansive wilderness, desolation is laid bare and the reality of getting a wagon over a hill, or changing a wheel, underlines the effort and will involved, with staggering realism.

Starring Jesse Eisenberg, Dakota Fanning and Peter Sarsgaard, Night Moves is a tight thriller about environmental activism, which features many of Reichardt’s signature themes and a typically Reichardtian group of characters: Oregon outsiders living off the land, off-grid, taking risks. Yet it feels more slick than soft, and just that slight bit more Hollywood. Perhaps it’s Jesse Eisenberg, who seemed to be in everything at the time, and whose face is forever cinematically entwined with Facebook. 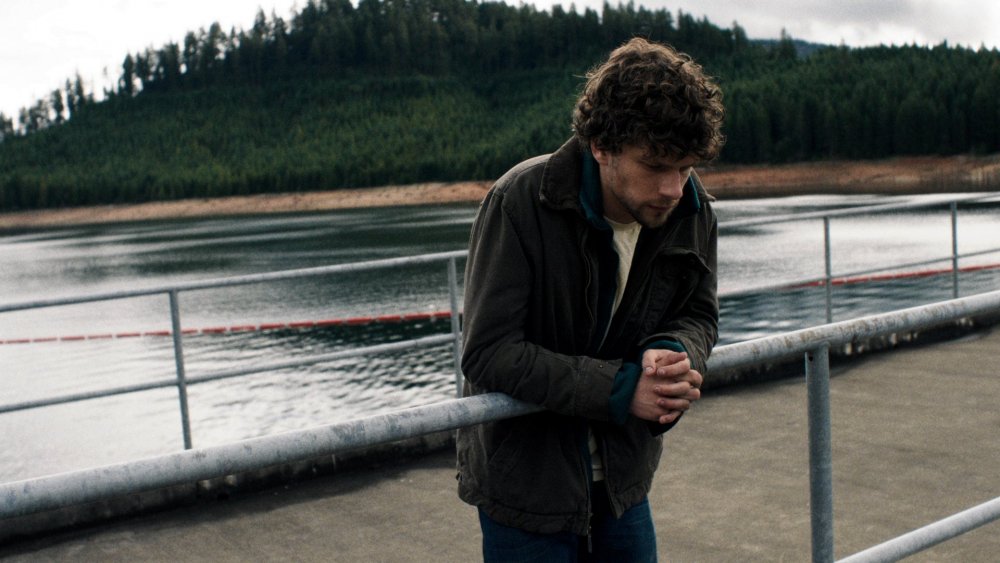 Night Moves is also the only feature to date that Reichardt has shot digitally. She usually prefers real film – with her latest, Certain Women, being shot on 16mm – and the way she frames the American landscape is powerful and expressive. She has an intuitive understanding of painting with light, and the colours she captures are rich and vivid, often colliding luscious Oregon greens with the encroaching grey landscapes of industry and capitalism. Reichardt’s attention to the natural world illuminates the strengths and vulnerabilities of her characters, and how people and animals survive within their environments.

Related to Where to begin with Kelly Reichardt