Where to begin with Jean Rollin 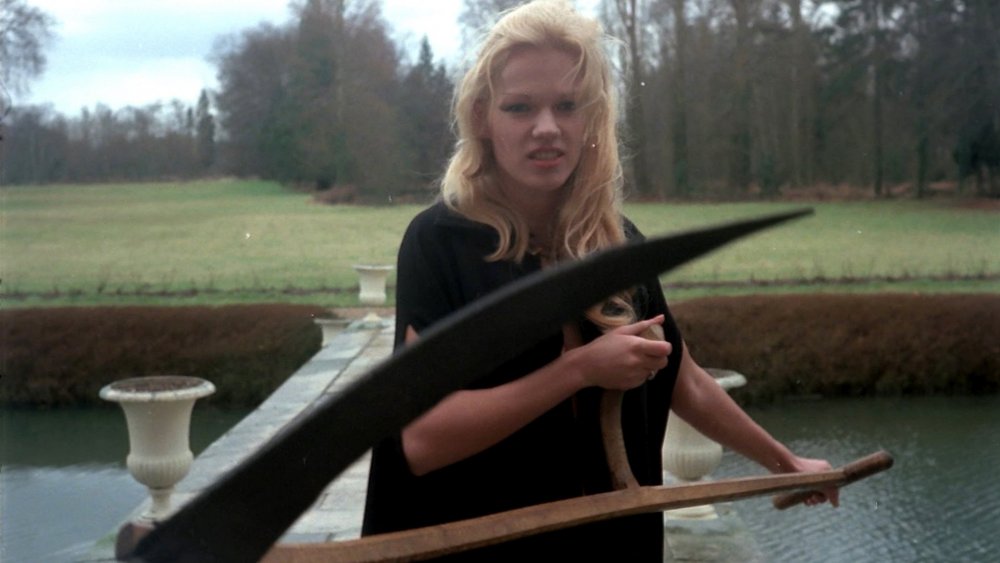 When Jean Rollin’s debut film, The Rape of the Vampire (1967), received its premiere in Paris, the audience were less than happy. Seats were torn from the stalls and lobbed at the screen, while Rollin himself was chased from the cinema. The film disappeared almost immediately afterwards.

Things hardly improved for the filmmaker on his home turf in the years to come. It seemed a country known for its championing of neglected American filmmakers couldn’t see the art for the trees when it came to the cinema of Jean Rollin.

For a long time, he was written off as a pornographer due to his considerable body of work in the hardcore industry. But while the skin flicks make up a good half of his CV, alongside a handful of pseudonymous payday gigs, there’s a body of some 20 personal projects that bear all the marks of the auteur. 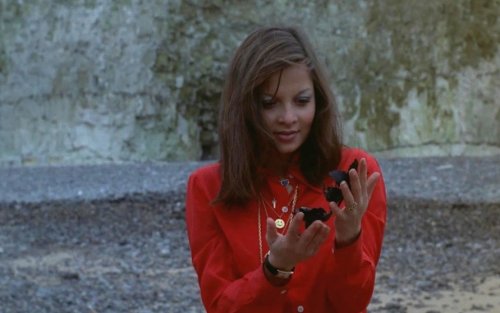 To write them off as softcore horror, or Eurotrash, is to ignore these films’ personal and political undercurrents, and the somnambulant, melancholic air that pervades the best of them. Sex and death do figure heavily (and the gore, on occasion, can be plentiful), but genre elements are always subsidiary to the ethereal dream states through which the films roam.

There’s real beauty to be found in the desolate, recurring landscapes of crumbling cemeteries and chateaux, alongside the ubiquitous beach at Dieppe. Rollin mines an unsettling tension from the juxtapositions between ancient and modern, between the beautiful and the damned.

It’s only in recent years that Rollin’s star has begun to rise, largely thanks to the work of Redemption Films and Kino Lorber (UK discs from the Black House imprint, often heavily cut, are best avoided). Nine of his key films are available to watch on BFI Player, enabling the kind of immersive experience that’s all but essential in getting to grips with his singular style.

Viewers with the patience and inclination will be richly rewarded by a gothic surrealism quite unlike anything else in the B-movie canon.

The best place to start – Requiem for a Vampire

The fourth film in Rollin’s early quartet of vampire movies, Requiem for a Vampire (1971) is an ideal entry point to his stylistic and thematic concerns. A real step up from the three pictures that preceded it (The Rape of the Vampire, The Nude Vampire and The Shiver of the Vampires), it also serves as something of a transitional work en route to the more hauntingly poetic visions that were soon to come. 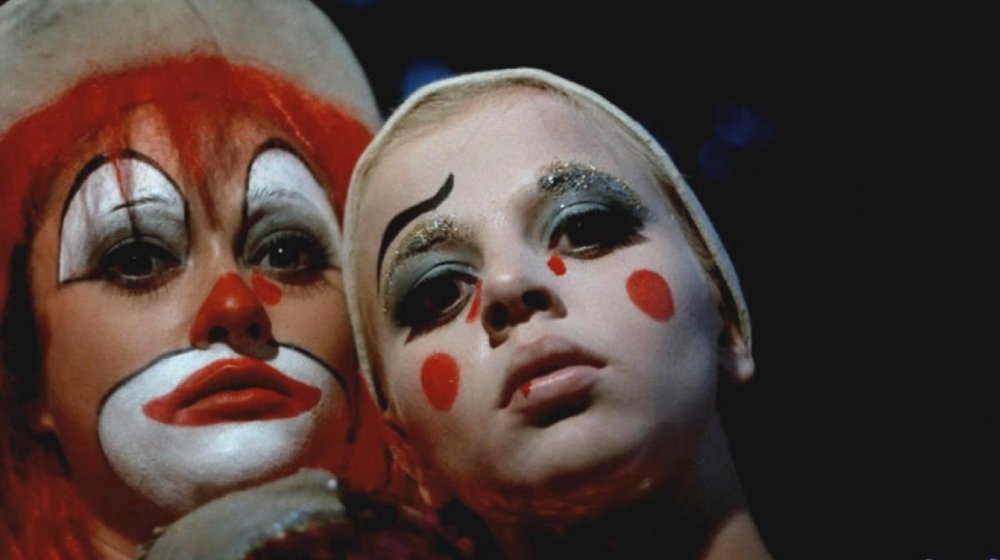 Like most of his films, it was a largely improvised affair, devised backwards from an uncanny set-piece of a piano being played in a cemetery by a beautiful vampire. Much of the film is dialogue free; in fact there’s barely a word spoken for the entire first half of the picture. Instead, Rollin drives the story forward through force of imagery alone. And the imagery is quite something: from the opening chase sequence that sees its female protagonists made-up as clowns, Rollin’s surreal juxtapositions and anachronisms favour a heightened sense of fantastique over any pursuit of realism.

The sex and violence is also his most explicit up to this point in his career, with a prolonged dungeon session, bathed in red light, included at the behest of his American producer, Sam Selsky. But the film’s ending is pure Rollin: the head vampire entombs himself to halt his bloodsucking lineage, embracing death head-on with a sigh of resignation.

Those in search of more straightforward horror kicks might head for The Grapes of Death (1978), which sees ‘zombies’ take the place of Rollin’s usual vampires, as rural farmers fall prey to the pesticide that’s infecting the local plonk. Heavier on the gore than usual, this one ought to play well to fans of 70s Italian horror.

Similarly, The Living Dead Girl (1982) is more readily accessible within the context of European horror. One of Rollin’s most beautiful films, it charts the downward spiral into madness and vampirism of protagonist Hélène.

The most iconic image in Rollin’s cinema is regular cast member Brigitte Lahaie wielding a scythe in Fascination (1979). Arguably the quintessential (and most famous) Rollin picture, it opens with one of his most memorable sequences, as a fixed camera surveys the inside of a bloodied abattoir, housing a motionless woman decked out in pristine white. 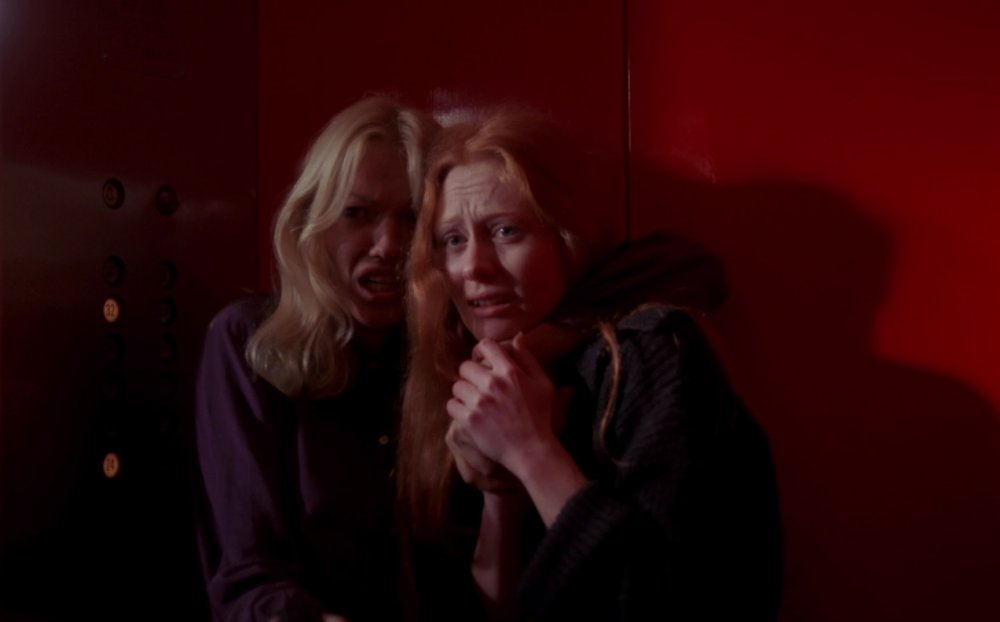 Buy tickets for The Iron Rose screening as part of the Fantastique: The Dream Worlds of French Cinema season at BFI Southbank

Yet Rollin’s two very best films are perhaps his least typical. The Iron Rose (1973) was the director’s biggest commercial failure, and is best saved until you’re a few films down the road. Set almost entirely within a sprawling graveyard, the film plays like a series of nesting dreams, richly symbolic and steeped in an air of romantic tragedy. It’s a film much better experienced than described. At once poignantly sad and achingly beautiful, it’s a haunting marvel of dream-state ambience and logic.

The Night of the Hunted (1980) is similarly atypical, and similarly essential. Eschewing his usual rural environment, Rollin makes a rare foray into the city, the film’s institutional setting giving the feel of an early Cronenberg picture. Fittingly for a film about amnesia, the cast (populated by his hardcore pals) perform as though hypnotised, which lends an even greater sense of the somnambulant than usual.

There’s a cold distance at play here, unusual for Rollin, which is exacerbated by his fixed, objective camera. While the film offers a pat explanation for what’s afflicting the institution’s residents, the lifeless expressions of those drifting through its midst imply a more malignant trauma.

Unless you’re specifically looking for them, it’s best to check that any randomly selected Rollin film isn’t one of his hardcore joints. Otherwise, all of the films that bear his name as director are worth your time. Later pictures like Two Orphan Vampires (1995) and The Fiancée of Dracula (2000) knowingly hark back to his early works, and are best enjoyed with his more famous films already under your belt.

Then there’s those films Rollin made under a pseudonym, as cash-grabs to fund his personal projects. You’ll find little of what makes a great Jean Rollin picture in the likes of Schoolgirl Hitchhikers (1973) or Zombie Lake (1981). But it’s not easy to distinguish them when the home video labels that are releasing his good stuff are also releasing these pseudonymous films with his real name reinstated on the cover. Luckily, the IMDb marks clearly which films were directed under an assumed name.