Where to begin with the Japanese New Wave

Your next obsession: the rulebook-destroying rebels of the Japanese New Wave. 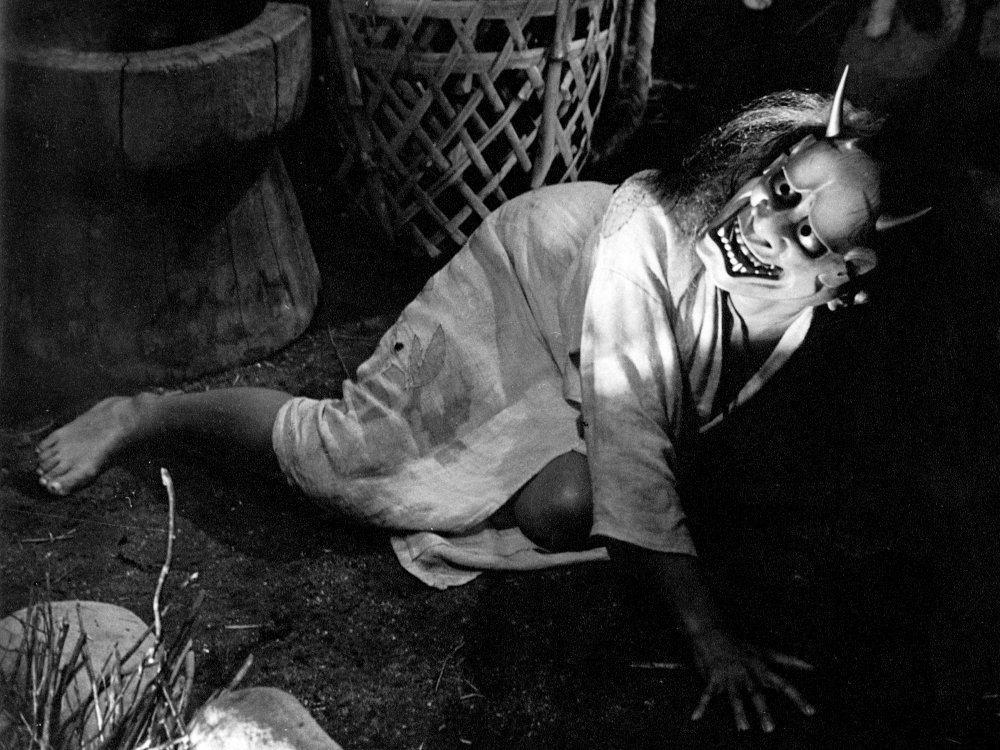 Provocative, politically engaged and formally daring, the films of the postwar generation of Japanese directors that emerged during the 1960s presented a rupture with the country’s studio-dominated past.

The label ‘Japanese New Wave’ presents immediate problems, however. Its origins, circa 1960, can ironically be traced back to a piece of studio branding, with the debuts of three young employees at Shochiku – Nagisa Oshima, Masahiro Shinoda and Kiju Yoshida – marketed as launching the ‘Shochiku Nuberu bagu’ (a transliteration of ‘nouvelle vague’ to draw attention to parallel developments in French cinema). All three directors subsequently left the studio under acrimonious circumstances to go independent. 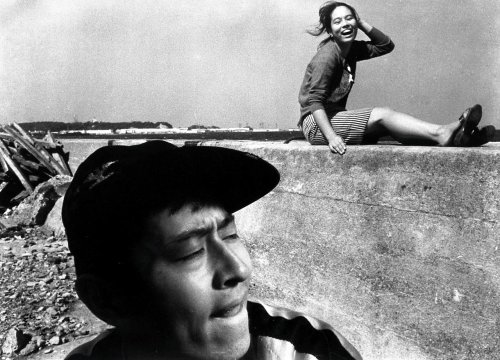 It’s a moot point to what extent what followed was ever a genuine movement as such, or a convenient label under which to group a number of trends and developments reflecting the cynical political climate of the era, as well as more liberal attitudes to on-screen depictions of violence and sexuality and an explosion in independent production.

Over the years, the term has been used, sometimes misleadingly, to encompass modernist directors such as Kon Ichikawa, Yasuzo Masumura and Seijun Suzuki working purely within a studio environment, experimental and documentary filmmakers like Toshio Matsumoto and Noriaki Tsuchimoto, and outsider figures like Koji Wakamatsu and Masao Adachi working in the low-budget ‘eroduction’ field of adult movies.

Japanese New Wave films also come with perennial problems of availability to English-speaking audiences. One notable victim is Susumu Hani, whose pioneering melding of fiction and documentary techniques in films like Bad Boys (1961) and She and He (1963) are little remembered outside Japan. Even a number of critical titles by the man viewed as the trailblazer of the scene, Nagisa Oshima, remain poorly represented by home video releases in the west. His best films of the era – Diary of a Shinjuku Thief (1969) and Boy (1969) – are impossible to see by legitimate means.

The best place to start – The Face of Another

The striking works of Hiroshi Teshigahara present the perfect first stop, as they can usually be savoured on a purely aesthetic level, without deep awareness of cultural and political specificities. 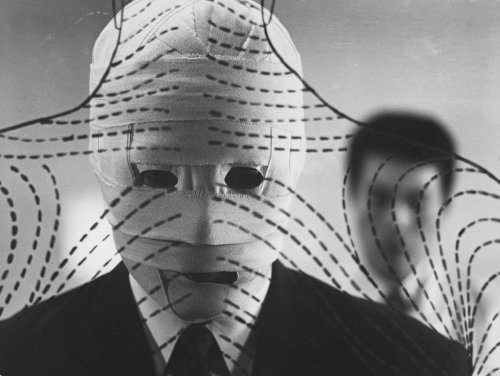 An otherworldly, Kafka-esque allegory about the existential absurdity of modern life, his Woman of the Dunes (1964) is the one that gets the most attention. Centring on a city-dwelling amateur entomologist who finds himself stranded in a sandpit in a remote desert region during a field trip, it was the second of four feature-length collaborations with novelist Kobo Abe and avant-garde musician Toru Takemitsu (both members of the Seiki progressive arts club established by the director).

In fact, however, its follow-up, The Face of Another (1966), may be a more accessible entry point. This probing portrait of a man whose face is disfigured beyond recognition in an industrial accident, and who finds his personality changing after plastic surgery, occupies a similarly surreal domain as Georges Franju’s haunting surgical horror Eyes without a Face (1960), but with a rigour that is more philosophical than dramatic in its exploration of physicality, psychology and social identity.

Whichever of these you choose to watch first, both benefit from Teshigahara’s lyrical and breathtakingly original approach to the cinematic frame, exhibiting an aesthetic sensibility inherited from his father, Sofu, the founder of the modernist Sogetsu school of ikebana flower arrangement. 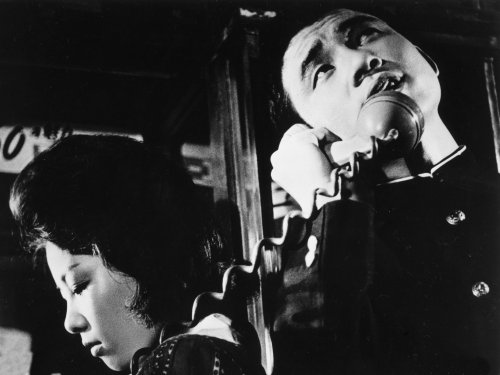 Like Teshigahara’s films, Kaneto Shindo’s eerie supernatural parable Onibaba (1964) can be enjoyed simply as a dreamlike piece of horror, without in-depth knowledge of its cultural context – though, if you want more, the film also provides an allegory for Japan’s passive involvement as America’s Cold War ally during the Vietnam war. Set in war-torn hinterlands in the 14th century, it focuses on an older woman and her daughter-in-law who eke out an existence robbing and murdering samurai who pass by their marshland home. Simmering tensions between the pair erupt after the discovery of a mysterious demonic mask, building to a haunting climax that – like the masterful monochrome cinematography – lingers long in the mind.

Though his deconstructions of cinematic style and scathing treatments of social shibboleths won’t be to everyone’s tastes, anyone trying to get to grips with this period of Japanese cinema must sooner or later tackle Nagisa Oshima. His iconic works include his fourth feature, Night and Fog in Japan (released in 1960, within a year of his debut), a direct, albeit highly stylised, treatment of the left’s failure to halt that year’s controversial Japan-US Security Treaty (or Anpo Agreement); Death by Hanging (1968), which tackles both the death penalty and anti-Korean discrimination; and The Man Who Left His Will on Film (1970), involving student filmmakers documenting the ongoing anti-government protests of the era. 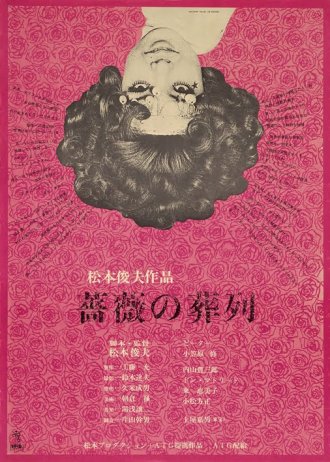 His earlier films are far more conventional, and his breakthrough second film (and first in colour), Cruel Story of Youth (1960), is certainly worth a look. It is the film that really established Oshima as the focal point of this new filmmaking revolution. Riffing on the popular taiyozoku (‘Sun Tribe’) cycle of hedonistic youth movies that had first appeared in 1956, it adds a more more nihilistic twist to its tale of young love set in the chaotic world of Anpo protests, gangsters and backstreet abortions.

But Oshima’s contemporary Shohei Imamura was by far the more humanistic and entertaining voice. After directing such monumental explorations of the lower echelons of postwar Japanese society as Pigs and Battleships (1961) and The Insect Woman (1963), 1967’s A Man Vanishes was his first truly independent work and his first foray into documentary. It literally tore down the walls between filmed and filmmaker and fact and fiction. What starts out as a straightforward, journalistic enquiry into the disappearance of a plastics salesman soon evolves into a Rashomon-like meditation on the limitations of the format. It was the first production from the Art Theatre Guild (ATG), an organisation established in 1961 to provide limited national distribution for more artistically challenging works and with which the story of the new wave is inextricably linked.

In the same line of documentary-fiction hybrids, Toshio Matsumoto’s ATG-produced Funeral Parade of Roses (1969) presents a fascinating mockumentary portrait of Tokyo’s vibrant countercultural hub, Shinjuku, an area populated by bohemians, druggies and dropouts and the epicentre of the nation’s anything-goes creative scene. All this is fused with fictional scenes based on the Oedipus Rex story, featuring the cross-dresser performer known solely as Peter (he much later appeared playing the fool in Akira Kurosawa’s 1985 King Lear adaptation Ran).

Often compared with Michelangelo Antonioni, Kiju Yoshida has steadfastly refused to identify himself as ever having been part of the movement (and indeed has claimed he was barely on speaking terms with its leading light Oshima). However, the trio of films he made based on critical historical turning points of the 20th century – Eros + Massacre (1969), Heroic Purgatory (1970) and Coup d’état (1973) – epitomise all the excesses of the director-driven avant-garde.

This is not to say the films are no good, but for those wishing to dip their toes into the Japanese new wave, these should be considered the equivalent of a dive in at the deep end. All demand a strong familiarity with the country’s cultural and political history, together with the closest of attention from the viewer. The middle film, Heroic Purgatory, a treatise on leftwing revolutionary movements that commingles past and present timelines with an imagined future (set in the 1980s), is particularly academic and challenging.