Where to begin with Japanese musicals

Your next obsession: the hidden history of Japanese musicals 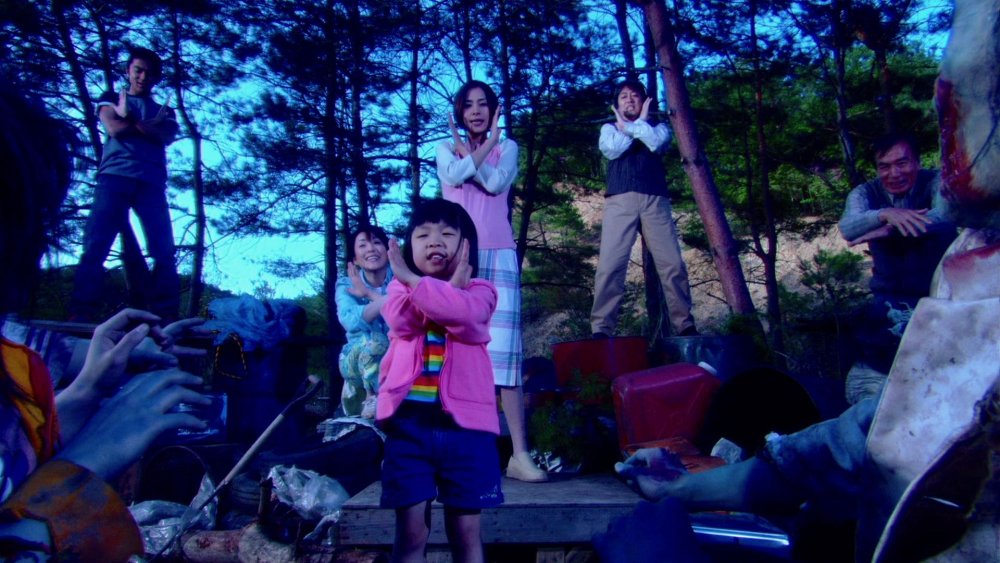 The Happiness of the Katakuris (2001)

Japan Sings!, a season of Japanese musicals, runs at Derby QUAD from 7-9 November 2019

High emotion, high spectacle and a rapturous casting aside of all inhibitions – these are but a few of the giddy pleasures of the movie musical. They are not, however, among the more familiar markers of the more masculine face that Japanese cinema tends to present to the world, nor of the arthouse market that has traditionally provided its platform from Rashomon (1950) onwards.

But it would be ludicrous to think a country with one of the world’s largest recording industries might not have spawned a few musicals along the way. Japanese cinema sang as soon as it could talk. The main lure of one of Japan’s first sound-on-disc films, Kenji Mizoguchi’s Hometown (1930), was the chance to see the opera singer and early recording star Yoshie Fujiwara’s voice synched to his body and face.

The synergy between music and movie industries is even more evident in Japan’s first bona-fide musical, Tipsy Life (1933), a light-headed tale of a romance between a budding songwriter and a beer girl who serves up refreshments to thirsty salarymen from a commuter train platform. In this, Victor Records played as significant role in the plotting as the elements of intoxication provided by the film’s financers Dai-Nippon Beer.

It’s understandable that foreign critics who liked to frame Japan in terms of exotic otherness might have wanted to see its cinematic voice muted when it came to celebrations of the universal language of love. Who in the west in the run up to the Second World War, for example, might have found themselves succumbing to the charms of Masahiro Makino’s Singing Lovebirds (1939), in which the expressive, ever mobile camera sweeps the viewer right into the heart of this genial tale of romantic rivalry in the age of the samurai? 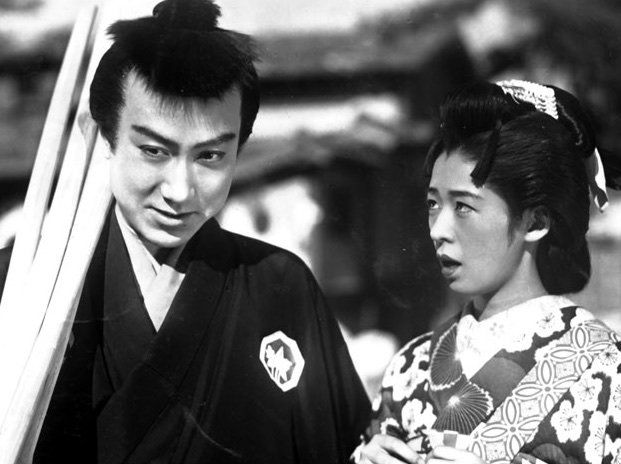 On the other hand, conservative domestic fears of cosmopolitan contamination provided a source of satire for postwar audiences in Japan’s first colour feature, Carmen Comes Home (1951), directed by Keisuke Kinoshita, as Hideko Takamine’s eponymous exotic dancer returns from the big city’s bright lights to scandalise her rural hometown, flashing her legs and breaking into coquettish songs about Paris. 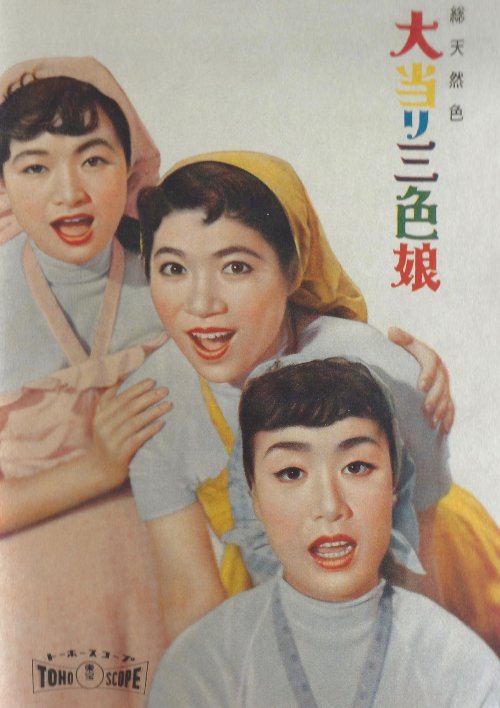 Flamboyant celebrations of excess pioneered by Umetsugu Inoue, including Tokyo Cinderella (1954) and The Stormy Man (1957), proved so popular at home that he wound up invited to remake them for the Shaw brothers in Hong Kong, resulting in such magical transnational love letters as King Drummer (1967) and Hong Kong Rhapsody (1968).

Similarly neglected beneath the towering figures of Akira Kurosawa and Godzilla, at Toho Studios we find genre specialists like Toshio Sugie, whose many offerings included On Wings of Love (1957), one in a line of sunny confections featuring three top singing idols of the day – Misora Hibari, Chiemi Eri and Izumi Yukimura – in search of love and marriage. The first all-colour widescreen TohoScope production, it was among the top hits of its year and characterised the studio’s work right up to the end of the next decade, which included a string of titles like Jun Fukuda’s Young Guy in Hawaii (1963) celebrating the tiger economy’s new ease at its place in the world.

Maybe it’s unsurprising that a strain of cinema where local colour is downplayed in favour of culturally hybridised riots of sound and spectacle might find itself so marginalised in a global arena where Hollywood was seen as king. Certainly it seems high time to catch up on what we missed out on first time round.

The best place to start – Memories of Matsuko

Setting aside more self-conscious genre mash-ups like Takashi Miike’s toe-tapping horror comedy The Happiness of the Katakuris (2001) or Sion Sono’s hip-hopping youth movie Tokyo Tribe (2014), musicals have been pretty thin on the ground in the new millennium. Stylistically, Tetsuya Nakashima’s Memories of Matsuko (2006) is another mould-breaker, but less arch and a more obvious heir to the movie musical tradition. 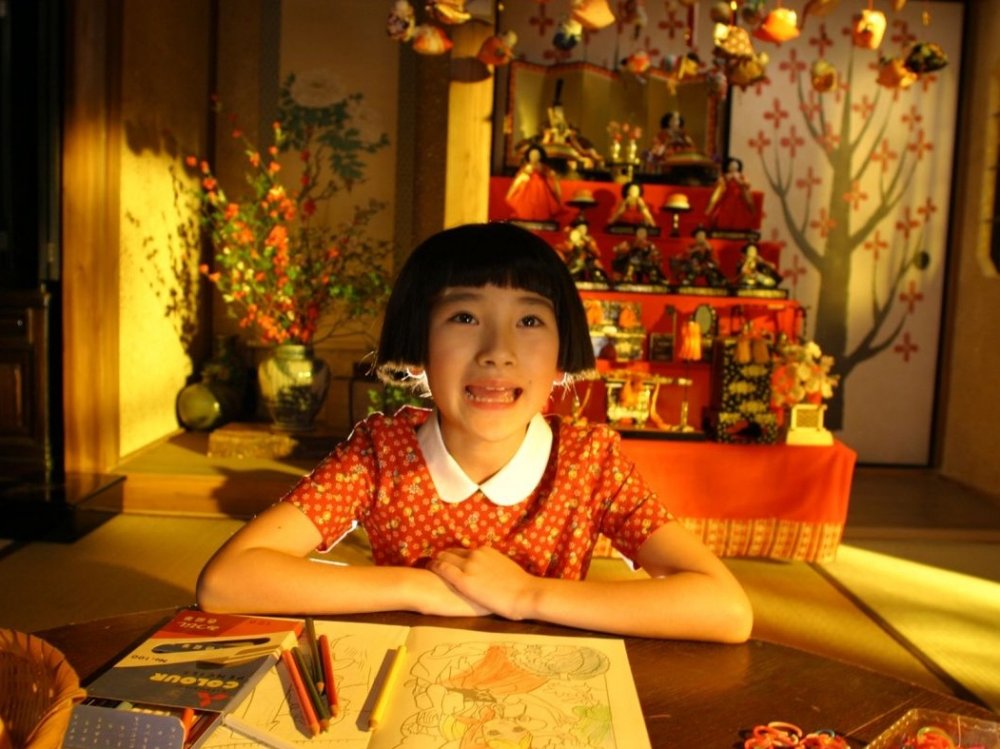 Its chronicle of a woman’s gruelling plummet, purely due to her attractiveness to men, from innocent girlhood dreams to destitution and death – by way of prostitution, domestic abuse and a spell in the slammer – are boldly and breathlessly conveyed in incongruously eye-popping colours, virtuoso camerawork and editing, and vivacious song-and-dance routines in a manner that belies the film’s tragic emotional trajectory. A jaw-dropping central performance from Miki Nakatani merely adds to the pleasures of one of the most astonishing Japanese releases of the 2000s.

One can’t deny it, but Seijun Suzuki’s Princess Raccoon (2005) is something of a marmite experience – or maybe natto (the notorious Japanese fermented bean dish) might be more apt, in that the cultural odour is particularly heady.

A throwback to a string of musical comedies from the 1940s, virtually unknown outside Japan, featuring tanuki (mischievous supernatural woodland beings that shape-shift between raccoon and human form), this eccentric tale of forbidden love between Joe Odagiri’s handsome Heian prince and Zhang Ziyi’s mystical beauty from Cathay, who has the heart of a badger, may prove that one step too far into the realms of the weird even for the director’s diehard fans. 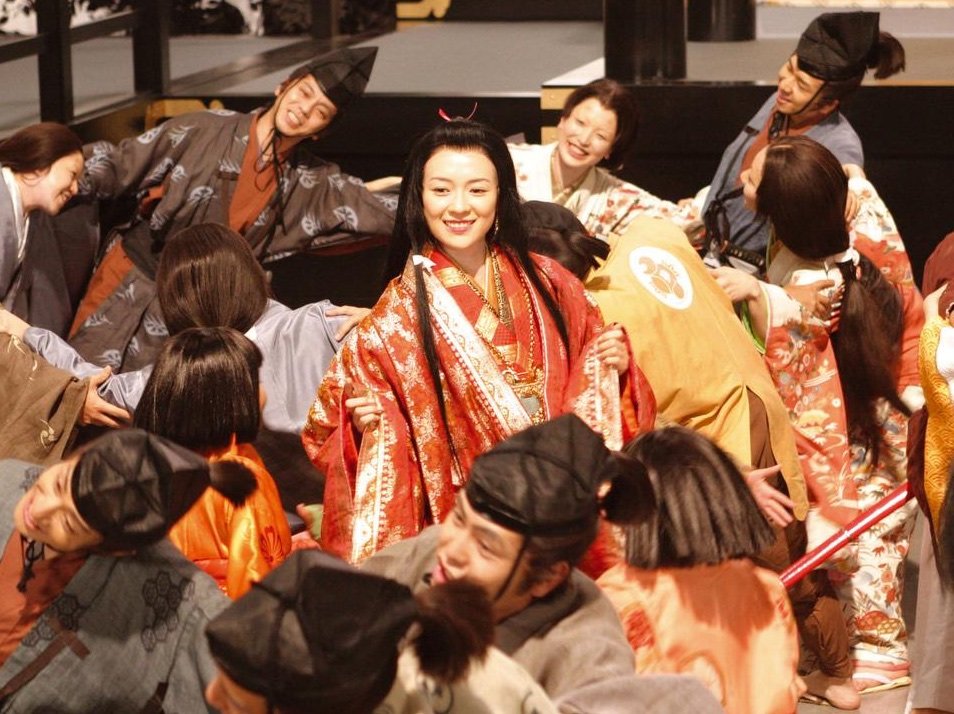 Suzuki’s directorial swansong mixes Studio Ghibi-esque visual brio and kabuki stylisation with Saturday night variety television and other local pop cultural references. Never has the “time and space are nonsense” mantra of the bohemian director, then aged 82, seemed more apt, as we are whisked between worlds in a whirlwind of baroque costuming and vibrant, decorative painted backdrops. The illusionism doesn’t always match the scope of its ambitions, but one can’t deny there is colour, fantasy, exuberance and sheer silliness here in spades.

The homegrown phenomenon of 1970s singing sensations Pink Lady – perky pop duo of Mii and Kei – never quite translated to global success. But they had some great songs and great moves, all of which feature in Pink Lady The Motion Picture (1978), Toho’s big screen attempt at capturing the magic to bottle for international consumption.

It’s a fascinating time-capsule of the inner machinations of the music industry’s image factory of the era, anticipating Spice World (1997) by two decades, as the girls self-referentially play themselves attempting to break the trans-Pacific market, with their trademark brand of unison singing, sanitised sexuality and endearingly stiff dance routines to driving disco beats.

Things rapidly go off the rails as the rollercoaster narrative is steered into absurdity by their best-known hits, like ‘Monster’, ‘U.F.O’ and ‘Tomei ningen’ (‘Invisible Man’). However, the trajectory from kitsch to car crash in a toe-curling 83 minutes seems to last an eternity.