Where to begin with Japanese cyberpunk

Your next obsession: the visionary techno-futurism of Japanese cyberpunk 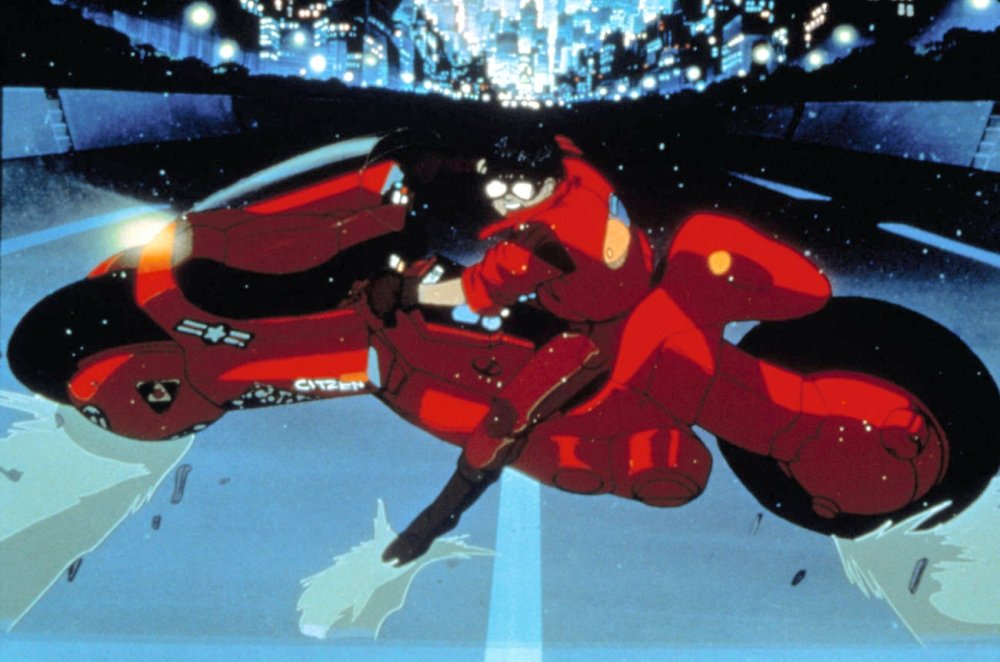 Cyberpunk, write the editors of the anthology Robot Ghosts and Wired Dreams: Japanese Science Fiction from Origins to Anime, “immediately appealed to a Japanese sensibility that had been nurtured on science fiction manga and Japanese animation”. After all, some of the genre’s foundational texts, notably Ridley Scott’s 1982 movie Blade Runner and the 1984 William Gibson novel Neuromancer, had drawn heavily on Japan and its urban landscapes for inspiration. 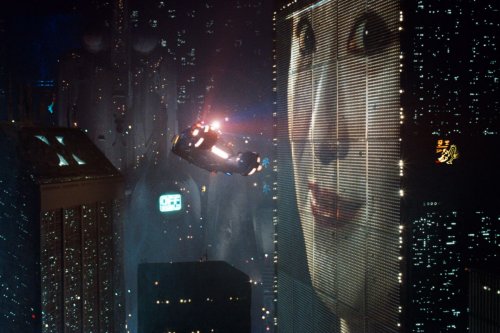 Blade Runner (1982): one of the cornerstones of early cyberpunk

But what exactly is cyberpunk, and is there a distinct Japanese version? The Oxford English Dictionary defines the field broadly as “a genre of science fiction set in a lawless subculture of an oppressive society dominated by computer technology”. Think postmodern narratives of crumbling dystopias overseen by inscrutable, unscrupulous government and corporate bodies. Other themes include the thin dividing line between human and machine, the omnipresence of a virtual shadow world beyond the physical, and the fetishisation of technology and military hardware.

But attempting to ascribe a western genre term to a national cinema with its own traditions can be problematic. While English-language pundits have been quick to carve out a specific sub-genre of made-in-Japan cyberpunk, the Japanese themselves seem to count many of the works within it as belonging simply within the wider field of sci-fi. Tellingly, there is no Japanese-language page linked to the Wikipedia entry for ‘Japanese cyberpunk’, nor any acknowledgement of the country’s own contribution in the Japanese-language entry for ‘cyberpunk’ itself.

Moreover, outside of anime and kaiju monster movies, sci-fi has surprisingly never been a particularly sizeable movie genre in Japan. That’s not to say, however, that there aren’t Japanese films, be they animated or live action, that don’t fit comfortably within discussions of cyberpunk. 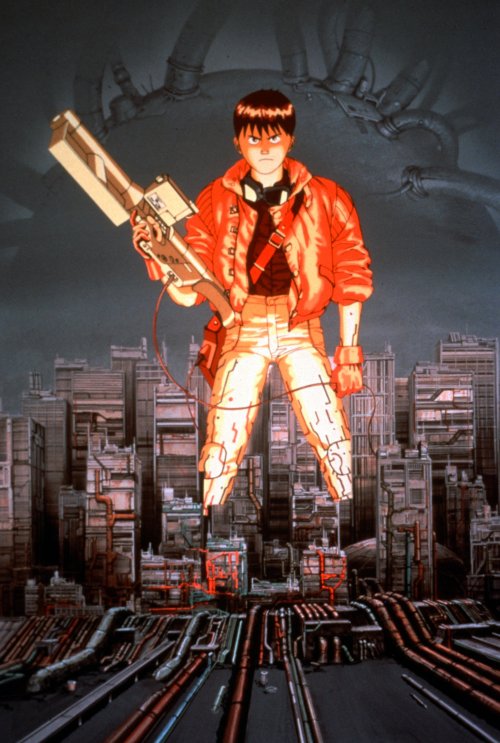 There are two very different paths you can go down in search of so-called Japanese cyberpunk cinema. The first leads back to the title that near-singlehandedly launched the overseas anime boom. And it being 2019, it’s the perfect year to see Akira (1988), which is set in ‘Neo Tokyo’ in 2019, in a city that has dramatically arisen from the ashes after being razed to the ground with the destruction of World War III.

Just as we’re now awaiting the 2020 Tokyo Olympics, Akira’s city is also one preparing for the forthcoming games, but for all its gleaming skyscrapers topped with 3D holographic advertisements, all is not well at ground level. Gangs of young punks on motorbikes scour the garbage-strewn streets in search of thrills; religious cults preach death and destruction; terrorist attacks by anti-government factions periodically rock the city; and the military imposes control with an iron hand. Amid the chaos, a rowdy teen tearaway with a psychic potential finds himself pursued by various interests who wish to use his latent powers for their own nefarious ends.

Katsuhiro Otomo’s adaptation of his original manga serial is ample proof of how anime lends itself to an expansive form of world-building, far beyond the budgetary reach of Japan’s live-action filmmakers.

On the other side of the scale, filmed on a miniscule budget using grainy monochrome 16mm, frenetically edited and employing a barrage of disturbing stop-motion effects, Tetsuo: The Iron Man (1989) is a much more claustrophobic and visceral experience. Shinya Tsukamoto’s feature debut is a grotesque, surreal, Giger-esque and essentially dialogue-less depiction of an anonymous office worker who finds himself transforming from within, without warning or explanation, into the titular metal freak. 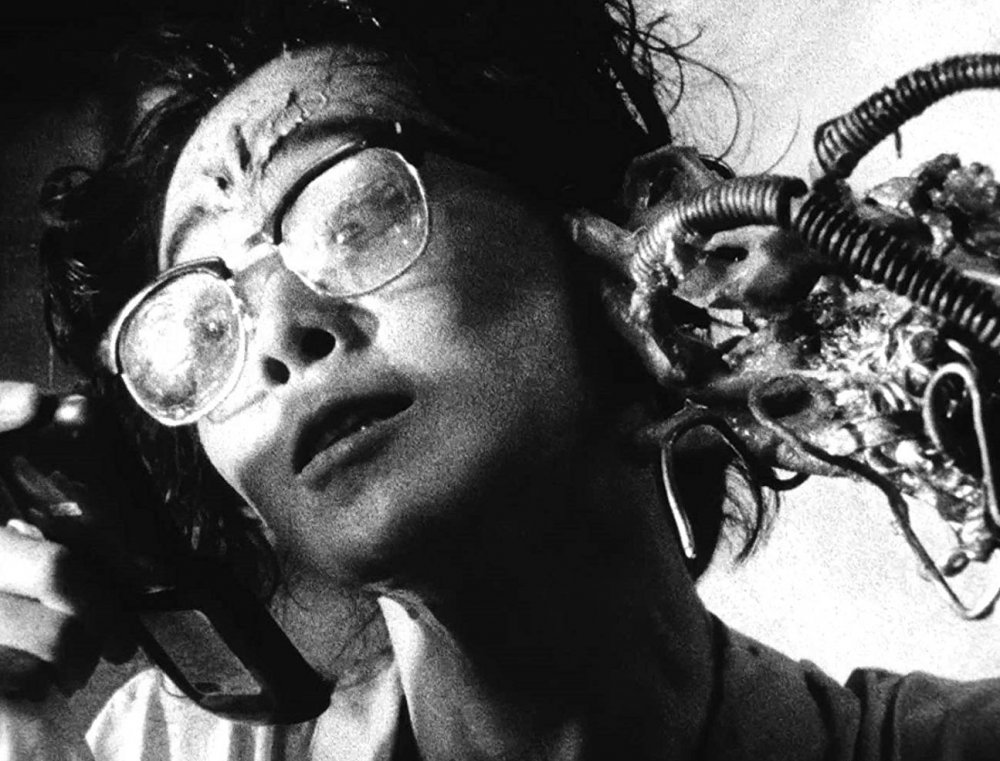 As an allegory of a flesh-and-blood humanity subsumed by chrome and concrete, it presents an unnerving vision of the urban environment in the analogue age – an inhospitable landscape of girders, corrugated iron, cables, sparks, smoke and oil spills. The whole exercise is all the more electrifying for experimental musician Chu Ishikawa’s deafening industrial soundscape of metallic crashing, pounding, whirring and screeching, interspersed with bursts of electrical static and white noise.

Mamoru Oshii’s anime Ghost in the Shell (1995) also shares concerns with corporeality in an urban future – this time populated by humans and robots at various parts of the spectrum between flesh, metal and computer chip. Here the animate/inanimate binary spills over into the virtual realm as, in a networked world ravaged by military, corporate and government conspiracies, the members of a security task force attempt to track down a rogue computer virus that has evolved a malicious intelligence. 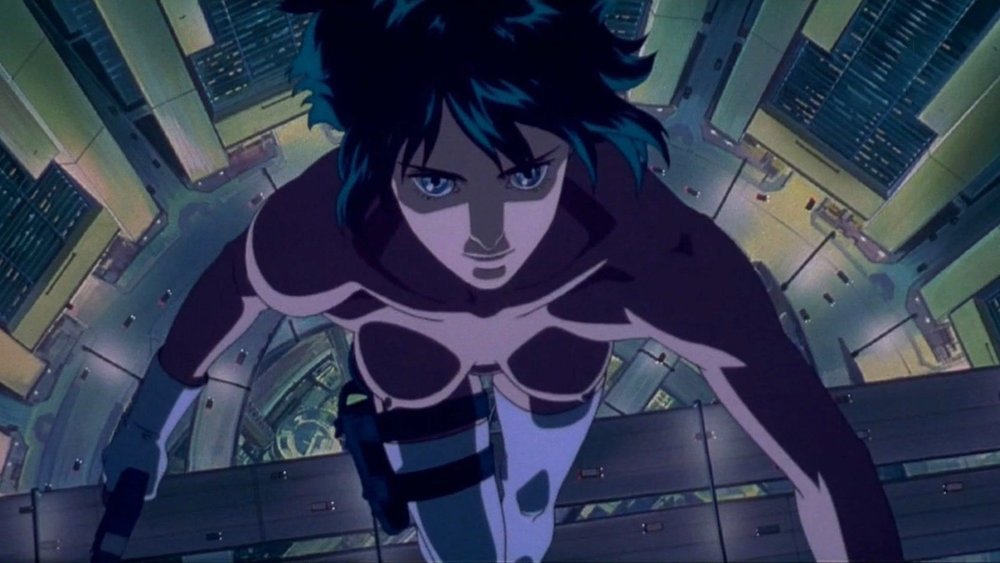 Its sequel, Ghost in the Shell 2: Innocence (2004), is even more esoteric, exploring the mind-body duality by way of an investigation into ‘gynoid’ sex dolls who turn to murder after they are transplanted with the consciousness of trafficked girls. The combination of hand-drawn and computer-generated animation echoes its theme of the schism between the organic and inorganic.

Cyberpunk narratives thrived in such anime franchises as Battle Angel Alita (1993), Serial Experiments Lain (1998) and Cowboy Bebop (1998) or movies like Appleseed (1988 and 2004) and Paprika (2006). Meanwhile, in the live-action realm, Tetsuo resulted in a kind of mini-genre cast in its own image. Its influence certainly looms large over Pinocchio 964 (1991), with its rogue sex doll, discarded by his former owner, running amok through the streets. 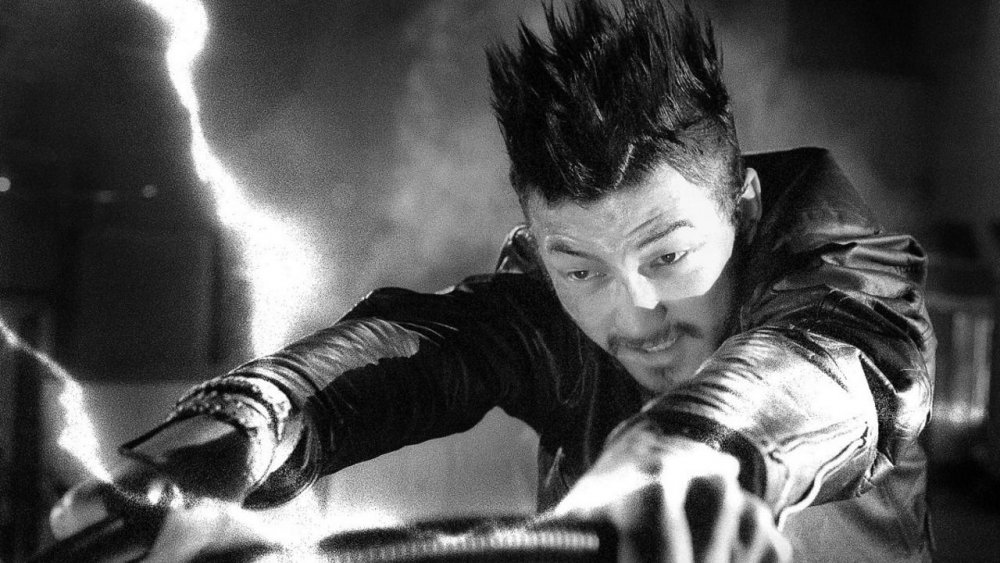 A fun title to move on to after that is Electric Dragon 80.000 V (2001). Essentially a more playful (and incredibly loud) retread of Tetsuo, it features Tadanobu Asano as Dragon Eye Morrison, who is transformed into a lizard-brained guitar-thrashing super-being after a boyhood accident involving a pylon and 80,000 volts. Clocking in at 55 minutes, it’s even shorter than its obvious model, but still immensely entertaining and with style and energy in spades.

While it’s perhaps obvious that you shouldn’t watch Tetsuo II: Body Hammer (1992) ahead of the first film, this wouldn’t actually matter in continuity terms – the film is effectively Tsukamoto remaking his original on a higher budget (much in the same way as Evil Dead 2 is a remake of Evil Dead). Somehow it lacks the same edge in colour 35mm, though, and his English-language revisioning from 2009, Tetsuo: The Bullet Man, fares even worse in comparison.

And while Sogo Ishii’s early work Burst City (1982) is cited as a formative influence on Japanese cyberpunk, the film is considerably heavier on the punk than the cyber side of things. A riotous jamboree, featuring the members of several prominent punk bands of the era camping out and performing in an industrial wasteland to protest against the building of a nuclear power plant, it makes for a fascinating socio-cultural document, but speculative sci-fi it most certainly is not.