Where to begin with Japan’s kaiju monster movies

Your next obsession: getting to grips with Godzilla and co 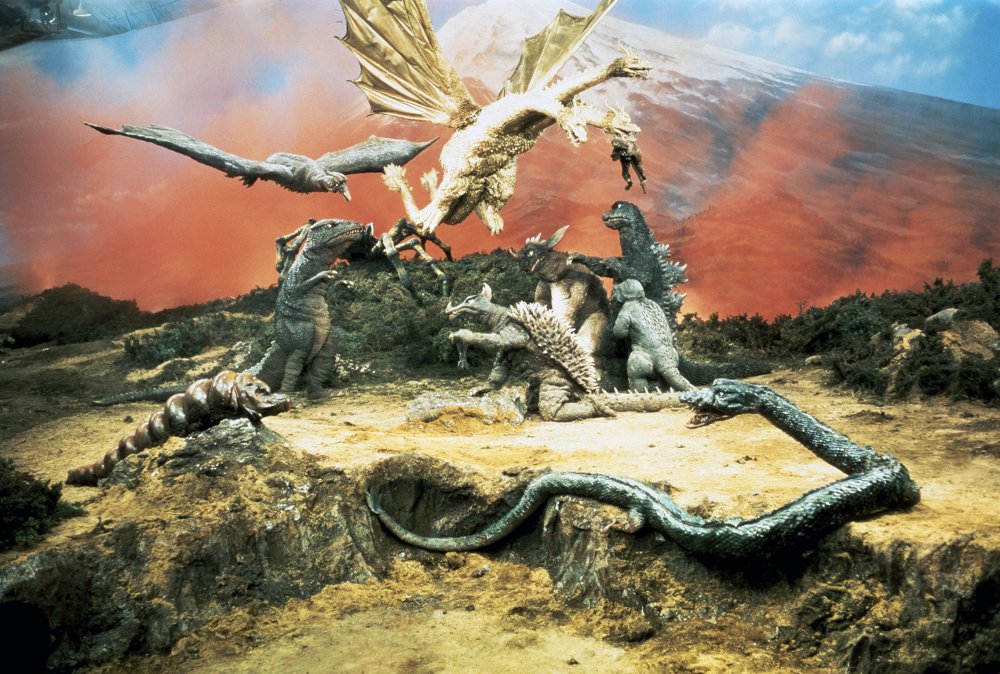 The 15-film Godzilla: The Showa Era Films, 1954-75 Blu-ray box set is released by the Criterion Collection on 25 November

Kaiju is the Japanese word for monster, or more specifically ‘strange beast’, and it’s a broad and inclusive church. Whether from outer space, the Arctic tundra, the bowels of a volcano or the depths of the Pacific, all are welcome within the expansive kaiju taxonomy. Some, by virtue of their size, earn the distinction of ‘daikaiju’ (giant monster), while others, humanoid in form, are referred to as ‘kaijin’. Some are antagonists, bent on destruction; some are protectors, while others can’t seem to make up their mind. Some are the title stars of their own vast franchises, others supporting players or long forgotten also-rans.

What all have in common is their membership of the ‘tokusatsu’ genre, a wide-ranging term that refers to films heavily reliant on special effects, of which the ‘kaiju eiga’ – or monster movie – is the sub-genre we’re concerning ourselves with here.

While it would take some time for the west to find value in the kaiju dollar, initially content to recut and repurpose extant films – famously shoehorning erstwhile-Ironside Raymond Burr into the dubbed remix, Godzilla, King of the Monsters! (1956) – the cultural conversation when it came to famous city-smashers was no one-way street. RKO’s King Kong held every monster championship belt from his debut in 1933, but within five years he’d already shown his face in Japan, with the now lost, silent two-parter King Kong Appears in Edo (1938).

From the mid-1950s onwards, Japanese studios found they couldn’t churn out kaiju pictures quickly enough to sate public appetite. Slews of imitators would follow in the wake of the genre’s first monster smash, that most iconic of cinematic silhouettes and the film with which any daikaiju chat has to begin. Bow down before…

The bombs dropped on Hiroshima and Nagasaki in August 1945 weren’t the last Japan saw of America’s atomic power. Between 1946 and 1958, a further 23 nuclear devices were detonated at Bikini Atoll, part of the Japan-occupied Marshall Islands in the Pacific Ocean. One such test, on 1 May 1954, resulted in human casualties when a fishing vessel became caught in the blast’s radioactive fallout. Eight months later to the day, with the incident still fresh in the national psyche, a 164ft allegory emerged from Tokyo Bay, stomping its way onto cinema screens. 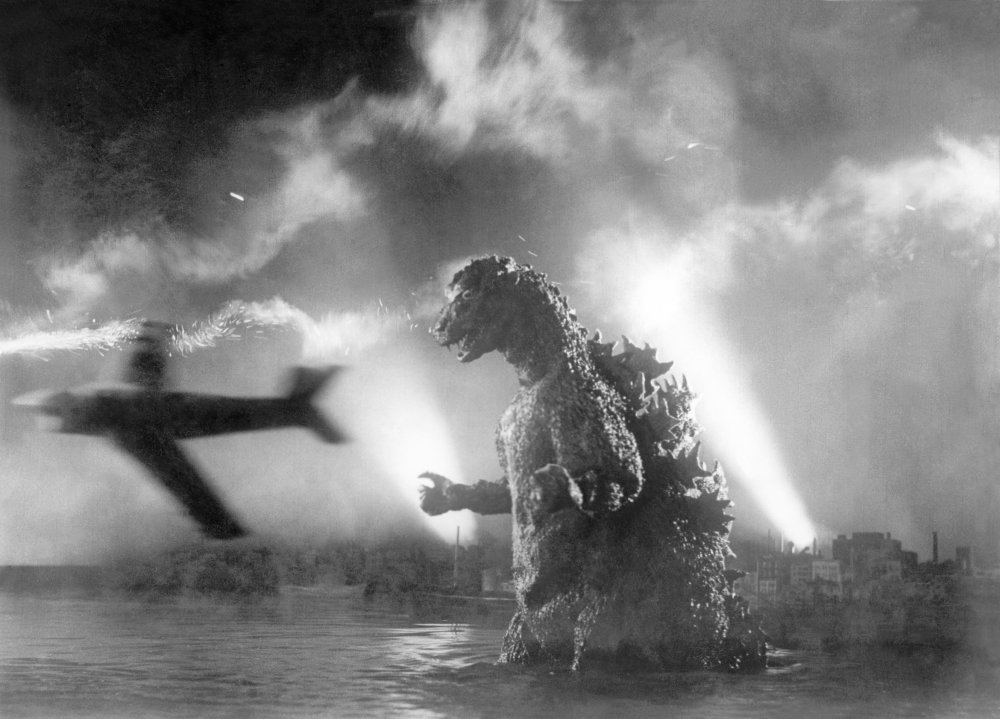 Toho Studios’ Godzilla (1954) would spawn a 32-film – and counting – franchise, though none would carry the metaphorical heft of director Ishiro Honda’s original. Rising from the postwar rubble of a decimated city struggling through the necessities of urban renewal, the giant lizard was atomic anxiety made flesh; a barely disguised proxy for indiscriminate militarist might.

Unlike many of the films that would follow, beyond its allegorical concerns, Godzilla reaps huge rewards from the human drama playing out at the level of the big guy’s toenail, led by Akira Kurosawa regular Takashi Shimura. Couple this with the work of Mikio Naruse’s favoured cinematographer Masao Tamai and Honda’s fusion of documentary realism and noir expressionism, and you’ve a stylistic formula unique to the franchise. Special mention has to go to effects guru Eiji Tsuburaya; responsible for both creature design and the extraordinary miniature work, he arguably holds the greatest claim to Godzilla’s parentage.

Here’s where things get tricky. Over the course of the next 60-plus years, the Godzilla franchise would take all manner of twists and turns, with major variations in budget and tone. A quickie sequel arrived just five months later, and – with Honda gone – the depletion in quality is immediately apparent. In many respects Godzilla Raids Again (1955) sets the template for what would follow, as the title star squares up against his first foe, the irradiated Ankylosaur, Anguirus.

Thirteen more sequels would follow in what’s known as the Showa era (1954-75) of the Godzilla series, with new enemies introduced on a film by film basis. The most iconic adversaries arrive in the first few films, as the big lizard takes on the likes of Mothra (a giant moth), Rodan (a giant pteranodon), King Kong (yep, that one) and arch-nemesis King Ghidorah (a three-headed dragon thing). By the time we get to the ninth film in the series, we’ve a full-on monster mash on our hands, as Destroy All Monsters (1968) follows the template of Universal’s House of Dracula (1945), bringing all its star attractions together for a royal rumble.

After a nine-year hiatus, Godzilla returned for the first of seven Heisei era (1984-95) films, with, um, The Return of Godzilla (1984). Pitched as a direct sequel to the 1954 original, the film made a pretty successful bid to put a straight face back on the franchise. What it lacks in allegorical heft it at least makes up for in its human story. The scaled back approach wasn’t to last, with familiar foes – and mecha-versions thereof – soon back with a vengeance, culminating in arguably the most out-there and effective of latter-day franchise entries, the Millennium era (1999-2004) Godzilla, Mothra and King Ghidorah: Giant Monsters All-Out Attack! (2001).

The 2001 film was a long-held ambition for director Shusuke Kaneko, following another hugely successful trilogy of kaiju films in his 90s resurrection of the Gamera franchise. Back in 1965, Daiei Studios had launched their own series of films in a bid to cash-in on Toho’s Godzilla success. Gamera is a giant space-turtle, defrosted from the Arctic ice when a nuclear bomb (natch) is dropped by US spy planes. Cue one of the most gonzo series of kids’ adventure films; seven sequels that swiftly drop their eco-credentials for exploding rainbows (courtesy of monster Barugon), mass-dismemberment and child-drugging space babes. Gamera’s Showa era (1965-1980) culminates in the titular kaiju playing his triumphant theme tune on the back of a vanquished nemesis he’s turned into a giant xylophone. 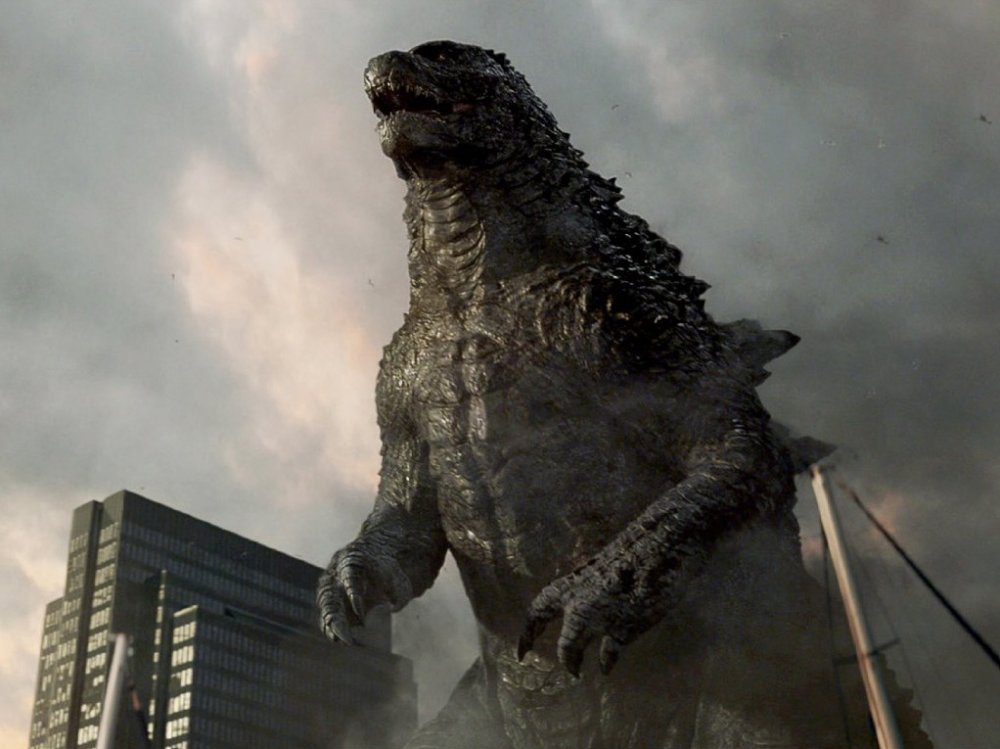 If you prefer your monster movies more traditionally formulated, Daiei’s other mini-franchise is well worth your time. Three films released in 1966 make up the Daimajin series; Kurosawa-lite chanbara (swordplay) films that centre on enslaved peasants and their wrathful god, the statue Daimajin. All effectively following the same template, the focus here is on the human drama before the statue awakens for some stomping vengeance in the closing minutes.

With the exception of Godzilla vs. Hedorah (1971), which took to task the hazardous waste of Japan’s booming manufacturing industry, the Godzilla franchise – and kaiju films in general – had largely dropped any pretence at social or political conscience. This, by necessity, changed with the meltdown of the Fukushima nuclear plant in 2011. The event is explicitly brought to bear on the two finest Godzilla films outside of the 1954 original: Gareth Edwards’ 2014 US reboot and Hideaki Anno’s Shin Godzilla (2016) – from the director of anime masterpiece Neon Genesis Evangelion (1995-96) – a film that plays as haunting elegy to Fukushima via In the Loop-style bureaucratic satire.

Godzilla (2014) may just be the most staggering (and beautiful) ode to human impotence the kaiju genre has to offer, but the same can’t be said for its sequel, Godzilla: King of the Monsters (2019), a film that has little going for it beyond its titanic commitment to scale. Still, it could be worse. It could be Godzilla’s first attempt at a green card, the much-hyped and immediately derided Stateside reboot by Independence Day director, Roland Emmerich. If your monster movie just has to be delivered in English, steer clear of Emmerich’s Godzilla (1998) and head straight for Guillermo del Toro’s Pacific Rim (2013). It’s vividly imagined and rigorous in its action staging, so it’s a shame del Toro didn’t return for the forgettable sequel, Pacific Rim: Uprising (2018).