Where to begin with Jamil Dehlavi

Your next obsession: the hallucinatory, mystical cinema of Jamil Delhavi 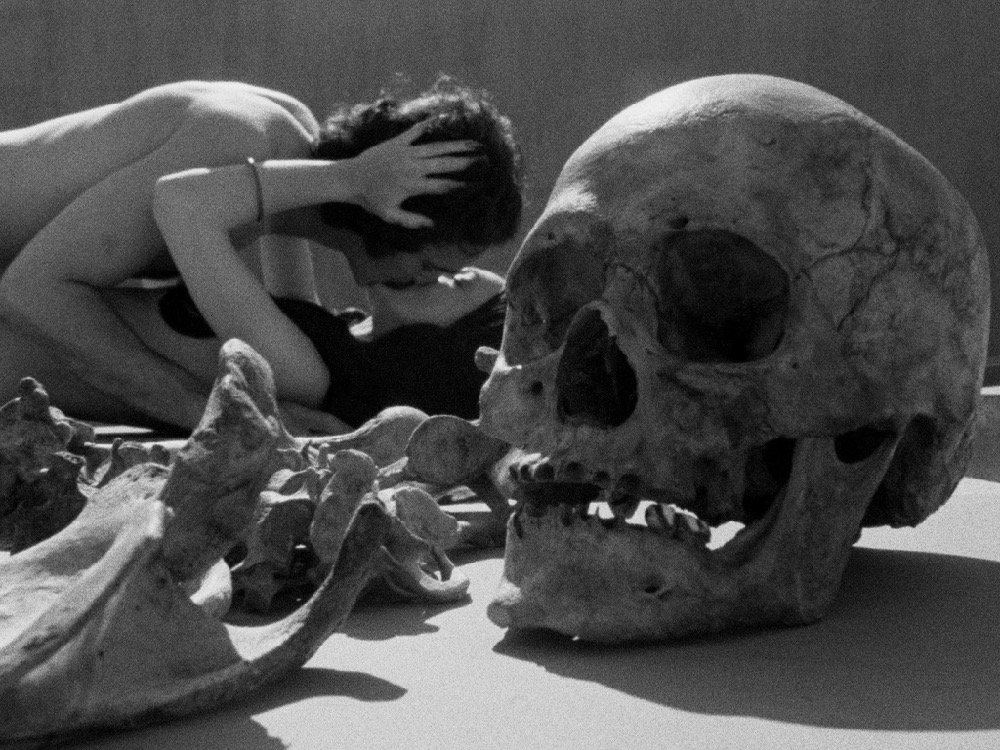 The Blood of Hussain, with Towers of Silence, is available as a BFI Blu-ray/DVD

Jamil Dehlavi is the son of a Pakistani diplomat and a non-practising French Christian, and his films bear the polyglot influences of his upbringing: as a child, he travelled extensively between Asia and Europe, becoming exposed to a range of cultures, traditions and intellectual ideas.

After studying law, he was called to the bar in England, but chose instead to study filmmaking in America. While there, he developed a highly symbolic style that infused the personal, the political and the mystical. Informed by world cinema, Zoroastrian tradition, Islamic mysticism and Pakistani politics, Dehlavi’s work is a heady mix of influences that may seem alienating to western viewers, but in fact much of his output has been funded and/or produced in Britain.

Still, Dehlavi’s work is hard to pigeonhole. In his early films, Dehlavi foregrounded the primacy of the image, but slowly he shifted gear into a more narrative-based form that, latterly, has evolved into a modern digital aesthetic.

Throughout, he’s flirted with the conventions of genre cinema, especially the thriller, and his films are not without moments of shocking violence or eroticised nudity. As such, they exist on the border between arthouse and mainstream, yet never stray into the territory of outright exploitation cinema – even though that’s how they’re sometimes marketed.

The best place to start – Born of Fire

Stemming from the first half of Dehlavi’s career, Born of Fire (1987) finds the director at once conforming to and upending the conventions of horror cinema.

The story begins in an accessible manner: in London, Paul (Peter Firth), the son of a famous flautist, is haunted by mysterious music he believes to be connected to his father. Determined to find out more, Paul travels to rural Turkey in search of the man who taught his father, the Master Musician – who, it transpires, is none other than Iblis, the Islamic equivalent of Satan. 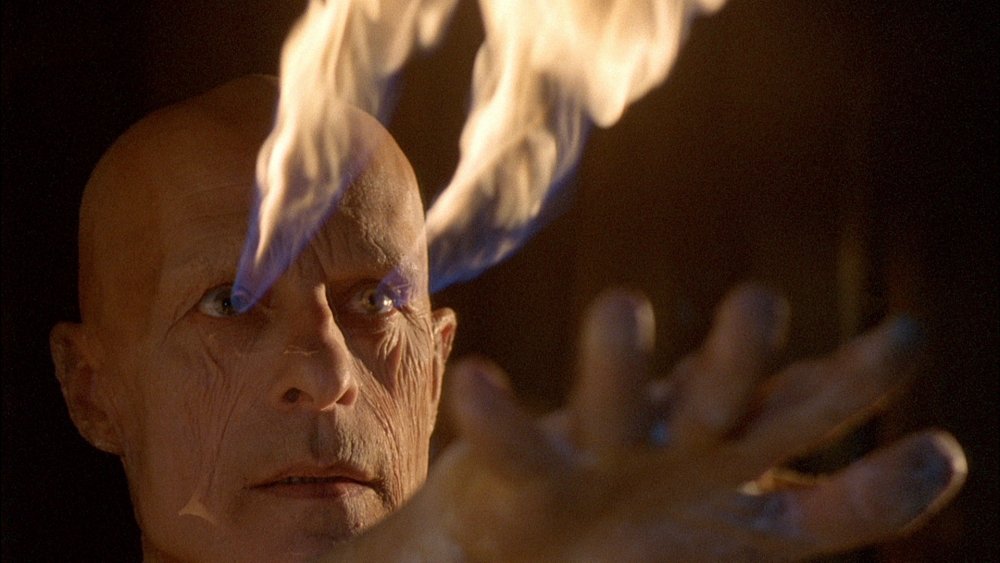 As Paul arrives in the Cappadocian hills, the film descends into a spellbinding mystic fable. Narrative begins to fade away, replaced by breathtaking location photography and nightmarish images drenched in fire – a fever dream akin to that felt by Paul.

Christian imagery has long been synonymous with horror cinema, but here Dehlavi delves into Islamic mysticism to provide us with something different – yet equally haunting. Horrifying and beautiful in equal measure, Born of Fire is not easily forgotten.

While making Born of Fire, Dehlavi shot plentiful footage of erupting volcanoes and decided to edit the material into a stand-alone short film: Qâf – The Sacred Mountain (1985). In this extraordinary paean to molten lava, Dehlavi once more evokes Islamic mysticism through the use of on-screen poetry and a surprising denouement. It’s a remarkable achievement. As a meditation on nature and the spirit, it’s Dehlavi’s most mesmerising work.

At just under an hour, Towers of Silence (1975), sits somewhere between a short and feature, but – like Qâf – creates an impact beyond its runtime. Taking its name from the structures used in a Zoroastrian funeral rite, in which flocks of vultures descend to pick clean the decaying bodies of the dead, the film’s images are perhaps more memorable than its gun-runner plot, but it nevertheless serves as the perfect showcase for Dehlavi’s poetically fluid approach to time and space. 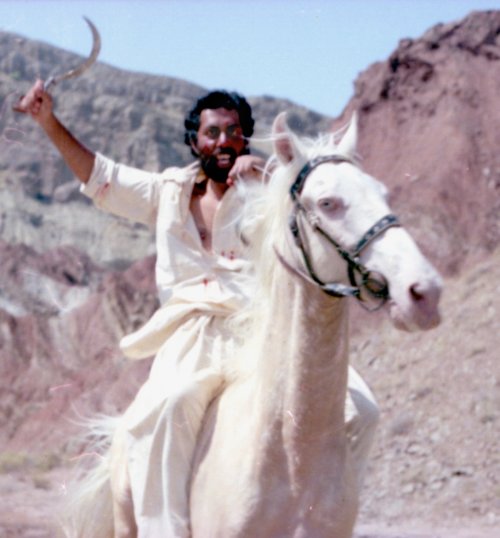 If the vultures provide Towers of Silence with its most striking moments, animals can also be found in two other immortal Dehlavi sequences: in The Blood of Hussain (1980) a horse erupts from beneath the ground, while in Immaculate Conception (1992) a transgender hijra funnels a snake into her nose and out of her mouth.

The Blood of Hussain is a tale of insurrection, in which Hussain (Salmaan Peerzada) protects the poor from the violent oppression of their military government. Made as a protest against injustice, and heavily informed by Shia passion plays, The Blood of Hussain has been seen as predicting the military coup that erupted in Pakistan just one month after the film was shot.

During the coup, Dehlavi lived in exile in England and made Born of Fire. When the situation cooled, Dehlavi returned to Pakistan to make Immaculate Conception, albeit under the auspices of UK producers Film Four. Ushering in the shift to a more narrative-led style, Immaculate Conception concerns a British couple who visit a shrine run by transgender hijras, hoping it will help them conceive. It’s a richly layered work that presents, among other things, a cultural clash between east and west – and which gives equal sympathy to both sides. 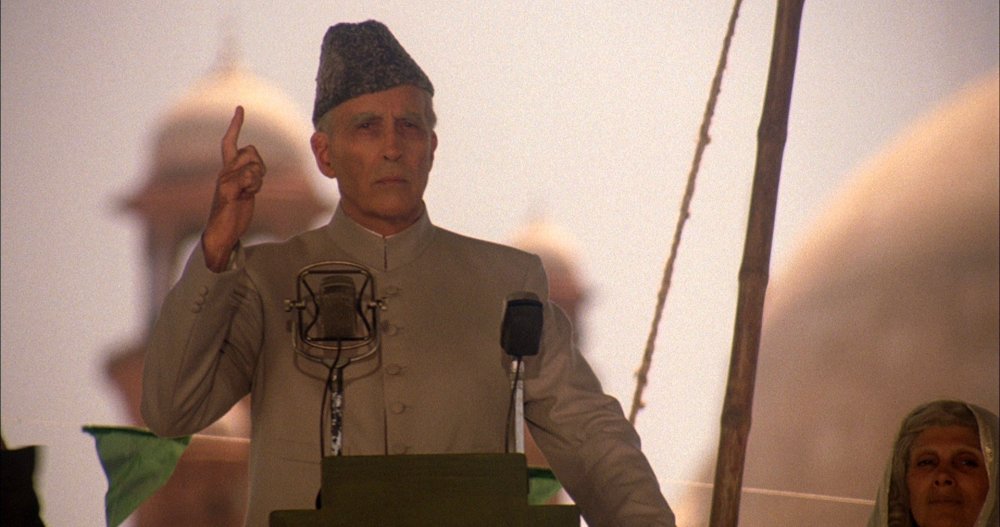 Dehlavi’s next two features, Jinnah (1998) and Infinite Justice (2006), also offered a balanced view of complicated issues – the former being a biopic of the Pakistani politician Muhammad Ali Jinnah, and the latter being the story of an American journalist held hostage by Muslim fundamentalists. Dehlavi’s sympathetic portrayals of men pushed into extreme actions reveals a refreshingly humanist viewpoint, even as his detached, artistic eye avoids sentiment or easy empathy.

If Immaculate Conception marks the shift to a more narrative-based style, Infinite Justice marks the shift toward Dehlavi’s current digital-based style. The resulting films made in this manner – Infinite Justice, Godforsaken (2010, about a fallen angel seeking redemption) and Seven Lucky Gods (2014, about the impact of a young immigrant on the lives of a couple undergoing a divorce) – are stuffed full of interesting ideas, but lack the resplendent sheen and overall intensity of the earlier works.

As such, fascinating though they are, those already familiar with Dehlavi and his interests may get more out of them than those new to Dehlavi’s unique creative world.