Where to begin with Ingmar Bergman

Your next obsession: the soul-searching cinema of Ingmar Bergman. 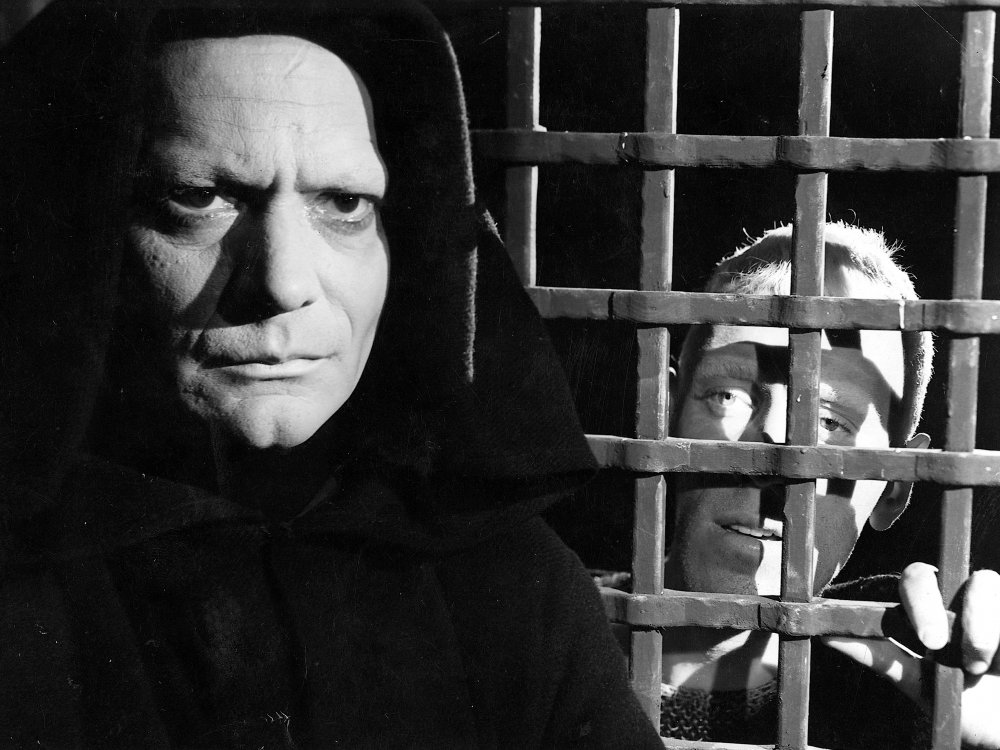 In his 59 years as a filmmaker (1944-2003), Ingmar Bergman wrote and/or directed more than 60 films. It’s a daunting figure for newcomers, but not bad going for a filmmaker who considered cinema to be merely his ‘mistress’. Still, Bergman’s long-suffering ‘wife’, the theatre, was hardly neglected: somehow, Bergman also found time to direct more than 170 plays, both in his native Sweden and abroad. Add in the fact that many of his films feature small casts speaking at length in confined locations, and it’s unsurprising that his cinema work is often criticised for being ‘theatrical’. 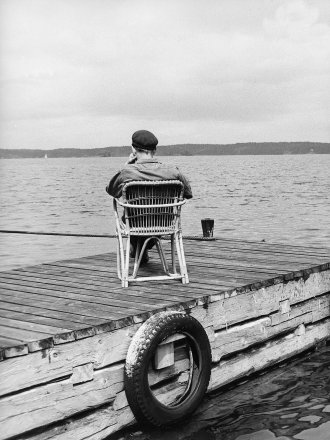 Of course, Bergman often countered this ‘theatricality’ with a playful modernism that revelled in the very medium of cinema, but even these experimental innovations might now be seen as passé. The view of Bergman as ‘outdated’ is only compounded by his exploration of a certain kind of existentialism that philosophy (and cinema) have mostly left behind. Furthermore, as the 60s wore on, his work became increasingly pessimistic and oblique, reflecting both a world which permitted such horrors as the Vietnam war, and the then fashion for authorless, ‘open texts’.

But Bergman’s work was not, and never could be, authorless: maybe more than any other filmmaker, Bergman used cinema as an exploration (or exorcism) of personal demons. His recurring themes of harsh parenting, infidelity, death, humiliation and faith were all seemingly ever-present concerns in his life. It’s perhaps this deeply personal connection that made Bergman such an expert at exploring the psyche on screen – this, and a refusal to turn away from uncomfortable truths about human nature. If Bergman’s work is hard to watch, it’s because he forces us to confront aspects of ourselves that we would rather shy away from.

Given the size, scale and quality of Bergman’s output, it’s impossible to label any one work as the definitive entry point, but Wild Strawberries (1957) certainly offers an accessible introduction to many of his key motifs and narrative devices. Here, as elsewhere, Bergman uses a physical journey – that of Isak Borg, an ageing emeritus professor driving across Sweden to receive an honorary degree – to represent an interior journey of the soul, in which self-confrontation leads to self-discovery. Bergman recounts the story using voiceover, flashbacks and dreams, all the better to draw us further into Borg’s mind. 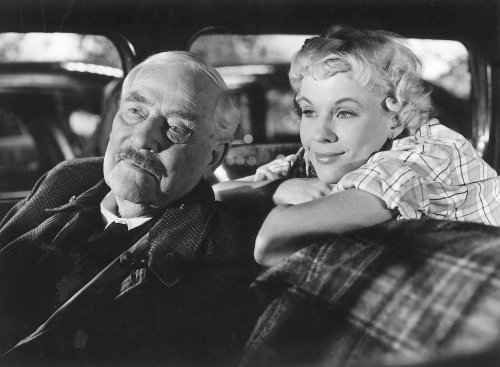 The first dream comes to us as an expressionistic nightmare, a memento mori in which Borg witnesses a crashing hearse and a coffin containing his own still-living corpse: time and again, Bergman’s characters are stalked by the spectre of death and encroaching old age. The dream is wordless, reflecting Bergman’s love of silent cinema (and Borg, of course, is played by Victor Sjöström, one of the great directors of the silent era and a former mentor of Bergman’s).

Borg is accompanied on his journey by Marianne (Ingrid Thulin), wife of his estranged son Evald (Gunner Björnstrand). Along the way they pick up a trio of young hitchhikers and a bickering middle-aged married couple. Like many of Bergman’s lovers, the latter humiliate each other in heated, vitriolic exchanges, while Marianne recounts Evald’s descent into cynical misanthropy – presented here as the end result of parental coldness. Thankfully, the young hitchhikers offer Borg a note of grace, inciting memories that allow him to confront his past and work towards a sense of reconciliation, both with himself and with his son. In all, the film remains one of Bergman’s warmest and most touching works. 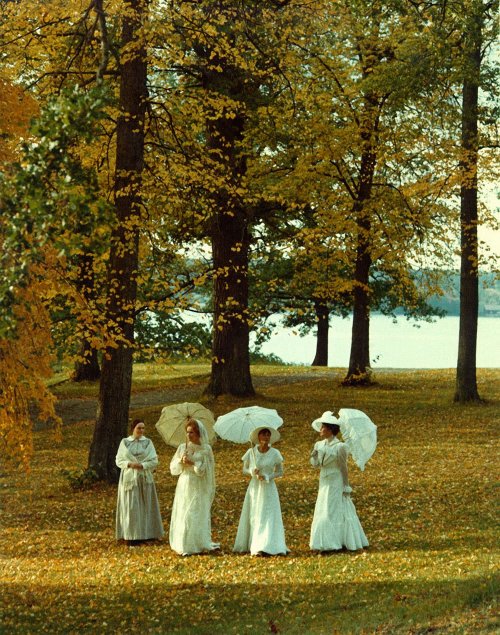 Although the trio of young hitchhikers argue briefly, almost comically, about God, the larger questions of faith remain beneath the surface of Wild Strawberries. Those looking for a more explicit exploration of this famous theme of Bergman’s could try the medieval pageantry of The Seventh Seal (1957) and The Virgin Spring (1960): in the former, a knight attempts to perform at least one meaningful deed before he dies, while in the latter a father enacts a bloody revenge upon three goatherds who have raped and murdered his daughter.

From there, a logical next step would be the so-called ‘Trilogy of Faith’, comprising Through a Glass Darkly (1961), Winter Light (1963) and The Silence (1963), in which Bergman continued to grapple with God’s enduring silence.

Meanwhile, those seeking further exploration of tortured family dynamics could continue with Cries and Whispers (1972), about a dying woman and her two sisters; Autumn Sonata (1978), about a mother’s visit to her estranged daughter; or Fanny and Alexander (1982), about two children and the efforts of their mother, uncles and grandmother to protect them from their new, wicked stepfather.

For those more interested in tales of humiliated lovers and infidelity, Sawdust and Tinsel (1953) or Scenes from a Marriage (1973) offer a good way forward. Alternatively, Smiles of a Summer Night (1955) and A Lesson in Love (1954) offer lighter takes on the same themes, and serve as a good reminder that, despite his serious reputation, Bergman made a number of successful comedies.

Finally, from the later, serious work, one should also be sure not to miss the masterful Persona (1966), about a nurse caring for an actress who retreats into a state of total silence, and Shame (1968), about a married couple struggling to survive as a savage, unnamed war rages all around them. 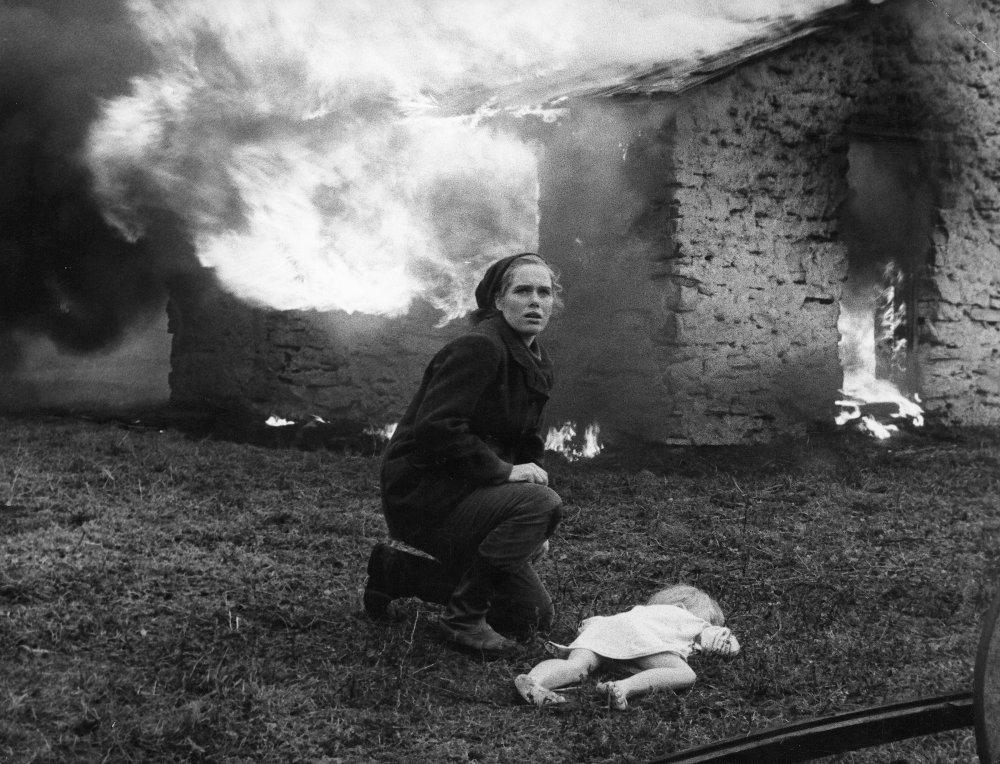 In 1976 Bergman was arrested and charged with income tax evasion. Though later exonerated, the effect was profound: Bergman suffered a nervous breakdown, was hospitalised for depression, and temporarily fled into self-imposed exile in Germany. While there, Bergman made two of his bleakest and most pessimistic works: The Serpent’s Egg (1977), about a Jewish man living in the hostile world of 1920s Berlin; and From the Life of the Marionettes (1980), which psychologically probes the murderer of a prostitute. Bergman would later acknowledge the former as an “artistic failure”, but said the latter “belongs among my best films, an opinion shared by few”. If, in truth, it’s one of his most richly textured portraits of the human psyche, it’s also desolately bleak and best approached with caution.

Related to Where to begin with Ingmar Bergman