Where to begin with Gregg Araki

Your next obsession: the radical, queer youth movies of Gregg Araki 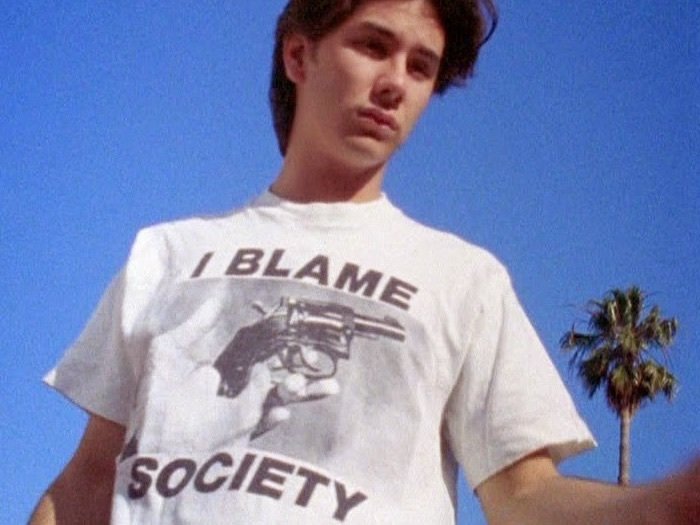 Gregg Araki movies come peppered with beautiful people, bold fashion statements, tongue-in-cheek humour and overt pop culture references. Yet behind it all there is a strong personal and political conviction, as he responds to homophobia or confronts backward attitudes. His radical films speak to the outsider spirit, rejecting heterosexuality as the norm.

Over the course of his more than 30-year career, which includes a back catalogue of 11 cult feature films, Araki has always been ahead of the curve. Along with directors such as Todd Haynes, Sheila McLaughlin and Tom Kalin, he was celebrated as part of the 1990s New Queer Cinema, with his films seen as a reaction against both the political climate and mainstream cinema of the time with their unapologetic depictions of LGBTQ characters.

“I try to make movies that I love… that I’m passionate about and that I’m proud of,” explained Araki, whose fiercely independent films present a smorgasbord of sexual identities. He wears influences such as Jean-Luc Godard and David Lynch on his sleeve, and his output is regularly scorched with extreme violence, teen angst, drug taking, nihilism and experimentation. Music is integral, with alternative bands such as the Cocteau Twins, Slowdive, Bikini Kill or This Mortal Coil providing songs or specially written scores.

Araki calls Los Angeles home, and the city has acted as his playground for the majority of his film career. Amid the billboards, bright lights and murals, it’s a place where his lost characters go in search of meaning. His disillusioned youths hang out in hip cafés, laze around in strikingly decorated bedrooms, engage in wild sexual encounters and thoroughly embrace their friendships with one another.

Watched today, his films resonate as formally daring time capsules of youth culture. His latest project is TV series Now Apocalypse, which features music from Years & Years and plays out as a queer Sex and the City.

The best place to start – The Teenage Apocalypse trilogy

James Duval (who first met the director in a café) is a face you will see pop up in the bulk of Araki’s work. He appears in each part of his daring ‘Teenage Apocalypse’ trilogy, along with a cornucopia of teen pinups, such as Shannen Doherty, Ryan Phillippe, Rose McGowan and Heather Graham. 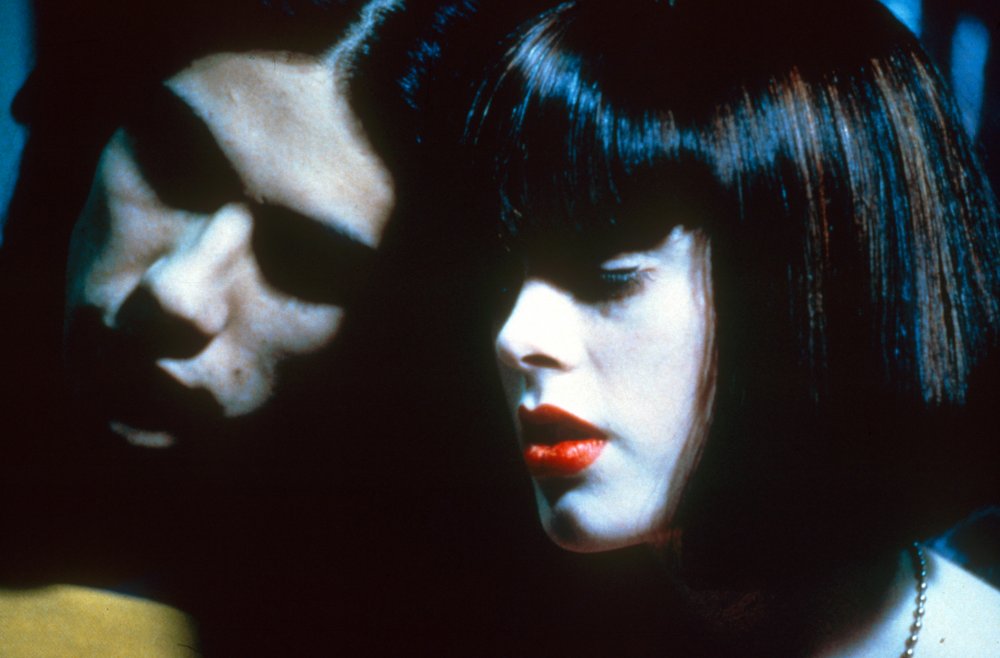 The first of the three films, Totally F***ed Up (1993), brutally addresses moral panic at AIDS, youth alienation and the high suicide rate among gay teens. The next, The Doom Generation (1995), is a road trip to hell, or across the American freeways, where gun-toting, self-righteous bigots aim their sights on a trio of lovers on the lam. The final film, Nowhere (1997), captures the high-school experience for a group of teenagers on a sexual odyssey. It explicitly illustrates their risqué endeavours at the same time as it skewers the acceptable face of heterosexual adoration and reveals the ugly effects of toxic masculinity. Araki described it as “A Beverly Hills 90210 episode on acid.” 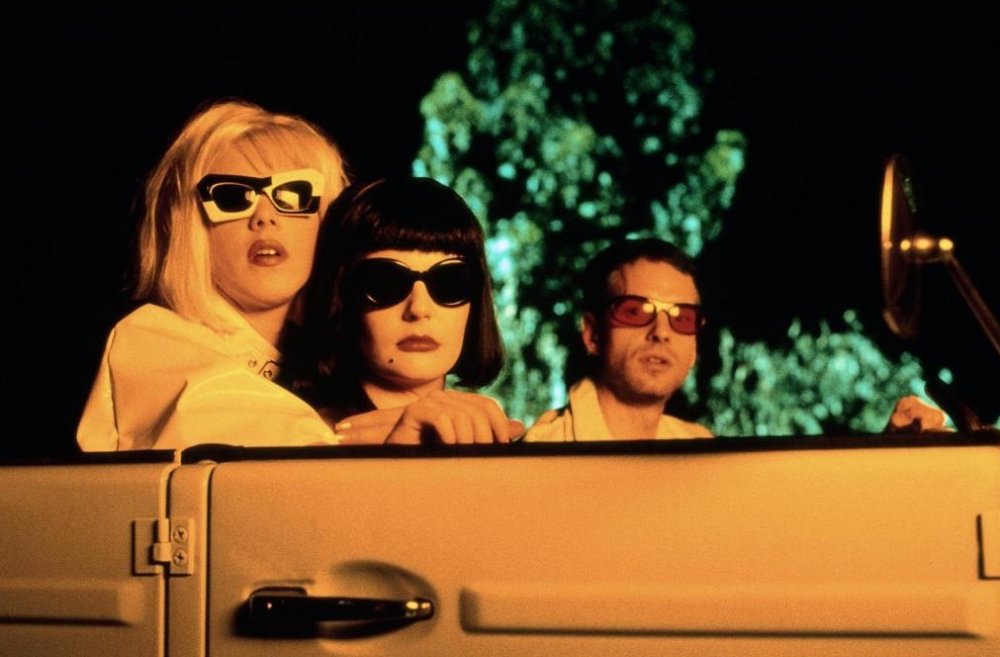 John Waters is a huge fan of the way Araki seamlessly blends anger and humour, and their films have a lot in common – especially when it comes to their shock value and contempt for society.

Perhaps the best known of Araki’s films is his sensitive adaptation of Scott Heim’s novel Mysterious Skin (2004), which is unflinching in its portrayal of predatory, grooming behaviour and the effects of sexual abuse on two young men’s lives. Joseph Gordon-Levitt gives an unforgettable performance as a sex worker who has come to terms with what life has dealt him, while Brady Corbet plays a man obsessed with alien abduction as a result of memory loss from his childhood. Their harrowing experiences intertwine with a powerful finale lamenting their stolen innocence.

The Living End made waves at Sundance in 1992 where it was nominated for the Grand Jury Prize. It spoke specifically to a doomed generation who had lost confidence in the US government. Following the failure of the Reagan administration to take action against the AIDS epidemic, Araki shoved a hedonistic road trip in the world’s face as angry provocation. It follows two HIV-positive guys going on the run to destructive ends, Araki raging for those let down by homophobic attitudes and a system that didn’t seem to care if they lived or died. 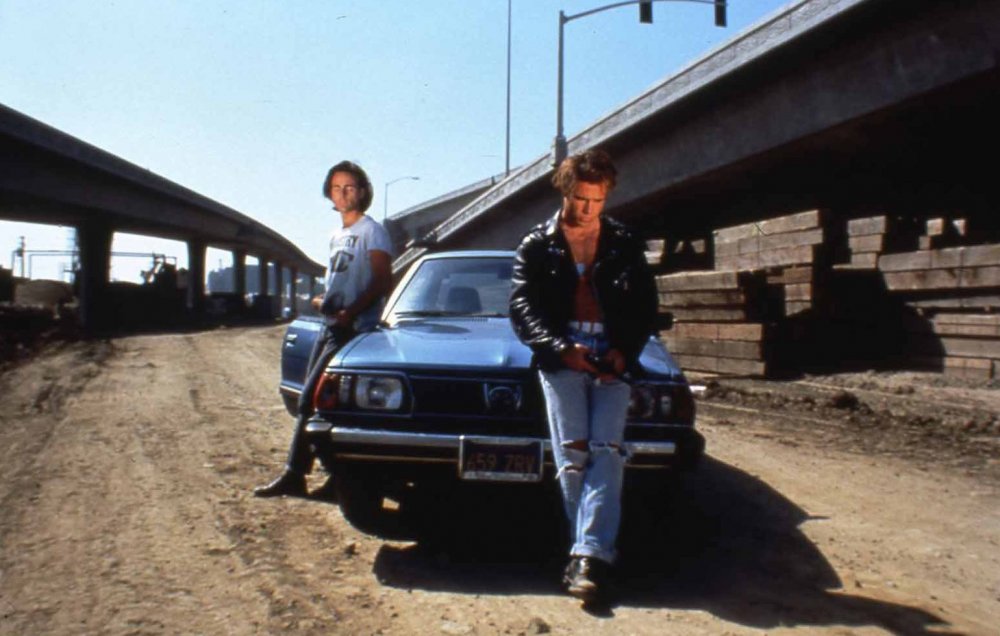 Another crucial stop-off on your trip through Araki’s work is Kaboom, which won the first ever Queer Palm at the Cannes Film Festival in 2010. It’s an amalgamation of many of the themes seen in Araki’s work, and the release he says bears the most resemblance to his college experiences… though with way more sex.

Smiley Face (2007) came out of the blue as Araki’s follow up to Mysterious Skin, with the director quickly shifting gears from dark themes to a hilarious stoner comedy. Unusually for an Araki film, it doesn’t feature any of his trademark explicit sexual encounters or violence, though his off-kilter humour is most certainly present, with Anna Faris playing a befuddled dope fiend, Roscoe Lee Browne providing the voice inside the stoner’s head and a wacky narrative about Marxism playing out.

As Araki himself said: “One of the things I’m really happy with about my work is that it’s kind of all over the place. My movies are very different from each other.”