Where to begin with folk horror

Your next obsession: the haunted landscapes of ‘folk horror’. 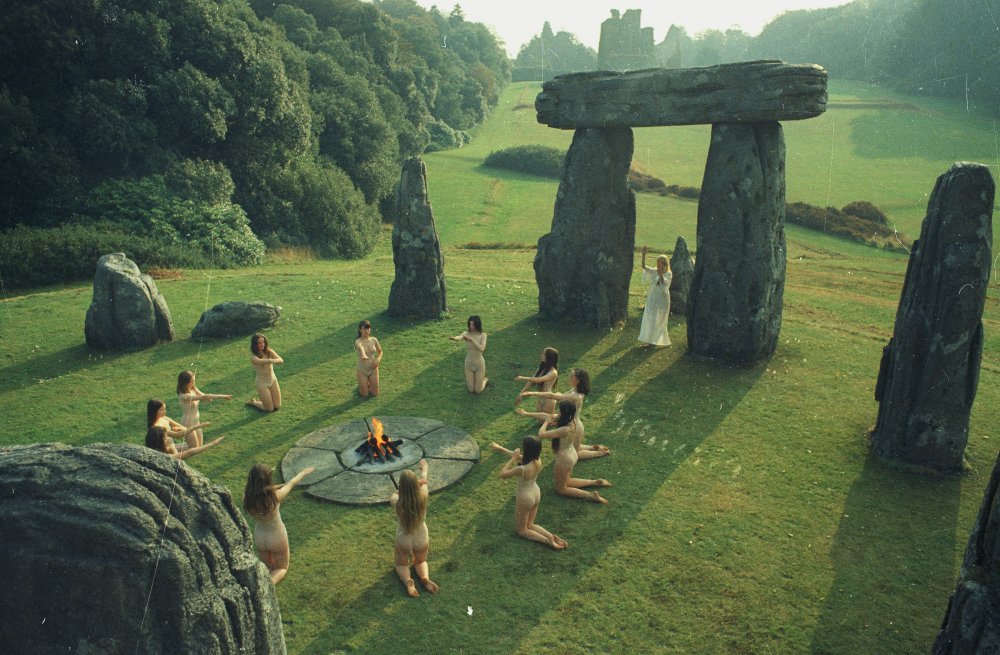 Unlike other sub-genres, folk horror’s very form is difficult to convey. Despite what its simplistic description implies – from the emphasis on the horrific side of folklore to a very literal horror of people – the term’s fluctuating emphasis makes it difficult to pin down outside of a handful of popular examples.

The term first came to prominence in 2010 when Mark Gatiss used it as an umbrella theme to describe a number of films in his A History of Horror documentary for BBC4. Yet the term was used in the programme in reference to an earlier interview with the director Piers Haggard for Fangoria magazine in 2004, in which Haggard suggests of his own film Blood on Satan’s Claw (1971) that he “was trying to make a folk horror film”. 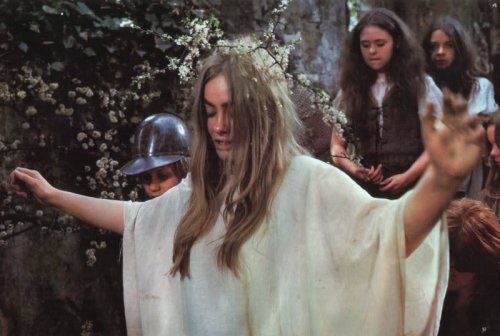 Since then, the term has spiralled out, largely thanks to social media and digital platforms, to include a huge variety of culture, from silent Scandinavian cinema, public information films and the music of Ghost Box records to writing by the likes of M.R. James, Susan Cooper and Arthur Machen. It is the evil under the soil, the terror in the backwoods of a forgotten lane, and the ghosts that haunt stones and patches of dark, lonely water; a sub-genre that is growing with both newer examples summoned almost yearly – for example, Ben Wheatley’s Kill List (2011) and A Field in England (2013), Paul Wright’s For Those in Peril (2013) and Robert Eggers’ The Witch (2015) – and older examples returning from beneath the furrows like the return of the repressed.

The best place to start – The ‘Unholy Trinity’

Appropriately, for a genre heavily connected with folklore, folk horror has developed its own set of folkloric ideologies. The most interesting of these is the reverence for a trilogy of British films made at various spectrums of the counterculture era; high in the heady days of the late 1960s, to the last dying embers of optimism in the early 1970s. Ironically, however, the films actually invert this principle, opening with its most nihilistic entry in 1968 and finishing with its most optimistic (albeit skewed) example in 1973. 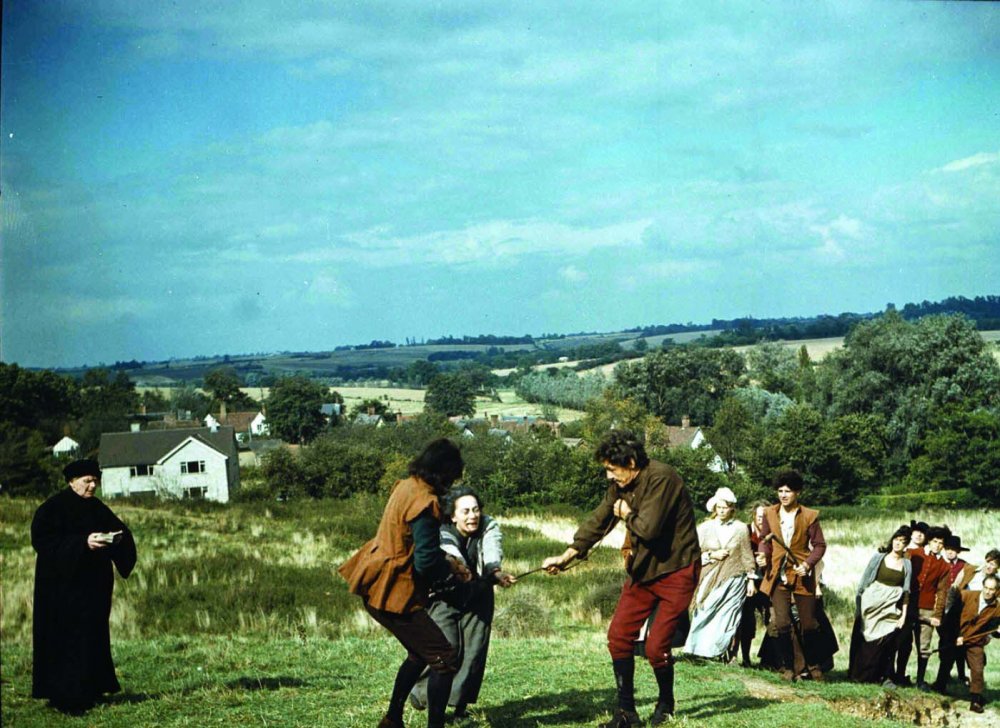 The trilogy, now often known under the banner of the ‘Unholy Trinity’, consist of Michael Reeves’ Witchfinder General (1968), Piers Haggard’s Blood on Satan’s Claw and Robin Hardy’s The Wicker Man (1973). Though their imagery has since defined all things “olde” and “wyrd” about Britain (see the cover of Sight & Sound, August 2010), it is in their narratives where folk horror becomes defined. All three films work through an emphasis on landscape which subsequently isolates its communities and individuals, skewing the dominant moral and theological systems enough to cause violence, human sacrifices, torture and even demonic and supernatural summonings. The trilogy follows an alternative vision of Albion, unearthing a darker past often kept on its little-visited, uncanny copse-ways.

Though initially defined by its cinematic canon, folk horror’s strongest examples are arguably found in British television from the 1960s and 1970s. The ever-unnerving BBC Ghost Stories for Christmas, largely (but not exclusively) adapted from the writing of M.R. James, is an excellent series to gauge where folk horror can draw the line with the gothic; from the vast East Anglian nightmares of Jonathan Miller’s Whistle and I’ll Come to You (1968) and Lawrence Gordon Clark’s A Warning to the Curious (1972), to Clark’s later, more human-based nastiness in Lost Hearts (1973) and The Ash Tree (1975). 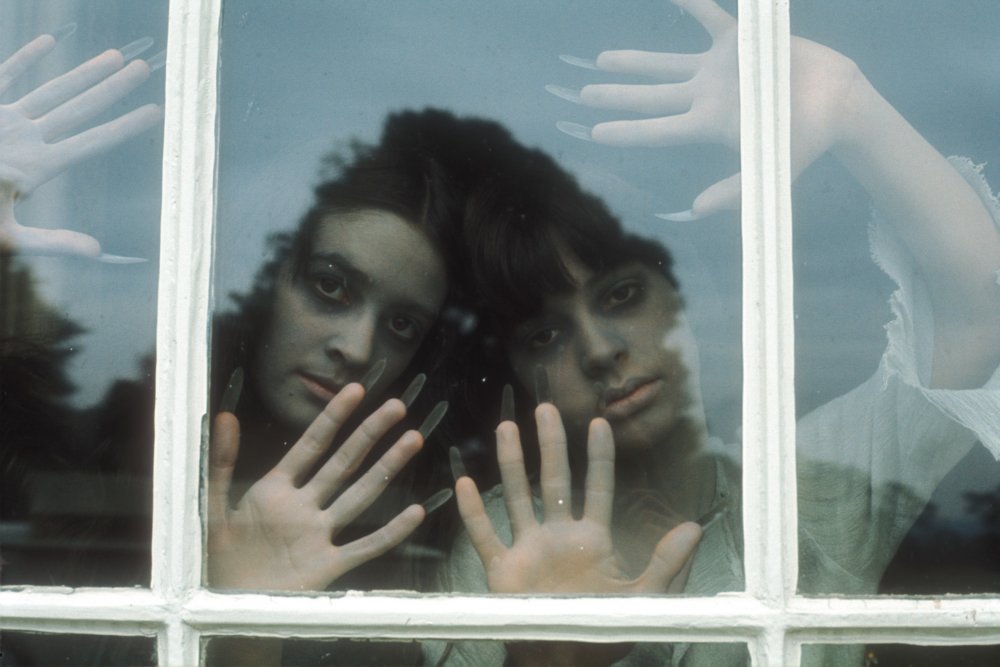 Of equal menace are a number of episodes of the BBC drama strand Play for Today, with plays such as John Bowen’s Robin Redbreast (1970) and A Photograph (1977), David Rudkin’s Penda’s Fen (1974) and Alan Garner’s Red Shift (1978) all attaining a sense of folk horror’s general macabre. In these, the topography of the landscape slips temporally as well as geographically, the older ways of communities past still thrive in England’s soil, and the supernatural terrain adjusts violently to the Ballardian developments of experimental urbanity and motorways. 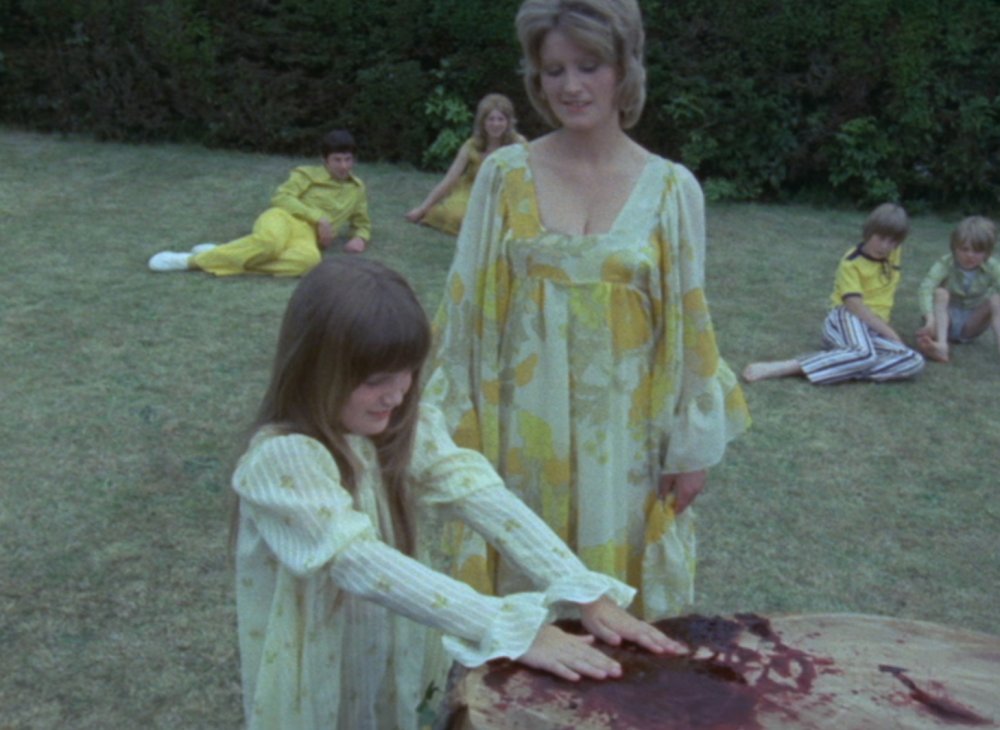 All of these examples were produced for the BBC, but ITV’s various sub-strands produced equally unnerving forms of folk horror, some of which have arguably remained more in the memory of those who watched them as they were largely aimed at a younger audience. Programmes such as the Alan Garner adaptation The Owl Service (1969), the terrifying seven-part series Children of the Stones (1977) and the Herbert Wise television adaptation of Susan Hill’s The Woman in Black (1989) are only a handful of the many great folk horror runes cast by the channel.

The Woman in Black’s screenplay was by Nigel Kneale, whose monumental output also produced many of folk horror’s key staples. Whether it be either the Hammer film version (1967) or the original BBC series (1958) of Quatermass and the Pit; The Stone Tape (1972), a one-off hauntology play for the BBC; the ‘man vs nature’ series Beasts (1976); or his harridan episode of Against the Crowd, ‘Murrain’ (1975), Kneale produced an array of folk horror using the past to channel present paranoia with the most intense of results. 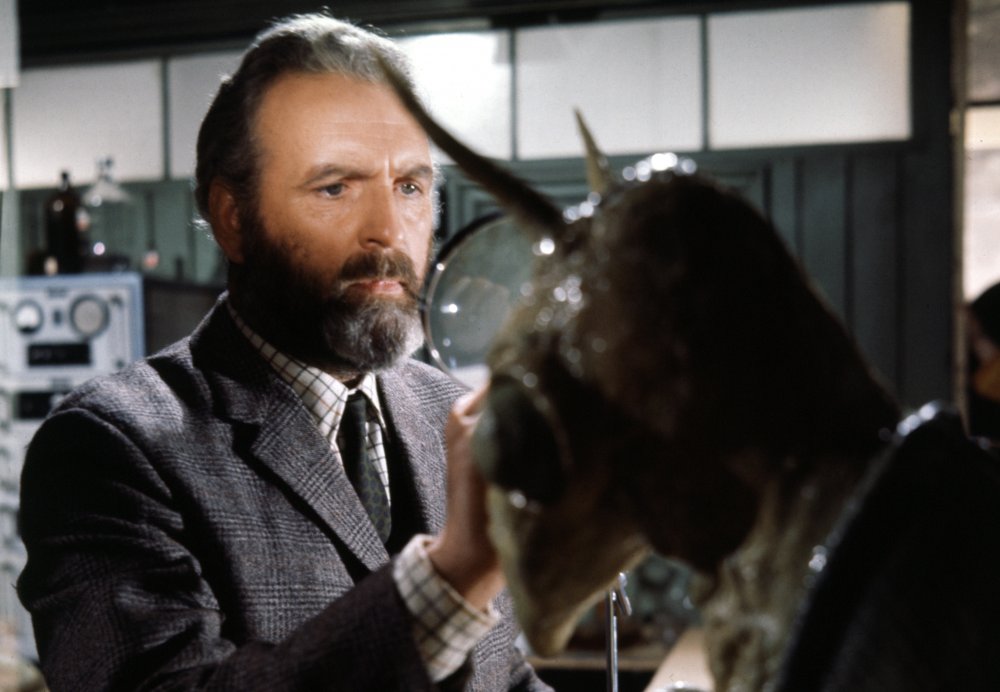 Some of the wider paraphernalia produced in 1970s popular culture perhaps sits a little oddly in folk horror, especially the popularity of the public information films made in Britain during the decade as various warnings against domestic dangers. As wonderful as paranoid artefacts such as Jeff Grant’s The Spirit of Dark and Lonely Water (1973), John Mackenzie’s Apaches (1977) and John Krish’s The Finishing Line (1977) undoubtedly are, they are most definitely not the best place to begin exploring the genre as they require some fluency in the very ‘occulture’ of folk horror and 1970s esoterica to fully appreciate how unnervingly household they are. Their strangeness comes from the surrealism of more pulp ideas finding traction and even normality in the banal, everyday edge-lands of 1970s Britain.