Where to begin with Federico Fellini

Your next obsession: the exuberant extravaganzas of Federico Fellini 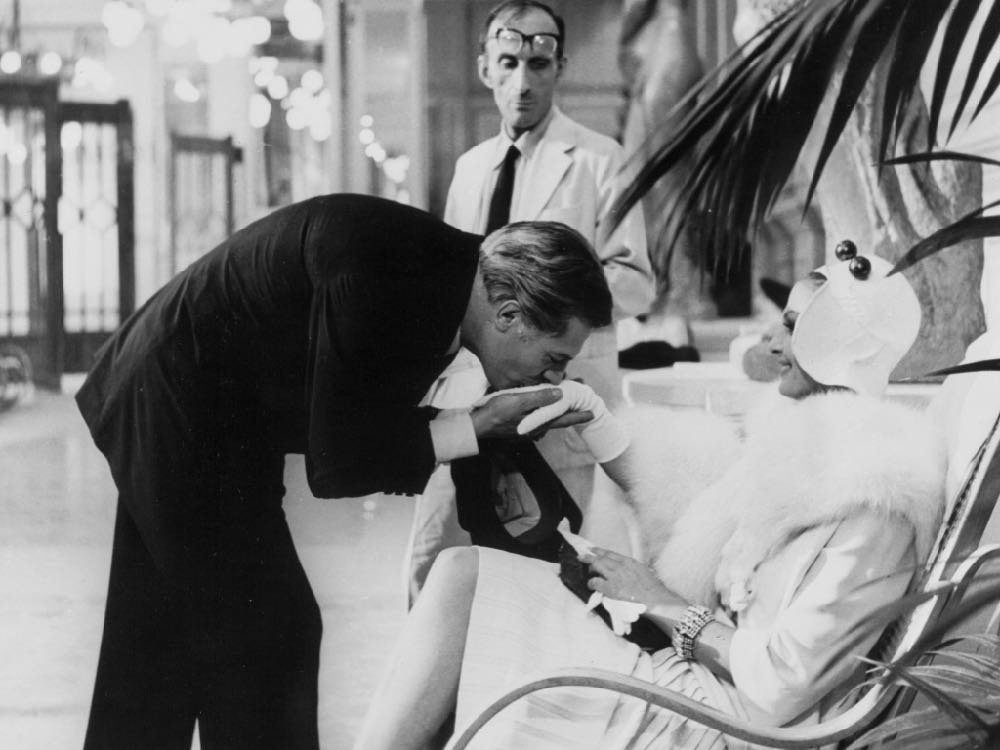 Federico Fellini – even his very name conjures thoughts of grandiose, important cinema, the kind screened at university courses and talked about reverentially by cineastes. It’s become immortalised in the neologism ‘Fellini-esque’, a term now used frequently to denote the kind of flamboyant, larger-than-life filmmaking that he perfected, and which has influenced so many major directors: Woody Allen, Terry Gilliam and Tim Burton among them.

Born in Rimini, Italy, a century ago, he became one of cinema’s essential auteurs, and one of the biggest names in world cinema of the 20th century. But if that makes tackling his work seem a little overwhelming for the uninitiated, it shouldn’t. In fact, Fellini’s towering reputation rests on the shoulders of an artist who loved to entertain, someone who put on lavish spectacles designed to induce awe in its audiences, and who told stories designed to tug at our emotions.

Unlike many of his Italian contemporaries, such as Michelangelo Antonioni and Pier Paolo Pasolini, he was not committed to particular political ideals or philosophical concerns. With a background as a cartoonist and an enduring love of the circus, ‘low culture’ informed his films, which were always so full of life and characterised by a warm humanity. 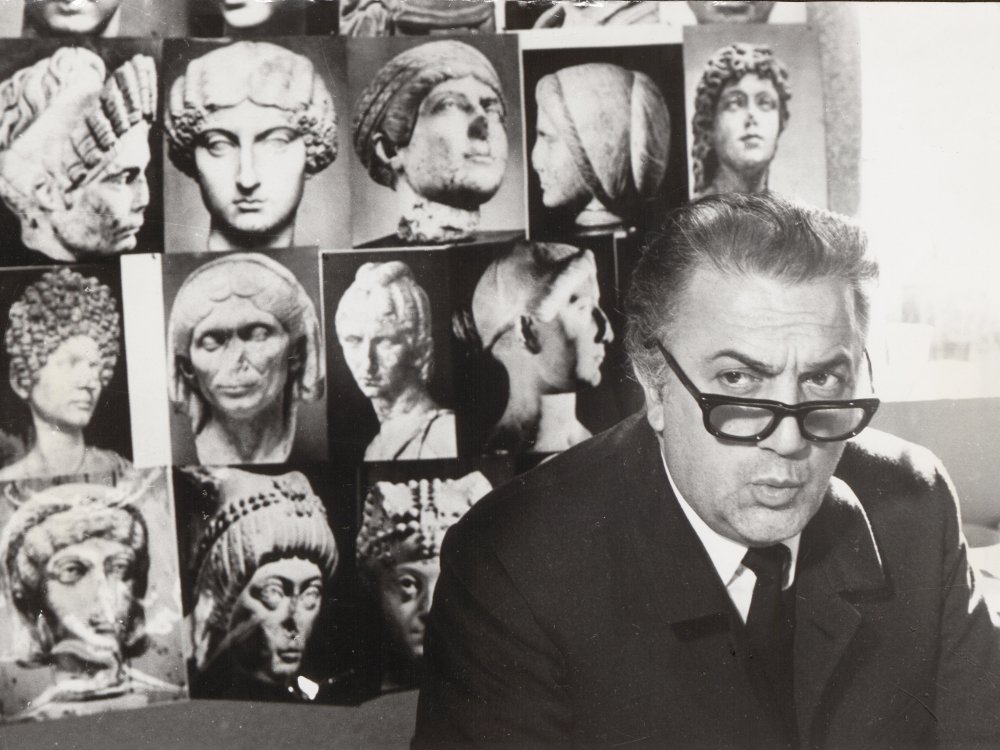 None of which is to say that his work does not appeal at an intellectual level. Weighty themes and ideas inform his films, and he always had his finger on the pulse of contemporary Italian society. But his approach to filmmaking was always to keep it personal. “Even if I set out to make a film about a fillet of sole, it would be about me,” he once remarked, and indeed he draws upon a range of experiences, from his provincial upbringing to his own dreams.

Above all, it’s the pizzazz, the carnivalistic excess of his filmmaking that really stands out; the way his eye for an image, the restless, constant motion of his camera and regular composer Nino Rota’s poignant scores all combine to express such a distinct point of view, like that of a wide-eyed child catching their first glimpse of some new wondrous spectacle.

Although he’d become best-known for his extravagant style, Fellini cut his teeth in the neorealist era of the 1940s and 50s, when Italian filmmakers broke new ground for realism on screen, taking their camera onto the streets to document the social realities of life after the Second World War. He worked with Roberto Rossellini at the dawn of his career to write screenplays for two landmarks of the movement, Rome Open City (1945) and Paisà (1946), and stuck to many of its conventions in his early films as director, including the light romantic comedy The White Sheik (1952) and bittersweet provincial tale I vitelloni (1953). But frustrations with the form’s constraints prompted him to pursue a different artistic direction. 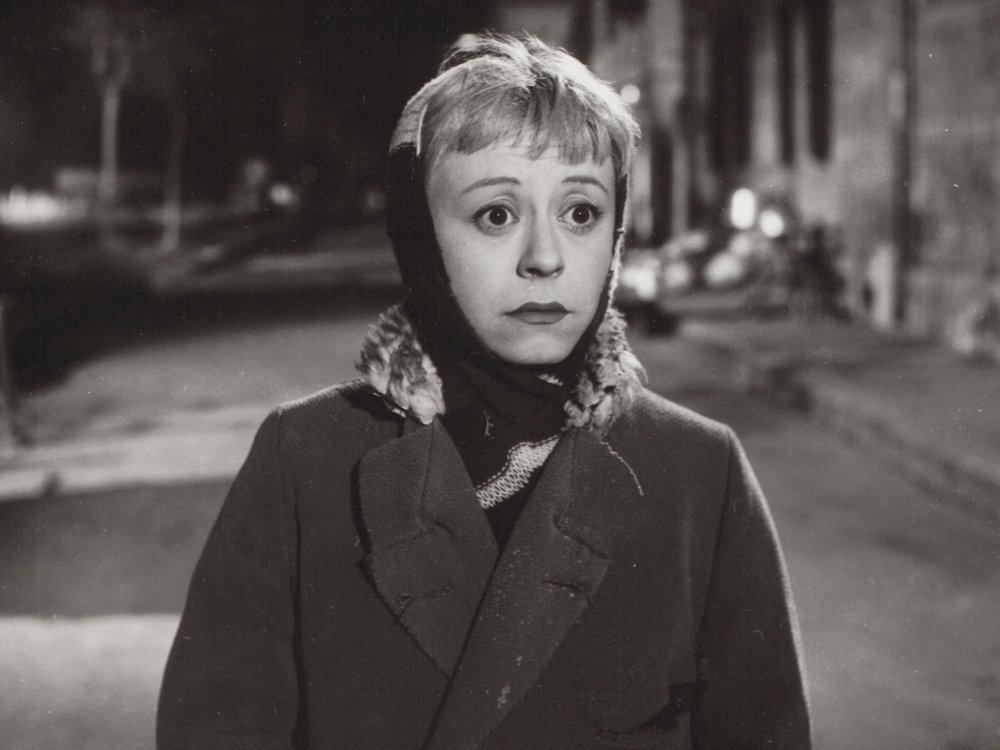 This makes 1954’s La strada a great first Fellini choice, as it bridges the divide between the neorealist tradition and the distinct style that Fellini would develop. In many ways it sticks to the framework as a socially conscious parable that tells the story of the downtrodden in society, but its main characters are specific, quirky individuals (Fellini’s wife Giulietta Masina as an innocent waif, and Anthony Quinn as her abusive strongman-performer husband) rather than ciphers for the working class. And while its settings are an outwardly gritty and down-to-earth succession of Italian hinterlands, everything is infused with the whimsical atmosphere of a fairytale.

Critics were far from universal in their praise, with leftist reviewers attacking it for not being sufficiently explicit politically. These days, however, it’s recognised in all its strange, tender, sad, poetic glory, an early example of the road movie that builds to an emotionally devastating conclusion.

With La strada as your grounding, waste no time in getting to Fellini’s two most famous masterpieces: La dolce vita (1960) and 8½ (1963). It’s in these two films that Fellini really pushed his creativity to the limit, embarking on huge, ambitious canvasses that redefined what cinema was capable of.

With a sprawling, episodic structure that’s plays more like a spiralling modern-day equivalent to Dante’s Inferno than a straightforward linear narrative, La dolce vita is at once a raucous, intoxicating impression of the ‘sweet life’ enjoyed by hedonistic tabloid journalist Marcello (played by the great Marcello Mastroianni) during the economic miracle of post-war Rome, and a damning critique of that lifestyle’s decadent spiritual emptiness. 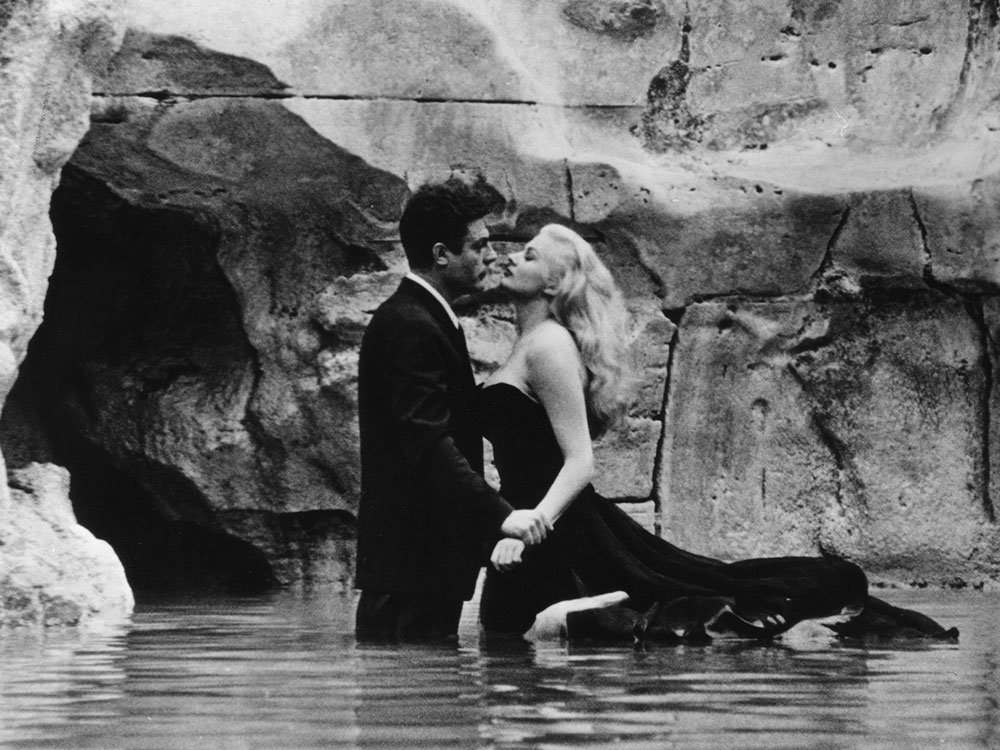 Along the way it dazzles us with some of cinema’s most indelible images, from a helicopter carrying a statue of Jesus over the city, to, most famously, actress Anita Ekberg wading in the Trevi Fountain.

8½ is arguably an even more extraordinary accomplishment, especially as it emerged triumphantly out of a period of creative block after the huge success of La dolce vita. Fellini’s solution was to make creative block his subject, with Mastroianni starring again, this time as a surrogate director struggling with the inspiration to get his next project off the ground.

A film about filmmaking that’s become a huge favourite among filmmakers in particular, this masterpiece saw Fellini emptying the contents of his boundless imagination for a breathless extravaganza that freewheels between evocative biographical memories, surreal fantasy dream sequences and the chaotic hustle and bustle of the film industry in Rome.

Nothing Fellini went on to make would be quite so successfully experimental, but there are plenty of other exceptional works to relish. Amarcord (1973), in particular, is a gorgeous, heartfelt ode to his upbringing and the eccentric townsfolk he remembers from his childhood. 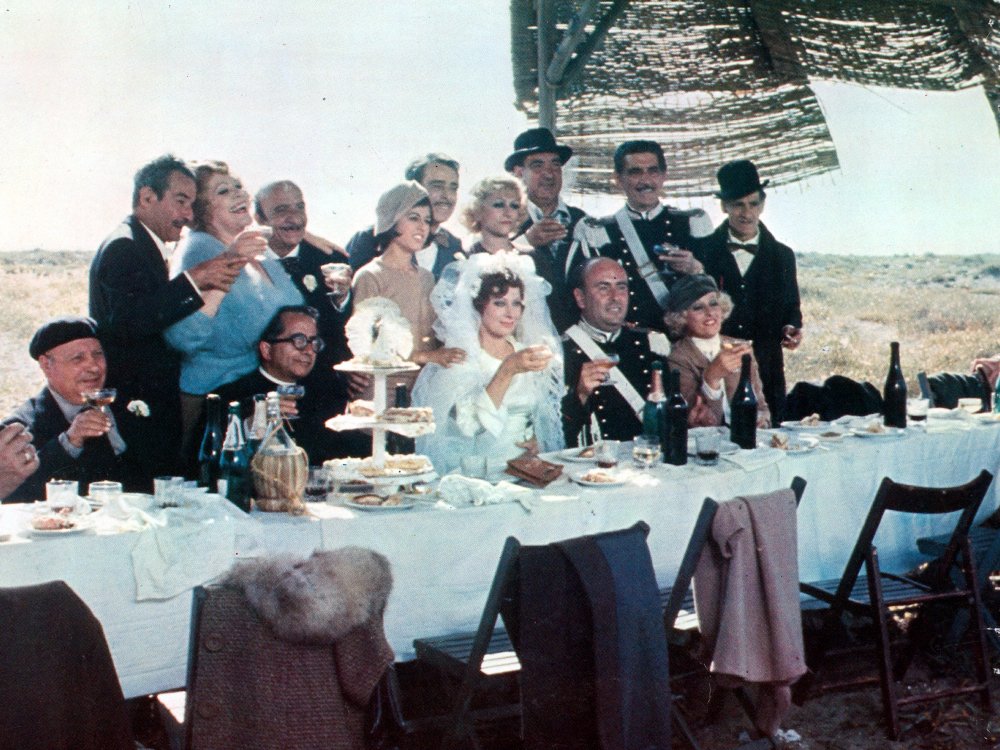 Juliet of the Spirits (1965), his first colour feature, matched the audacity of Fellini’s most famous work, and is a visual feast of dazzling, lurid primary colours, even if the externalised dreams and fantasies of a put-upon wife (played by Giulietta Masina) aren’t quite as convincing as the those of the director’s male protagonists. 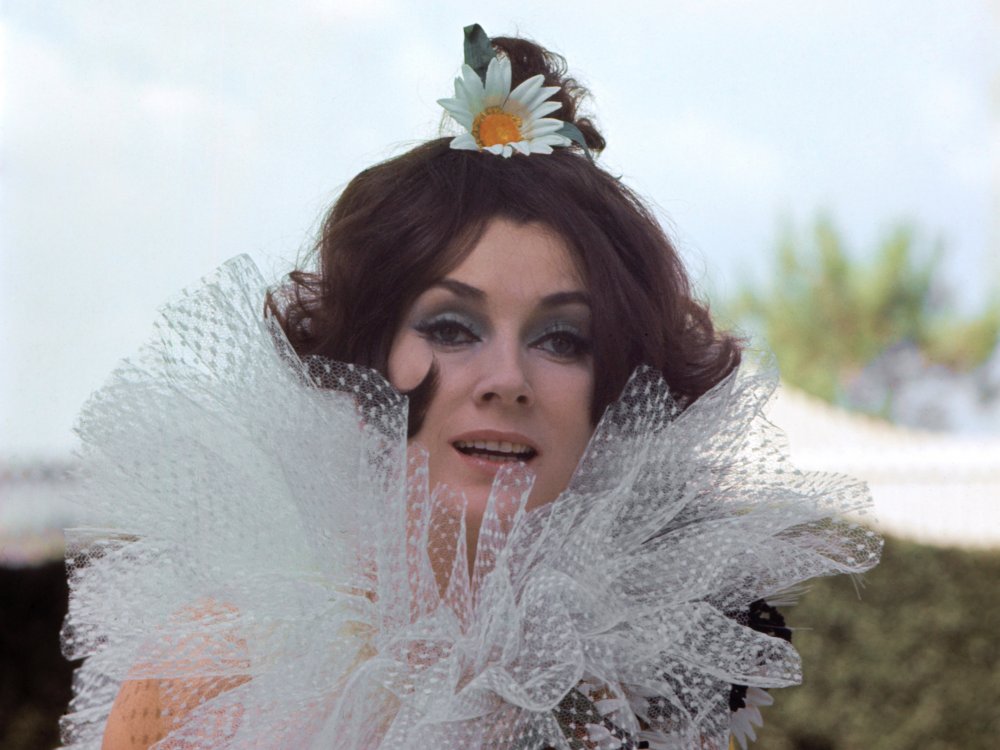 Masina also gets a starring role in Nights of Cabiria (1957), and gives perhaps her most indelible performance as a spirited, down-on-her-luck prostitute, in another must-see film that exemplifies Fellini’s magical touch for finding hope and transcendence in the bleakest of circumstances. 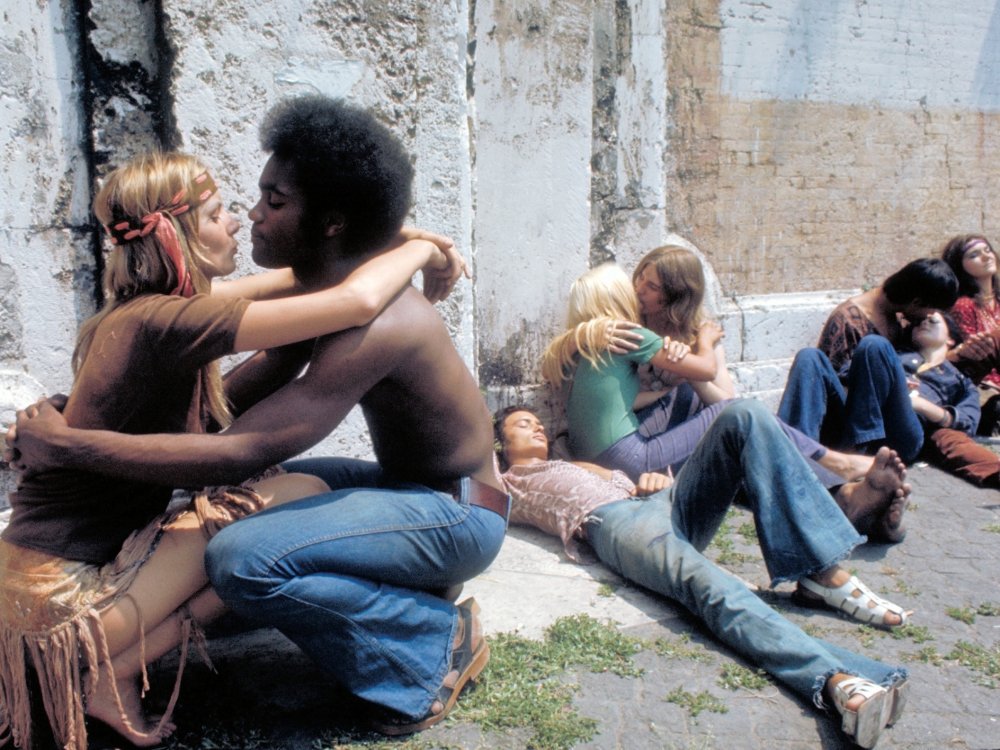 With his celebrity ensured, at the time of release many of the later Fellini movies included his own name as a prefix in the title. As a rule, these films – including his loving tribute to the Italian capital, Roma (1972), an excursion into the same city’s ancient past with Fellini Satyricon (1969) and the period piece Casanova (1976), starring Donald Sutherland as the legendary lover – are challenging, often inscrutable experiences. Yet, open-minded viewers may discover profound beauty in their wild, untethered indulgences.