Where to begin with city symphonies

Your next obsession: the dizzying urban documentaries known as city symphonies 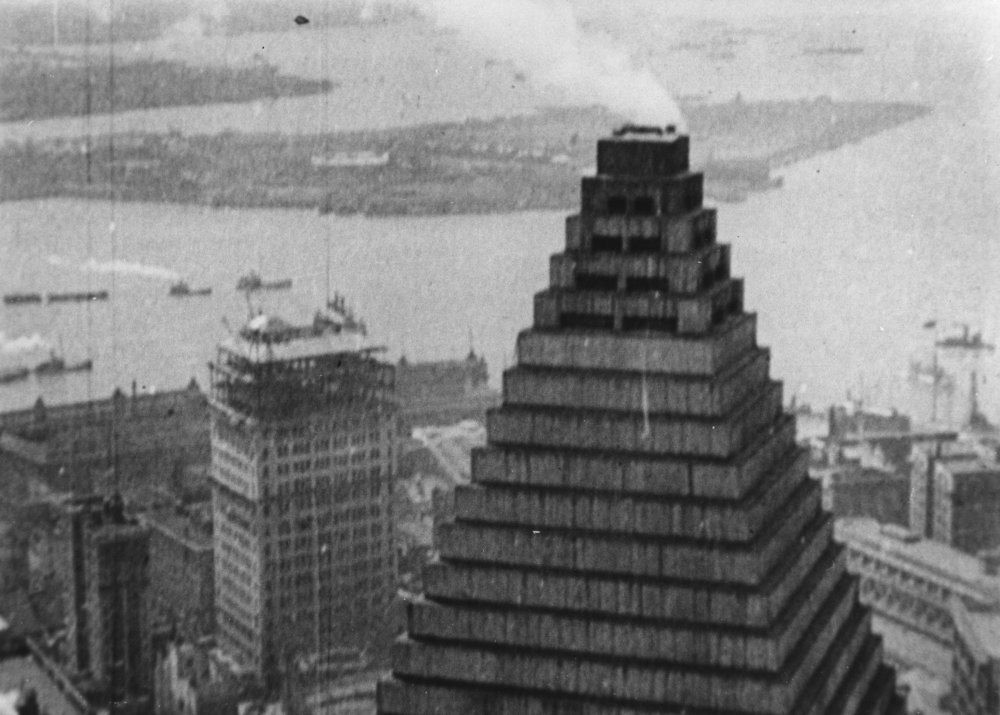 The city symphony is an unusual genre, which belongs almost entirely to just one decade: the 1920s. It’s a divided genre too. These silent films could celebrate the splendours of modernity or castigate the decadence and the degradation of urban life. Occasionally they do both. These urban documentaries have no stars, no characters and no plot. Their structure is borrowed from the movements and motifs of orchestral symphonies or the hours of the day, rather than the dynamics of narrative pacing. 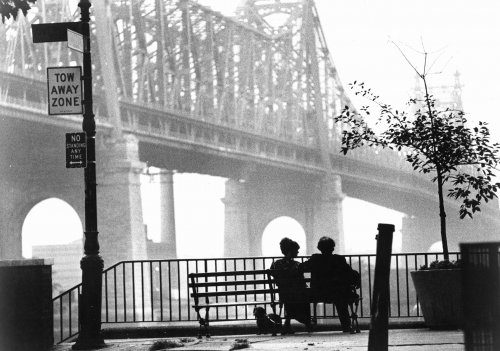 The genre is sporadically revived, but often co-opted into a dramatic film. Lorenza Mazzetti’s Together (1956), Woody Allen’s Manhattan (1979) and Jean-Luc Godard’s 2 or 3 Things I Know about Her (1967) are three well-known titles that combine elements of a city symphony with more (or less, in Godard’s case) straightforward narrative filmmaking.

More recently, Terence Davies (Of Time and the City, 2008) and Mark Cousins (I Am Belfast, 2015; Stockholm My Love, 2017) tilted in the other direction, making films that would be full-blown city symphonies, except they have become personal, more focused on the individual than the 1920s films. Davies’ memories guide us through Liverpool; Cousins personifies Belfast as a woman, and uses a female character played by Neneh Cherry to lead us into the Swedish capital.

Alex Barrett’s new film, London Symphony, released in September 2017, is a rare example of a pure modern city symphony, a very elegantly constructed silent survey of the British capital, which unfolds to the sound of James McWilliam’s orchestral score.

The best place to start – Berlin: Symphony of a Great City

Not the first city symphony, but arguably the best known, Berlin: Symphony of a Great City (1927) enjoys the talents of some of the greatest names in German silent cinema. Its avant-garde director Walter Ruttmann, known for his experimentation with animation and abstraction, screenwriter Carl Mayer and cinematographer Karl Freund all share credits for the screenplay.

Ruttmann also cut the film though, and city symphonies are shaped as much by the edit as the treatment. The score was written by Edmund Meisel, who also provided music for Battleship Potemkin (1925). Berlin: Symphony of a Great City typifies the genre in many ways, from its strict day-in-the-life structure to its emphasis on the fast pace and anonymity of urban living. 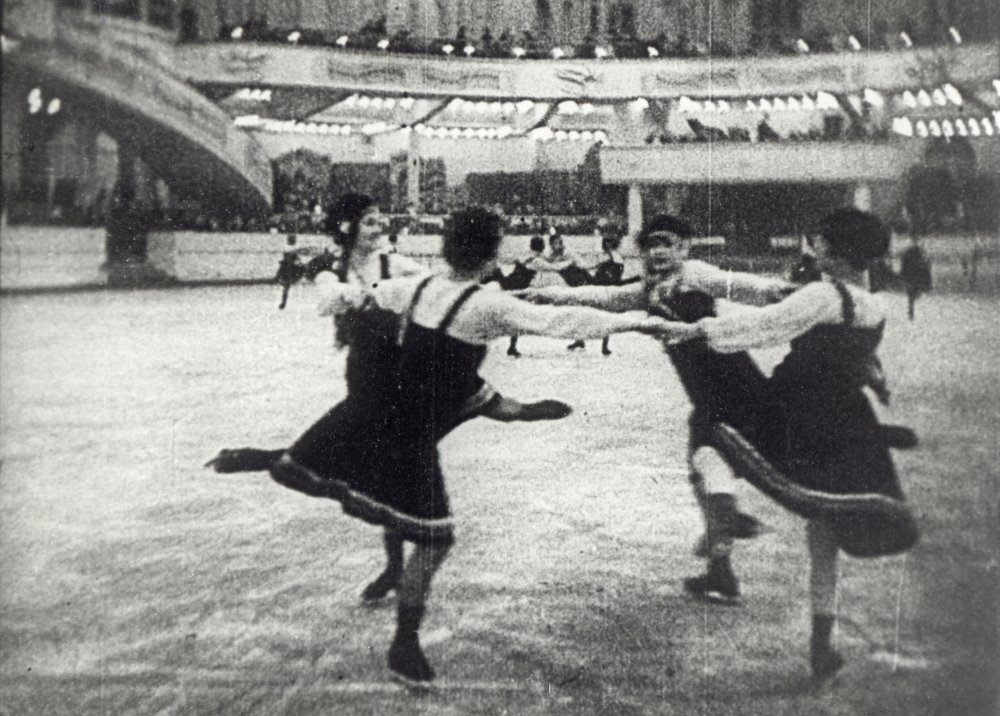 City symphonies aspire to a higher artistic status than the travelogue. They use camera tricks and edits to emphasise the shapes of city buildings and roads, or the movement of crowds and trains, balancing abstraction with actuality filmmaking. Ruttman uses montages to connect aspects of city life, as when he edits together images of wheels and pistons in different factories.

City symphonies typically also use juxtaposition to create contrasts or pointed comparisons between images and scenes. Ruttmann, for example, cuts from a mannequin displaying lingerie in a shop window, to theatreland where chorus girls are preparing to go on stage in alluring costumes. It’s a technique that Soviet filmmakers used for didactic reasons, but Ruttmann was clear that his motivation was art rather than politics. “Since I began in the cinema,” he said, “I had the idea of making something out of life, of creating a symphonic film out of the millions of energies that comprise the life of a big city.”

After Ruttmann’s classic feature, five short subjects. Jean Vigo’s 25-minute A propos de Nice (1930) exposes the seedier side of life on the French Riviera, contrasting the labour of low-paid workers with the idle tourists as the city prepares for carnival. It’s a high-kicking last hurrah for the roaring 20s, shot by Boris Kaufman and as thrilling as it is caustic.

At 45 minutes long, Alberto Cavalcanti’s 1926 Rien que les heures takes a similar approach to a day in the life of Paris. Its opening intertitle could be a manifesto for the city symphony’s impartial pose: “This film does not need a story, it is no more than a series of impressions on time passing.” In one especially Marxist moment, a diner looks at their plate of meat, and Cavalcanti dissolves the food to reveal an image of the slaughterhouse.

Regen (1929) is a mesmerising 14-minute film, shot apparently during one rainstorm in Amsterdam, but in reality composed of images from several days. The precise rhythm of the editing echoes the beat of the falling rain, and director Joris Ivens’ carefully composed images exploit the slick textures and reflections created by the water.

You shouldn’t miss Manhatta (1921), probably the first city symphony: an eerie 10-minute swoop across Manhattan. Guided by lines from Walt Whitman’s poem ‘Mannahatta’, the film makes the most of the contrast between the towering skyscrapers and the people below, who become specks, rendered insignificant within the city’s terrifying modernist design.

If you get the chance, also try these three late city symphonies. Jan Koelinga’s De Steeg (1932) is a city ‘sinfonietta’, being a portrait of just one slum street in Rotterdam. Close-ups of the street’s residents and cutaways to the more luxurious life elsewhere in the city make this 12-minute stroll both personal and political. 1934’s Halsted Street (Conrad Friberg) uses a similar strategy, but as its path is one of Chicago’s major north-south routes, the road itself encompasses many of the city’s contrasts in the midst of the Great Depression.

Lastly, Manoel de Oliveira’s first film, Douro, Faina Fluvial (1931) is a 26-minute masterpiece, filmed in Porto. This remarkable film combines a poetic portrait of the urban poor making a living on the Douro river with rigorously geometric shots of the built environment: the lighthouse that bookends the film, the imposing Dom Luis bridge.

Dziga Vertov’s Man with a Movie Camera (1929) is a great film, but it’s a cheat as a city symphony – filmed across four different locations (Kiev, Moscow, Odessa and Kharkov) and just as concerned with its own internal design as with representing a place in time. 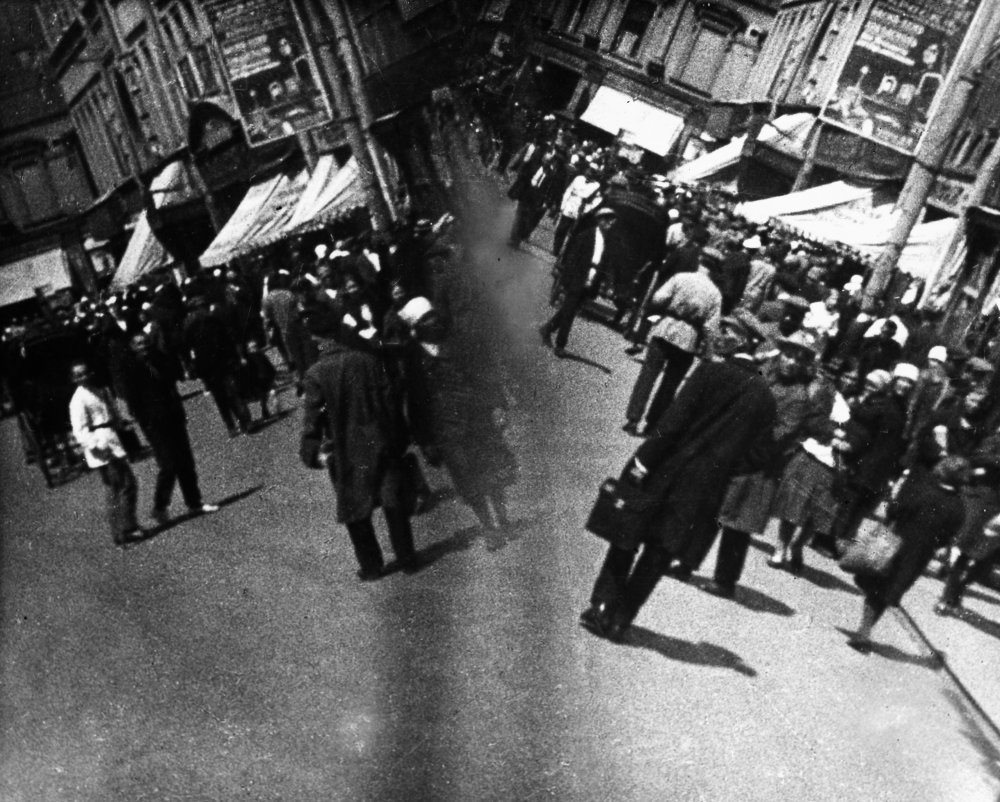 At the other end of the spectrum, Études sur Paris (1928) by André Sauvage is a lyrical, contemplative feature, tracing a canal journey from the city outskirts to the centre. This film contains many gorgeous moments, notably the sequence in the underground canal, with bursts of sunlight flooding the frame, but it may be a touch too slow to convert you to the joys of the city symphony overnight.

You may also want to wait before viewing Robert Siodmak and Edgar G. Ulmer’s joyous People on Sunday, a silent film made in 1930 from a script by Billy Wilder. This is an early hybrid, in which the form of a city symphony is combined with a narrative about a group of friends in Berlin. As such, it marks the beginning of the end for the genre, which was born in the 1920s and slowly disappeared in the following decade.