Where to begin with Budd Boetticher

Your next obsession: the spare, low-budget westerns and B movies of Budd Boetticher 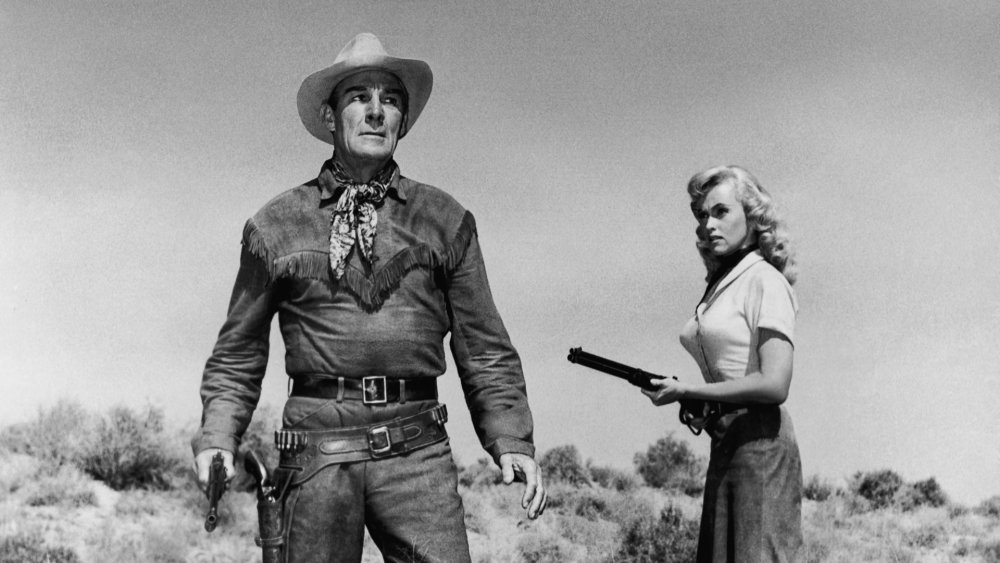 “I’ll always do what I please, because what I please to do I understand. I know westerns and I know a certain kind of moral story.” Budd Boetticher certainly did know westerns, producing 14 of them in a career that ran to 31 fiction features and a pair of documentaries across some 40-odd years. His wasn’t the west of John Ford, with its romanticised view of history, or that cruelly psychologised by Anthony Mann. The Boetticher west was one of terseness and spareness, stripped back stages on which a moral battle between equals would be fought – “There’s some things a man just can’t ride around.” 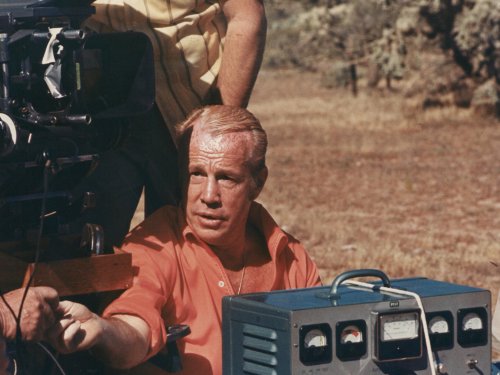 Budd Boetticher during the production of A Time for Dying (1969)

Boetticher held little truck with the socio-political or psychological concerns of the contemporary A-western, where characters “talk like Yale students”. His programmers, shot in just 18 days and usually playing the top-half of a double-bill, were purely moral in their concerns. “The westerns today are so complicated, you don’t know what the hell they’re talking about,” he said, describing his own in much more straightforward terms: “Randolph Scott wakes up in the morning, his wife is killed, he finds out who did it and he kills them and that’s the end of the picture.”

Scott starred for Boetticher in seven films that form the backbone of his cinematic reputation. Known as the Ranown cycle (derived from the names of producer Harry Joe Brown and producer-star, Randolph Scott), the series begins with the template-establishing Seven Men from Now (1956) – strictly produced by John Wayne’s Batjac, but generally considered part of the series given the presence of director and star – and concluding with Westbound (1959), the Ranowns are where any conversation on Boetticher has to begin.

The best place to start – The Tall T 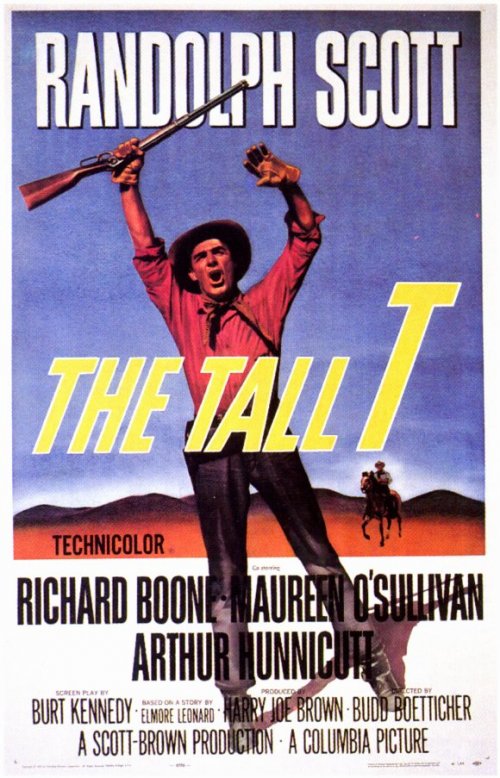 The Ranowns don’t need to be watched in any particular order; they’re not a series in the sense that one is a sequel to another. It’s more a case that each film serves up variations on a theme. As Boetticher super-fan Martin Scorsese put it: “You can look at them as one long, extended movie… One flows into the other.”

Randolph Scott leads each of the pictures, all around 75 minutes long and most of them filmed among the volcanic rock formations of Lone Pine, California – a backdrop synonymous with Boetticher in the same way Monument Valley is with John Ford. “All my movies with Randolph Scott start the same way,” he said. “Here comes Randy, he’s alone, what’s his problem?”

There’s no problem as Scott rides through Lone Pine under the credits for The Tall T (1957), the second film in the Ranown Cycle, at least not yet. For the first 20 minutes or so, we’re in gently comic territory, as Scott’s supposed hero is ribbed, undermined and emasculated (“Where’s your candy?”). It’s almost pastoral in its sunny casualness of manner, as we’re introduced to the coach stationmaster and his young son, and meet up with the supporting cast, including Arthur Hunnicut’s comic relief.

Then the switch. The coach is held up. Scott’s tight grin becomes a rictus grimace and the stage is set. Hunnicut is gunned down, the bodies of the stationmaster and his boy dumped in a well. The villains emerge, three of them, following the Boetticher template of charismatic but amoral lead (Richard Boone, here) and psychotic lieutenant (Henry Silva).

The ensuing economy extends far beyond the low production values. The tough, stoic austerity bleeds into exchanges of dialogue, the acerbic humour and absolute essentials of gesture and action. “The tension of movement in the frame,” said Scorsese, “lent the impression that any time anyone moved, it meant something… Then it dawned on me: it’s a bullfight, where every movement means something.”

Scorsese’s bullfighting analogy isn’t mere metaphor. Boetticher was enamoured with the sport. As with Hemingway, with whom he’s often compared in relation to his terse dialogue, the bullring was Boetticher’s arena of choice. “I would do an 18-day picture with Randolph Scott and go to Mexico and shoot three bullfights,” he said. “Burt [Kennedy] would write another script, I’d come home, shoot it in 18 days, then go shoot some more bullfights.” 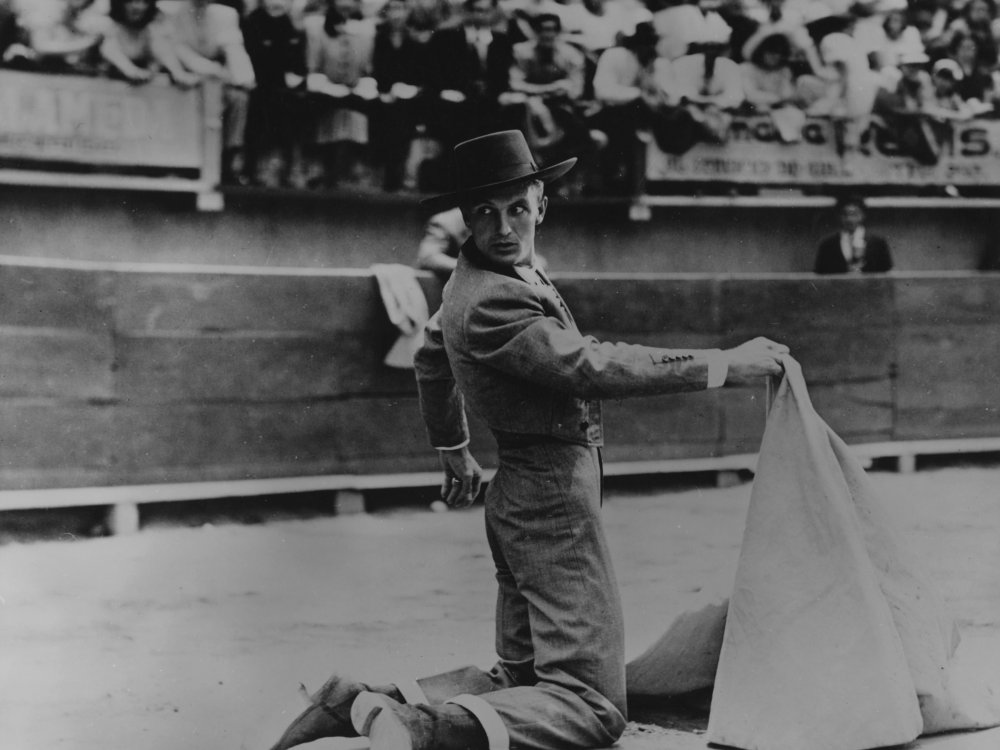 Unlike Hemingway, Boetticher put his money where his mouth was, training as a toreador and suffering a serious goring before his move into pictures. If there’s one film that could be said to represent the director’s life’s work, it’s the 1972 documentary Arruza, about the eponymous matador, a key figure for the filmmaker. Filming lasted years, and saw Boetticher in effective self-exile for the best part of a decade. The film itself is difficult to see – ditto his final doc on the subject, My Kingdom For… (1985) – but the two other pictures that make up Boetticher’s quartet of bullfighting films prove essential to a deeper understanding of the man.

Bullfighter and the Lady (1951) is Boetticher’s first masterpiece, the film that saw him switch from his birth name Oscar to Budd and secure his sole Academy Award nomination (for story). Here, the arena is literally manifested, the stakes delineated in unambiguous visual prose – “A guy’s not allowed many mistakes in this racket, eh?” – as the gringo imposter makes a claim for ‘stature’ (the westerns’ ‘morality’ transmuted) in the gladiatorial circus, under the tutelage of a great torero. Brutality, the dance towards death, repetition and ritual – these are key components of the cyclical Boetticher mode.

Along with The Tall T, Ride Lonesome (1959) and Comanche Station (1960) represent the best of the Ranowns, while the two pictures with Audie Murphy that top and tail his western career are well worth seeking out, especially the elegiac A Time for Dying (1969).

The Magnificent Matador (1955) sees him open up the bullfighting picture with stars, colour and CinemaScope, while consolidating the themes of the earlier film. Looking beyond the west and the bullring, you’ll find a handful of straightforward B-pictures with a no-nonsense approach to genre, notably Red Ball Express (1952) and The Killer Is Loose (1956). 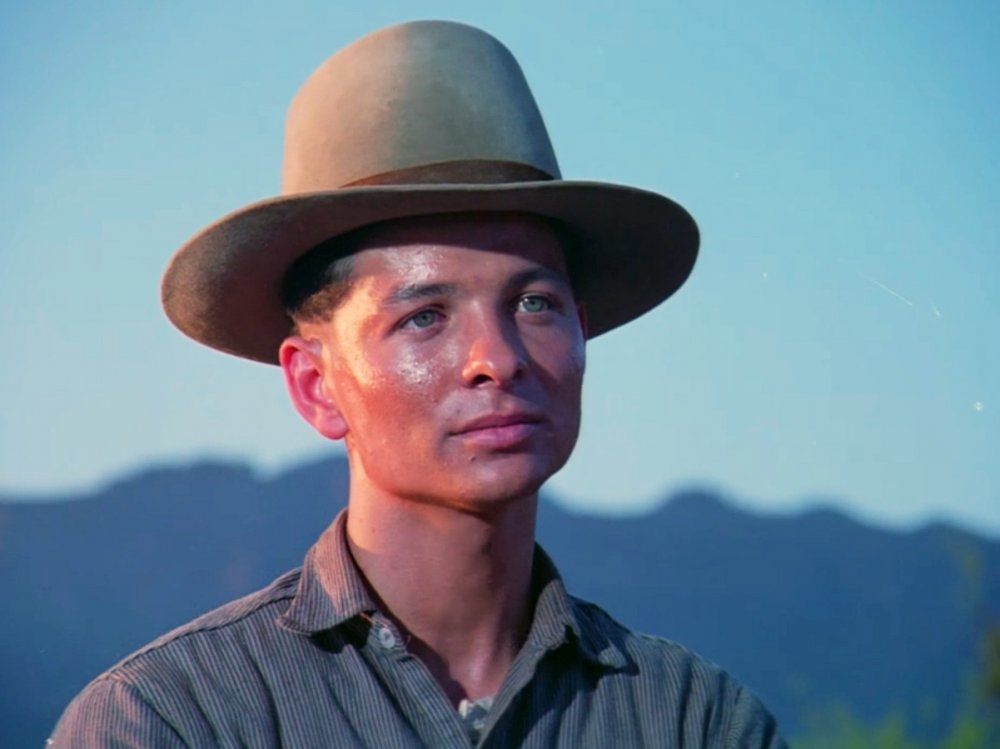 “I was Oscar Boetticher Jr for many years, making crappy 12-day pictures.” The 10 films he made before Bullfighter and the Lady, those credited to his birth name, give a less immediate impression of his talents, despite their budget-driven ingenuity. These were poverty-row numbers, made for peanuts and usually running around an hour. Sure, it’s tempting to watch a bad YouTube upload of a film called Killer Shark (1950), but it’s not really worth the 76 minutes to discover that there’s no killer shark in the film, despite that punchy poster.

Which isn’t to say there aren’t plentiful pleasures to be found in the early films, and it’s always interesting to cast an eye over a career in its embryonic stages. Portentous noir Escape in the Fog (1945) and proto-Shock Corridor (1963) number Behind Locked Doors (1948) are a smart bet from those early years.

Looking much further ahead, if you’re intrigued by Boetticher’s story credit for the Clint Eastwood vehicle Two Mules for Sister Sara (1970), the truth is his fingerprints were all but eradicated. The script was taken out of his hands and given to Don Siegel, who changed it beyond recognition to capitalise on the spaghetti western fad. “You punch Clint and I’ll punch Don,” said an unimpressed Boetticher to his seatmate at the premiere.