Where to begin with Béla Tarr

Your next obsession: the apocalyptic ‘slow’ cinema of Béla Tarr. 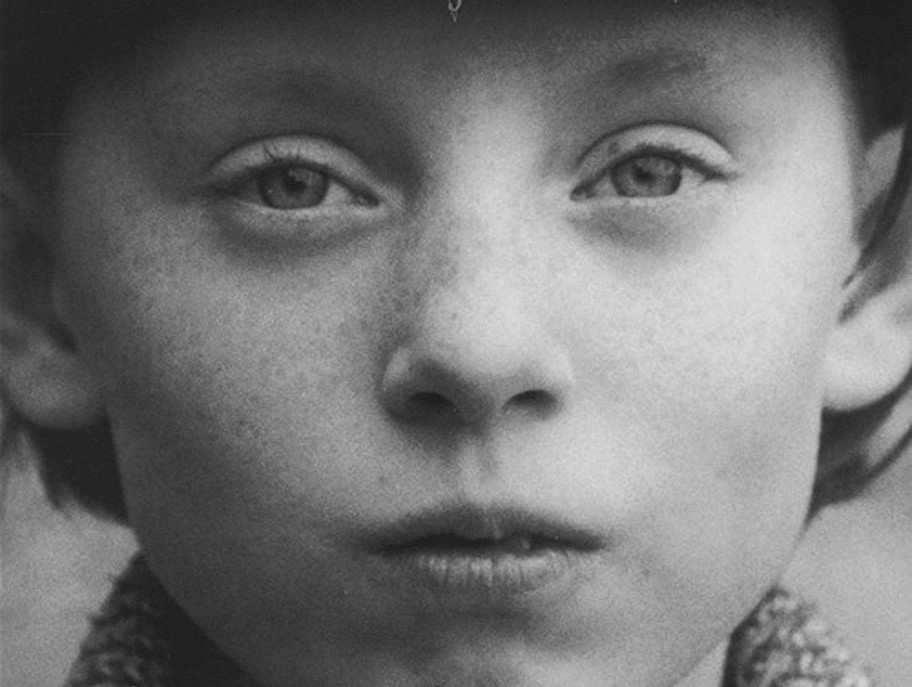 If, for a certain type of dedicated cinephile, Béla Tarr’s Sátántangó (1994) has slowly accrued a status as one of cinema’s ‘holy grails’, there’s no escaping the fact that, for everyone else, the film sounds like a special form of hell. Clocking in at well over seven hours and filmed in stark black and white on the barren plains of Tarr’s native Hungary, the film begins with a seven-minute shot of cows walking through a field.

Such a style is typical of Tarr’s mature work, from Damnation (1987) onwards, in which narrative development plays second-fiddle to the wind and the rain which accompany the travails of his embittered heroes and selfish swindlers. Tarr approaches these characters without judgment, but he also forgoes any easy identification or deep psychologising: if we care at all, we care because these people are humans, trapped by social circumstances and struggling to retain their dignity in the face of adversity. 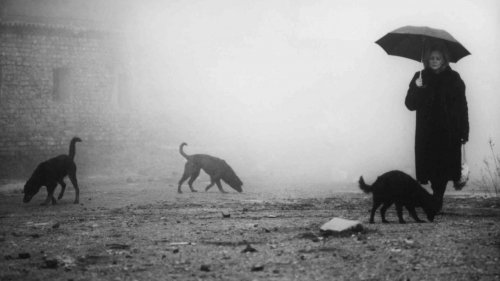 Tarr’s long takes and elemental imagery have often led to comparisons with the great Russian director Andrei Tarkovsky but, unlike Tarkovsky’s, Tarr’s work operates in a post-Christian world, stripped not only of spiritualism and symbolism, but also – Tarr claims – of metaphysics. For Tarr, film is a medium of concrete reality, in which a cigar really is just a cigar.

Tarr’s use of desolate settings, then, is simply a way to highlight and compound humanity’s sense of hopelessness and despair. But, despite the undeniable bleakness of his work, Tarr is not a pessimist. If he was, he once said, he’d have hanged himself rather than made films. This same kind of dry, ironic humour permeates his work and, in this age of hyperkinetic cinema, the length, pace and tone of Tarr’s films imbues their very existence with a sense of absurdity.

Though posterity might well remember Sátántangó as Tarr’s most important work, Werckmeister Harmonies (2000) offers a more accessible introduction to his mature style and is also, some would argue, the better of the two films (though such ranking is surely moot). Over a comparatively short two-and-a-half hours, Werckmeister Harmonies recounts, in just 39 shots, what transpires when a mysterious circus arrives at an isolated Hungarian town. 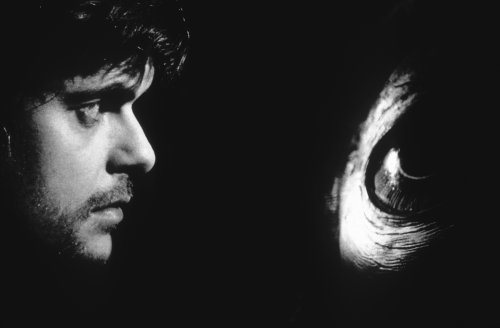 Through the eyes of János, a local postman, we witness how the circus leader is able to incite the local crowd to extreme violence. It’s a searing indictment of power and mob mentality, which some have read as an allegory for the rise of fascism and the horrors of the Holocaust – although the fact the film takes place during the Soviet occupation of Hungary perhaps points more towards an exploration of the postwar politics of the Eastern Bloc (this is, after all, the concrete reality of the film).

But perhaps any such political reading is reductive, given the film’s wider theme of harmony versus disorder. The film begins with a 10-minute shot of Janos in the local bar, illustrating the science of an eclipse for the local drunks – a clear indication of the film’s wider, cosmological reach. For a lesser filmmaker, such a reach might be too much, but Tarr handles it with ease.

Having attuned yourself to Tarr’s unique rhythm, Sátántangó makes for a good next-stop. As with Werckmeister Harmonies, the film concerns itself with the effect an enigmatic stranger has upon a small community: here, it is the charismatic Irimiás, previously thought to be dead, who returns to a collapsed collective farm and captivates the few remaining inhabitants, promising salvation but sounding like a swindler.

The film unfolds in minute detail, far more concerned with the lives of the inhabitants than with the ostensible story at its centre. With its labyrinthine structure (which twists, turns and falls back in on itself), Sátántangó demands to be seen in a single sitting – so those without a full day to spare could turn instead to The Turin Horse (2011). Tarr’s final work and the apotheosis of his long-take style, the film demonstrates better than any the way shot duration can be used to build tension. A Nietzschean (anti-)thriller about the end of the world, The Turin Horse is Tarr’s sparsest work (gone are the baroque leanings of Tarr’s excellent previous film, The Man from London (2007), based on a thriller by Georges Simenon). Pared back to essentials, almost musical in its minimalism, it is a perfect example of pure cinema. 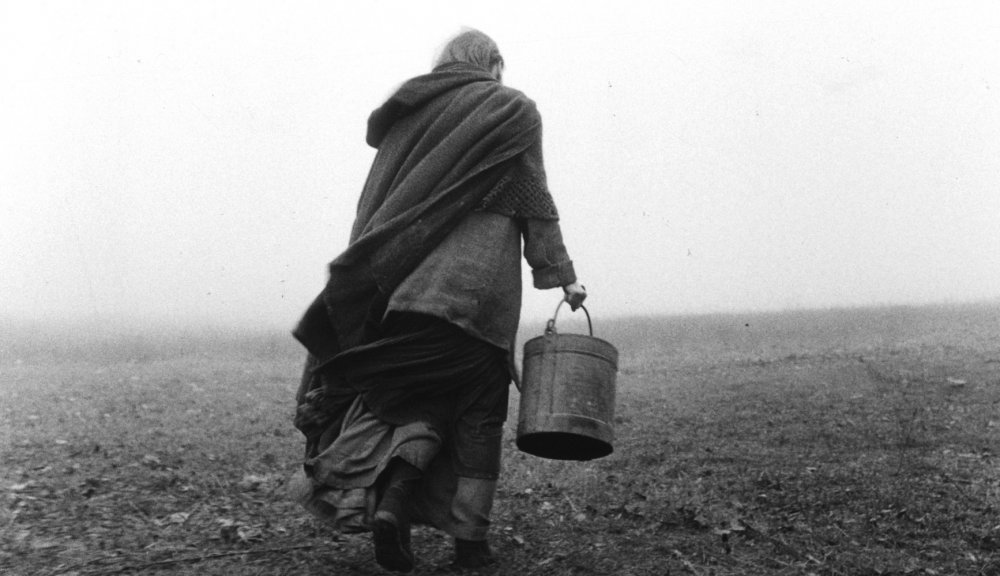 Like all of Tarr’s mature films, The Turin Horse was co-written by the novelist László Krasznahorkai, whose books served for the bases of both Sátántangó and Werckmeister Harmonies. Krasznahorkai’s contribution to Tarr’s work should not be underestimated, and neither should that of composer Mihály Víg (who also played Irimiás), or Ágnes Hranitzky, Tarr’s wife and editor who is also credited as co-director on Tarr’s final three features.

The work Tarr made prior to teaming up with Krasznahorkai is often seen as bearing little resemblance to the latter works. In truth, the differences are smaller than they first appear, but it’s undeniable that the early films are more socially-minded and looser in nature. Tarr has called the change the shift from the ontological to the cosmological.

Along the way, Tarr made Autumn Almanac (1984), a chamber piece about an ageing woman and those who vie for her attention and money. Filmed in striking, expressionistic colour, the film is almost Bergmanesque in its interior intensity. It constitutes Tarr’s first great film, therefore making it a good next step for those wanting to explore Tarr’s earlier work. 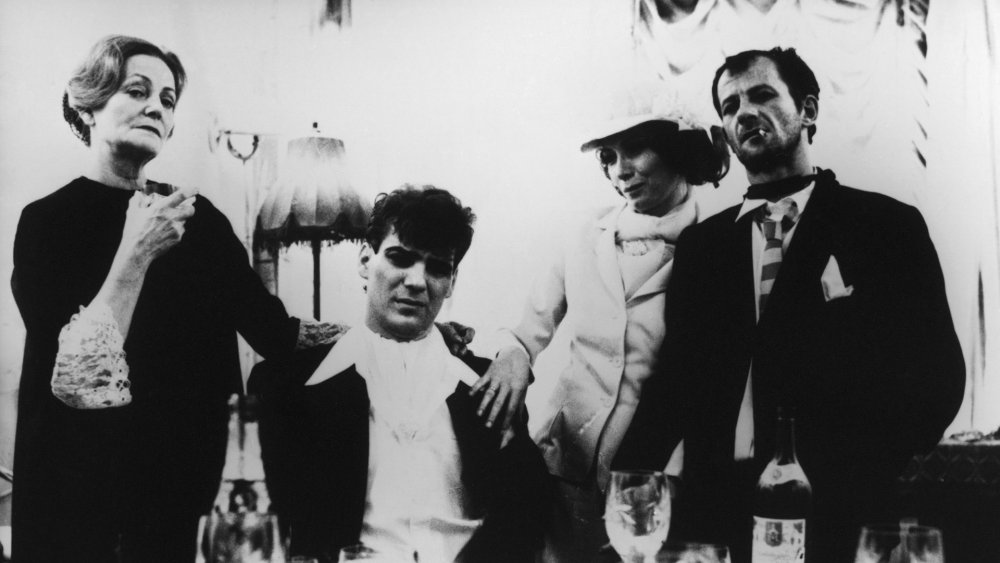 In 1982 Tarr made Macbeth for Hungarian TV, reducing Shakespeare’s play to just over an hour and filming it in two shots. It’s certainly a daring work, and not without power, but it’s also breathless – something which could never be said for the later work. The film benefits from a dreamlike atmosphere, but it’s hamstrung by moments which feel feverishly amateurish (the climactic battle is hardly a fine display of swordsmanship). Like the rest of the early work – Family Nest (1979), The Outsider (1982) and The Prefab People (1982) – it’s perhaps most interesting for what it hints at and reveals about the later films.

It’s maybe best, then, to seek out the early work once already familiar with the later films. If Tarr had only made those first four films, we would still be able to speak about him as a good filmmaker – but it’s thanks to the later work that we can speak about him as one of the greatest.

Related to Where to begin with Béla Tarr