Where to begin with Angela Schanelec

Your next obsession: the quietly radical films of Angela Schanelec 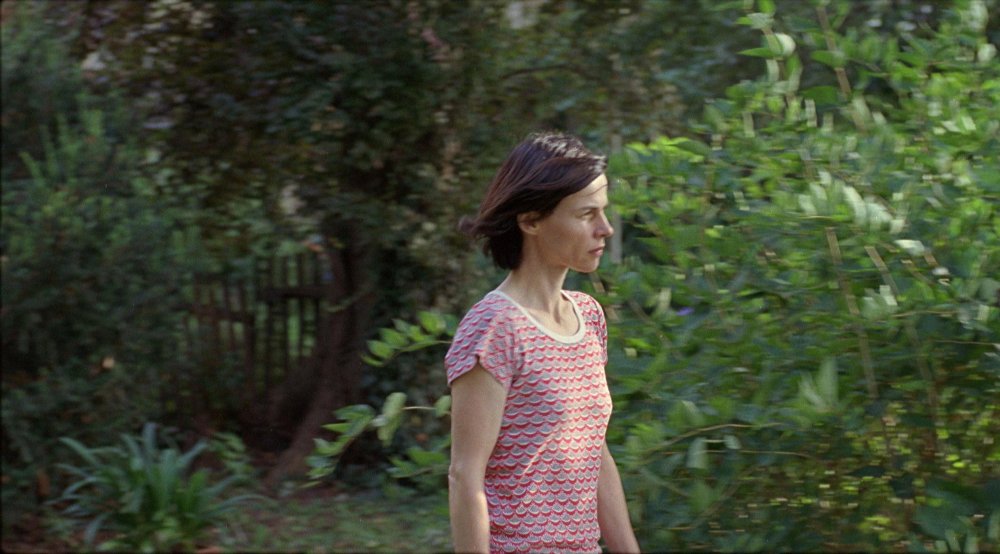 Together with Christian Petzold and Thomas Arslan, Angela Schanelec is one of the core members of the so-called Berlin School that emerged around the turn of the millennium. Studying at the Berlin Film and Television Academy under Harun Farocki in the 1990s, where she made her thesis film I Stayed in Berlin All Summer, Schanelec developed a radically experimental style in which narrative continuity is shattered by sudden and violent ellipsis.

Her existential agenda has polarised critical opinion, infuriating mainstream publications while lending itself to Marxist theoretical readings, and yet her upcoming feature, I Was at Home, But, is one of the most anticipated premieres of this year’s Berlinale.

Schanelec has become known for her portrayal of European family relationships under the strain of late capitalism. She tends to focus on female protagonists undergoing a transitional phase in their lives – though that is as far as Schanelec’s storytelling stretches. Her austere style incorporates emotionally opaque performances, the rejection of shot-reverse-shot editing and multiple long takes. “Storyline? What Geschichte?” she once replied in an interview.

Schanelec’s reworking starts from first principles, creating fractured texts that open themselves up to speculation and multiple interpretation. Her refusal to disclose through this very unique shooting style renders a mood that’s hard to recreate – a mood that speaks louder than plot.

Schanelec’s 2001 film Passing Summer follows Valerie (Ursina Lardi) as she nears the end of her architectural degree. She doesn’t understand her friends’ need to escape the city and so remains in Berlin, in acutely observant yet affectless passivity. It’s in the dead time of summery emptiness – where we might expect an ellipsis – that narrative occurs. Drama begins to unfold around her: she observes relationships end and her father growing ill. Her more adventurous friends also encounter paradoxical uneventful eventfulness. On returning from some months in Rome, her flatmate reports: “I was kind of excited and also a bit bored. Kind of waiting for something to happen.” 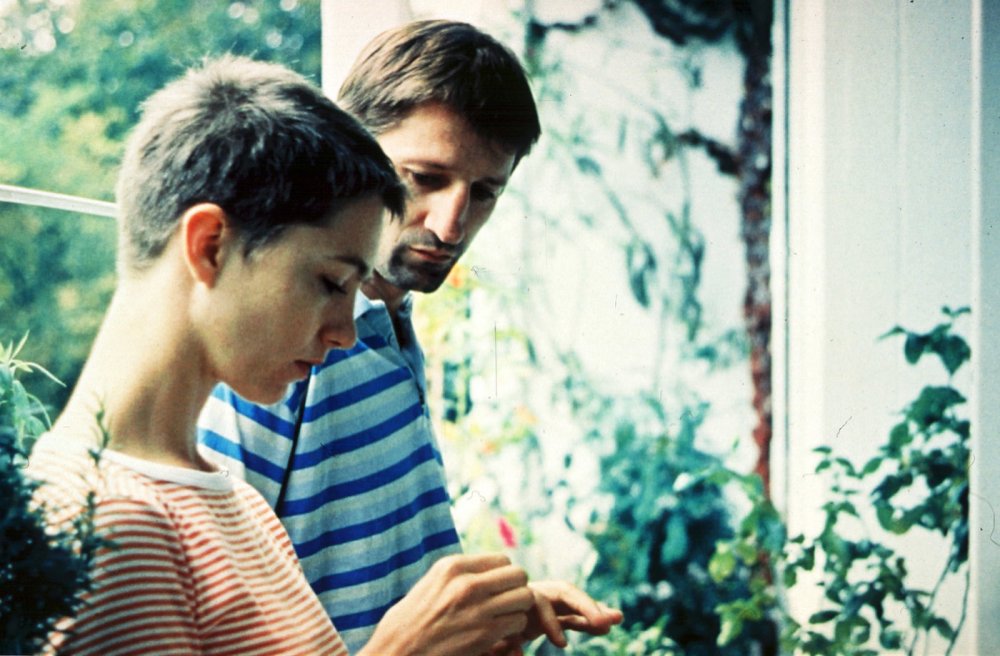 The German title, Mein langsames Leben, translates to ‘My slow life’. Learning to moderate your expectations around ‘action’ when watching Schanelec’s films leads to rewards. Understand this and your initiation is complete.

Filmed on location at Orly airport, 2010’s Orly tells its story through chance encounters. It’s perhaps Schanelec’s most intimate film and yet it refrains from any close-ups. Her narrow depth of field focuses on figures lost in the airport crowds. They are often seen staring into the middle distance, bewildered by the flattening of space that air travel generates. They might strike up a conversation with a stranger, offloading their guilt about not spending enough time with their kids or being unable to repay a parents’ loan. As opposed to the family home, a place of disconnection and unbelonging in which many of her features are located, Schanelec’s airport is where characters drift together rather than apart. 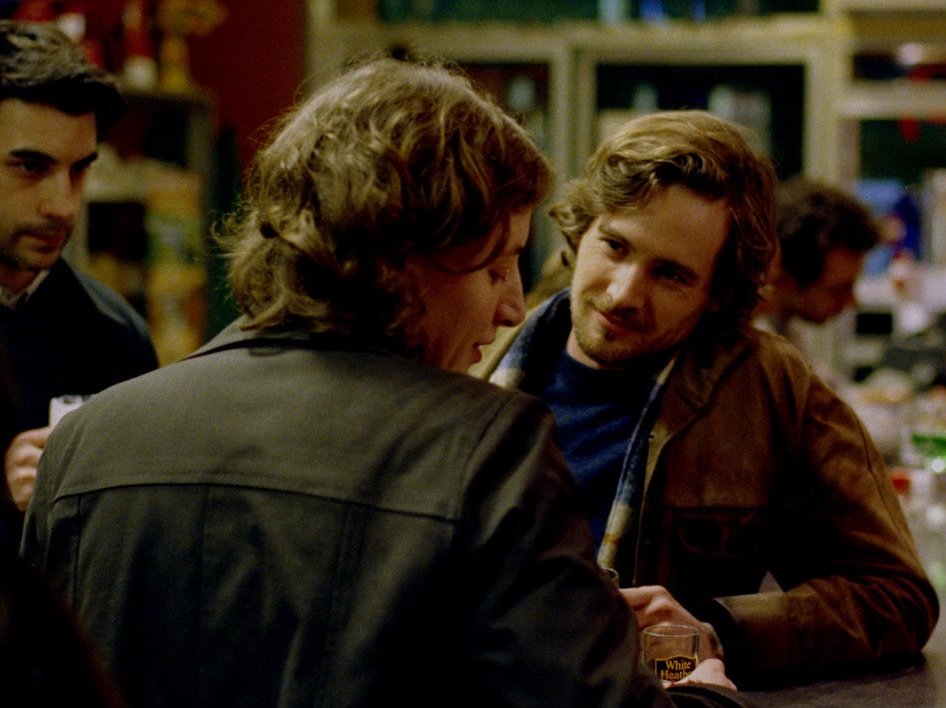 As in Orly, the lack of establishing shots in Schanelec’s Marseille (2004) render the eponymous city a placeless place. “Do you know your way around?” Maren Eggert’s character is asked in the opening moments. Again, the protagonist is a photographer. Eggert’s point of view is perhaps a foil for Schanelec’s, a foreign perspective that can’t keep up with the abrupt transnational turns of modern life. She returns to Marseille, but she has barely reached the bottom of the steps outside Gare Saint-Charles when, off screen, she becomes a victim of crime. The film ends looking out to sea with as much, if not more, uncertainty than it begins.

Schanelec herself stars, as stage actress Irene, in Afternoon (2007), a loose adaptation of Chekhov’s The Seagull. The film opens with Schanelec looking out from the proscenium at the audience, already dissolving the distinction between what is and what isn’t staged. Irene leaves for her bourgeois country home, a decision that leads her family to tragedy — one that grows from a sudden loss of appetite for an eagerly-anticipated ice cream to complete Chekhovian disintegration. We leap right into the performance without any exposition. What does it mean for a director to play an off-duty actor in this way?

Interestingly, her new film I Was at Home, But also takes place during the preparations for a stage production, this time of Hamlet, while its title intriguingly evokes Yasujiro Ozu’s classic childhood tale I Was Born, But… (1932).

The Dreamed Path caused a quiet storm at the 2016 Locarno Festival, but it’s one of Schanelec’s most challenging films, using minimalist strategies derived from Robert Bresson – including deliberately opaque performances and close-ups to hands and feet – to their full effect. It begins in the 80s, when young Germans Kenneth and Theres are travelling in Greece. They are in love. Unlike her earlier work, The Dreamed Path is shot and edited in a digital format. Another development is the pacing; scenes slip between time frames at a quicker rate. Twenty-four years are eclipsed in an instant. Blink and you’ll miss it. Although Kenneth and Theres have now separated, they wear the same clothes. It’s a jarring detail and throws us off, in true Schanelec fashion. 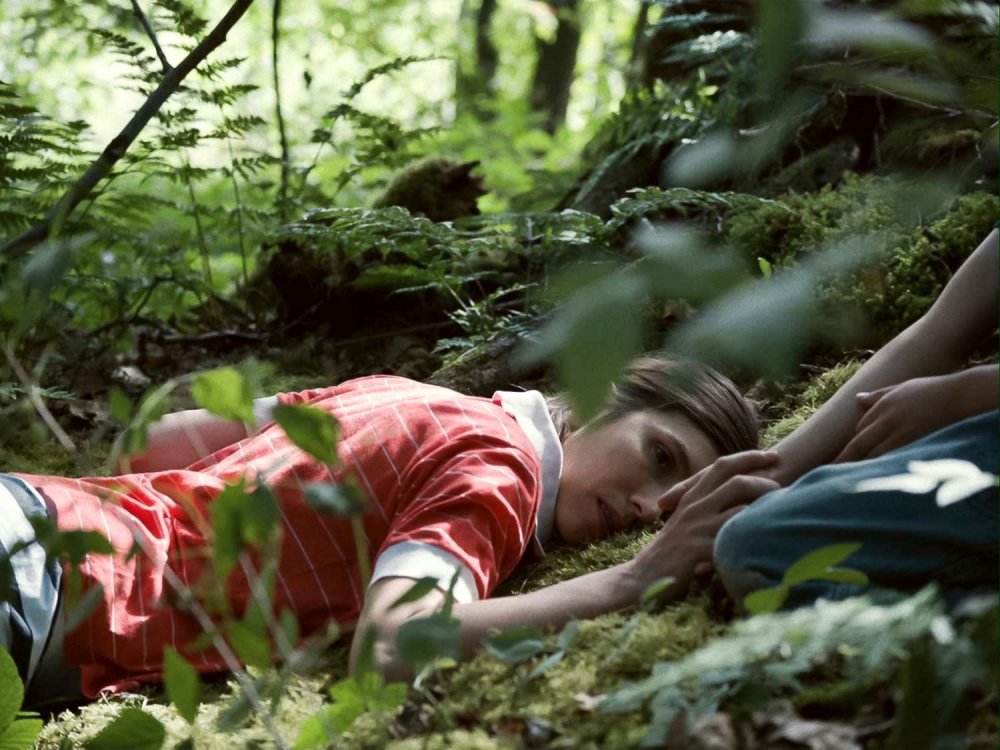 The path to the climax is dizzyingly non-linear. Awakening from Schanelec’s dream, you remember only the most essential of images. There is room for narrative interpretation but the feelings she produces are absolutely unambiguous. There is no room to feel anything other than sobering alienation.

It’s a masterful film, but best enjoyed when you’re already familiar with the Schanelec sleight of hand.