Where to begin with Abbas Kiarostami

Your next obsession: the contemplative masterpieces of Abbas Kiarostami 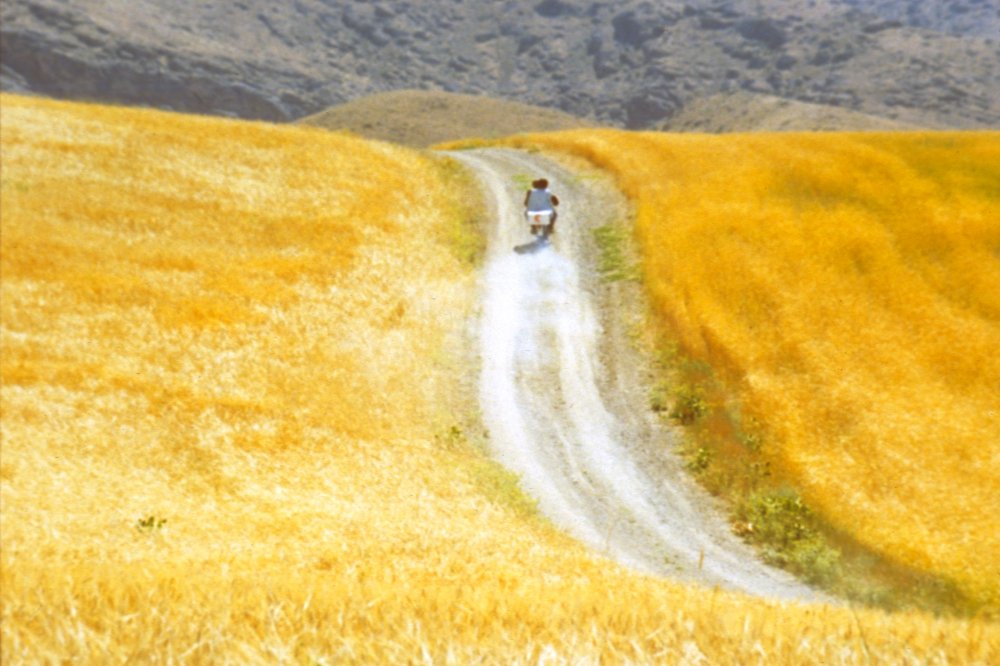 Before his untimely death in 2016, Abbas Kiarostami was considered by many to be among the world’s greatest living filmmakers. First praised by Akira Kurosawa and Jean-Luc Godard, he later received acclaim from Martin Scorsese, Michael Haneke, Werner Herzog and many, many more. Yet for all his many awards, Kiarostami never became well known beyond the cinephile circuit. His work was too idiosyncratic, too restlessly experimental, too different from the mainstream to reach a wider audience. 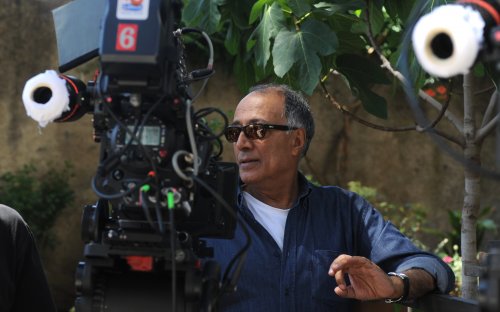 The problems for some are the pace and tone of his films. If you’re used to the wham-bam cutting and heightened characterisation and narrative tropes favoured by Hollywood and other populist cinemas, Kiarostami’s quieter, more quizzical and contemplative approach to storytelling may take some getting used to. Still, even for ‘arthouse’ aficionados, the Iranian’s films can initially seem… well, a little odd.

That’s because Kiarostami – an important poet and photographer, besides being a writer-director – really did see things differently from most of us. He would look at things more patiently and from a different perspective, asking different questions about the world and himself. Moreover, he was not a cinephile: he had no interest whatsoever in film as industrial entertainment, and never made a movie that could be categorised according to conventional genres. What drove him to make the films he did was not other movies but life itself – that and the countless ideas constantly circulating in his profoundly curious and highly imaginative mind.

So what characterises a Kiarostami film? Well, most of them are about individuals simply trying to gain a better understanding how the world works and find their place in it, to negotiate a reasonable way of getting on with other people, to do the right thing… (Perhaps unsurprisingly, many of his earliest films are about children.) 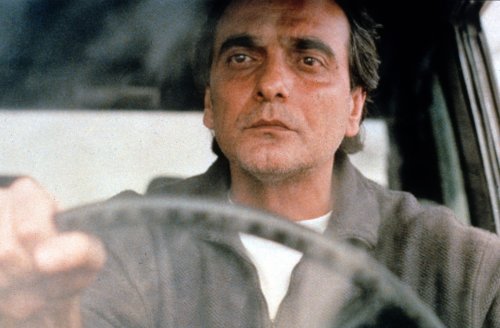 They often – but not always – involve a quest or journey, be it geographical, emotional, moral or spiritual. And they tend to leave certain details ambiguous or unexplained; Kiarostami liked filmgoers to engage imaginatively with his work, so he left his narratives incomplete in various ways. What is omitted or not shown can be as revealing as what’s included and seen.

This has its advantages. While his films are perfectly comprehensible on a first viewing, on repeat viewings they become still richer, more resonant, even more mysterious. Certified Copy (2010), for example, may be his most ‘commercial’ feature in that it boasts a major star – Juliette Binoche – but its teasing portrait of a couple (or are they a couple?) taking a short voyage in Italy throws up more questions about their precise relationship the more one sees the film. And his Cannes Palme d’or-winner Taste of Cherry (1997) ends with a remarkable sequence that casts everything we’ve just seen into a new light. Such was the mischievous maestro Abbas Kiarostami.

The best place to start – The Koker trilogy 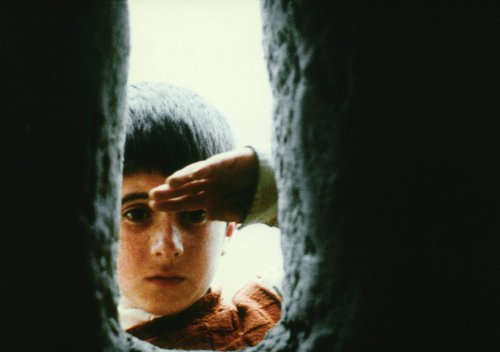 Since Kiarostami’s films tended to grow, as if organically, out of their immediate predecessors, in an ideal world it would probably be best to watch them in the order they were made. Certainly, his debut, Bread and Alley (1970), a delicious short fable about a small boy and a growling dog, and his first feature, The Traveller (1974), about a kid who’ll do anything to get to a football match in Tehran, provide very pleasurable and easy ways into his work.

But to get a fuller sense of what Kiarostami was capable of – a very distinctive mix of narrative simplicity, rich thematic complexity and emotional profundity – it would probably be best to watch the three films sometimes known as ‘the Koker trilogy’.

The first, Where Is the Friend’s House? (1987), concerns a boy’s sterling but repeatedly frustrated efforts to help a schoolmate who’s in trouble over his homework. Unsentimentally observed yet deeply touching, it feels like a witty, slightly stylised slice of neorealism.

But then its sort-of-sequel, And Life Goes On (1992), shifts perspective by focusing on a filmmaker and his son travelling to the village where the first film was shot to find out if the two boys who appeared in it have survived a devastating earthquake. The new point of view broadens the (topographical and moral) picture considerably. 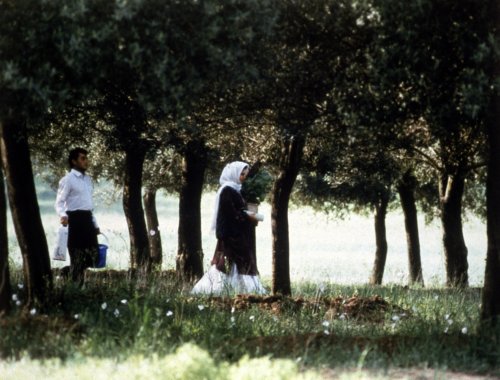 And finally, in Through the Olive Trees (1994), the frame changes again, so that we find another filmmaker shooting a scene from the second film, in which real feelings and the emotions called for by the second film’s script become comically but heartrendingly entangled. Again, the overall picture of life in the Koker villages is enlarged, embellished and enriched, so that we may now contemplate it from a multiplicity of points of view.

The experience of watching the three films in the order they were made is exhilarating. But if time is short, you might opt for the extraordinary Close-up (1990), which adopts a similarly multi-view approach in investigating the strange case of a young man on trial for telling a family he was the director Mohsen Makhmalbaf. The family have alleged that he intended to defraud them of money by promising to make a film about them.

Though the case is unusual and complicated, and though Kiarostami combines and alternates footage shot in court, reconstructions of events, and straight-to-camera interviews in order to relate the story from a range of perspectives, the results could not be more lucid or illuminating. We come to realise that the accused, far from being a manipulative impostor, is actually a very decent human being, a victim, perhaps, not only of society but of the lies-peddling machine that is cinema itself. 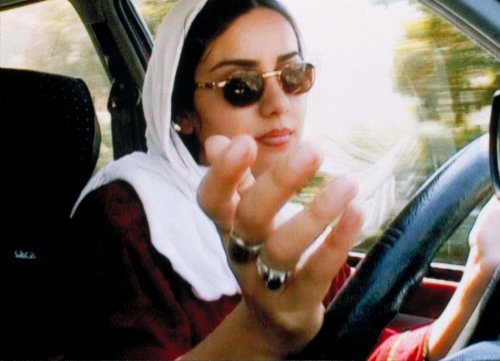 Once you’re used to Kiarostami’s revealing rhymes and repetitions, telling ellipses, gentle humour and sly asides on the ambivalent role played in events by the filmmaker, it’s best to proceed forwards step by step – to the subversive, sombre and magisterial Taste of Cherry, the visually magnificent, gently satirical and self-reflexive The Wind Will Carry Us (1999), and the radically experimental, minimally resourced but utterly engrossing 10 (2002).

The last of these is a supremely compassionate and courageous look at the plight of Iranian women that consists entirely of 10 conversations conducted during car journeys between a young divorcee and her various passengers. The film may sound claustrophobic and tedious, but it isn’t. A car being both a private and a public space where people tend to speak their minds, 10 offers an uncompromising, near-documentary and finally incredibly moving account of gender and generational politics in contemporary Tehran.

You probably shouldn’t begin your Kiarostami journey with Five (2003) or Shirin (2008) – rather more minimalist digital experiments than 10 – or even with the bigger-budgeted late films Certified Copy (shot in Tuscany) and Like Someone in Love (shot in Tokyo). These are all extremely fine films, but to grasp fully what Kiarostami was doing, it’s better to have seen three or four of the earlier films first. 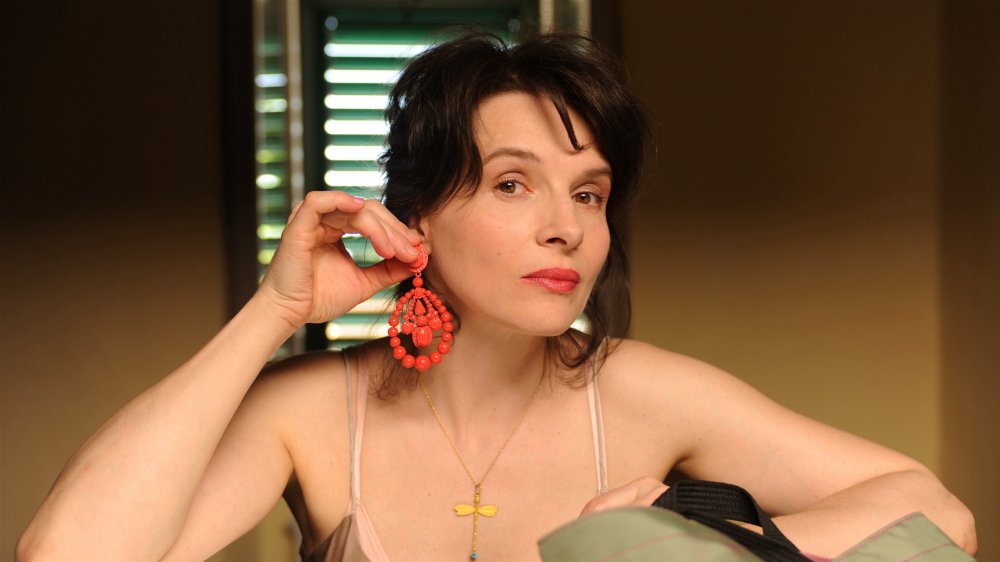 Likewise, in early documentaries like Fellow Citizen (1983) or Homework (1989), Kiarostami’s rigorous, eventually eye-opening use of repetition makes for rather challenging viewing.

But once you’re hooked, anything goes. He was, after all, one of the true greats of the modern cinema. If in doubt, try a couple of his very early shorts, Two Solutions for One Problem (1975) and Orderly or Disorderly (1981) – proof that, long before his work was known in the west, he was making films that were quite unlike anything else.