Why apocalyptic animation When the Wind Blows is still devastating

Based on Raymond Briggs’ graphic novel, the 1980s animated classic When the Wind Blows is one of the most powerful depictions of nuclear armageddon ever made. Why does it continue to hit so hard?

• Buy When the Wind Blows on Blu-ray and DVD 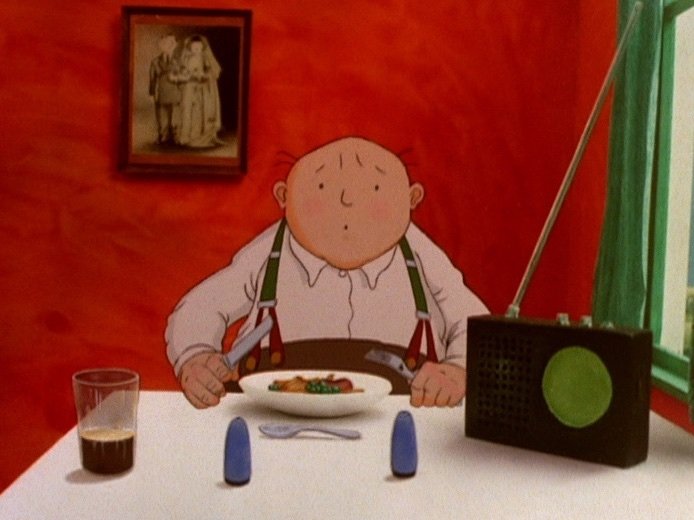 As a youngster growing up in the 1980s in a tiny village in the heart of the Cotswolds, I can attest to the fact that no part of the country, however remote and bucolic, was impervious to the threat of the Cold War escalating into a full-blown nuclear conflict. Regular news reports and documentaries reminded us, seemingly daily, of the potential for catastrophic political meltdown and the apocalyptic horrors that would unleash. The Campaign for Nuclear Disarmament (CND) became ever more vocal and visible, and popular culture was awash with nuclear war-themed films, comic strips, songs and novels.

Among these, the anarchic post-apocalyptic world inhabited by Judge Dredd in the weekly comic 2000AD, Mick Jackson’s utterly terrifying 1984 TV docudrama Threads and Frankie Goes to Hollywood’s chart-topping pop classic ‘Two Tribes’ all had an impact on my raw emotions and impressionable young mind. And then there was Jimmy T. Murakami’s animated version of Raymond Briggs’ When the Wind Blows.

First published in 1982 as a graphic novel, and subsequently dramatised both for the stage and a BBC Radio 4 play (featuring the voices of Peter Sallis and Brenda Bruce) before Murakami’s version, Briggs’ tale of nuclear war as experienced by loveable elderly couple Jim and Hilda Bloggs is an unforgettable experience in all of its mediums. Briggs was initially inspired after watching a chilling Panorama documentary entitled If the Bomb Drops, which exposed the shortcomings in British civil defence spending and preparation. 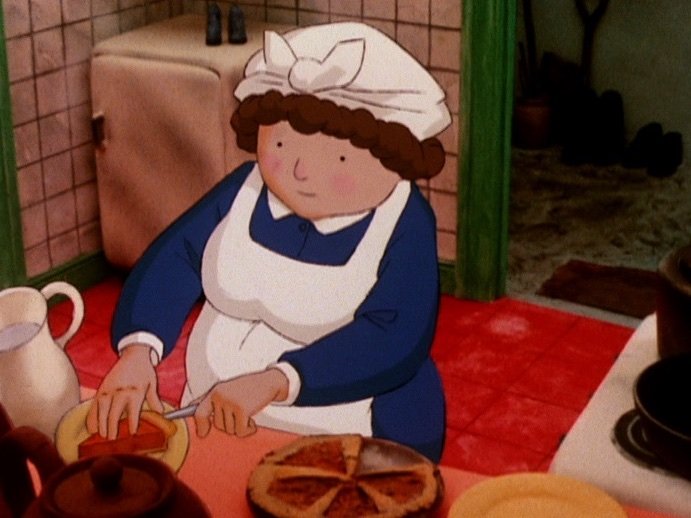 Adapted for the big screen by Briggs himself, Murakami and his extensive technical crew employed a striking combination of hand-drawn and stop-motion animation to warmly and then devastatingly bring to life Briggs’ characters, the numerous fantasy/dream sequences and the soon-to-be nuclear-ravaged, picture-postcard surroundings of the Sussex countryside. To accompany the heart-breaking imagery and dialogue, Roger Waters and the Bleeding Heart Band conjured up as atmospheric and haunting a score as would be expected of an erstwhile member of Pink Floyd.

For any viewers who had experienced Martin Rosen’s captivating yet emotionally gut-wrenching animated adaptations of Richard Adams’ Watership Down (1978) and The Plague Dogs (1982) and somehow still laboured under the misconception that British animated films were just for kids, When the Wind Blows would be the final nail in the coffin.

Unbearably grim, stark in its outcome and stridently anti-war in its message, When the Wind Blows is made all the more powerful because of the intimate, beautifully realised portrayal of Jim and Hilda’s loving relationship and quiet life. The isolated, rural world of Jim and Hilda (voiced by veteran British stars John Mills and Peggy Ashcroft) is one of plates of sausages and chips, radio plays and proudly tended cabbage patches. Working class, gentle and devoted to each other, the retired couple also naively believe in the wisdom of the powers-that-be; “Ours is not to reason why” as Jim informs Hilda, in a screenplay that’s at times pointedly satirical.

The couple are fruitlessly nostalgic for the Blitz spirit of the Second World War, convinced the government-issued Protect and Survive pamphlets are worth the paper they’re printed on, and blindly under the assumption that there can be a winner in a nuclear war. These sweet, unassuming retirees represent an ailing, rose-tinted worldview and way of life that’s woefully unprepared for the magnitude of devastation wrought by the bomb. When it finally drops, Jim’s typically British and succinct reaction is “Blimey”. 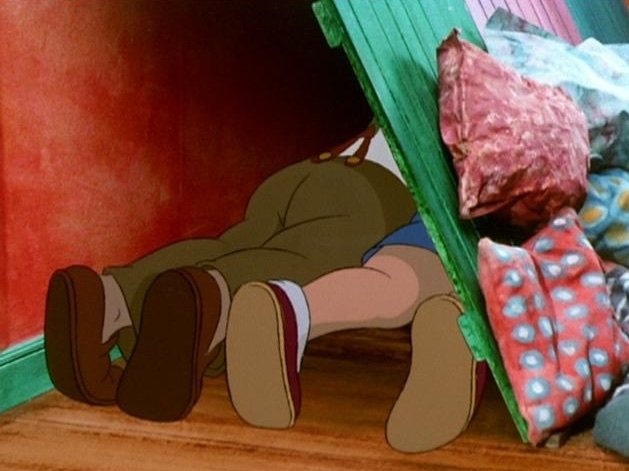 As frustrating as Jim and Hilda’s obliviousness and futile stiff-upper-lip stoicism is, it’s overwhelming sadness for the couple’s fate that dominates. The film’s latter stages are a painful, fittingly bleak portrait of the slow death that radiation sickness brings with it. The final scenes of When the Wind Blows in particular are enough to test the emotional resilience of even the hardest of hearts.

While Briggs’ original graphic novel was commended by a Labour MP in the House of Commons, the film was criticised in other quarters as “propaganda for unilateral nuclear disarmament”, as well as being “smug” and made for “radical yuppies”. But if highlighting the insanity of nuclear war and its irreversible apocalyptic effects in an engaging, humane and emotionally resonant manner is “propaganda”, then so be it.

Other films of the era with a nuclear theme – such as The Day After, War Games and Threads – may have been more graphic, action-packed and/or sensationalised, but Murakami’s take on Briggs’ intimate yet universal source material hit just as hard. Given the current fractious state of global politics, When the Wind Blows remains a vital and sadly relevant anti-war film.

Behind the scenes on When the Wind Blows 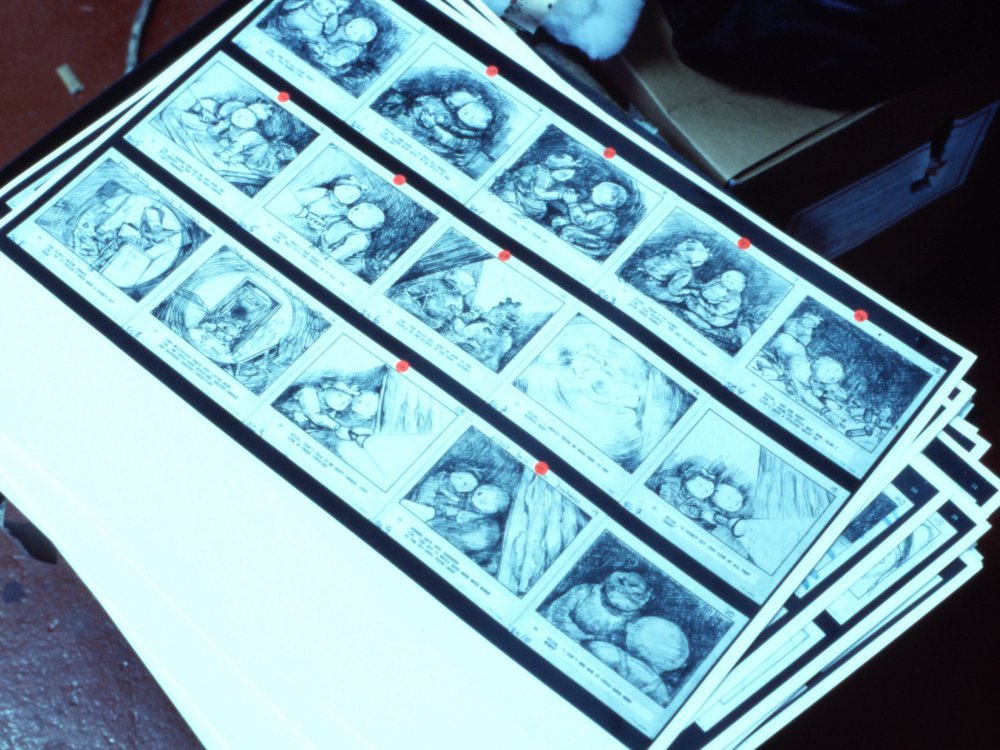 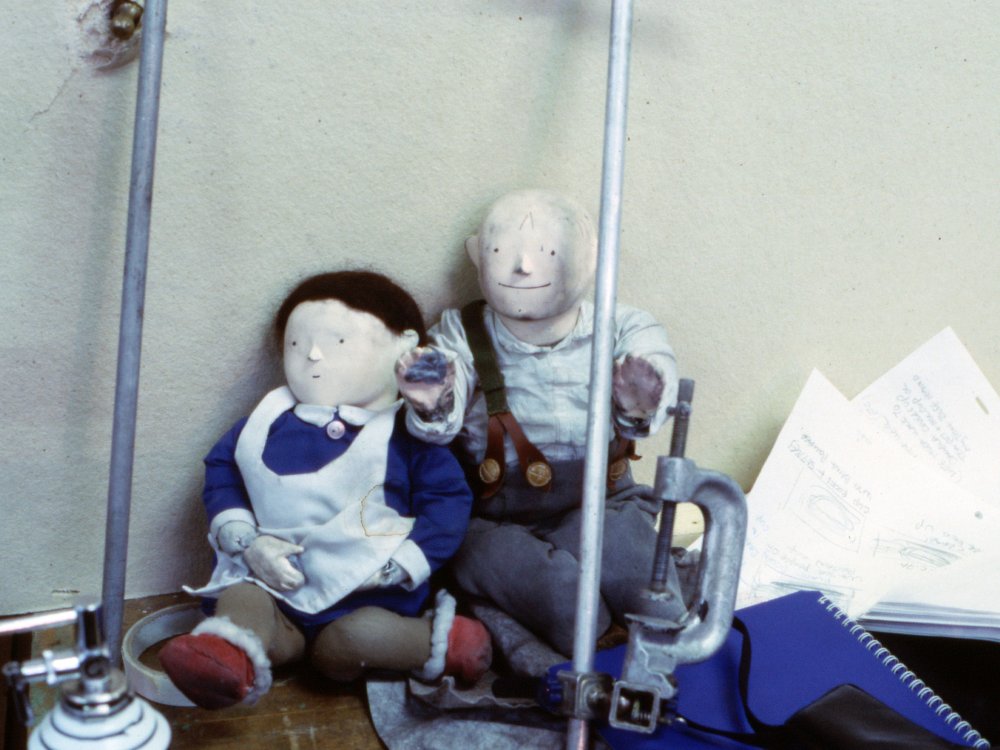 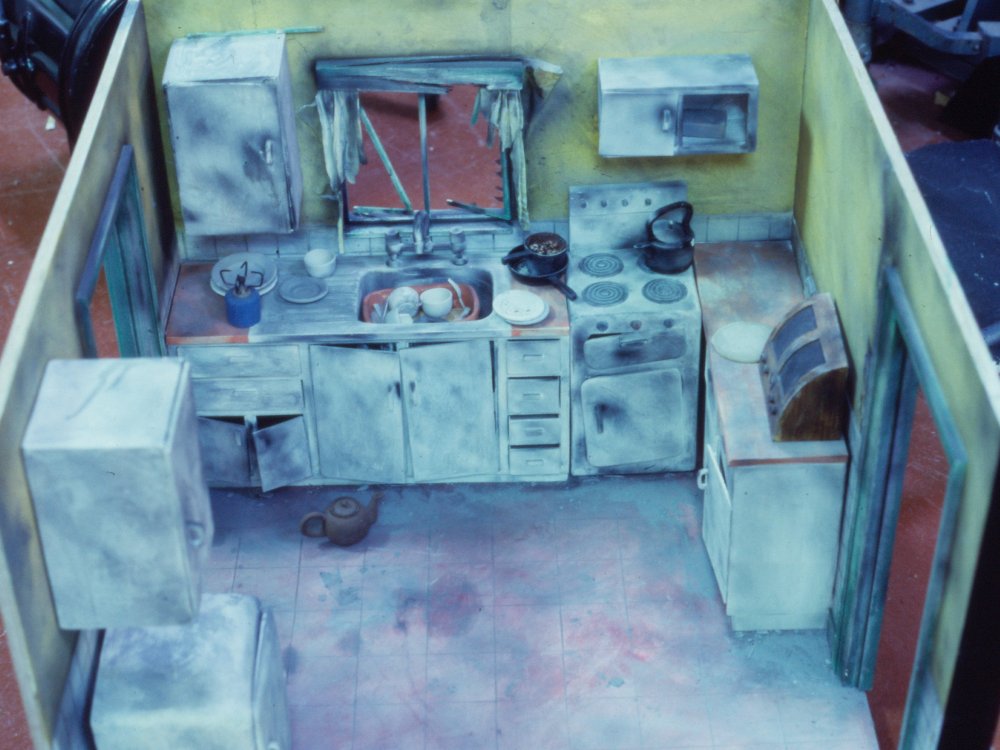 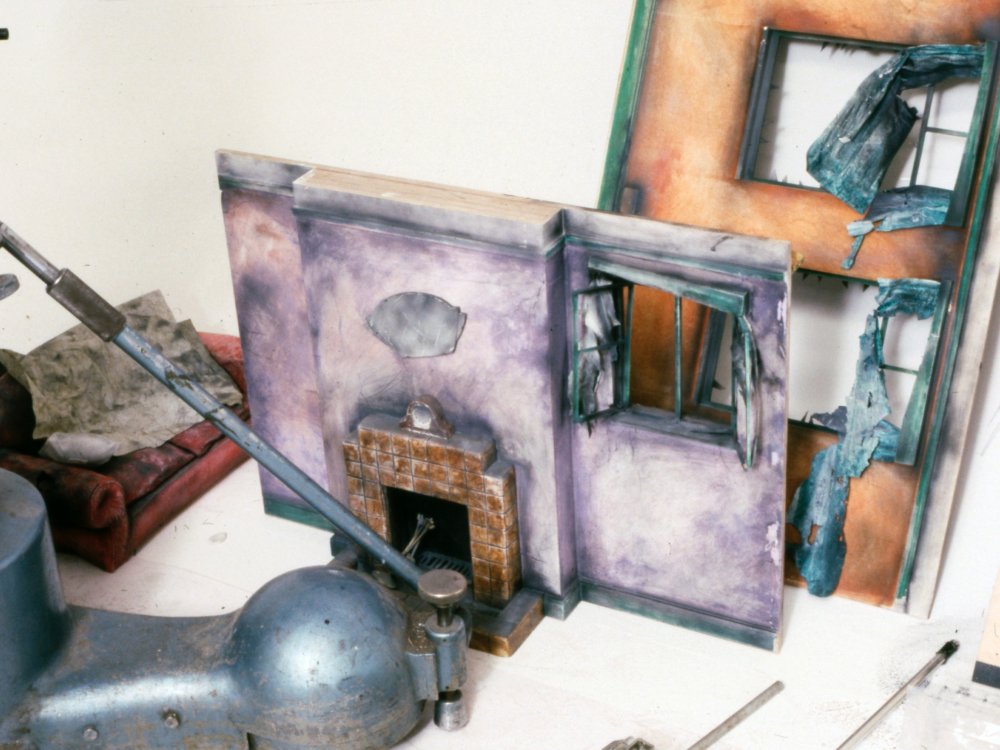 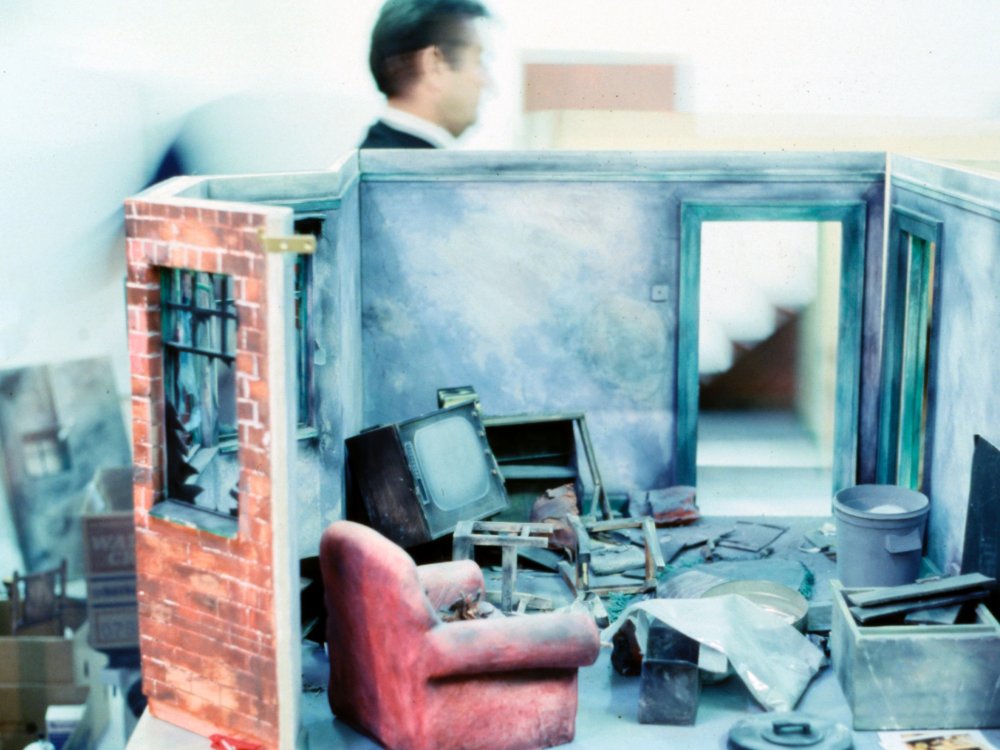 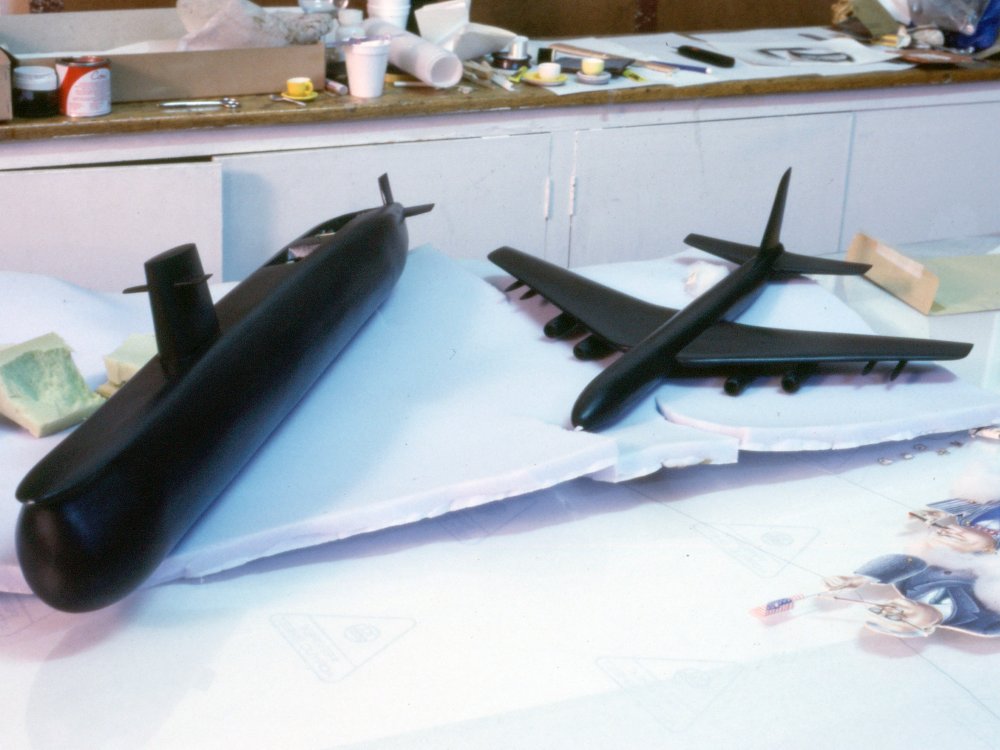 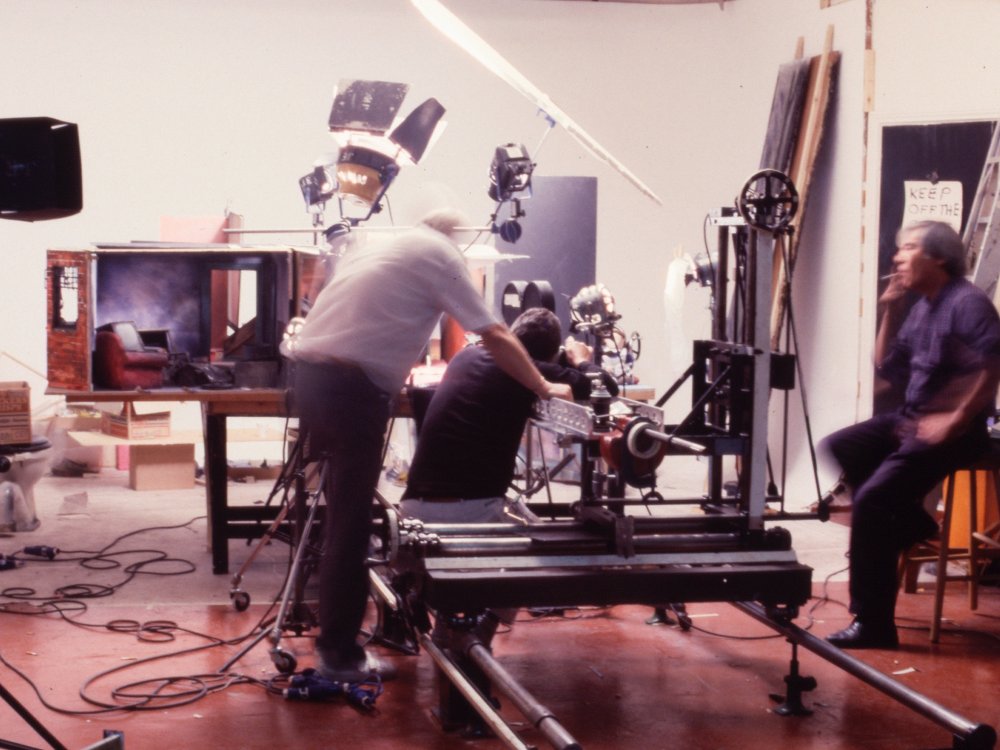 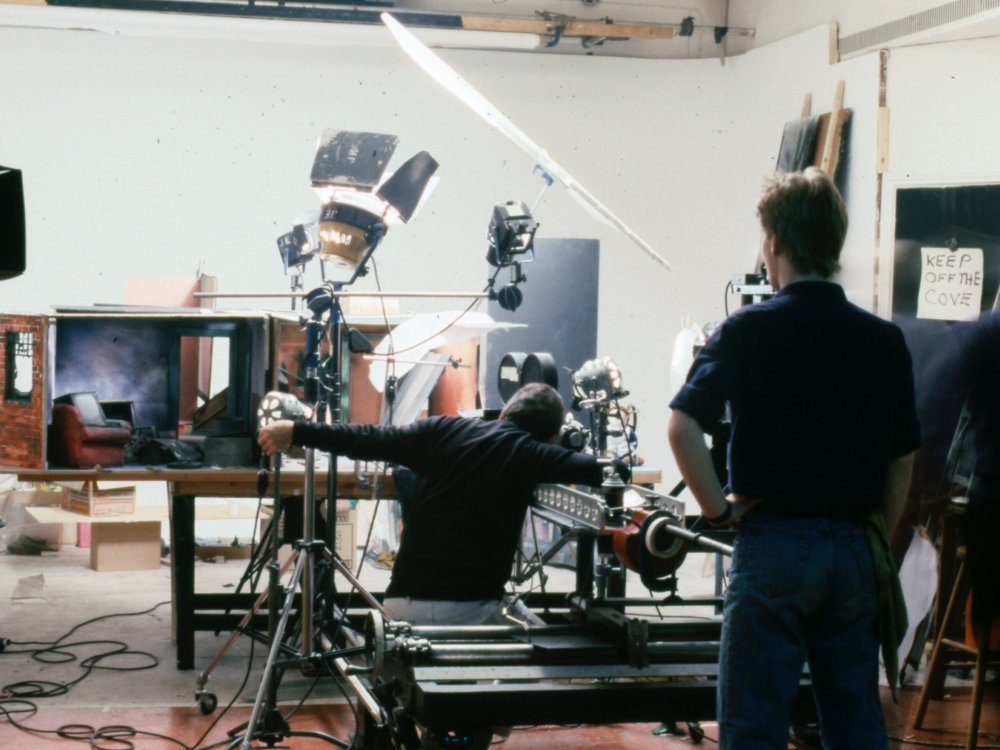