What makes a French film noir?

Cordon noir: here are the prime ingredients that go into the French version of film noir, which produced many classic crime movies from the 1930s to 1970s. 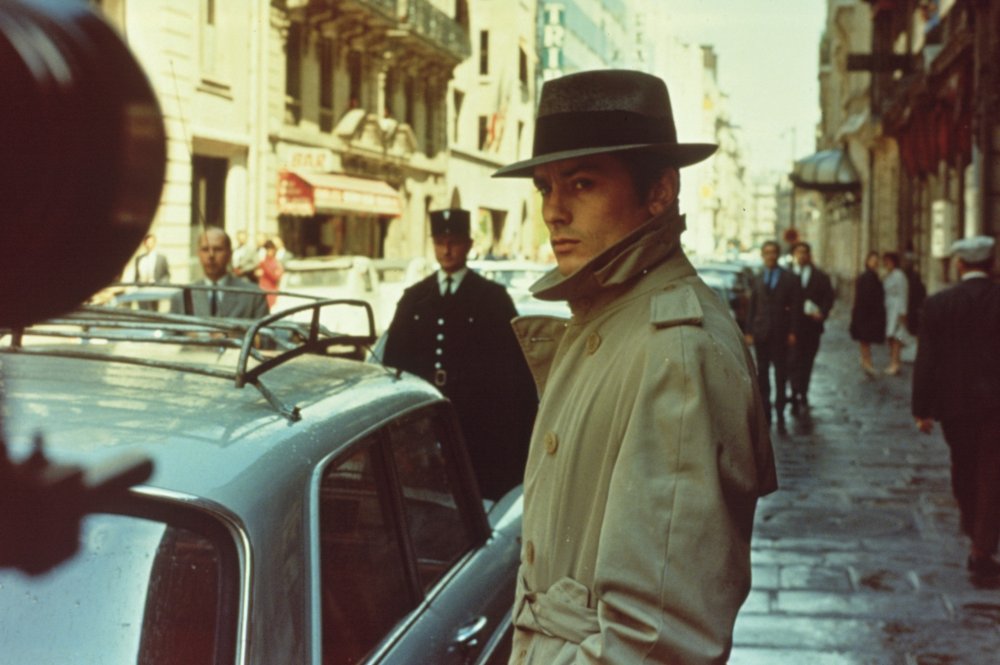 Informed by the street-level 19th-century fiction of Balzac and Victor Hugo, the low-life crime novels of Georges Simenon and Mac Orlan, the street photography of Brassaï and the expressionist photography of German émigrés, French noir cinema revels in a romantic, lyrical depiction of grimy working-class lives. 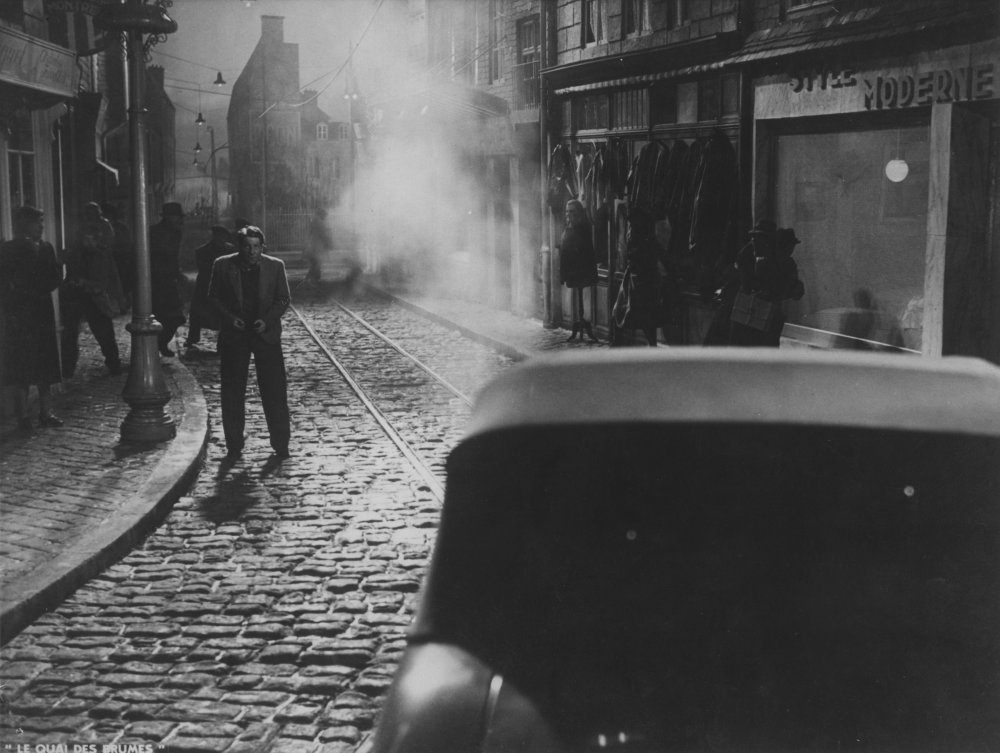 From the mid 1930s to the late 1960s, actor Jean Gabin was the heart and soul of French film noir. In such poetic-realist films as Pépé le Moko (1937), La Bête humaine and Le jour se lève (1939) this pug-handsome brute played French noir’s defining archetype: the doomed working-class antihero, an alienated loner, haunted by the past and resigned to his bleak fate with a rugged fortitude. 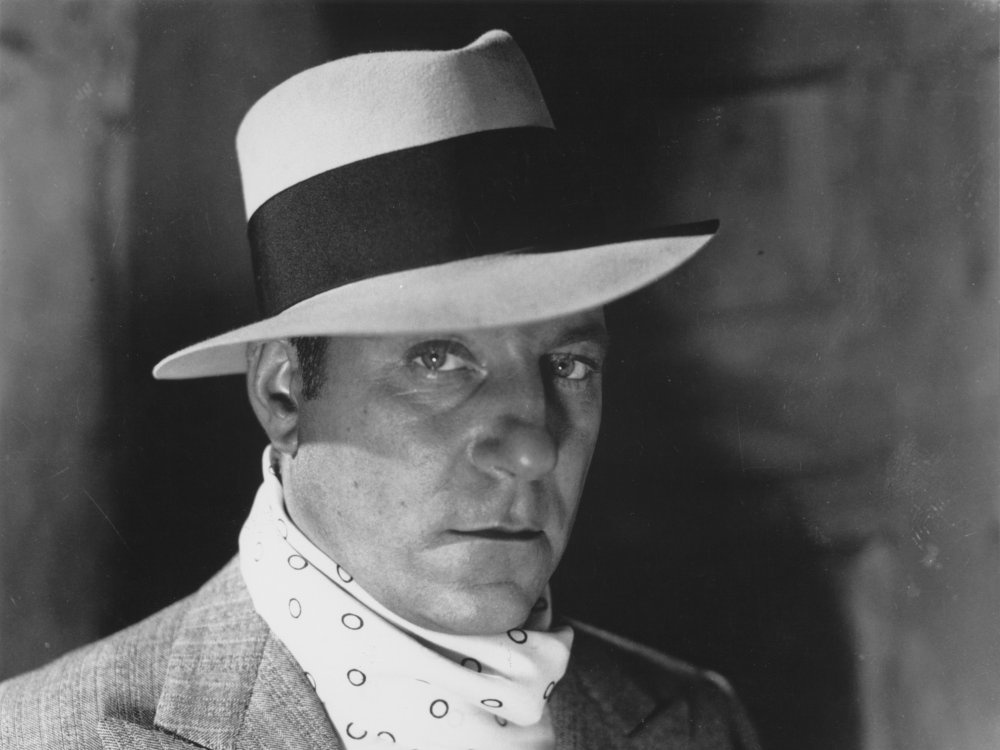 His tough, laconic reserve also became the model for the majority of male leads in postwar French noirs, with actors who either physically resembled Gabin (Lino Ventura, Jean Servais, Roger Duchesne) or stars such as Jean-Paul Belmondo and Alain Delon who repurposed Gabin’s strong, silent qualities into something far more playful (Belmondo) or sinister (Delon).

The dangerous sexual woman is as much a part of French noir as its US counterpart – with one important difference. In the ‘poetic realist’ films of the 30s the performances of, say,  Janie Marèse in La Chienne (1931), Viviane Romance in La Belle Equipe (1936) and Mireille Balin in Pépé le Moko lack the tough emotional independence and subversive power of their US sisters. These women are ultimately doing it all for their men. 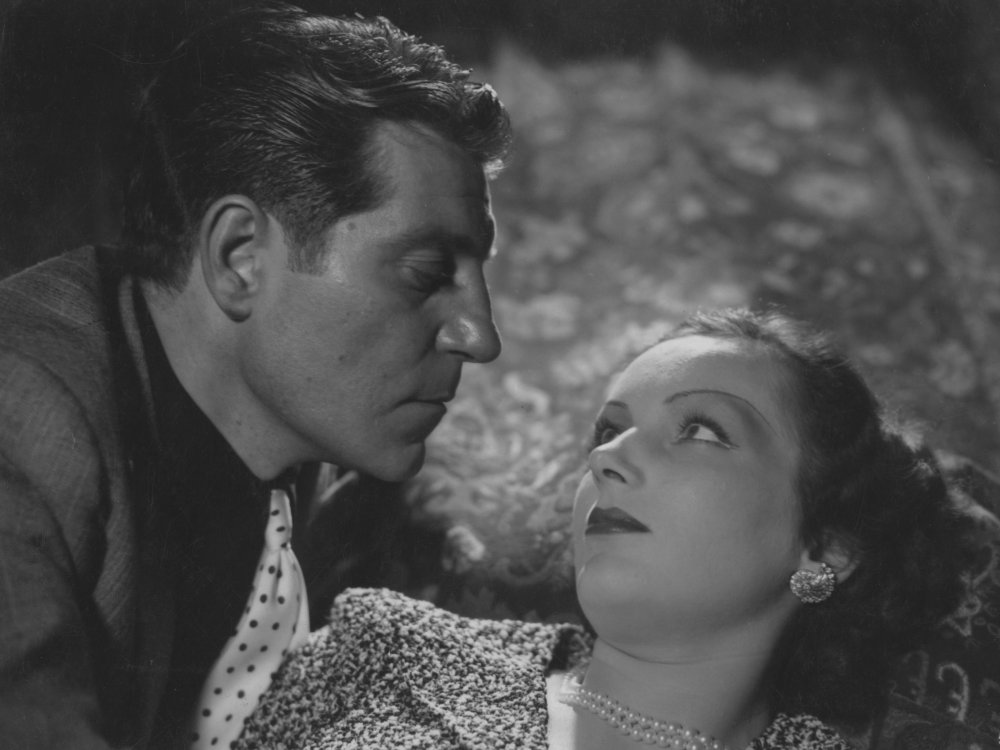 After the German occupation, the vamp became a symbolic scapegoat for the nation’s shame, most fascinatingly in Julien Duvivier’s Voici le temps des assassins (1956), where Jean Gabin’s respectable restaurant owner is brought low by the depraved daughter of his drug-addict ex-wife.

In the postwar policiers (police movies), women are reduced to gangsters’ molls to be slapped around, while in the films of Jean-Pierre Melville women have virtually disappeared, reduced to mere plot accessories.

4. Stir in some collective guilt

The German occupation of 1940-44, the Resistance and the years of civil unrest that followed resulted in a run of French noirs heavy with disenchantment, their haunted male characters the epitome of cynical resignation. Unlike the US noirs, there is no movement between the worlds of light and dark. 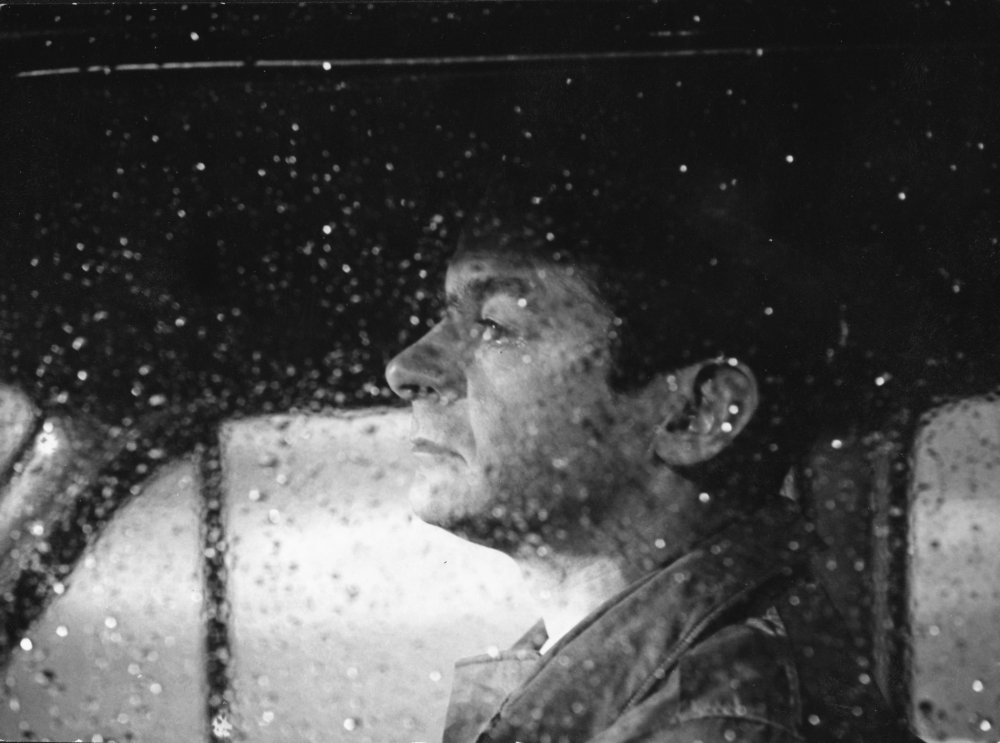 Instead, characters in films such as Les Portes de la nuit (1946), Quai des orfèvres (1947) and Une si jolie petite plage (1948) are trapped within a permanent midnight, a hell on earth. In policiers such as Melville’s Le Deuxième Souffle (1966) and Le Doulos (1962) there is the sense that everyone is already guilty. The only morality is the criminal code; the only honour, honour among thieves.

5. Add a pinch of existentialism

In blending the fatalism of the prewar social realist films with the hard-boiled style of the US noirs, the postwar French noirs played out like Camus novels – ruminations on the futility of existence in a meaningless universe. 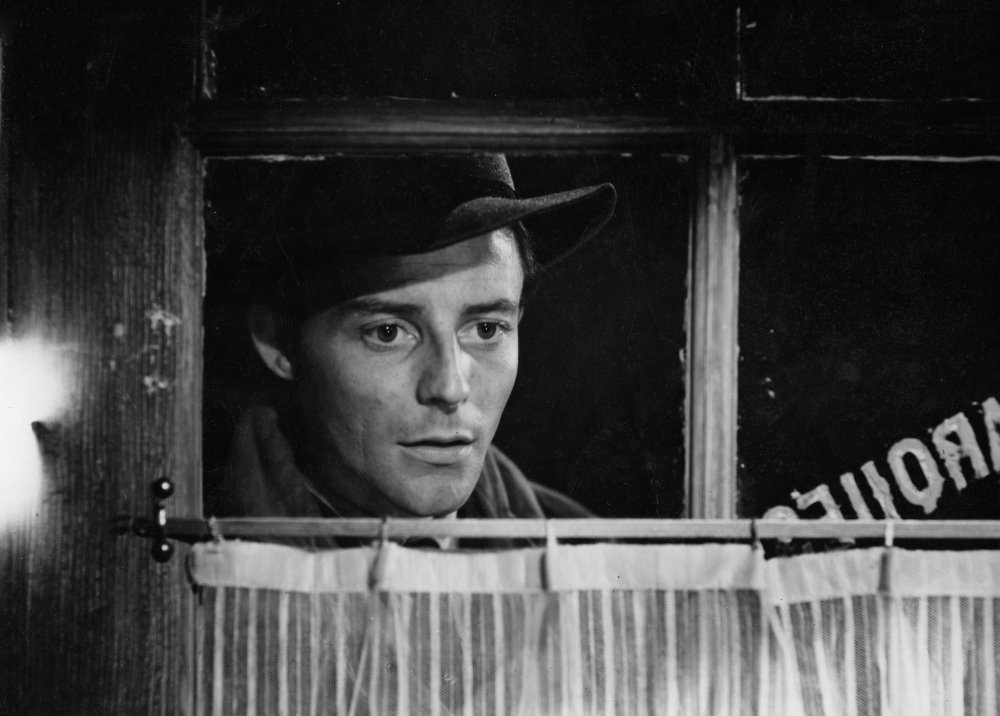 One of the most extreme examples is Une si jolie petite plage in which matinee idol Gérard Philipe plays an ailing young man returning to the rundown seaside town of his youth in order to commit suicide. But the same futility of activity and distaste for existence is present in all of Melville’s later noirs and in such New Wave noirs as Louis Malle’s Lift to the Scaffold (1958), whose grim ending underlines the uselessness of everything that went before. In Jean-Luc Godard’s Breathless (1960), Jean-Paul Belmondo’s character, Michel, is asked to choose between grief and nothing and says: “Grief is stupid. I choose nothing.”

In US films such as This Gun for Hire (1942), Murder, My Sweet (1944) and The Big Sleep (1946), the .45, the trench coat, the flash car, the cigarettes, the fedora etc all have a definite function as details of realism that define plot and character, but in many postwar French noirs such details are fetishised and pastiched in a self-reflexive manner that values detail and atmosphere, style and spectacle over realism and narrative drive. 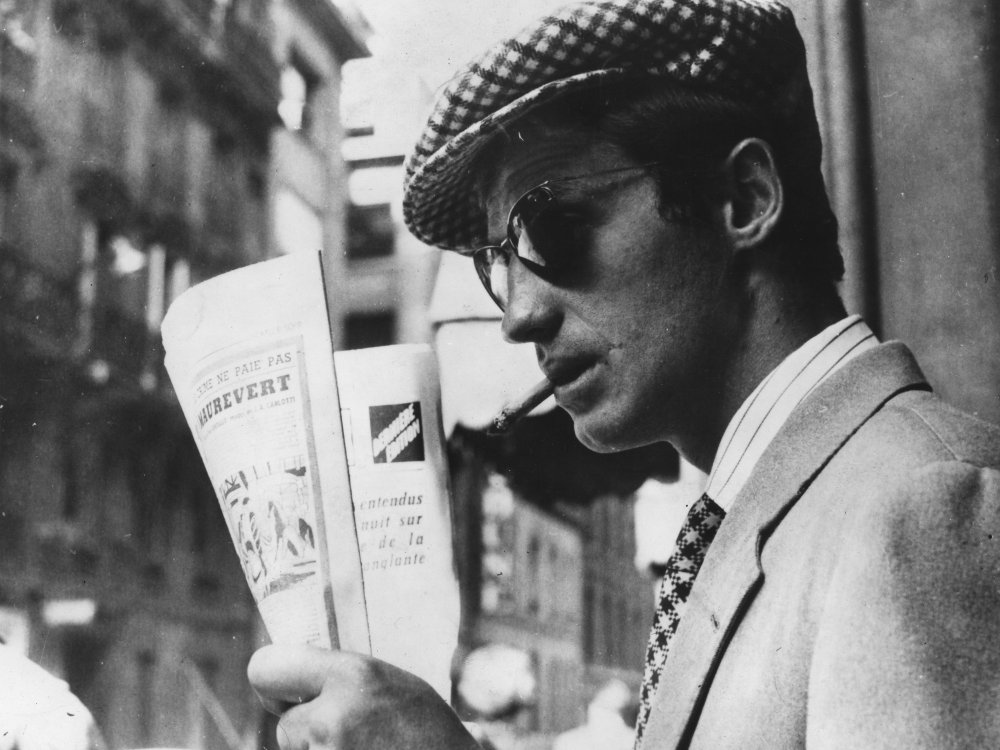 More extreme cases would be the 20-minute heist sequence in Jules Dassin’s Rififi (1955), which, executed in almost total silence, fetishises the process of the robbery almost to the point of abstraction. Then there’s Jean-Pierre Melville’s Le Samouraï (1967), a minimalist exercise in pure style, which remakes the Alan Ladd thriller This Gun for Hire, stripping it of sex, emotion, realism and hard-boiled dialogue so that all that remains is a chill romantic dream of existential detachment in colours of blue and grey.