Lucky dip surprises: What is the Experimenta Mixtape? 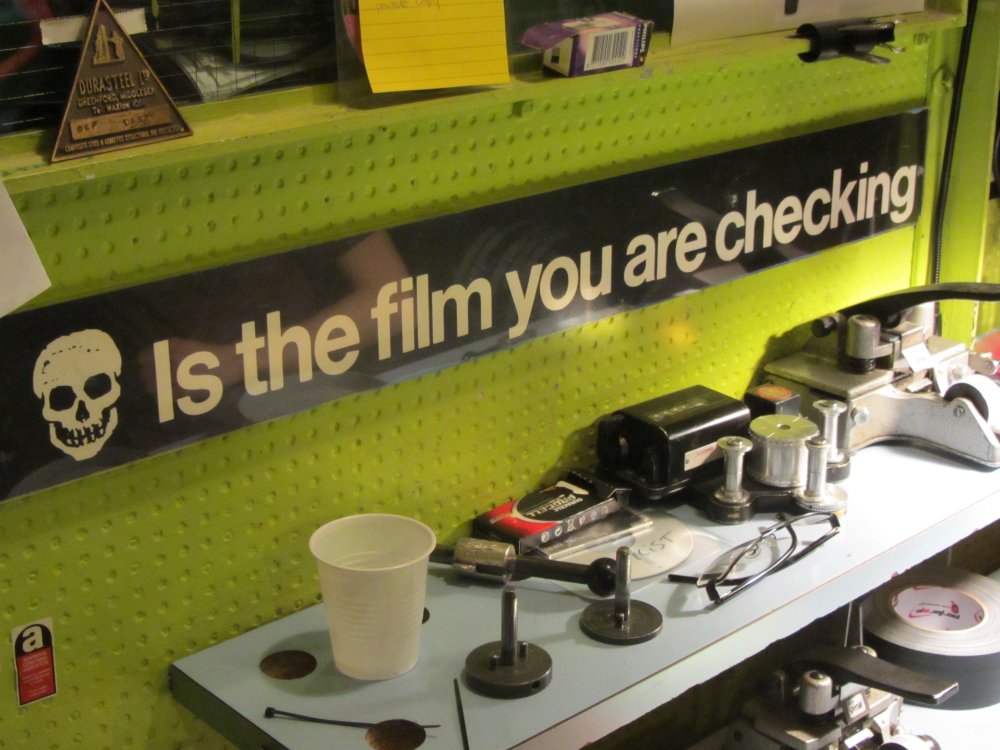 What is the ‘Experimenta Mixtape’?

It’s a new series in the monthly BFI Southbank Experimenta stand. No introductions, no guests, no information about what will show in advance – at all – but a much broader range of films.

Expect early cinema pieces, music videos, short films, maybe even adverts, as well as artist and experimental films. In theory, no hierarchies. Some experimental classics will feature but they won’t be highlighted and it’ll be up to you as to whether you think they’re good, relevant or important or not.

Programme notes are given out at the very end and these include information about each film and their maker, meaning you can follow up and learn more about anything that you like or find interesting. We’ll be doing six or seven through 2019 and the intention is that it will be an ongoing, regular thing. We invite people to hang out and chat at the bar afterwards.

What was the thinking behind it?

This has been quite a long time coming, with a lot of different thinking feeding in. For one, I had been struck by the fact that more people are interested in artist and experimental film but that might not think about going to the BFI, perhaps because of the amount of stuff that gets shown here. I could see how it might be quite intimidating or overwhelming if you’re not regularly immersed in the screening schedule.

This seemed like a way of opening up, and perhaps lightening expectation. Also, for anyone just starting to show interest in experimental film – as well as for seasoned viewers – the descriptive texts and themes involved can often feel like a barrier to just having an experience. 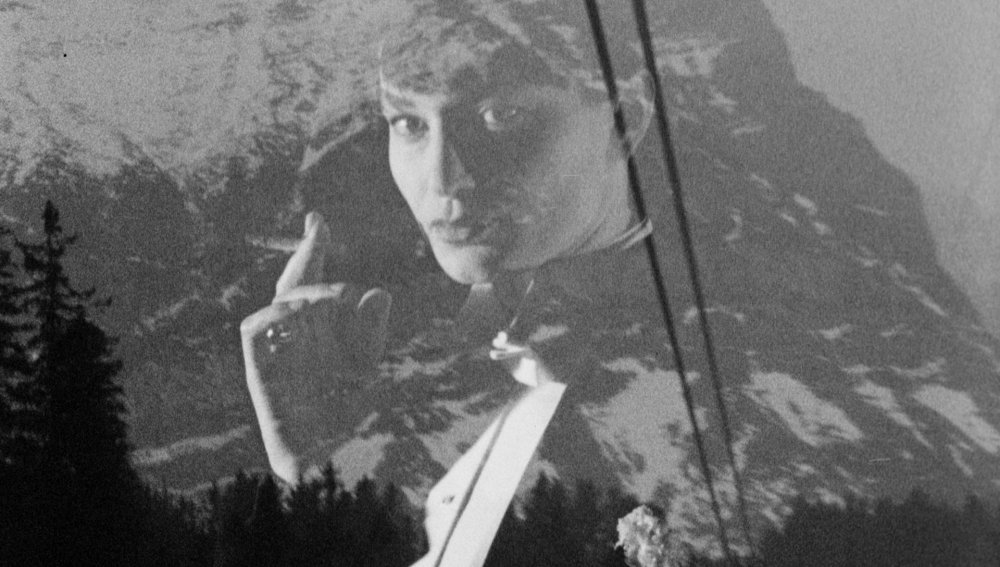 I’m interested in what it means to just see things without being prepared or given a lot of context. What do they mean then, and how do they resonate? Some works would probably feel quite different. And what would it mean to show artist film alongside short narrative pieces, etc? A lot of people are putting on interesting screenings and rethinking how to show films and I think it’s important that the BFI takes some risks in this way too.

But the immediate context was that we put on an event during the BFI’s Comedy Genius season that presented remixed sketches from the horror comedy TV show Jam alongside broadly sympathetic experimental and independent film and video pieces, in part trying to recreate a sense of the original Blue Jam radio series, which incorporated music and had quite an uncanny, woozy feel as things flowed in and out.

We provided very little information in advance and this seemed to really work. In many respects, that was the first Experimenta Mixtape, though it wasn’t called that. When I told someone about all this they reminded me that Stanley Schtinter had also presented unannounced, secret films during his Liberated Films season at Close Up cinema (though these all had introductions and the films were features. And I had even introduced one.) If you can believe it, I hadn’t consciously thought about this, but of course it must have fed into the mesh, as I think did Tony Jones’s 16mm open screening event at the 2018 Flatpack Film Festival.

Tony screened a broad range of films that he had shown back in the day at the Birmingham Arts Lab but again didn’t announce them and there was little sense of a structured programme as such. Films just followed films. Exploding Cinema have also being doing this as part of broader screening and event evenings for a long time too.

What have the Experimenta Mixtapes been like so far?

What’s been interesting is that people seem to feel more confident to just say what they think, whether they like something or not, or whether they think it works, or not. For all this discussion, it’s actually quite a modest thing, and it’s an experiment. Perhaps people then just feel they have can have uncomplicated reactions, and there’s less at stake. It’s all been very positive, but it’s been a powerful reminder of just how subjective taste is.

In terms of the programmes themselves, as an example, the first one in January opened with a 10-minute Japanese music video before then going into an experimental documentary from 1969. 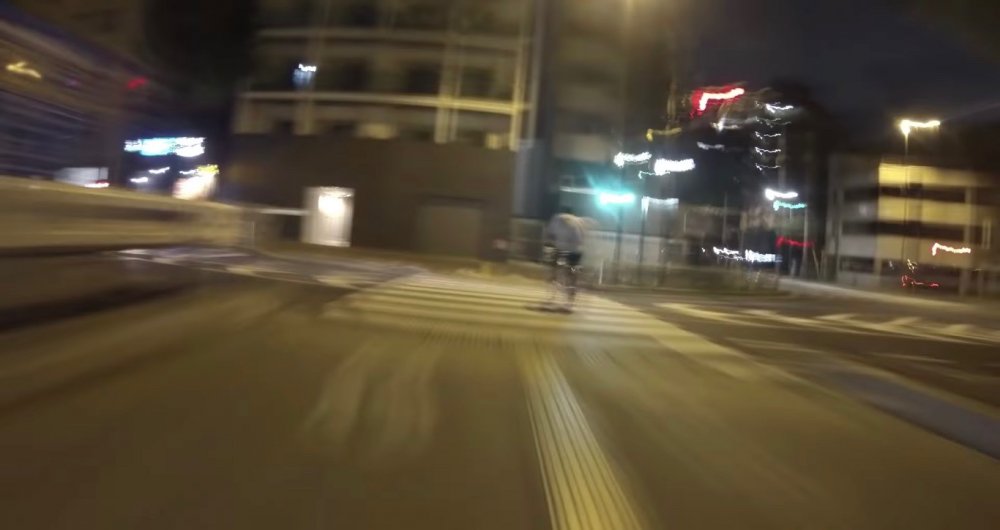 Is it just a chance to show all your favourite short films?

Ha! Well in some ways very much yes, but many factors feed into the selection process. I’m very consciously trying to think about breadth and diversity of voice, and also just showing things that I’ve had the privilege of discovering in the BFI National Archive but which I’ve not yet had the context or the chance to screen before.

In some cases, things are being screened that I think artist film enthusiasts will find interesting – such as unusual films from the very beginnings of cinema. I’m keen to show contemporary work alongside films from all different periods. Of course, this is a profoundly subjective enterprise, but at least that’s completely prefaced here.

A lot of thought is give to the tone of each film and how they relate sequentially. This can guide the film selection process quite substantially, creating further sparks and interventions in the process.

Do you intend to invite other people to curate or programme mixtapes too?

Yes, I would love to and in fact one of my BFI colleagues is due to programme or curate one later this year. I am also aware that if we do this, we need to pay and resource any external artists or curators properly.

On a related note, despite all the secrecy, one of the reasons behind the programme notes and this very webpage is to highlight the artists that feature and contribute by way of their films. You can download the list of films that play and the accompanying notes, month-by-month, below: