Med Hondo’s Caribbean epic West Indies is both an exhilarating big-budget tribute to American musicals and a scathing indictment of colonialism. So why has it barely been seen since its release 40 years ago? 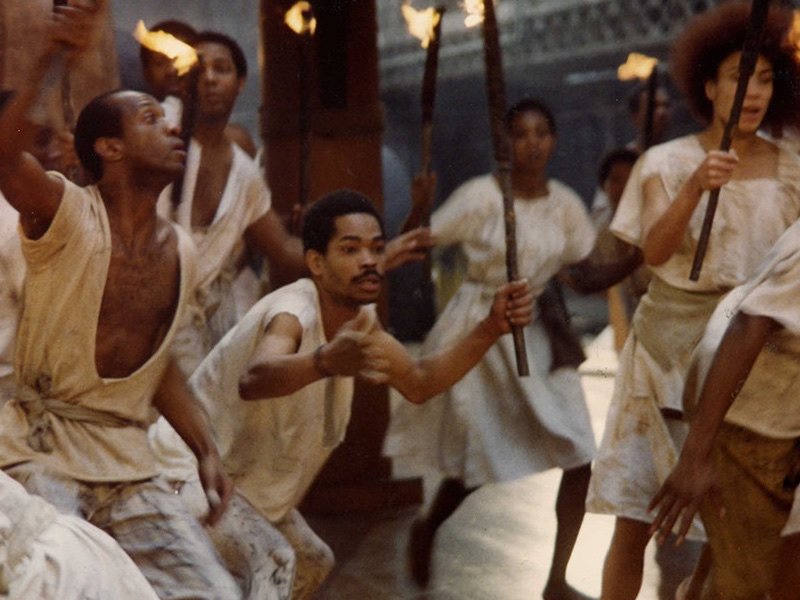 West Indies: The Fugitive Slaves of Liberty screens at BFI Southbank as part of the season Med Hondo: Africa on the Seine

In his 1979 essay ‘What Is the Cinema for Us?’ the great Mauritian filmmaker Med Hondo argued for the importance of films made by and for the African and Arab diasporas habitually excluded by the mainstream, and how they might be freed from the monopolies of American and European filmmaking to grow into a thriving independent national cinema.

“Throughout the world,” he wrote, “when people use the term cinema, they all refer more or less consciously to a single cinema, which for more than half a century has been created, produced, industrialised, programmed and then shown on the world’s screens: Euro-American cinema.”

This desire for cinematic liberation was an abiding concern throughout Hondo’s career, notably in his experimental and provocative film Les Bicots-Nègres vos voisins (1974). In the same year that he wrote this essay, Hondo made his most audacious attempt to beat Hollywood at its own game with his extraordinary musical West Indies. “I wanted to free the very concept of musical comedy from its American trade mark,” he said. “I wanted to show that each people on earth has its own musical comedy, its own musical tragedy and its own thought shaped through its own history.” 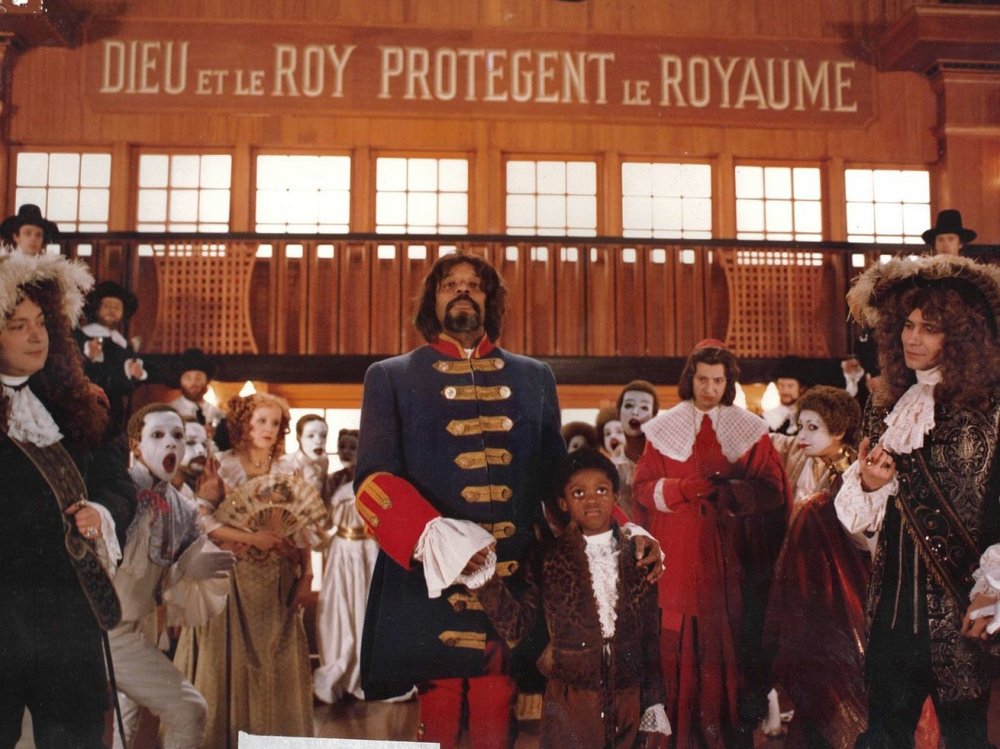 West Indies began life on stage, with Daniel Boukman’s play Les Negriers, an adaptation of which Hondo directed in Paris in the early 70s. It took him seven years to bring a film adaptation to fruition, and for a long time it seemed like a dream that would go unfulfilled, with the $1.3m budget required being far beyond the means of African filmmakers at that time, and certainly beyond an artist who had self-funded his work up to that point.

Nevertheless, Hondo remained uncompromising in his vision, refusing to alter his script to make it more accessible or palatable to a mass audience. He even sought funding in Hollywood, the home of the musicals that had inspired him. But when Warner Brothers and MGM expressed an interest in funding the project, he rejected both offers after they requested changes to the film’s content. “I told them: Fuck it. If it’s not the same subject, why ask me to do it? Do it yourself.”

The film Hondo finally produced in 1979 is a bold convergence of theatrical and cinematic techniques. Hondo built a huge wooden slave ship inside an abandoned Citroën factory in Paris and used this as the stage for his vision. The key theme at the heart of all Hondo’s cinema was colonialism, exploring both its history and its contemporary repercussions, and in West Indies he attempts to compress four centuries of colonialism, slavery, bloodshed, hypocrisy and corruption into two hours on a single set. 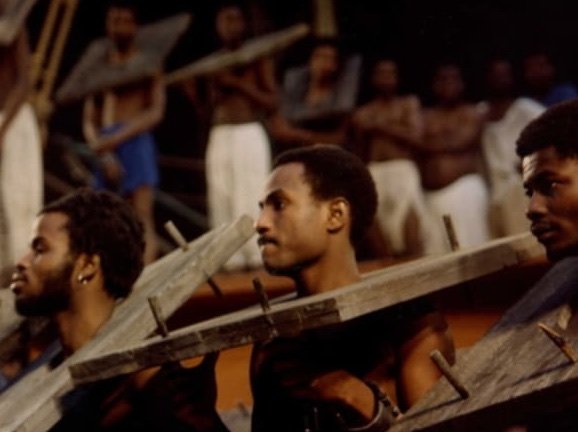 He takes us from Jean Aubert introducing sugar cane cultivation into the French Antilles in 1640, to the slave trade between the West Indies, Africa, Europe and America, and then to modern Caribbean emigrants travelling to France in pursuit of the better life that has been promised them, only to find prejudice and servitude awaiting them.

Hondo’s camera is always on the move as he shifts fluidly back and forth between these time periods, often jumping decades or centuries within the same shot. He uses the design of the ship to heighten the power dynamics between different groups of people, with the figures representing politics, capitalism and the church sitting on their thrones and gazing down at the oppressed masses in the hold.

The dance numbers that punctuate each of these historical vignettes are dynamic and expressive, with Hondo incorporating a variety of styles and moods: from the stately minuet dancing on the upper decks to the vibrant protest dances below, and from swing dancing on the streets of Paris to the rhythmic beating of slaves’ chains.

West Indies is an exhilarating cinema experience, but nothing in the film is done purely for spectacle. Every choice Hondo makes has a sense of purpose and passion behind it. The film is a scathing and unapologetic attack on French imperialism and racism, which might partly explain the many negative reviews it received when it was released there in late 1979. 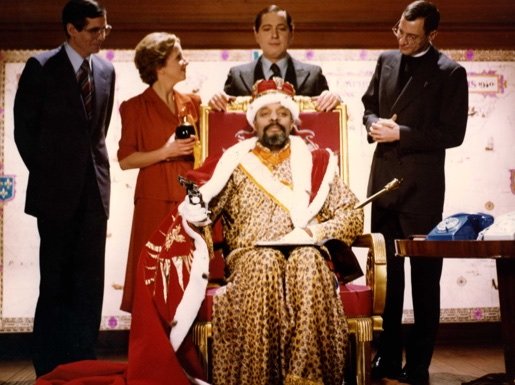 West Indies should have been instantly hailed as a classic and as a new benchmark for African cinema, but after its mixed reception in France the film never achieved a wide release and it gradually slipped out of circulation. Its reputation continued to shrink as it failed to receive any kind of home video release over the next four decades, and even an admirably wide-ranging list of 50 great foreign-language film musicals compiled by Vulture Magazine in 2015 failed to mention Hondo’s magnum opus. When Med Hondo passed away earlier this year, it’s likely that many people recognised his name more from his career as a voice actor – dubbing the likes Eddie Murphy and Morgan Freeman for the French market – than for his brilliant but obscure films.

Hondo’s debut feature, Soleil O (1967), recently found a new audience after being restored by the World Cinema Foundation, and one can only hope that his other masterpieces – such as West Indies and Sarraounia (1986) – will be next in line for restoration and redistribution. The time for Med Hondo to be widely recognised as a visionary filmmaker, and for West Indies to enter the canon as one of the most vital screen musicals, is long overdue.