Waverley Steps: a day in Edinburgh

Curator Patrick Russell is intrigued by the abiding romantic power of Waverley Steps, a 1948 evocation of the Scottish capital that helps chart a time of transition in postwar British documentary. 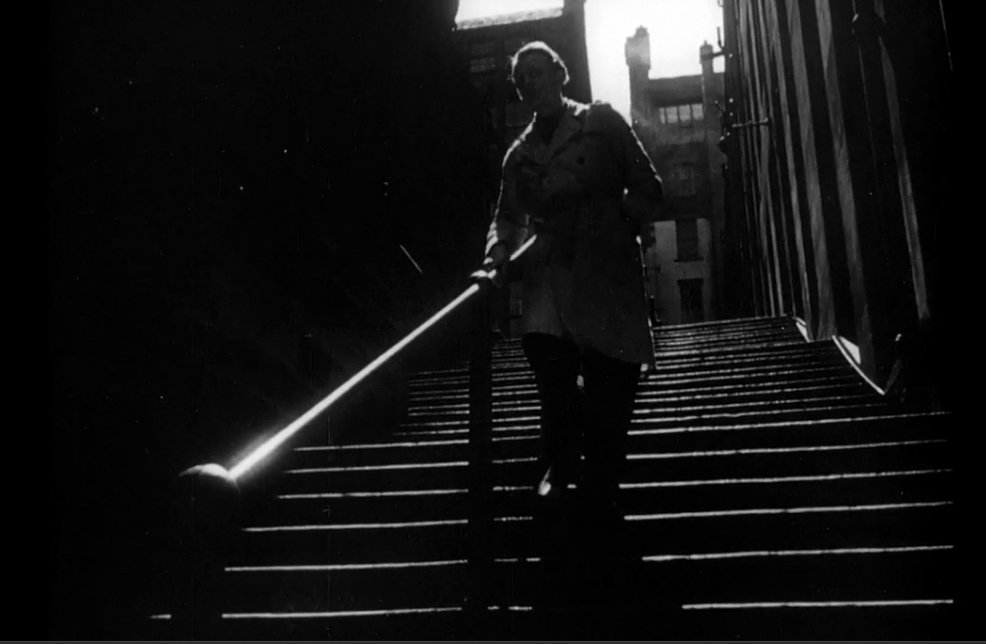 The sure sign of the cinematic romantic – someone who’s spent much too much of their life in darkened screening rooms – is that they often find themselves making involuntary cinematic connections to things happening in their actual lives. Not the big life-changing events so much as the smaller passing moments. Example: me, visits to Edinburgh and the film Waverley Steps (1948).

I’ve done the London to Edinburgh trip more times than I can remember, almost always by train. With its sweeping coastal views, the final stretch of that journey – the last 90 minutes or so, from Newcastle onwards – has to be among Britain’s most beguiling. But in the final minutes, as Edinburgh approaches, the pictures invariably entering my mind’s eye are black-and-white and academy-ratio, pin-sharp but steam-filled, and accompanied by breezy, brassy swing. Those are the images and sounds that open the 1948 film – conjuring up both the apparent optimism of their precise postwar moment and the world of possibility eternally awaiting the arriving traveller.

Having arrived, as I ascend Waverley Steps (on foot if travelling light, by escalator if carrying luggage), images from the eponymous film will sometimes flicker across my mind: a pleasing contrast with the modern shopping centre that today surrounds the ascent.

Waverley Steps (the film) is, I should stress, something less than a masterpiece: it’s a thoroughly contrived piece of filmmaking which won’t appeal to everyone. But if you haven’t seen it I encourage you to find a spare half hour, pour yourself something conducive to a relaxed mood and luxuriate in a very pleasurable viewing experience.

Produced by Greenpark Productions and directed by John Eldridge, Waverley Steps was sponsored by the Scottish Home Office, through the then still new Central Office of Information. Appropriately it was premiered at the second ever Edinburgh Film Festival and, unlike many longer sponsored films, received a cinema release (note the United Artists leader on the digitised copy available here). But it was commissioned primarily for distribution abroad – particularly, of course, with the aim of encouraging visitors to the Scottish capital. 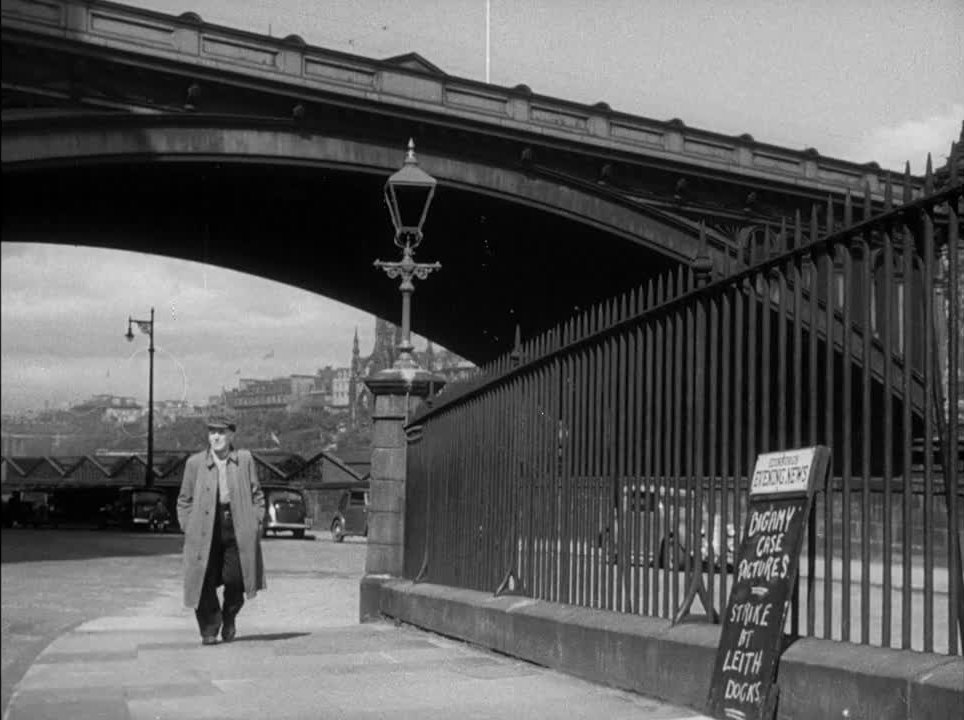 The film bills itself as both “a visit to Edinburgh” and “a glimpse into the lives of a few of its citizens”. I won’t waste space here on plot summary. Suffice to say the filmmakers subtly and cleverly weave together numerous picturesque locations and inviting leisure and cultural activities into an engaging overlapping storyline, enacted mostly by non-professionals.

Of course, there’s much for location-spotters to enjoy, and particularly noticeable is that while there are plenty of cars visible, on the whole the streets are remarkably traffic-free: look out, too, for scenes involving Edinburgh’s trams, eight years before they were closed (and 66 years before they were reopened). This spaciousness, enhanced by crystal-clear photography and the film’s many quietly reflective passages, gives it a real breath-of-fresh-air quality. 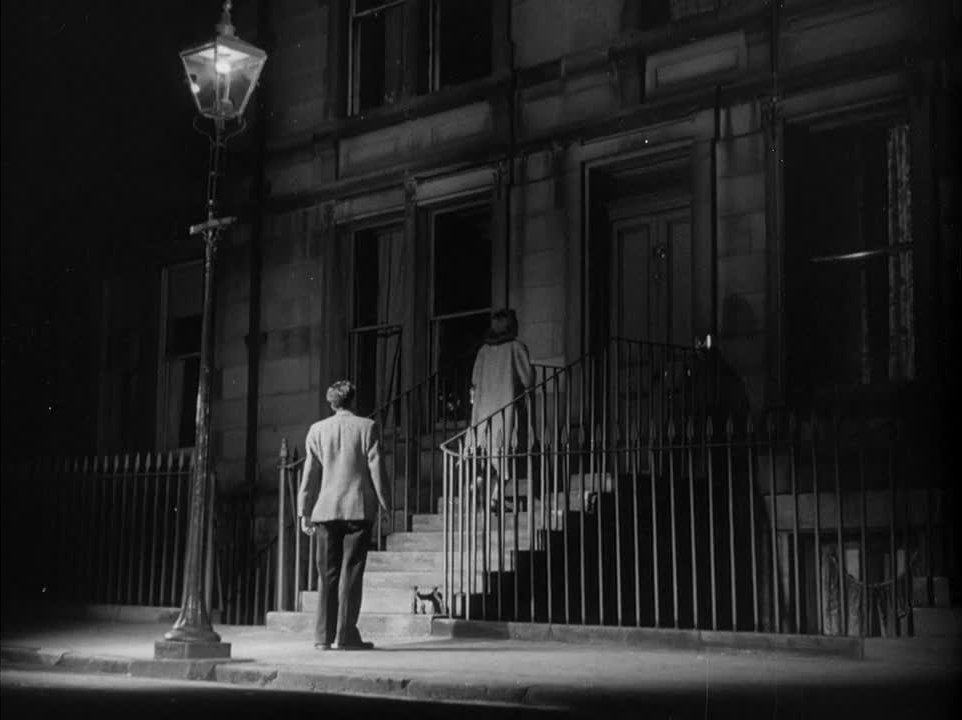 With my film-historian hat on, what intrigues me about all this is its place in the documentary industry, going through its late-1940s flux before settling into its postwar pattern. Waverley Steps blends several well-worn forms: the Listen to Britain-style collage, the ‘story documentary’ and the ‘city symphony’. (Almost everyone who’s written about Waverley Steps points out that it was reportedly modelled on Arne Sucksdorff’s Rhythm of a City – a Stockholm-set short sponsored by the Swedish tourist board that’s rather more genuinely experimental in its approach.)

But it also anticipates a shift into an era of largely apolitical filmmaking that’s usually more glossy than gritty. Greenpark Productions became the preeminent exponent of this polished ‘middlebrow arty’ tendency. At the same time, Waverley Steps offered a warning to filmmakers not to go out on too far a limb: the finished film was apparently disliked by its own funders, the COI.

Another aspect of the film is its position on the cusp of documentary and fiction. It’s not just its scripted storyline but also its highly constructed mise-en-scene that gives it its mini-feature film feeling. One recurring marker of this is director Eldridge’s extensive use of cutaways and multiple angles (for instance in the early sequence – starting about 01:38 – with the several different camera positions on the woman leaning out over the railway tracks). Eldridge was a gifted, underrated director whose 1940s films reveal a remarkably intuitive grasp of composition, movement, dialogue and pace. 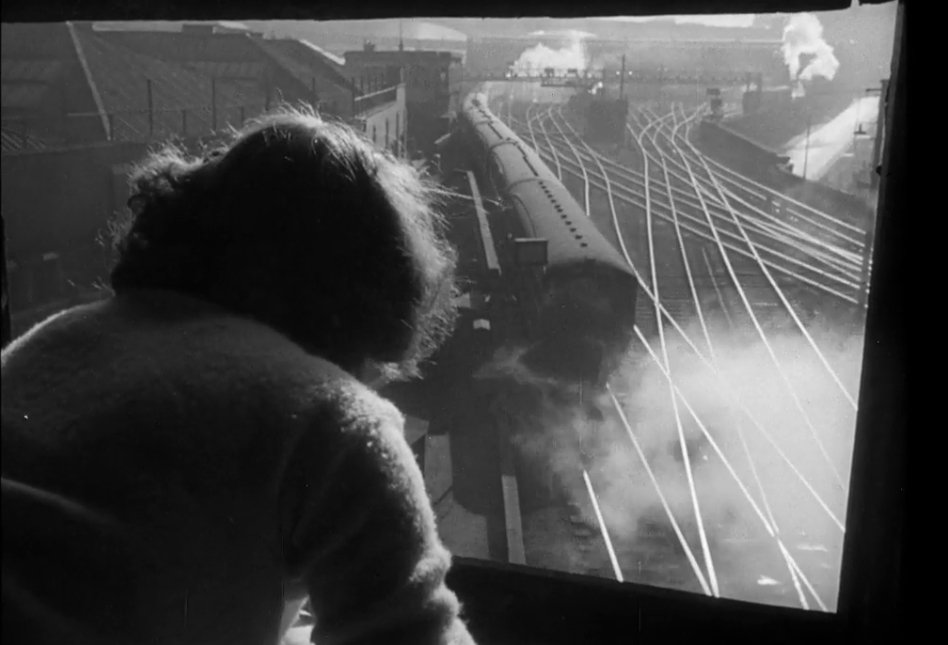 On BFI Player you’ll find several finely-cut jewels from Eldridge’s filmography. Village School shimmers with the bittersweet nostalgia of half-remembered schooldays while the scripted dialogue (by Dylan Thomas) and urban settings of New Towns for Old and A City Reborn (which also opens on an arriving train) more closely anticipate Waverley Steps. The same year as Waverley, Eldridge and Greenpark ambitiously applied the multi-story concept to an international canvas in their 58-minute film Three Dawns to Sydney, sponsored by the British Overseas Airways Corporation – the true future for the Greenpark aesthetic lay in patronage by industry rather than government.

Differing attitudes to drama have often been written about as the cause of something of a schism on the 1930s and 40s documentary scene. It inevitably led some documentarists into the arms of the enemy: the feature film industry. Eldridge was one such and belongs to a sadly long line of those who, having shown real mastery in their direction of shorts, directed a relatively disappointing run of feature films – cut short in Eldridge’s case by an early death from TB. 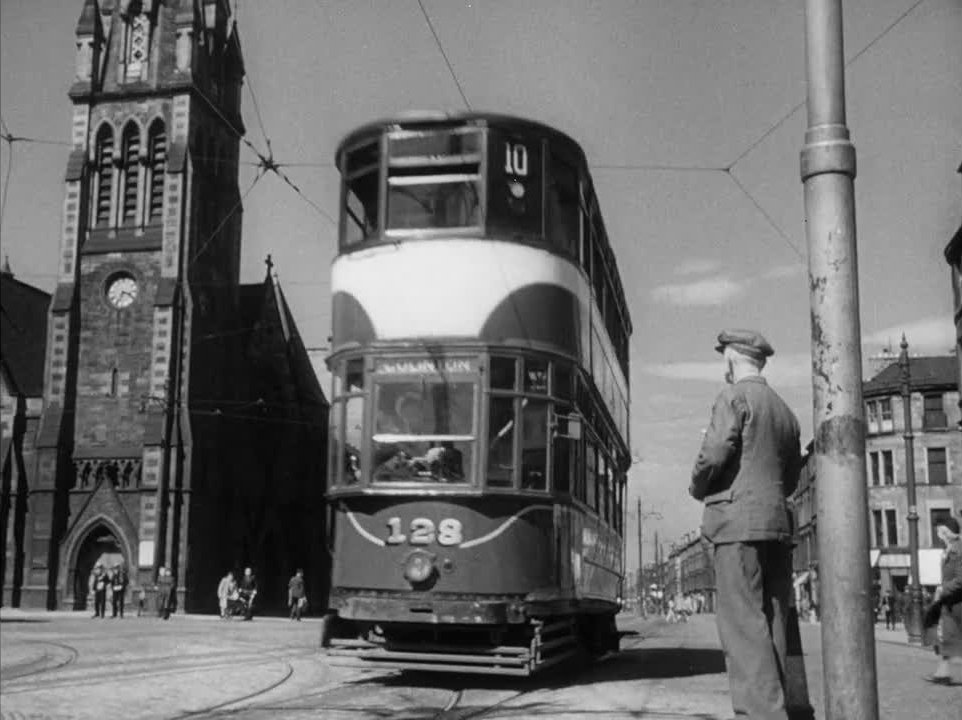 Knowing Eldridge’s fate adds some pathos to a viewing of the auspicious Waverley Steps. But to return to its picture of Edinburgh: it’s a rose-tinted but pleasantly melancholy one, and quirky round the edges. One contemporary criticism was that it could have been made in any city and doesn’t offer the viewer much actual information specific to Scotland’s capital. That’s true enough of the storyline, but it ignores the film’s pictorial values (much of it plays almost as a silent movie), handsomely showing off central Edinburgh. But I’d argue a deeper point: that its transitional Eldridge-Greenpark-postwar doc style is ideally suited to communicating something that is essentially Edinburgh. Something visitors still feel today and keeps them coming back: the inseparability of stately past and bustling present. Take a look and next time you visit Edinburgh see if it prompts in you the same agreeable ruminations it does in me during the escalator-ride up those famous Waverley steps.