Film of England’s 4-0 defeat of Ireland in 1905 is believed to be the oldest surviving footage of an England football team in action. 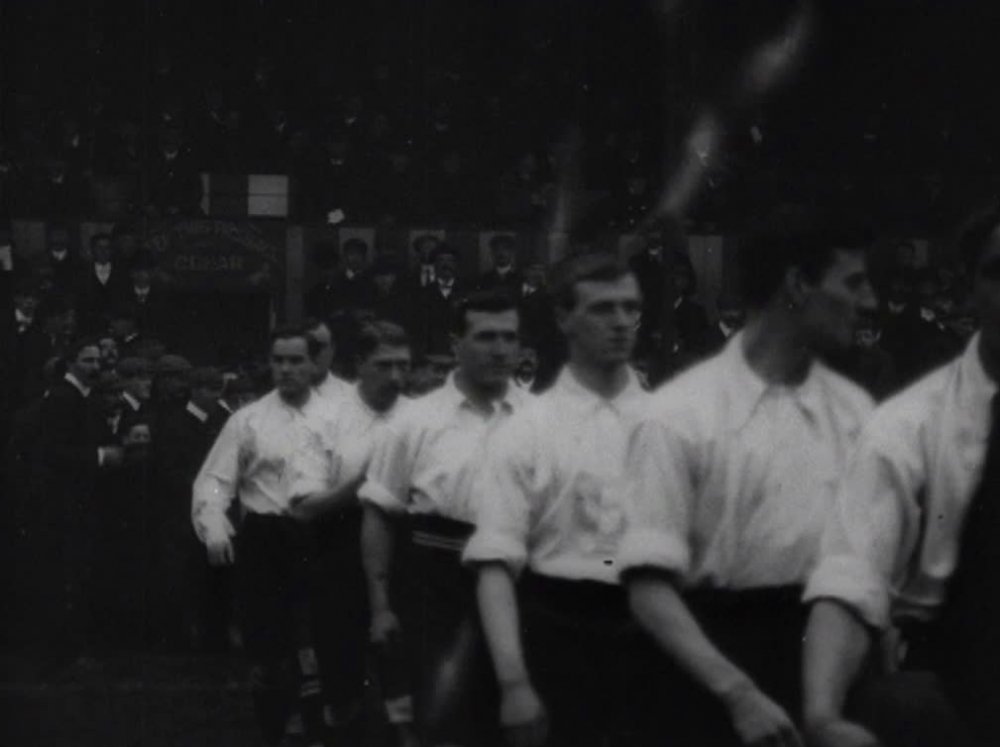 Extraordinary footage added to the BFI Player of England playing Ireland in 1905 is believed to be the earliest existing film of an England team playing football.

Captured by pioneer filmmakers James Kenyon and Sagar Mitchell, the match took place on 14 October 1905 at Manchester City’s Hyde Road ground and was watched by a crowd of 13,000.

The England team won the match 4-0, but as much of the action was filmed from behind the English goal, none of the goals were captured on film. We do, however, get to see a save from Derby County’s Harry Maskrey.

Though billed in local press as ‘England v Ireland’, the match was not a full international but an inter-league match featuring players representing each league.

Commissioned by American Bioscope, and subsequently shown at the nearby Empire in Manchester’s Ardwick Green, this historic footage offers a precious glimpse of a very early example of sports coverage.

Mitchell and Kenyon were early documentarists of life in Britain around the turn of the 20th century, who captured many such sporting events on film. An archive of their films was rediscovered in 1994 and was subsequently restored by the BFI.

Since then, the use of their work in documentaries such as the BBC’s The Lost World of Mitchell and Kenyon has caught the public imagination by picturing the people, places and pastimes of the Edwardian era. 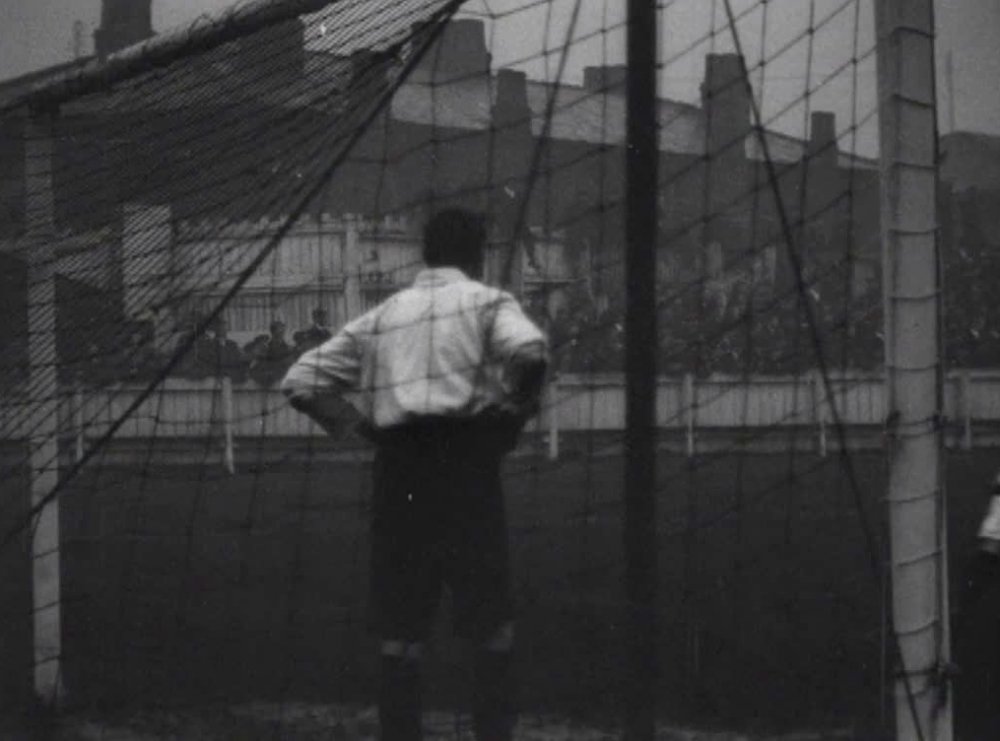 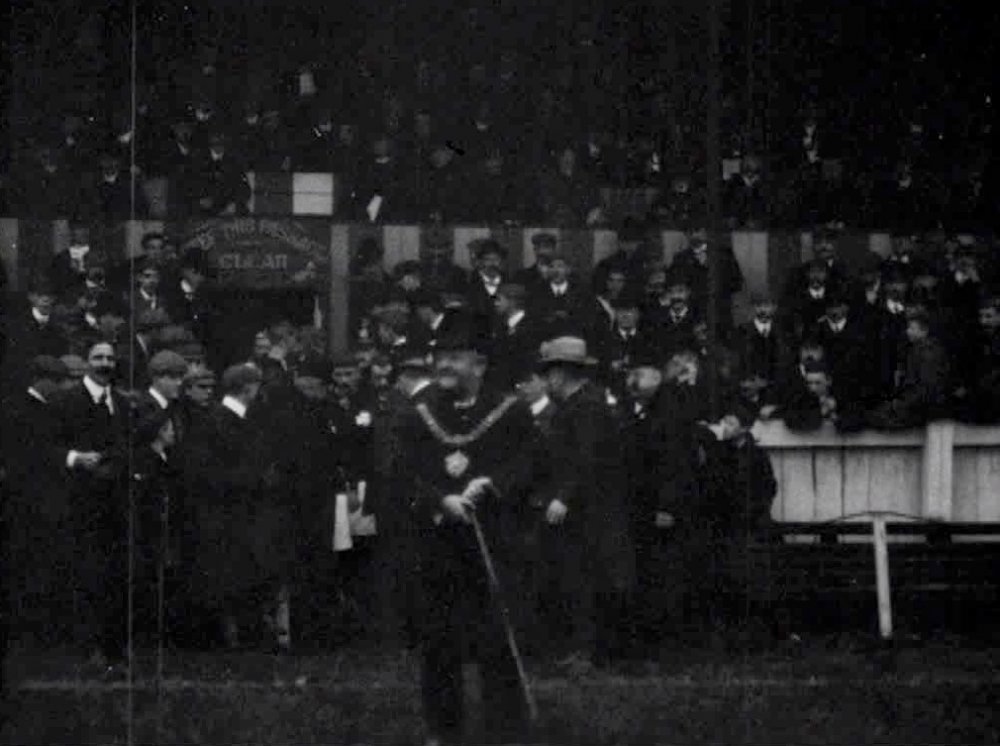 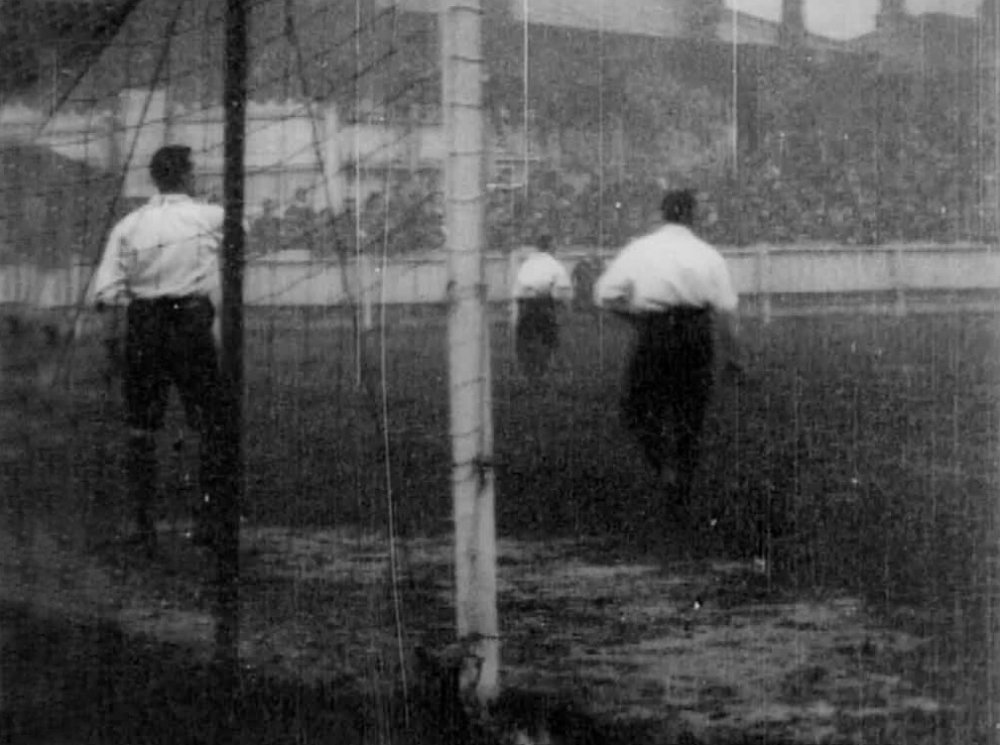 The BFI Player is available on desktop, android devices, iPads and now iPhones.