Wander women: vital films about women on the move

Why being on the move is often the only place left for the female protagonists of Jane Campion’s The Piano, Agnès Varda’s Vagabond and other key films about women wandering beyond the status quo. 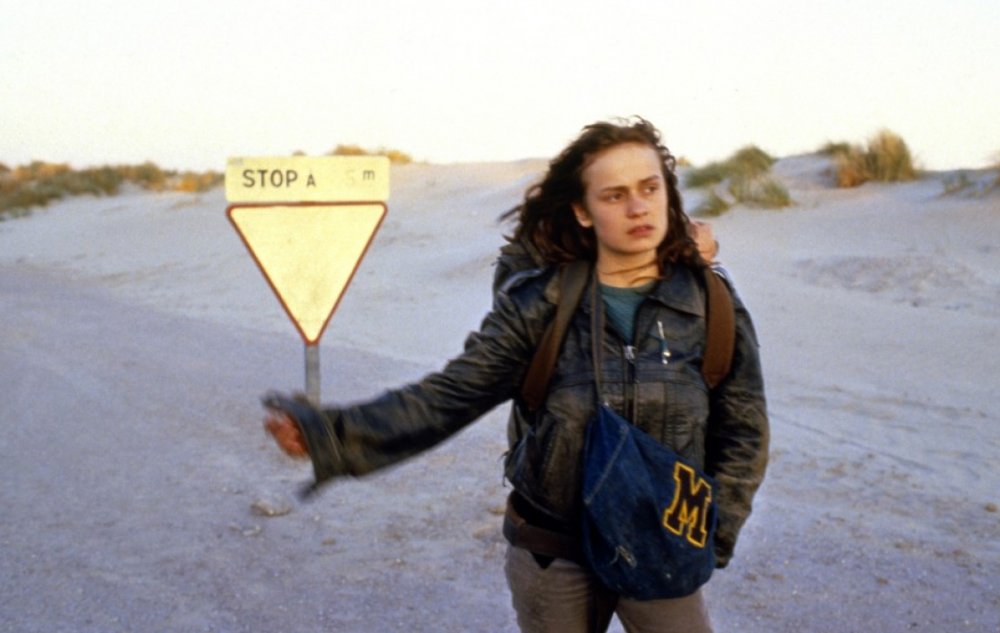 Throughout June 2018 the programme at BFI Southbank will be dedicated to championing work by and about women, including re-releases of The Piano and Vagabond and seasons dedicated to Agnès Varda and Ava DuVernay.

Buy tickets for The Piano at BFI Southbank

Buy tickets for Middle of Nowhere at BFI Southbank

“It seemed to me she came from the sea,” says the voiceover (delivered by the filmmaker) in Vagabond (1985), Agnès Varda’s portrait of austerity as a young woman – but it could equally be delivered by one of the settler women who act as a chorus in Jane Campion’s The Piano (1993).

Mona (Sandrine Bonnaire), the protagonist of Vagabond whose life is shown in flashbacks from the point of view of those who encountered her on the road in rural southern France, and Ada (Holly Hunter), player of The Piano that sails with her on her journey from Scotland to New Zealand as mail-order bride, have a mythic quality in common. They are too much for this world. Varda’s camera discovers Mona’s dead body in a frozen vineyard at the start of Vagabond, and Ada follows her piano into the sea in the penultimate scene of The Piano – Campion remarked at a London Film Festival masterclass in 2009 that she originally intended for Ada to drown. 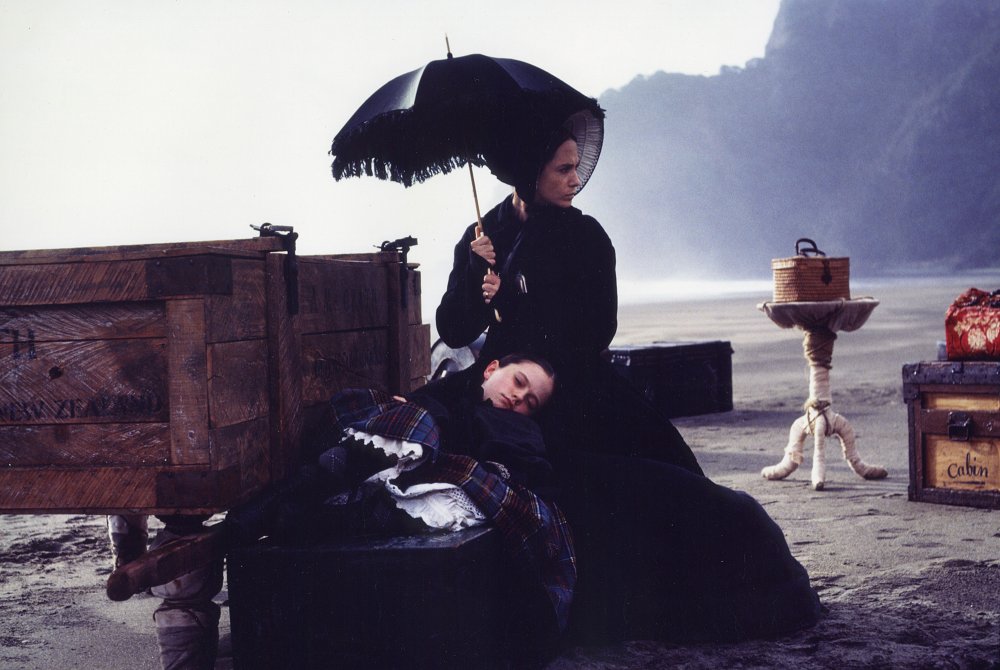 “What a death! What a chance! What a surprise! My will has chosen life!” says Ada in the closing voiceover, reminding the viewer that it was her will that had rendered her mute before the start of the film, and driven her to start an affair with Baines (Harvey Keitel), her husband’s intermediary with the Māori community, and eventually to leave her husband.

Mona, too, seems made of will and wire. She survives on almost nothing: barely any human contact, and bread as hard as her broken hobnailed boots. Her will moves the camera in its series of 12 tracking shots, scored by Joanna Bruzdowicz, that define the film. Varda said, in fact, “The whole film is one long tracking shot … we cut it up into separate pieces and in between them are the ‘adventures’” – Mona’s encounters with those who want to hold her in place.

Mona and Ada are that rare thing in cinema: women on the move, travelling. Varda titled her film Sans toit ni loi: without roof or rule, or outdoor outlaw. Mona is a model for subsequent women who wander. Their adventures may not follow the arc of the conventional quest narrative accorded to male heroes, but the very fact of their self-willed movement is just as significant. Women who wander, physically and beyond the social margins, contest the status quo: not necessarily unproblematically. The most mobile of Lucrecia Martel’s female protagonists, Verónica (María Onetto) in The Headless Woman (2008), kills an Indigenous boy while out driving, and traps herself in a denial dependent on adhering closer to her race and class privilege. 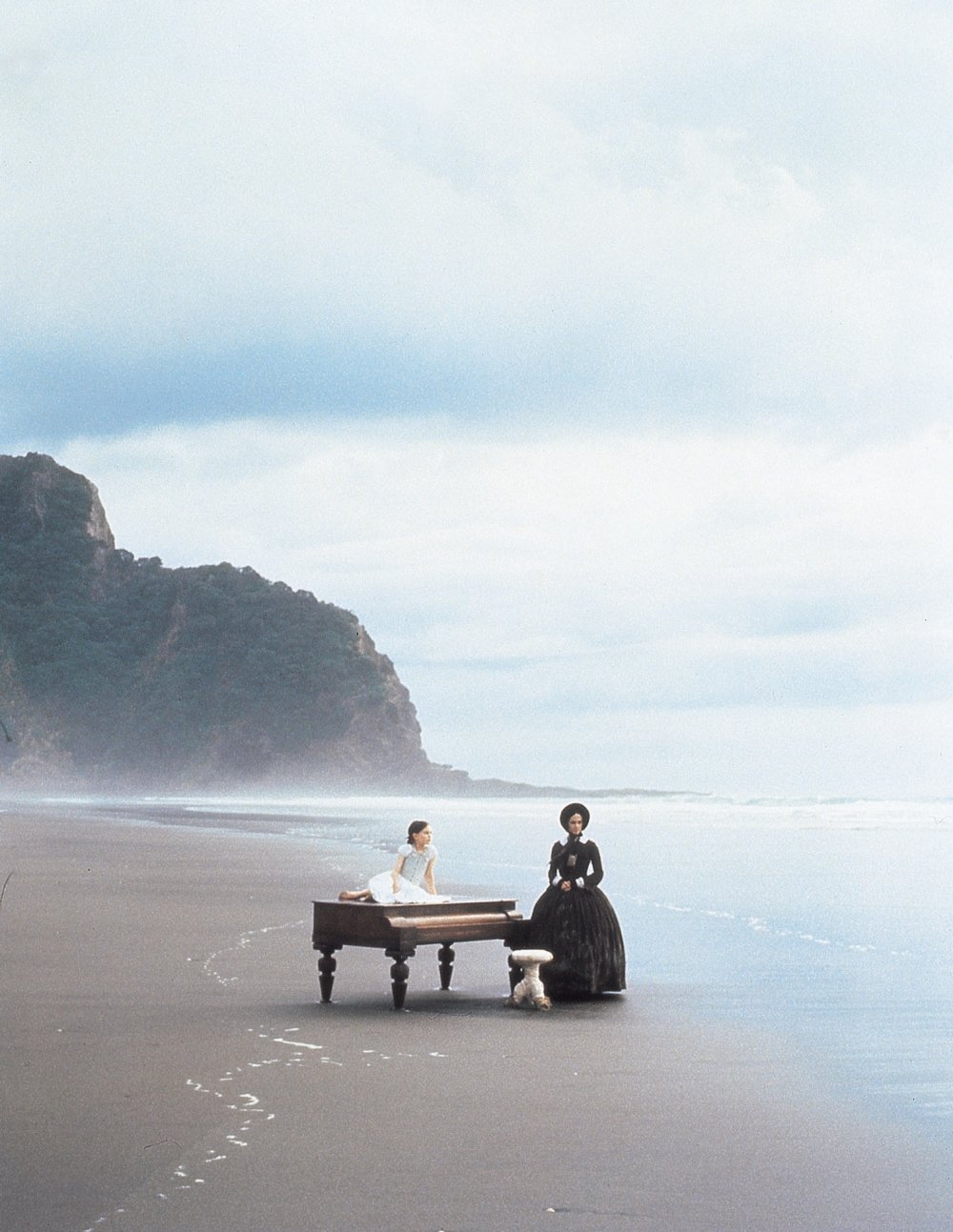 In The Piano, Ada’s place in the colonial system enforced by her landowning settler husband Stewart (Sam Neill) is a complex one: he regards her, until very late in the film, as property, treating her and her piano – which is her voice – as barter in the same way he regards the Māori lands he is trying to buy. Her refusal to stay inside the bounds of Stewart’s house, lands or Euro-western notions of decency tests that system, which presents itself as gentility, into revealing its true face. Realising the Bluebeard story that had been pantomimed for the Christmas show, Stewart cuts off Ada’s finger with an axe. “I clipped your wing,” he says. The price of heteronormativity and the traffic in women has perhaps never been more cinematically stated than in the image of Ada, clutching her fingerless hand and sinking into the mud, her inflated black skirts like a ship run aground – or like a piano stuck on a beach. 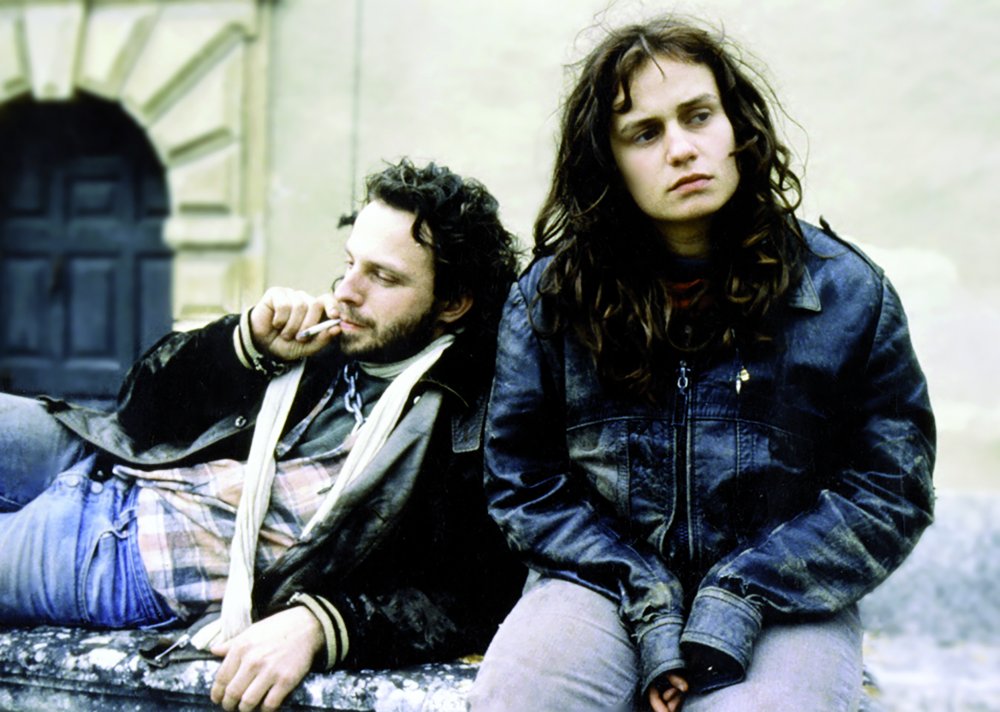 Mona, too, finds that there is no way out: wherever she goes, there are men who want to use her, or women who want to surveill her and clean her up, or communities that want to ignore her. Whereas Ada is property, and finds that the apparent privileges of being property entrap her, Mona wants to not belong. She has left a job as a secretary, and her primary offence against society is that she is – wilfully, as some characters see it – poor.

Whereas Campion’s Ada has inspired a few defiant period dramas in which middle-class white women contest and defy the boundaries of their class and position, films about poor women taking up space are far less common. Penny Woolcock’s Tina Goes Shopping (1999) is a striking example, but Tina – unlike Mona – is a community builder, someone around whom a family, however ramshackle, coheres across the trilogy of films in which she appears. Kelly Reichardt’s Wendy and Lucy (2008) comes closer to Mona’s absolute outlaw status, as Wendy (Michelle Williams) experiences the spiralling debts and exclusions of precarity. 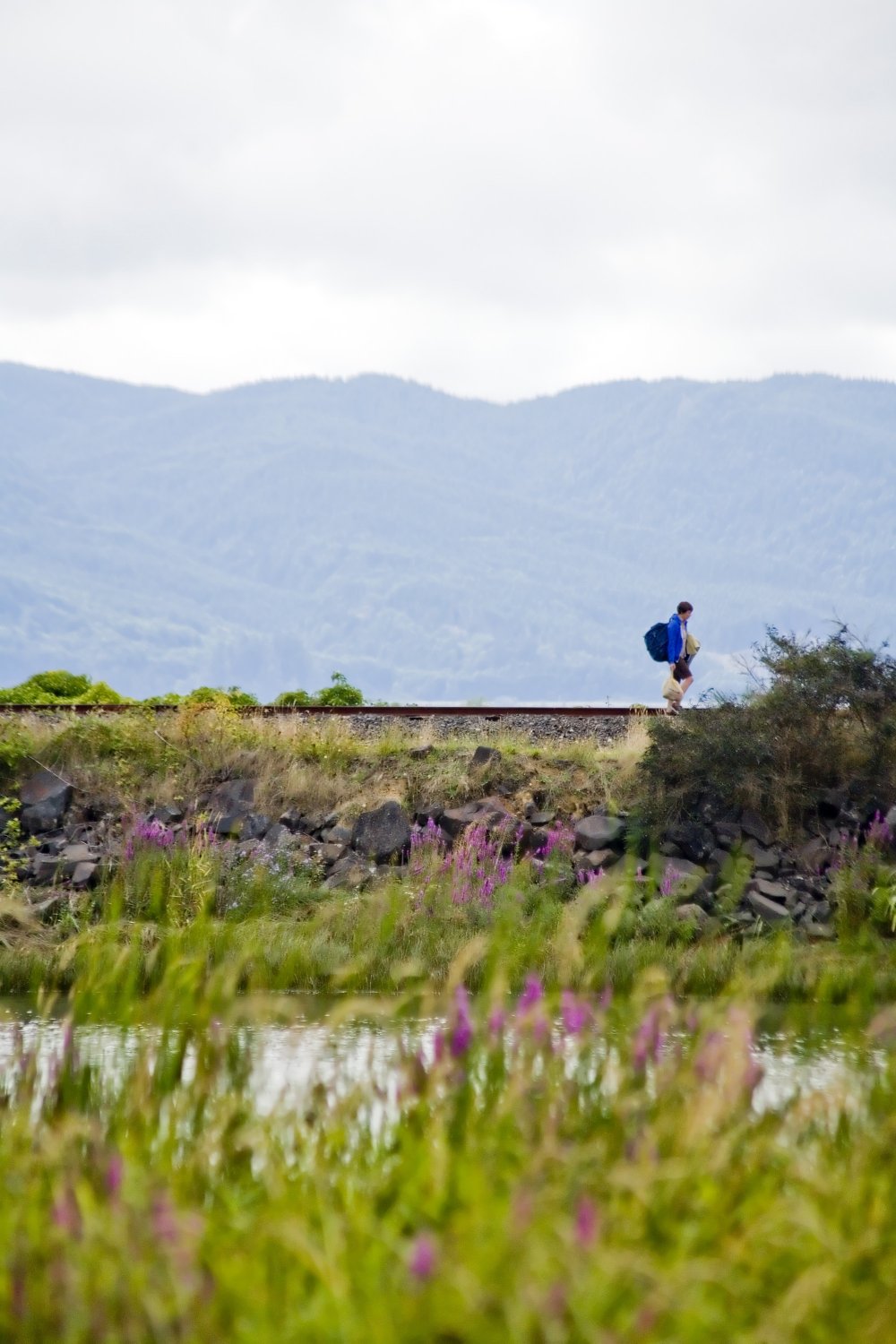 As James Baldwin described in his essay ‘Fifth Avenue, Uptown’: “Anyone who has ever struggled with poverty knows how extremely expensive it is to be poor.” Baldwin was speaking specifically about racism as a cause of poverty in America, and fiction films about poor women of colour on the move are even less common than those about poor or downwardly mobile white women.

Ruby (Emayatzy Corinealdi), the protagonist of Ava DuVernay’s second fiction feature Middle of Nowhere (2012), lives and works as a nurse in Compton and her main travels are by bus, to get to work and to visit her husband in prison. Ruby is held in shallow focus close-up on the bus, with cuts to her point of view: we travel with her. For Ruby, the bus is both a symbol of racialised impoverishment (given the poor public transit in and around LA) and (thinking of Rosa Parks) of a provisional liberation. What Ruby and Wendy share is a lesson in interdependence: both make tentative connections – Wendy with a security guard, Ruby with a bus driver – that enable them to travel further, free from respectability politics. 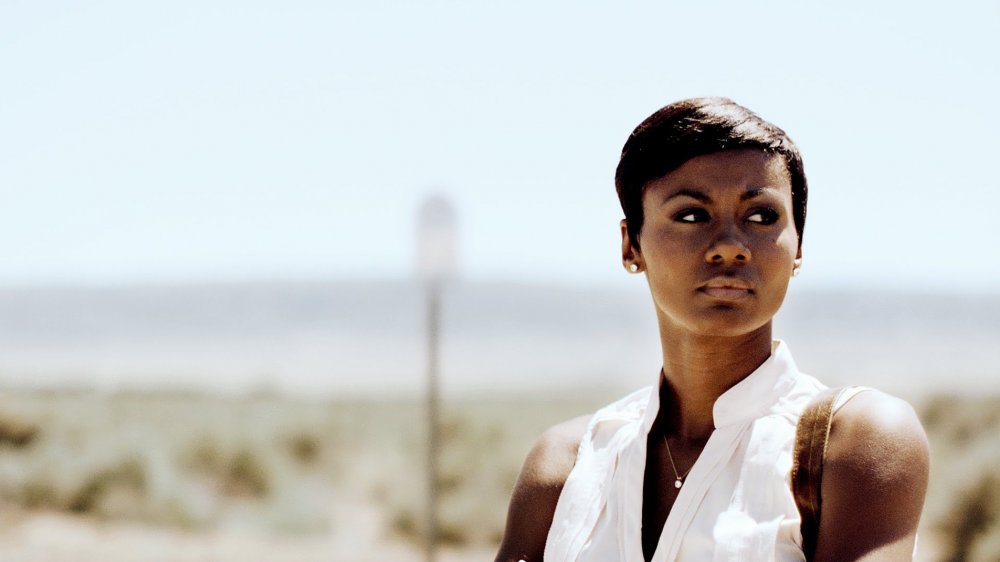 Perhaps we cannot afford Mona’s extremity any longer. Varda’s film is filled with rage about poverty under a right-wing government and the abandonment of once-thriving agricultural regions to ruin. Mona’s death is that of the land’s. Recent British cinema suggests that we need a Mona who, like Ada, might rise and renew. In Hope Dickson Leach’s The Levelling (2016), Clover (Ellie Kendrick) – who shares Mona’s intensity of purpose and her capacity for hard agricultural labour – returns home to the failing family farm, a narrative echoed in Clio Barnard’s Dark River (2017). Clover, like Mona and Ada, finds herself (in both senses) in a self-baptism in dangerous, freezing waters, and survives to stake her place in the wider, wilder world.